Anti-lock brakes are one of a car's most basic safety features, so naturally, I decided to remove them from the Miata.  This is not without precedent.  Many Miatas didn't come with ABS, and most of them have avoided skidding off the road.  I also don't plan on driving the Miata in adverse conditions, so it shouldn't be too big an issue.  I'm not sure I've ever activated ABS in the real world in any car I've driven, plus I've been trained to maximize braking without it.  Finally, the "three channel" ABS in the Miata is a very early system, which is not terribly effective.  Most importantly, it's heavy, so it had to go.
The ABS hydraulic unit is basically a big chunk of metal, weighing the car down.
I was able to replace that giant hunk of metal with a tee and a union.  Some bending of the lines was required.  The tee is for the front brakes and the union is for the rear.  The line routing is much more complicated than it needs to be, but I was able to avoid having to cut any lines and make new flares.
The bracket that held the ABS unit also held the fuse box, but it was too heavy to leave in there, so the fuse box is now secured with a zip tie.

I took this opportunity to also replace the stock proportioning valve with an adjustable one.  If you're not familiar, the proportioning valve determines how much braking power goes to the front vs. rear wheels.  The stock proportioning valve has a fixed distribution of braking force, which is fine for a stock vehicle, but the moment you make significant changes to the car, that balance is probably no longer appropriate.
To replace the stock valve, I used a Wilwood adjustable proportioning valve with adapters to work with the metric brake lines and a union.  The way this proportioning valve works is to simply limit the braking force to the rear wheels.  I will need to dial it in to the right balance, but I should be able to get better braking.  A little bending/rerouting was required, but nothing major.  I even managed to mount the new valve using the old hardware.
After the main hydraulics were buttoned up, it was time to bleed the system.  I probably didn't need to bleed all four corners, but I figured I might as well, and I needed to access all four wheels anyway to remove the ABS wheel speed sensors.

Check out the quality hole Mazda drilled for the sensor wire.
The wire routing was very secure, but it had to go. 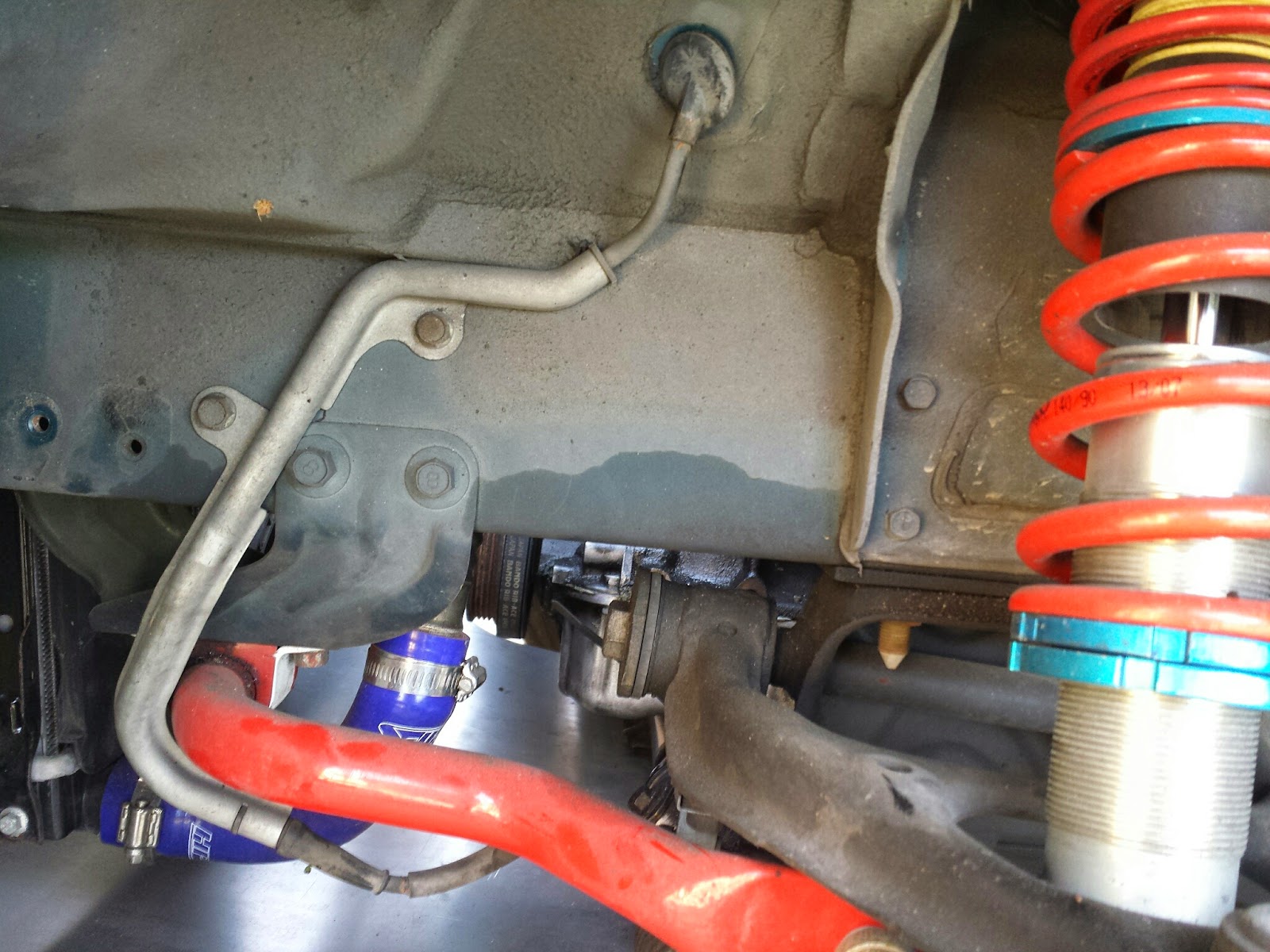 I stole a piece of tubing from work to make the brake bleeding much cleaner. I just need to remember not to drink this particular bottle of "wine." 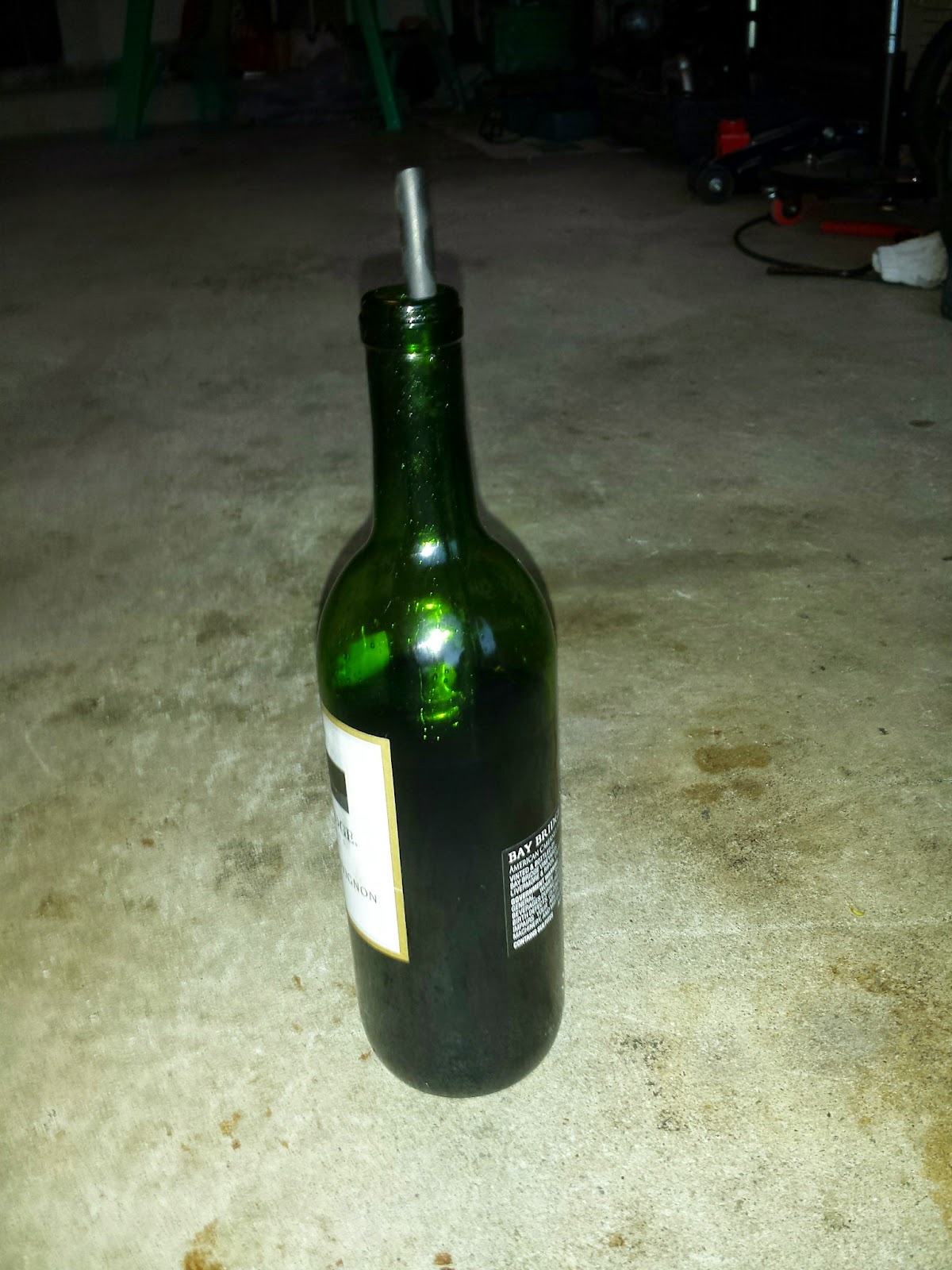 The final piece to remove was the ABS control unit.  Contrary to what the service manual says, the box is located behind the passenger seat, next to the engine control unit.  It is important not to remove the wrong one. 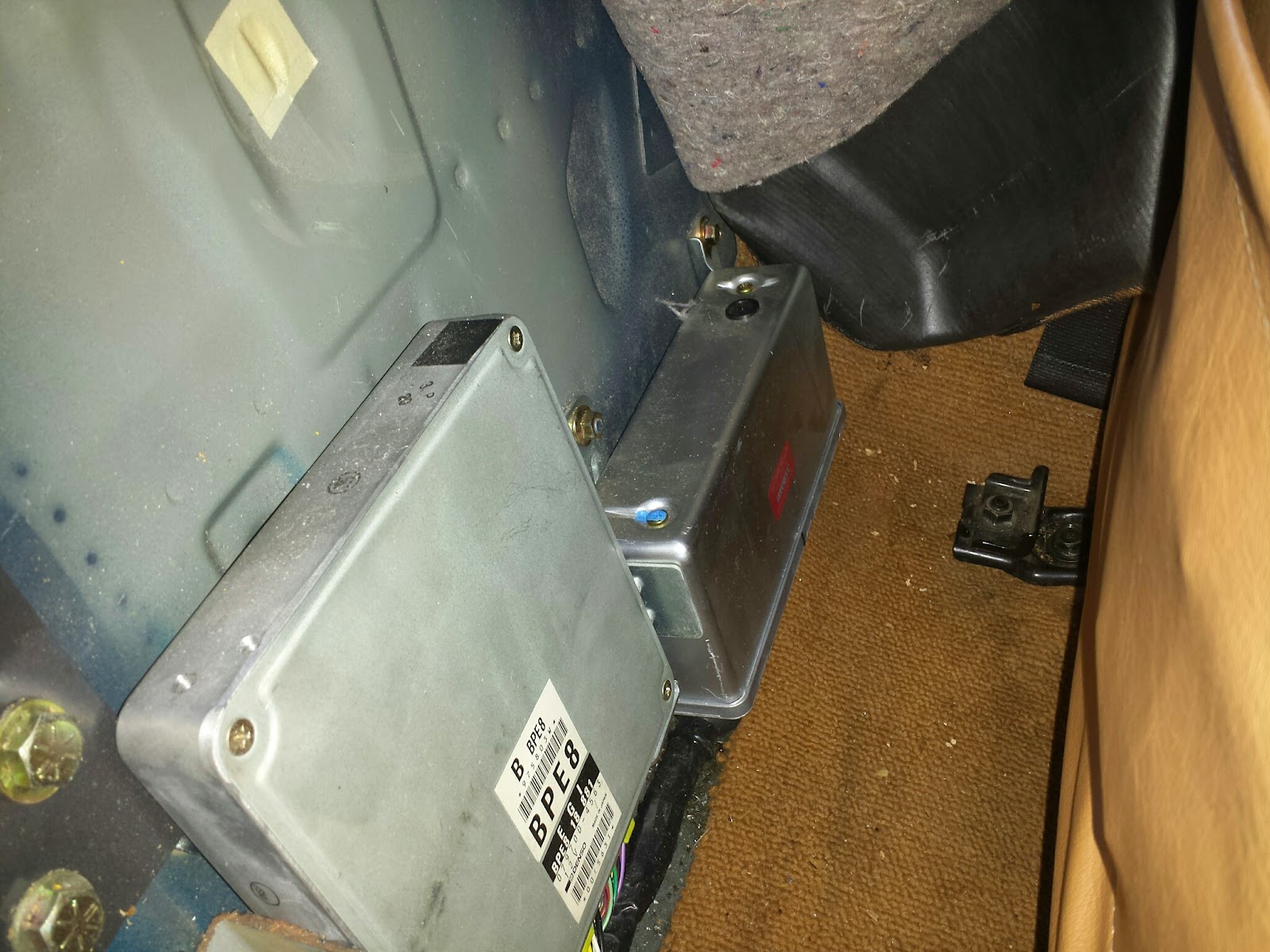 Here's everything I removed, which weighed 19 lbs, 11 oz. (3.25 lbs of which was the wheel speed sensors--dreaded unsprung weight)  I did have to install some new parts, so I will estimate the Weight Savings:  19 lbs. 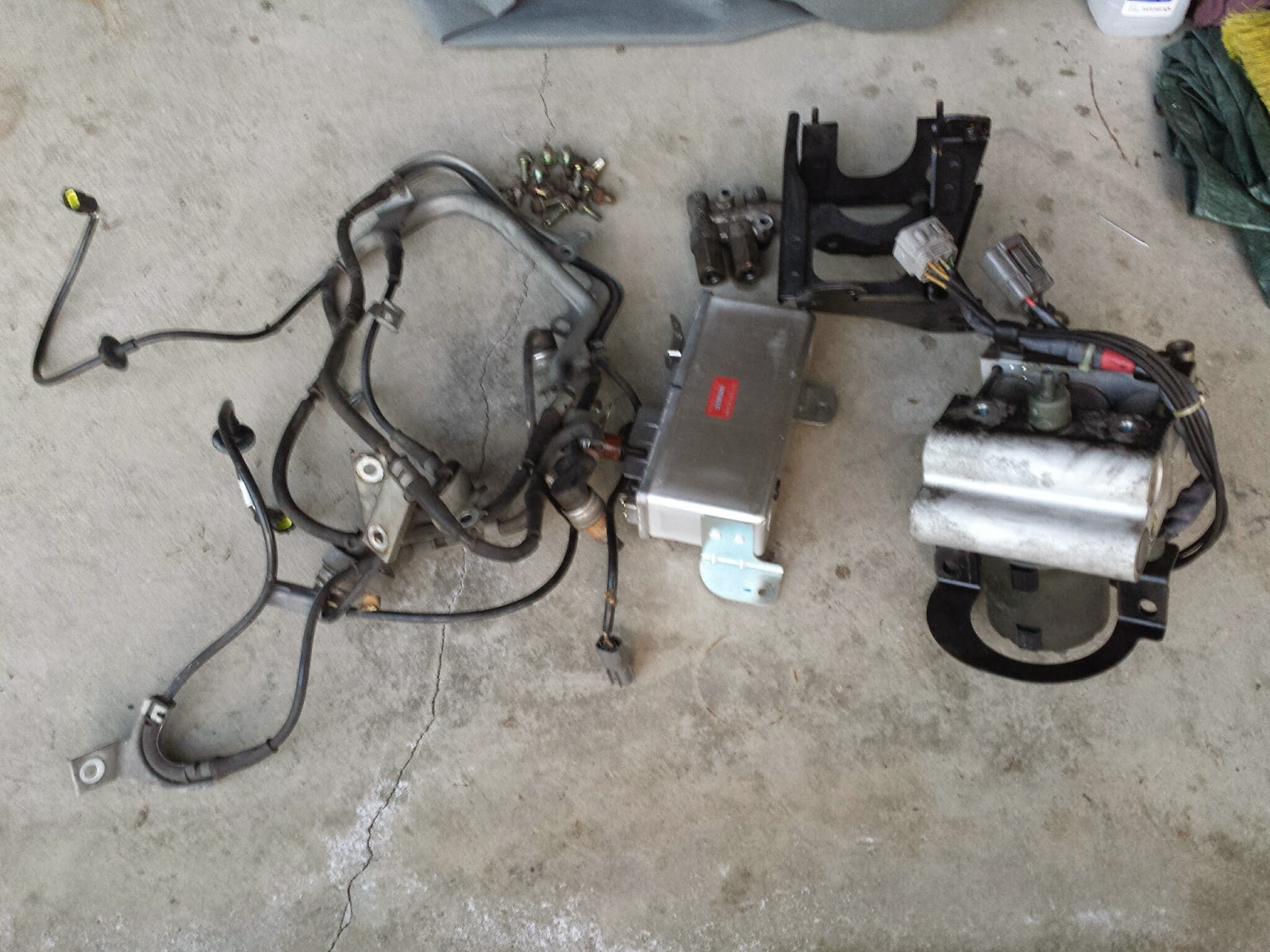 I took the car for a test drive and confirmed the ABS is gone, confusing some pedestrians in the process.  They couldn't figure out why someone was locking up the wheels for no apparent reason.
I also confirmed there are no leaks in the plumbing, which was a pleasant surprise (I will admit I discovered one leak while bleeding the system, but it was just a fitting I didn't fully tighten on the new tee).  Now all I need to do is figure out the brake bias and I will be set.  The only question is where to do that?
Posted by Andy
Labels: Car, Miata, Unnecessary Risk