The Miata came with spiffy polished sill plates.  I have considered removing them in the past to save weight, but they appeared to be holding the carpet down, which I appreciated.  I recently realized I could slim them down to at least save a little weight.  After pulling them off, my decision to keep them was confirmed when I saw how unattractive the bare sills look.
I decided where I wanted to cut and then trimmed them.  I had to keep the Miata script. 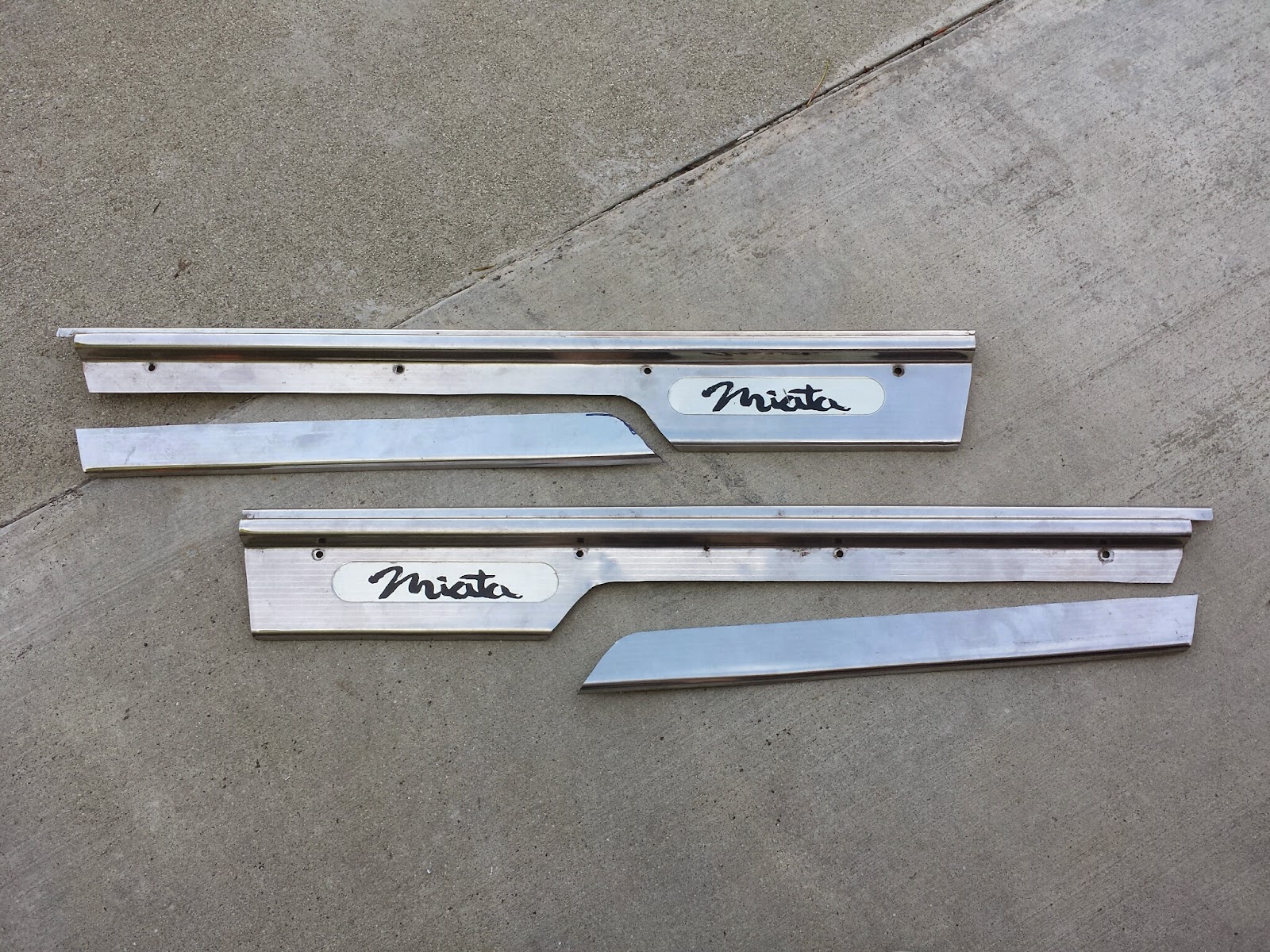 I cleaned up the cuts with a file and hit the back with some of the rubberized undercoating to try to prevent them from rattling.  They previously had some double stick tape in addition to the screws. 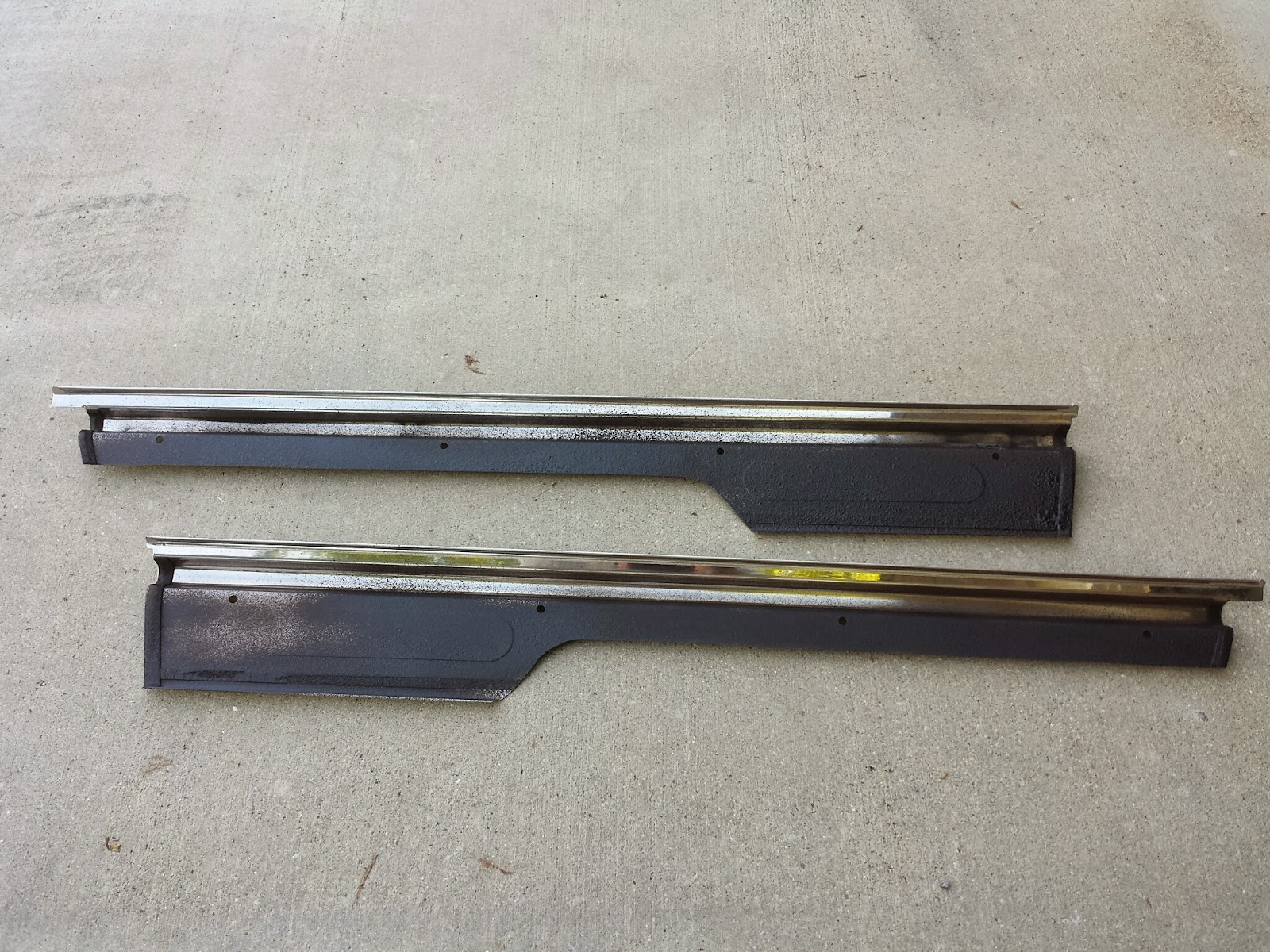