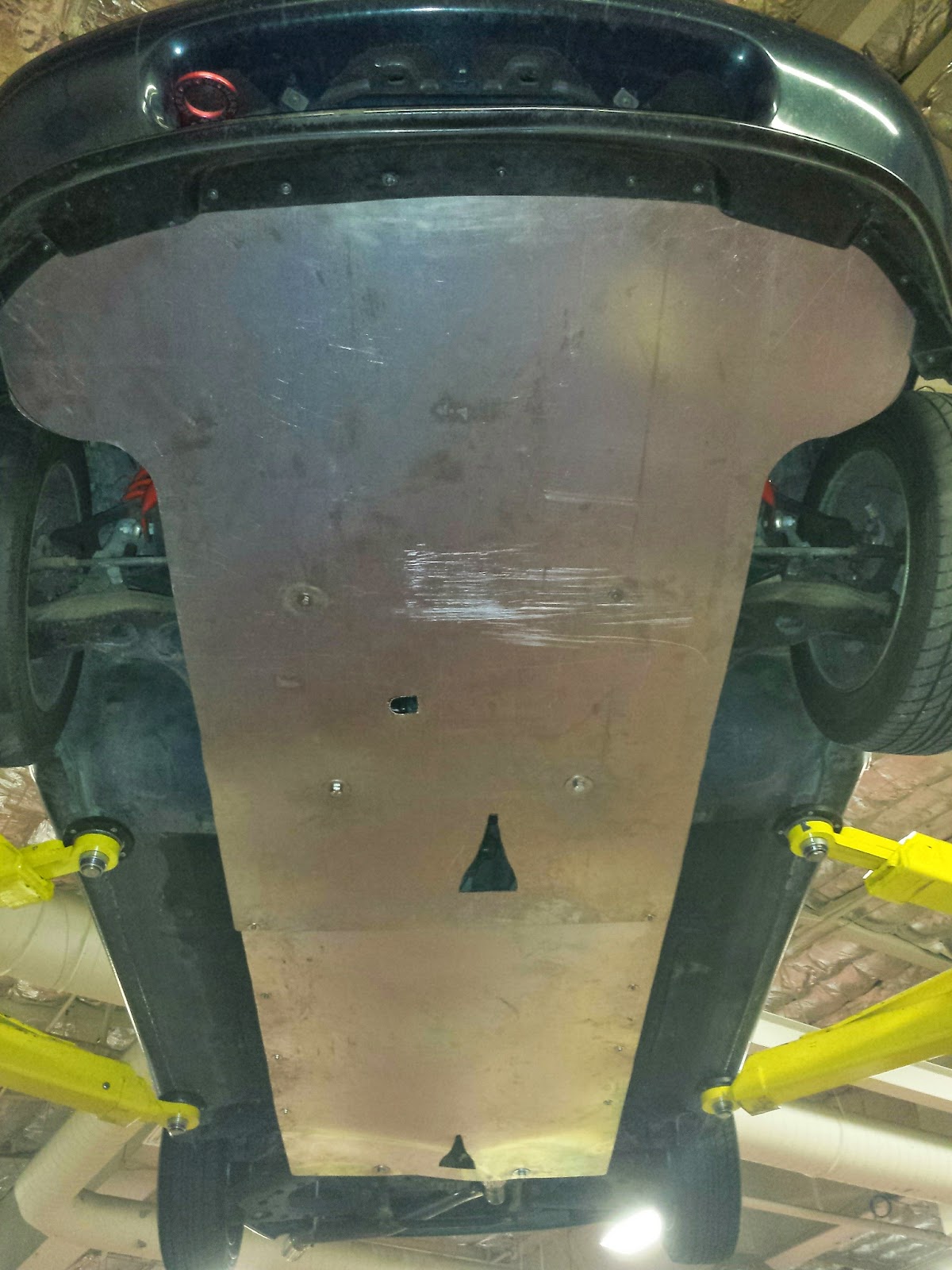 I had some serious concerns about excessive exhaust heat getting trapped by the undertray, and I was also warned about overheating the differential.  That meant it was time for some NACA ducts.
The front one will hopefully blow air down the center tunnel of the car, keeping the exhaust, catalytic converter, and surrounding area at a reasonable temperature.  It should work when moving, but sitting in traffic could be interesting.
The rear duct is obviously for the differential.  Adding these ducts will change the plan for the rear diffuser slightly.  While I originally wanted it to come up flush to the bumper, I'm now going to have to design it to let this air out.
You can also see the hole I added that will allow me to drain the oil without removing the tray.  Using the lift at work made this quite a bit easier, and let me get a much better photo than before.
Posted by Andy
Labels: Car, Miata