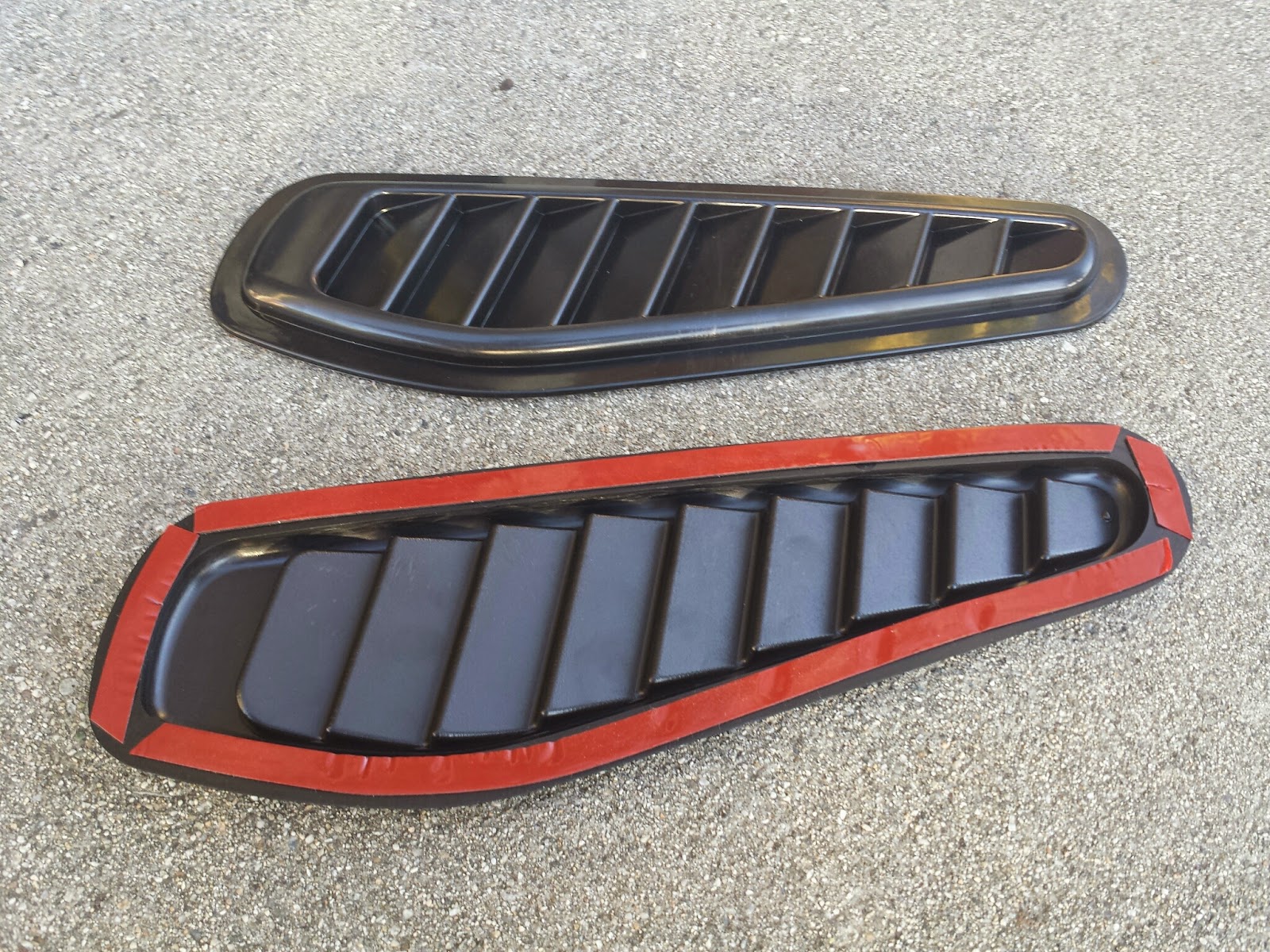 With the size of the front undertray, I was a little worried about underhood temperature and pressure buildup, as I mentioned in my first post.  I decided to go ahead with the hood vents, and of course, I had to do it as cheap as possible.  I started with the "Pep Boys" vents you see above.  They were about $10 and came from Amazon.com.  I was worried they would be really flimsy, but they are actually very stiff, made of nice thick plastic (ABS?).

They are designed to be stuck on a car with double-stick tape, and were clearly not made to do any actual venting, but I had a plan to change all of that.  I started by roughly cutting the vents open with the Dremel. I then spent an inordinate amount of time manually opening up the holes even more with a file.  I wanted them to be perfect. 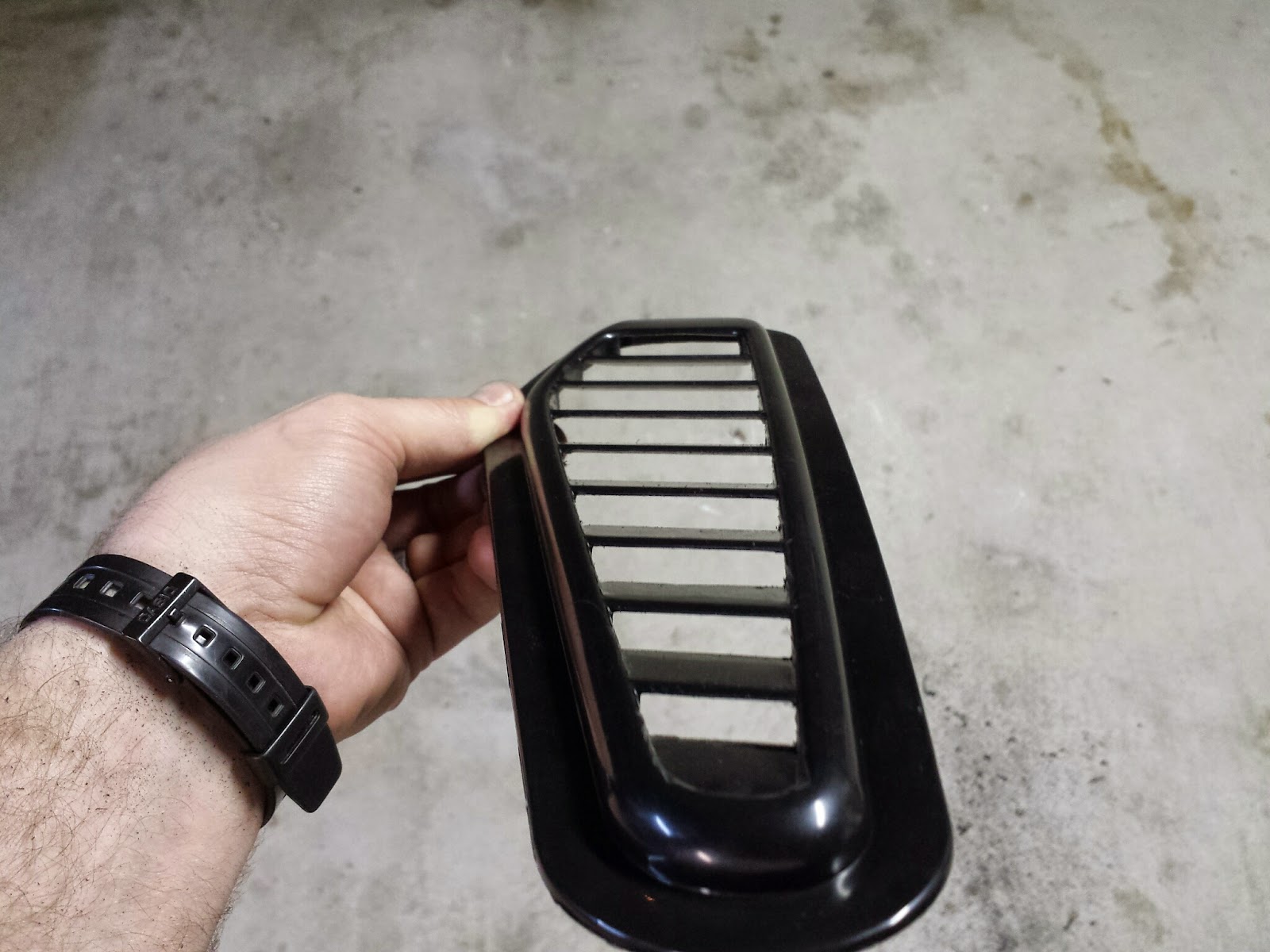 Here's a nice before and after shot. 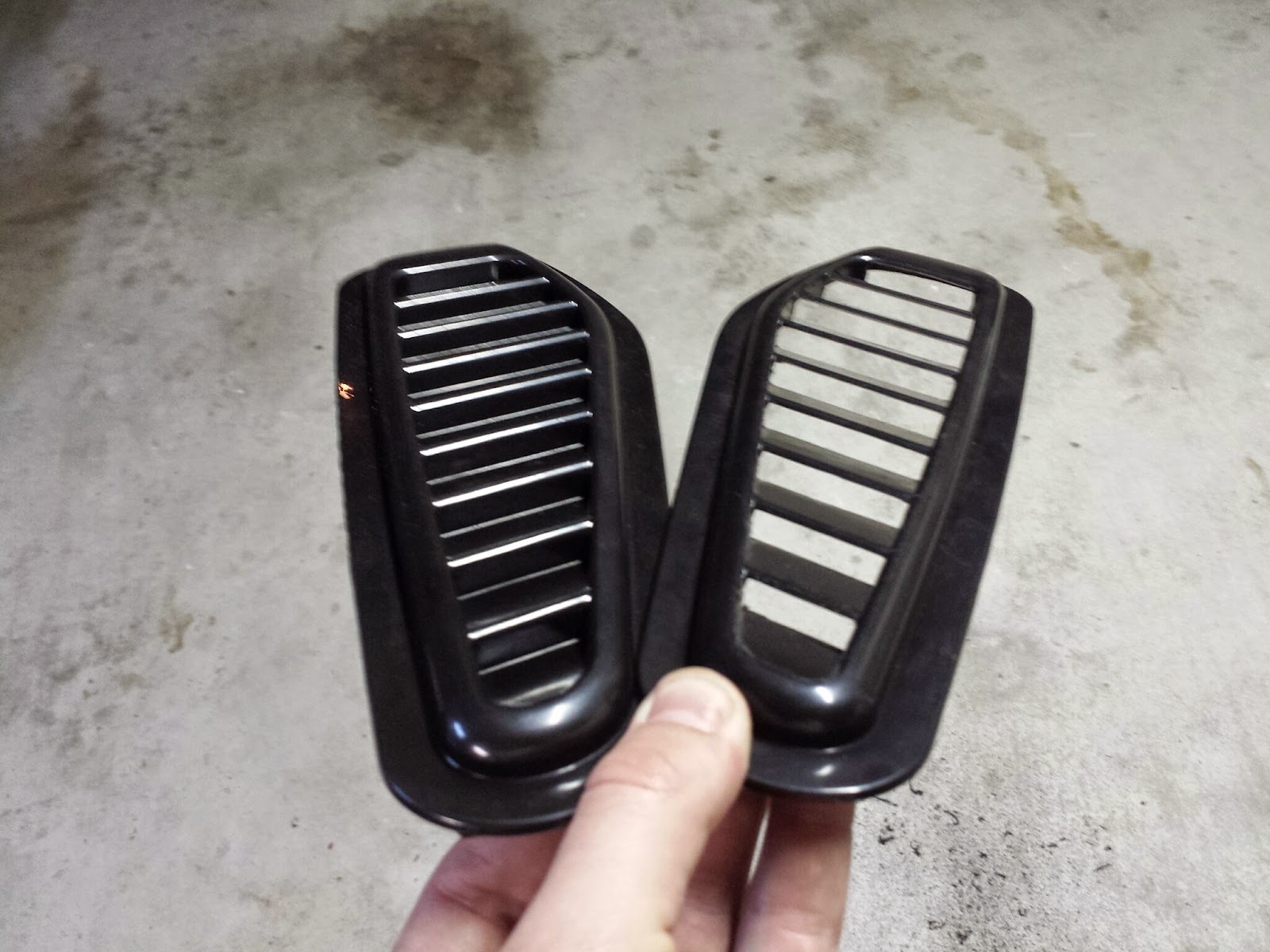 Unfortunately, after finishing the first vent, I had do do the second one. 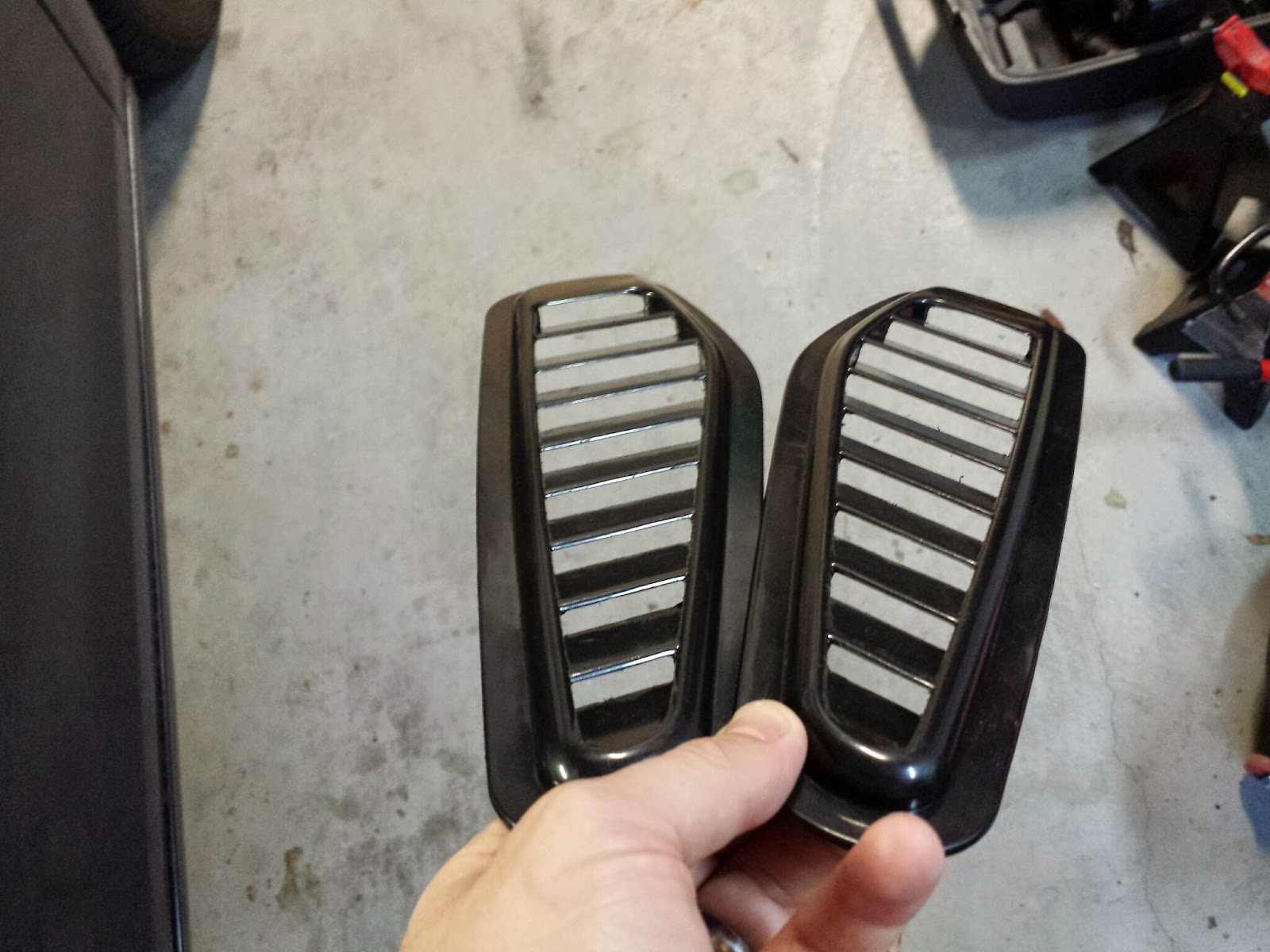 Here's where the trickery begins.  instead of just sticking the vents on the hood and having them stick up, I planned to flip them over so they would actually go down into the hood, so the only part on top of the hood would be the flange.  That meant I had to remove the pre-installed double-stick tape.  Under that I discovered some molding markings that would have to be sanded off. 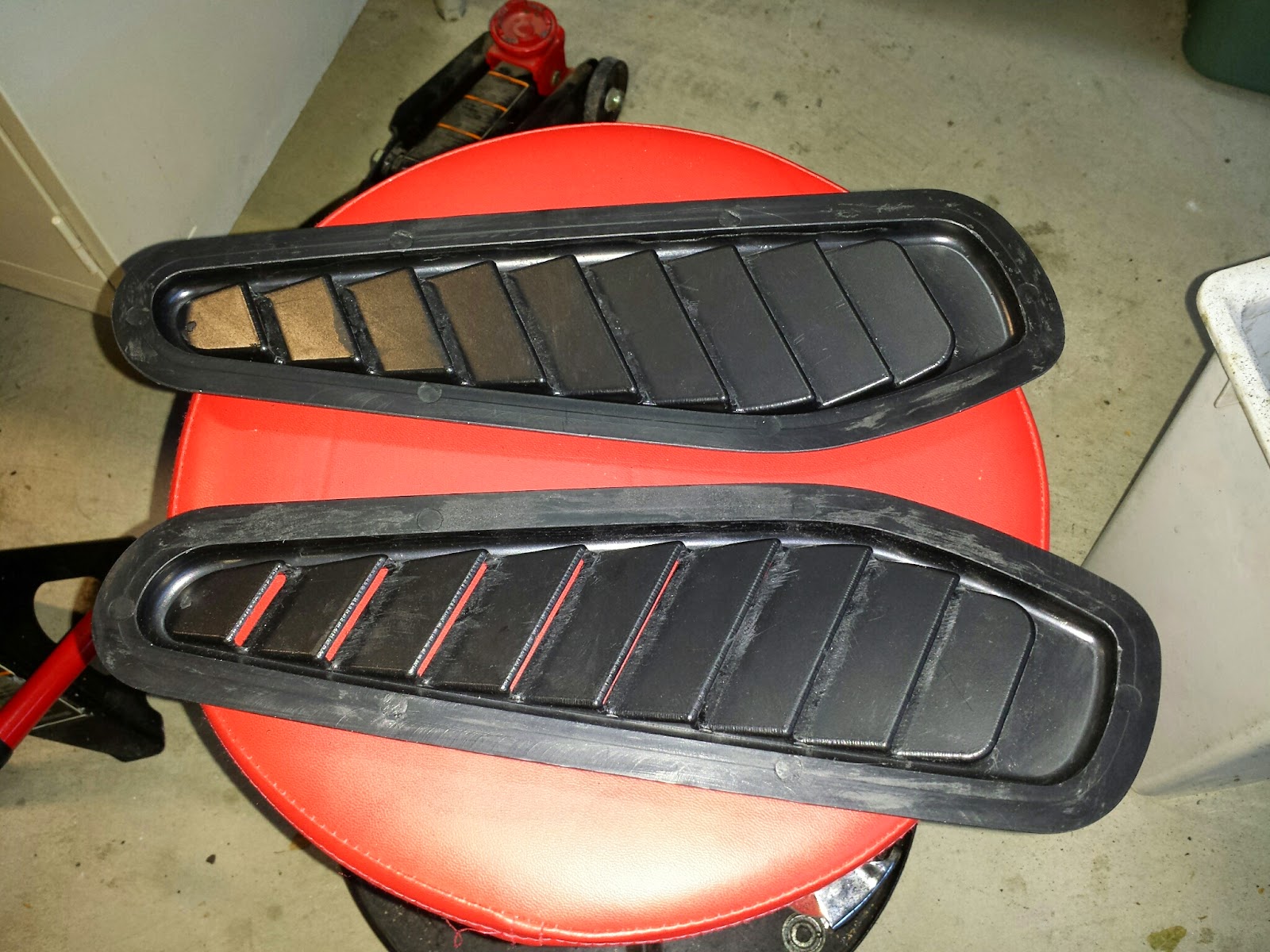 After even more manual labor, here's the finished product compared to the original.  I decided I wanted to go with a "brushed plastic" look, even though that's not really a thing. 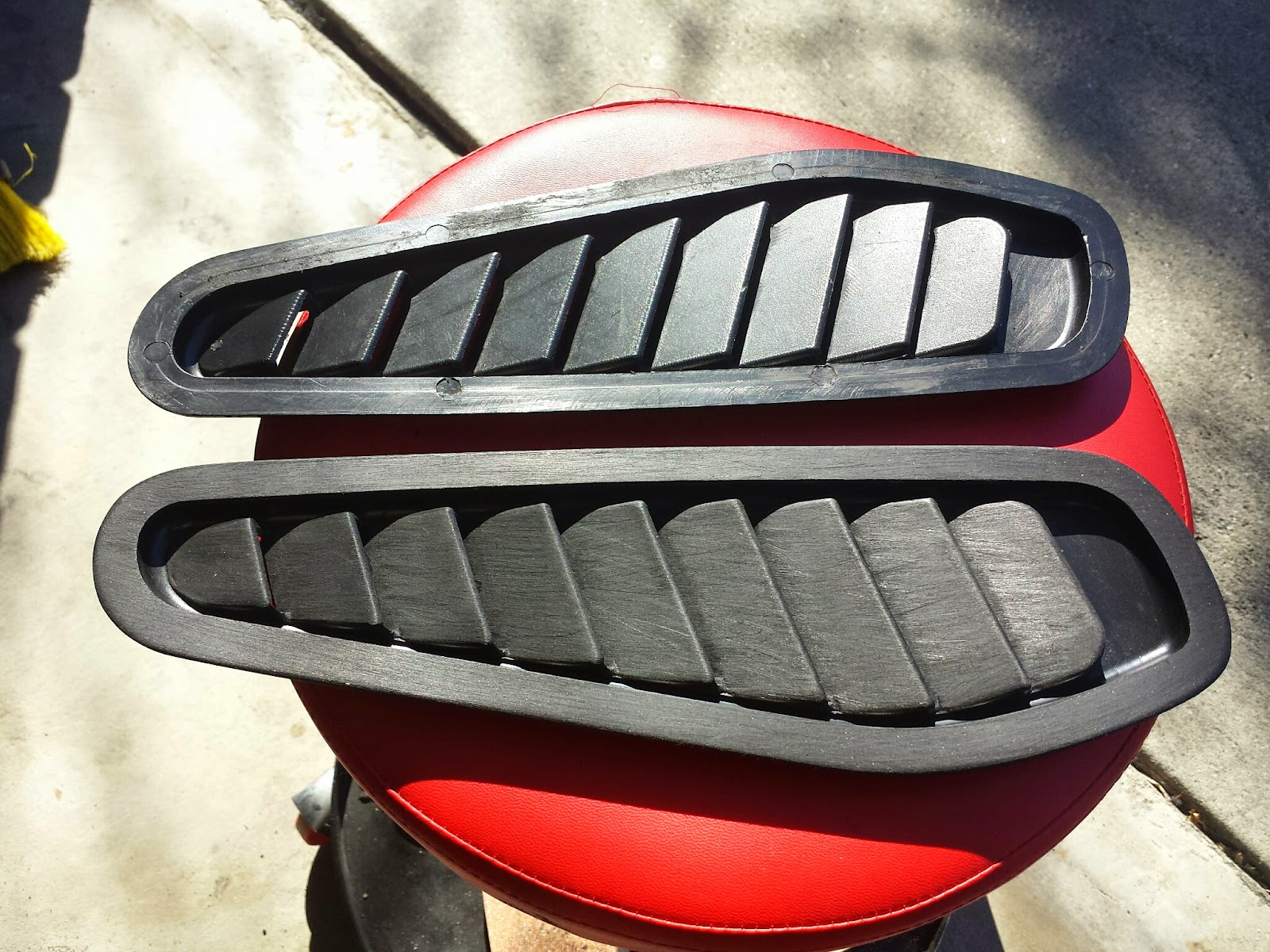 After finishing the second vent, it was time for the moment of truth--cutting holes in the hood of the car.  This was a tough step for me, because I'm reluctant to make non-reversible changes, but I decided to go for it. 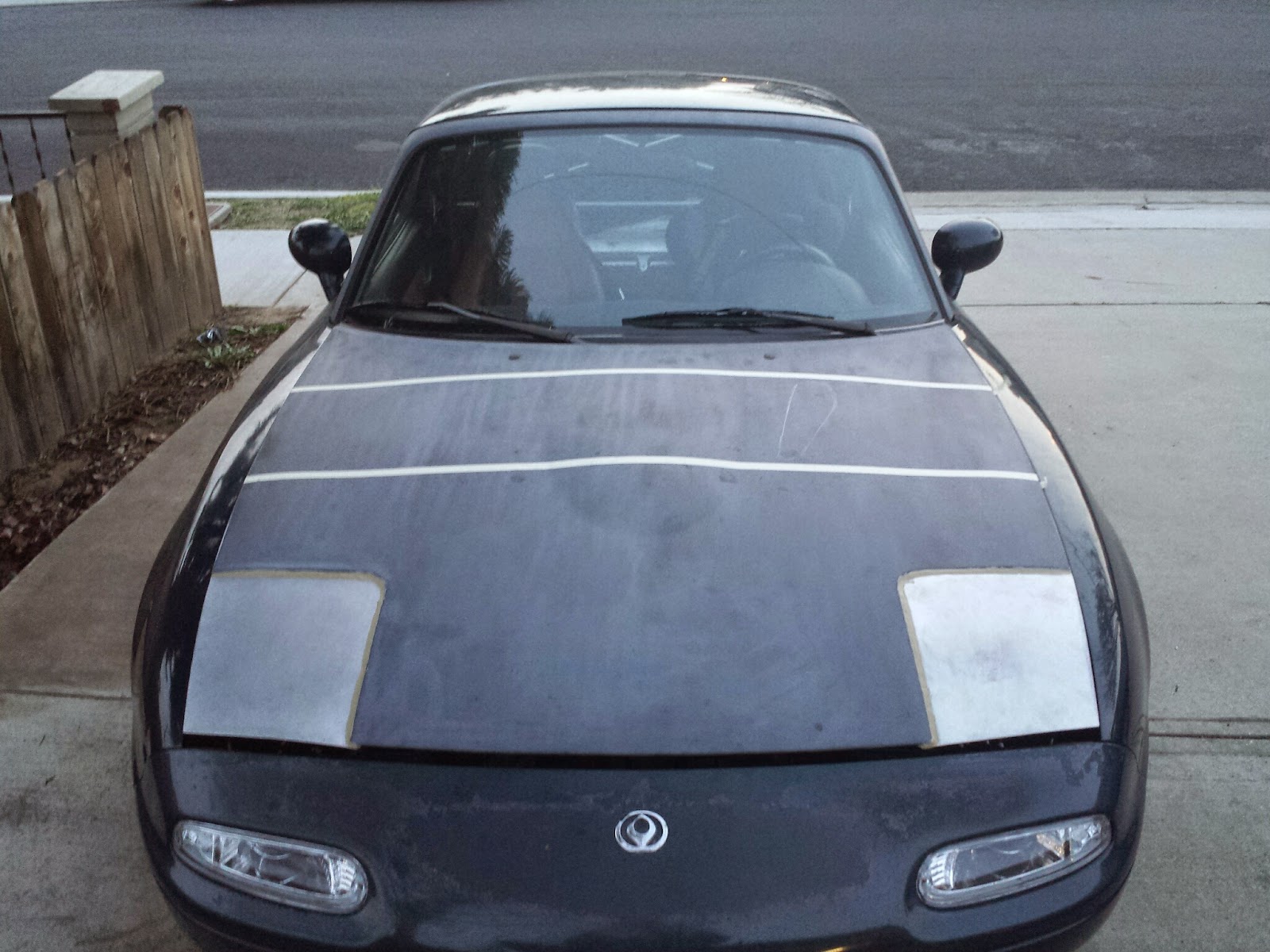 The fist cut was hard, but I did it.  At this point I'm committed.  You can see some of the bracing was in the way. 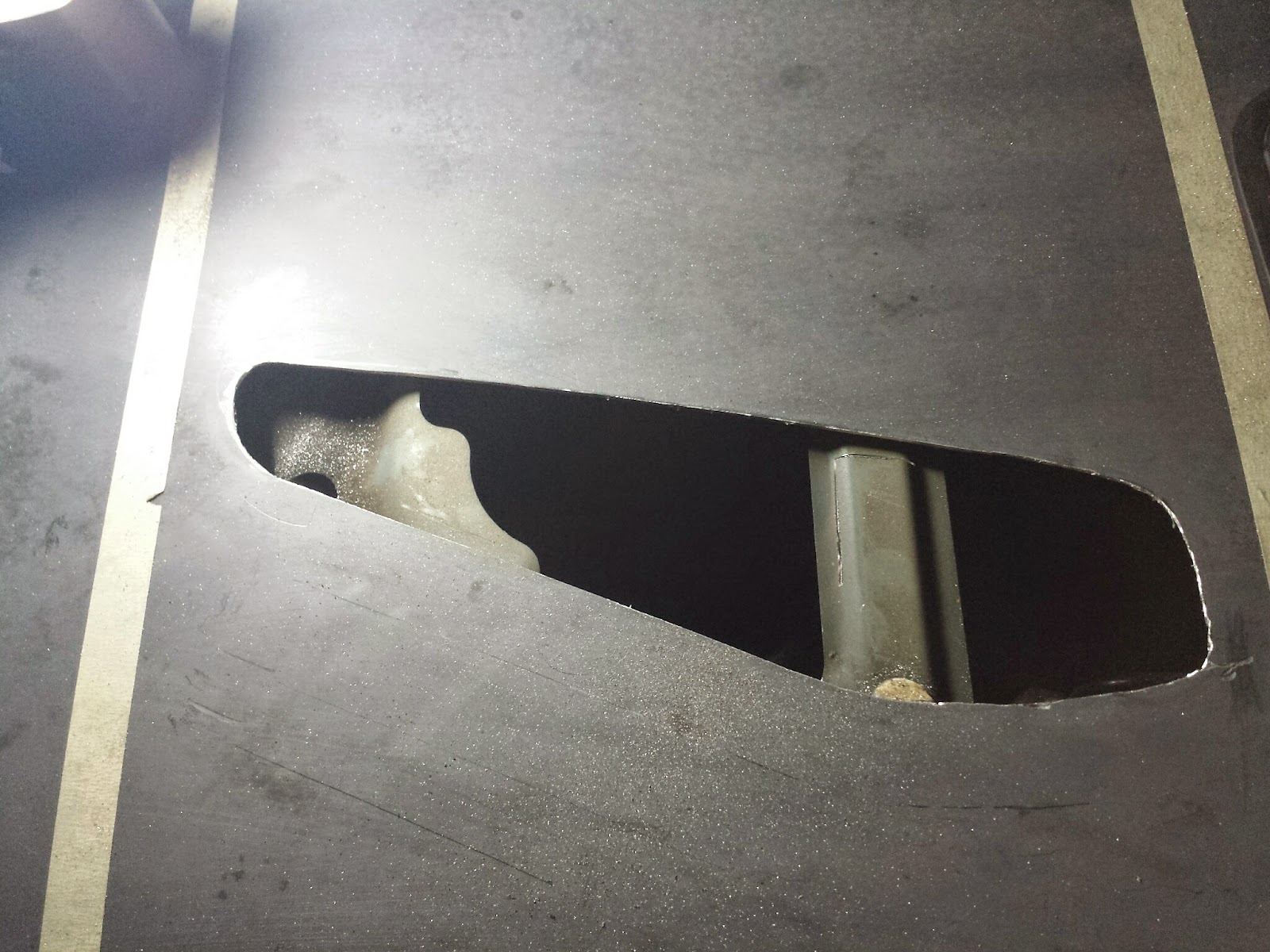 I trimmed the bracing to optimize the fit, including the addition of speed holes. One hole down, one to go. 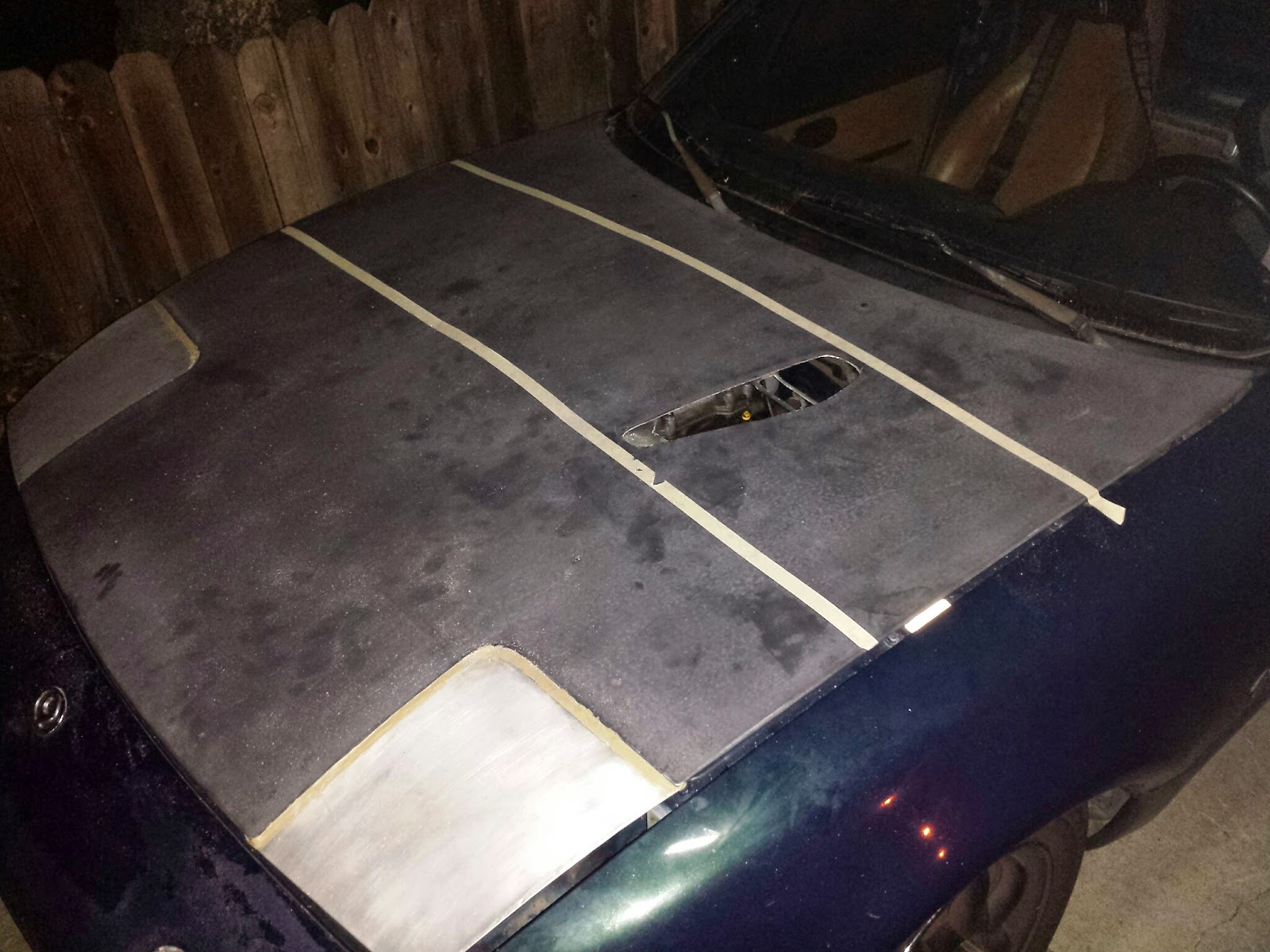 The hardest part was getting the second hole symmetric with the first. 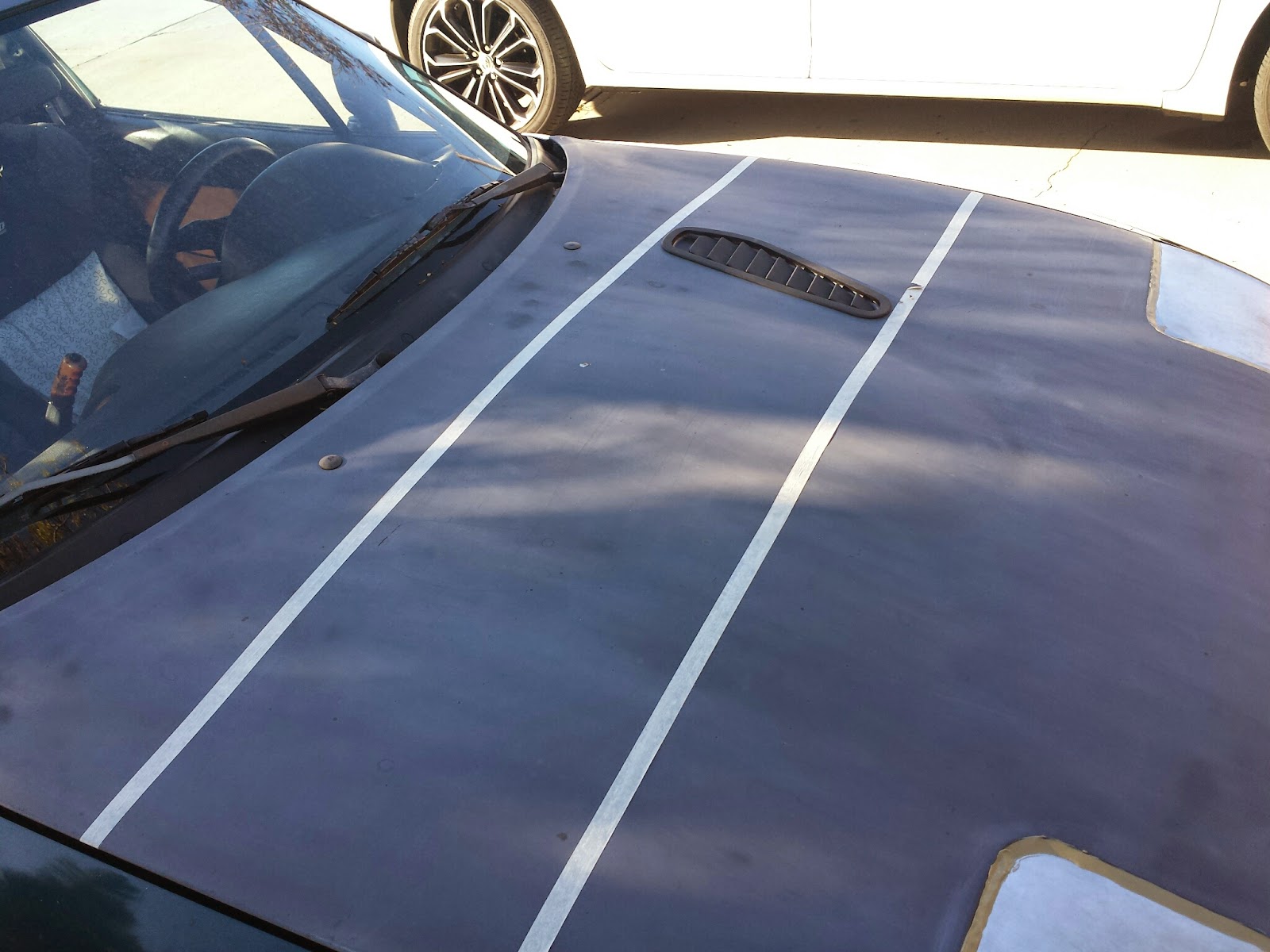 Before attaching the vents, I wanted to give them a subtle curve to match that of the hood. 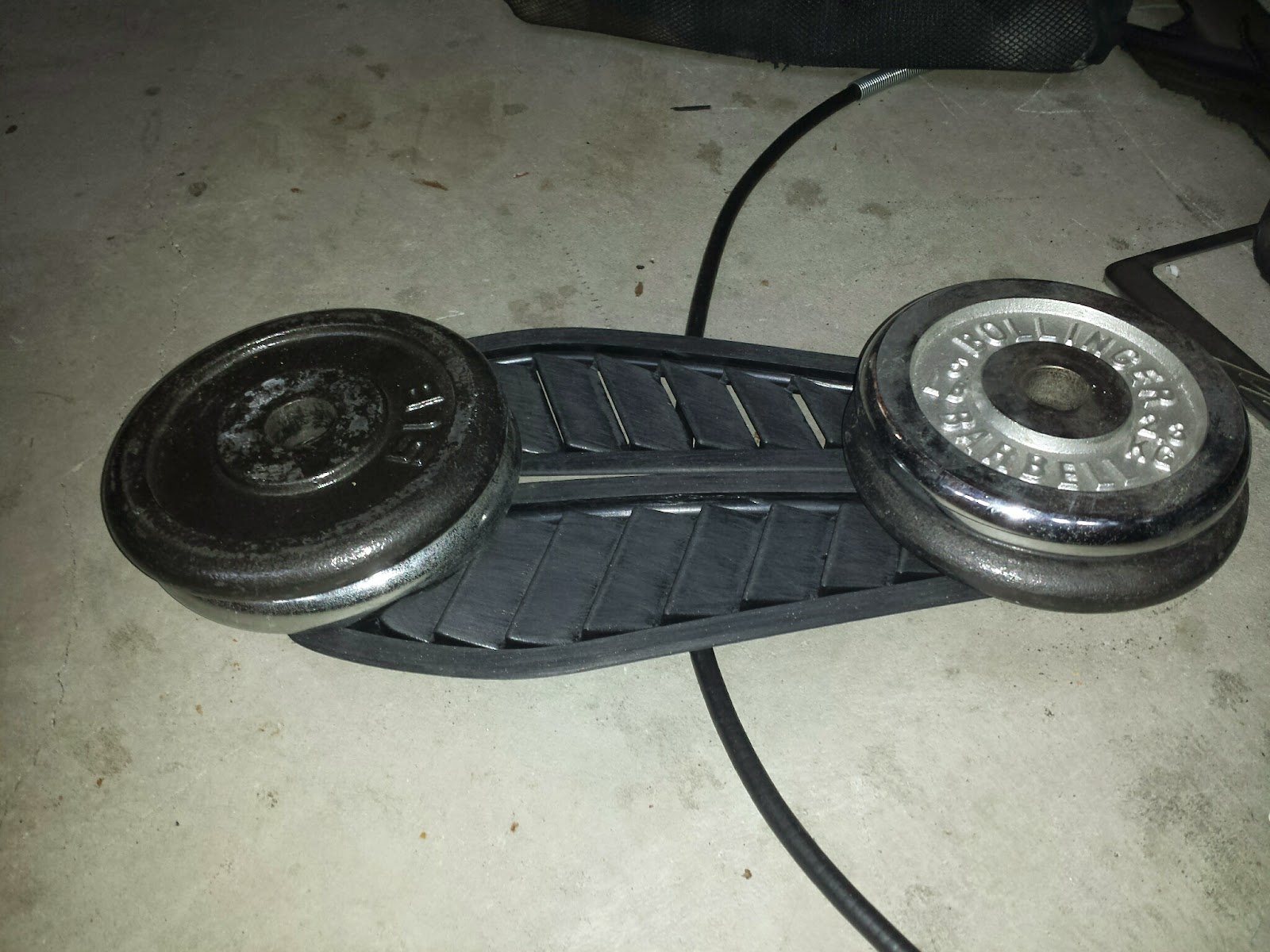 You can judge for yourself if I got them straight.  I think it's close enough, if you squint and tilt your head just right.  At this point the vents are just sitting in the holes but I will glue them in soon.  It seems to be a success.  When driving, I can see heat waves wafting up through the holes. 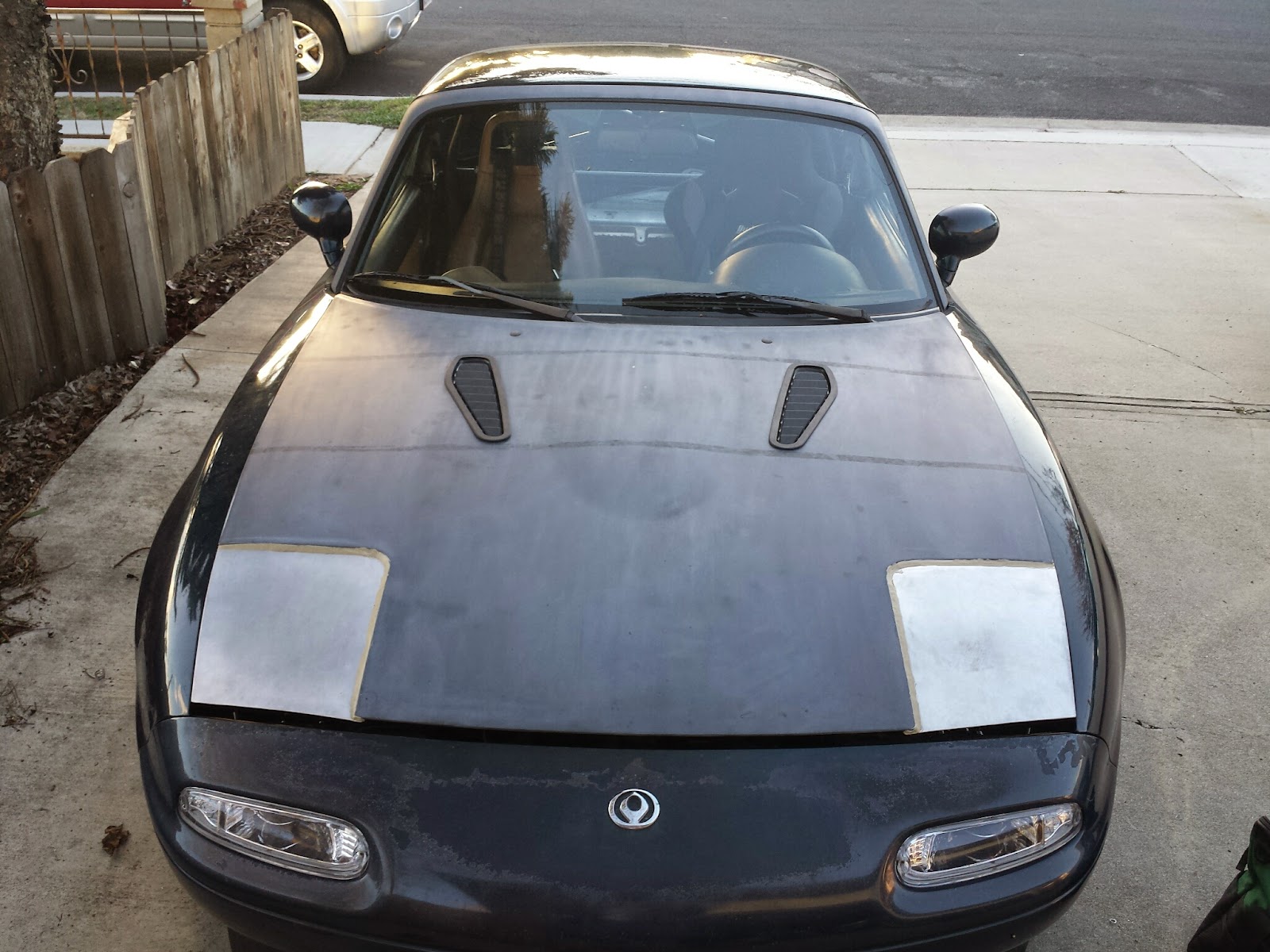