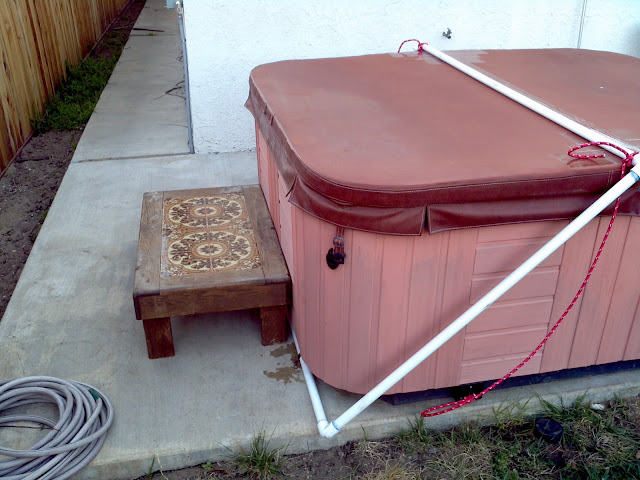 FYI This is the 150th post on Pekema Projects.

As I mentioned in my previous post about the An-D Lifter, the ropes aren't actually doing anything since we had the table to support the cover.
The ropes were starting to look tattered due to exposure to the sun, so I decided it was time to remove them.  I figured I would remove the eye screws too, since they have no purpose without the rope.  On top of that, the one in the walkway is a toe-stubbing hazard. 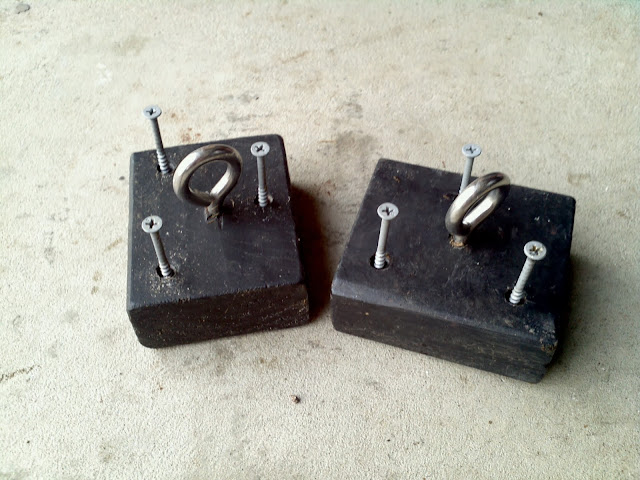 To my delight, I discovered/remembered the tip of my driver broke off in one of the screws when I installed it, so I had to go to some effort to remove it before I could get the screws out. 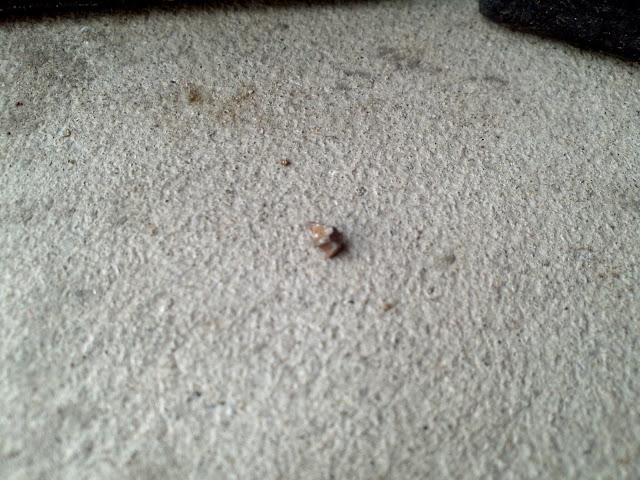 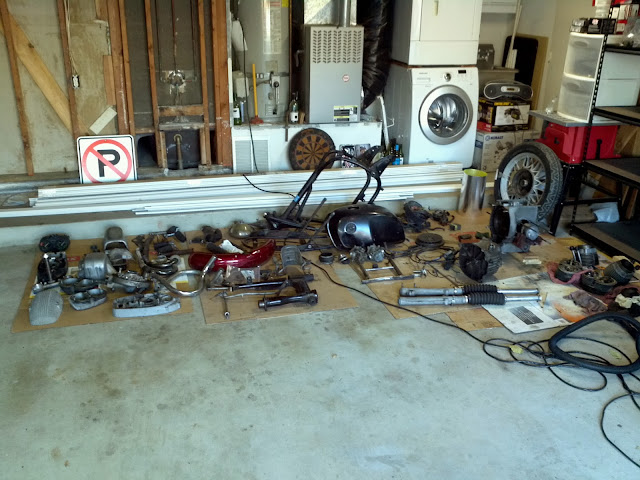 I decided to make a mess of the garage an went through all the parts for the bike and determined what the next step will be for them.  The most popular option is soda blasting for all the cast aluminum, but also sand blasting for some steel parts. 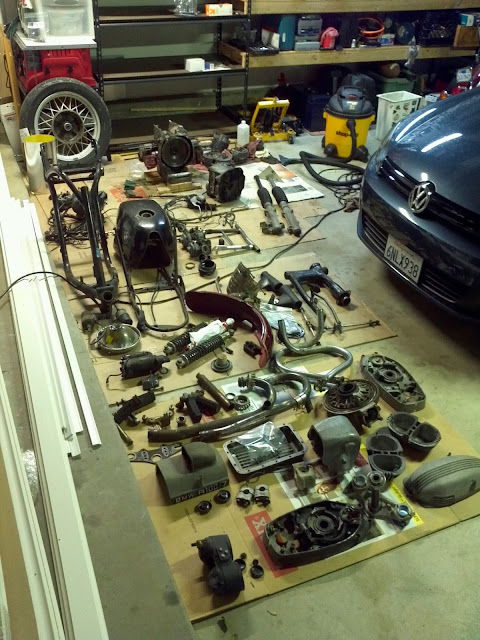 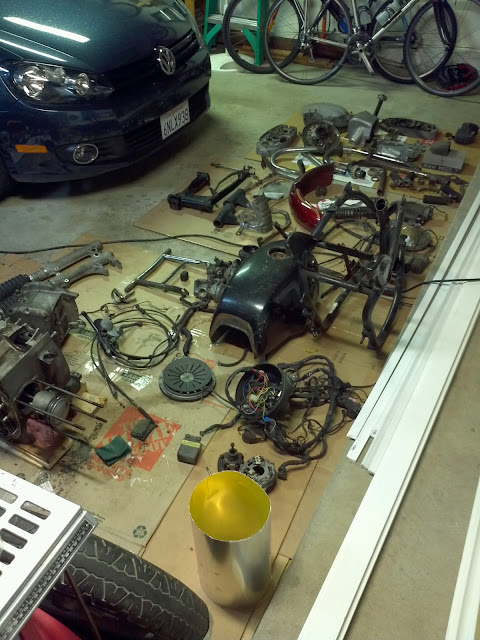 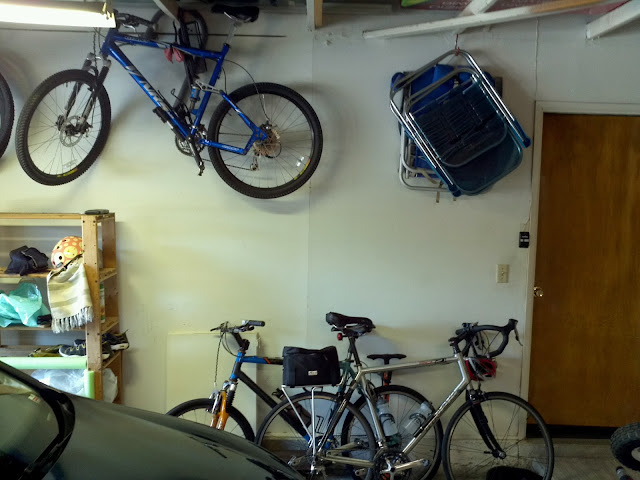 I finally got tired of the wagon always being in the way, so I decided it was time to find it a permanent storage location.
I noticed a nice, wagon shaped blank spot on the wall of the garage and had found my spot.
There was a nice rafter begging to be used, and the handle could slip right between the cargo carrier and the TV box. 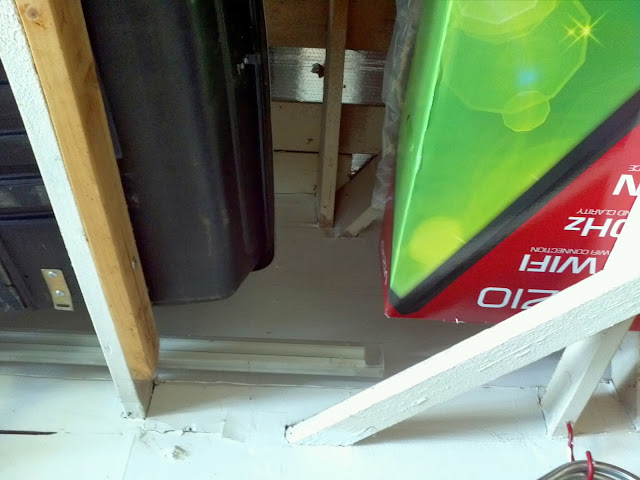 I think it turned out well: 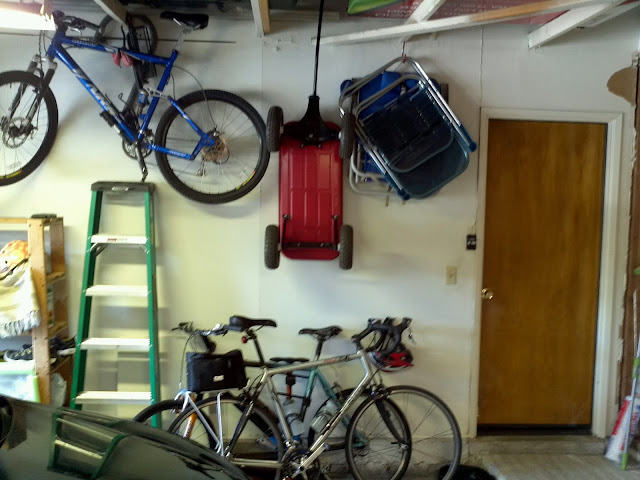 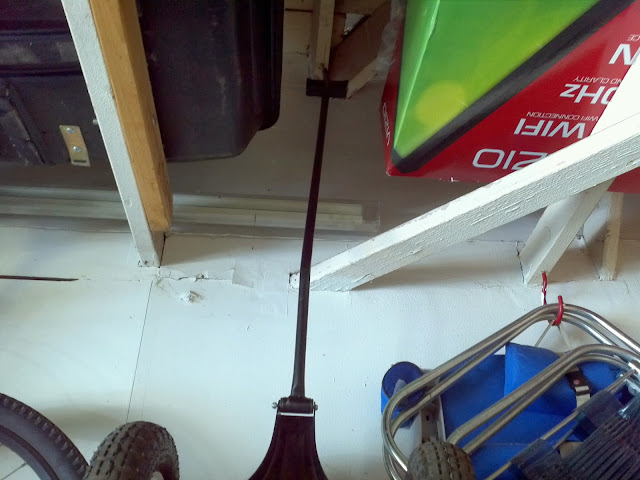