Chrissy and I have debated getting some sort of patio cover, and this freestanding solar paneled unit may just be the ticket, or at least something like it.  I don't know why I didn't think of it earlier.
I don't like the idea of being closed in by a patio cover, but it would also be nice to have some shade sometimes.  I think I could live with it if that shade was also producing electricity.

I think something like this one would be nice since it maintains an open feeling.

As you may or may not know, the 1977 BMW R100 is not my only motorcycle.  I also own a 2003 Yamaha V-Star 650 Silverado.  Like the one above, but with more accessories.  This is supposed to be my reliable Japanese bike that I can ride while I am restoring the BMW.  For a couple years it has been a trusty companion, but it started acting up some time ago.  The battery seemed to die for no reason.  I would charge it, and after riding for a while, the battery would be dead.  I finally realized the generator was shot.

According to the service manual, it didn't seem like a big deal to replace it, but I still procrastinated for nearly a year.  I decided I would inspect the stator before buying a new part, since it is more than $200 from Yamaha (but $115 on Amazon.com).  I finally got around to pulling the old stator out today, and it was a royal pain.

The stator is bolted to the inside of the left side engine cover and it has wires running up the frame of the bike.  In order to free the wiring, you must remove the speedometer, gas tank, passenger seat, driver seat, battery cover, tool box cover, transmission cover, "middle cover," as well as cutting several nearly impossible to reach zip ties.  To remove the actual stator, the engine cover must come off, but to do that, you first have to drain the oil, remove a clutch cable bracket, the kickstand (featuring the world's tightest bolts) and kickstand position sensor.

Once I had all those things removed, I had to feed the wiring through the bike so I could actually pull the stator out.  That proved to be one of the most frustrating tasks of all time.  Since it has a large connector, it got snagged on every possible item and had the most circuitous routing ever.  After finally getting the engine cover/stator freed, I had to remove the stator from the cover.  Easier said than done.  It was secured using the worlds tightest Phillips screws, two of which completely stripped even with me being very careful.  I had to turn them into slotted screws with the trusty Dremel.

Luckily, I was able to visually confirm the stator is toast (to supplement an earlier electrical test).
Now I need to order the new stator along with the screws I ruined.  I'm sure putting everything back together is going to be a cinch.

Also, I managed to hurt myself, so that made the whole experience even better. 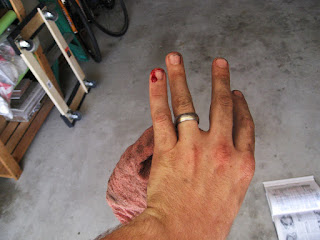 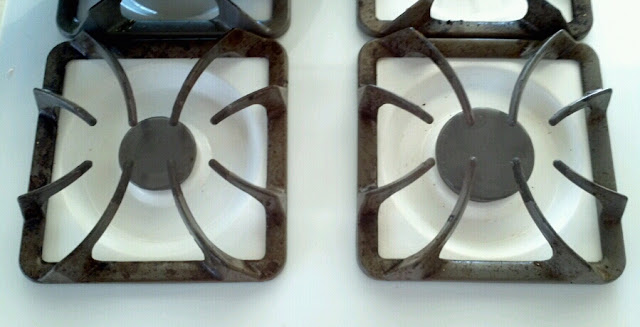 We finally got down and dirty with our stove-top, cleaning 1-2 decades worth of filth off of the burners.  It only took about an hour of fierce scrubbing with Soft Scrub and some industrial Scotch-Brite I bought for the motorcycle project.  They are actually white now!
Looking at the picture, I now realize we need to do the same thing with the grates.  More fun for us...

Unfortunately we didn't take a before picture, but it was bad.  This random image is actually pretty close to what it was like around the burners. 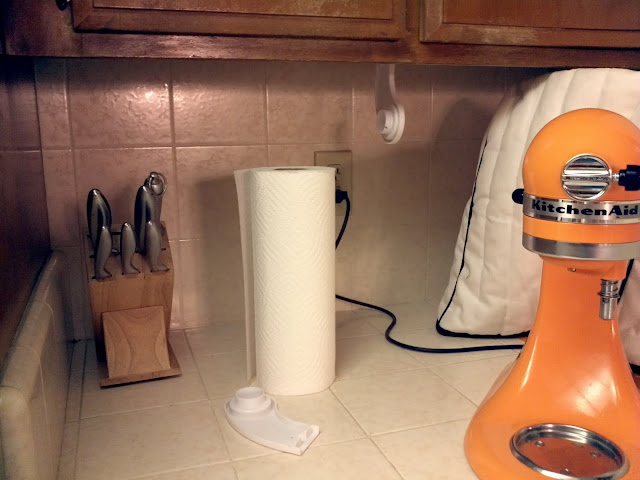 Shockingly, the cheapest paper towel mount I could find at the time has broken.  Let's try this again.
I must say, I'm getting pretty good at mounting these things. 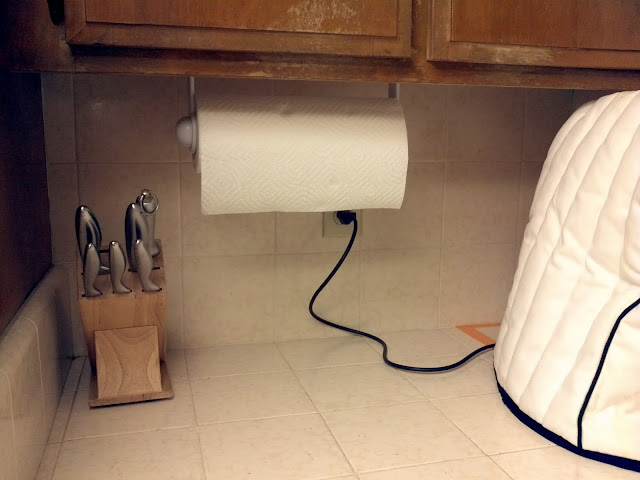 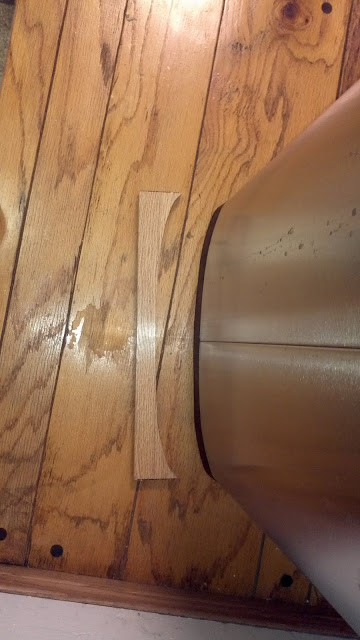 This is actually an older project, but I think it deserves some love on the blog.  I custom cut a piece of wood to act as a spacer and prevent the trash can from hitting the wall.
To my consternation, most people had trouble operating the pedal without kicking the can into the wall.  This thing solves the problem and has single handedly lowered my blood pressure 40 points.  I recommend something similar for anyone with a foot-operated trash can. 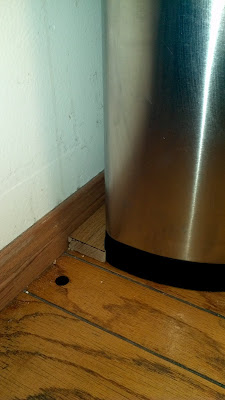 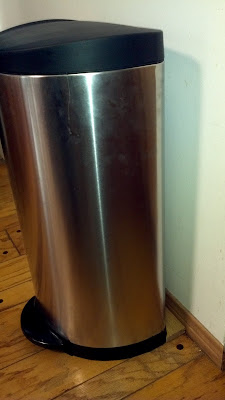