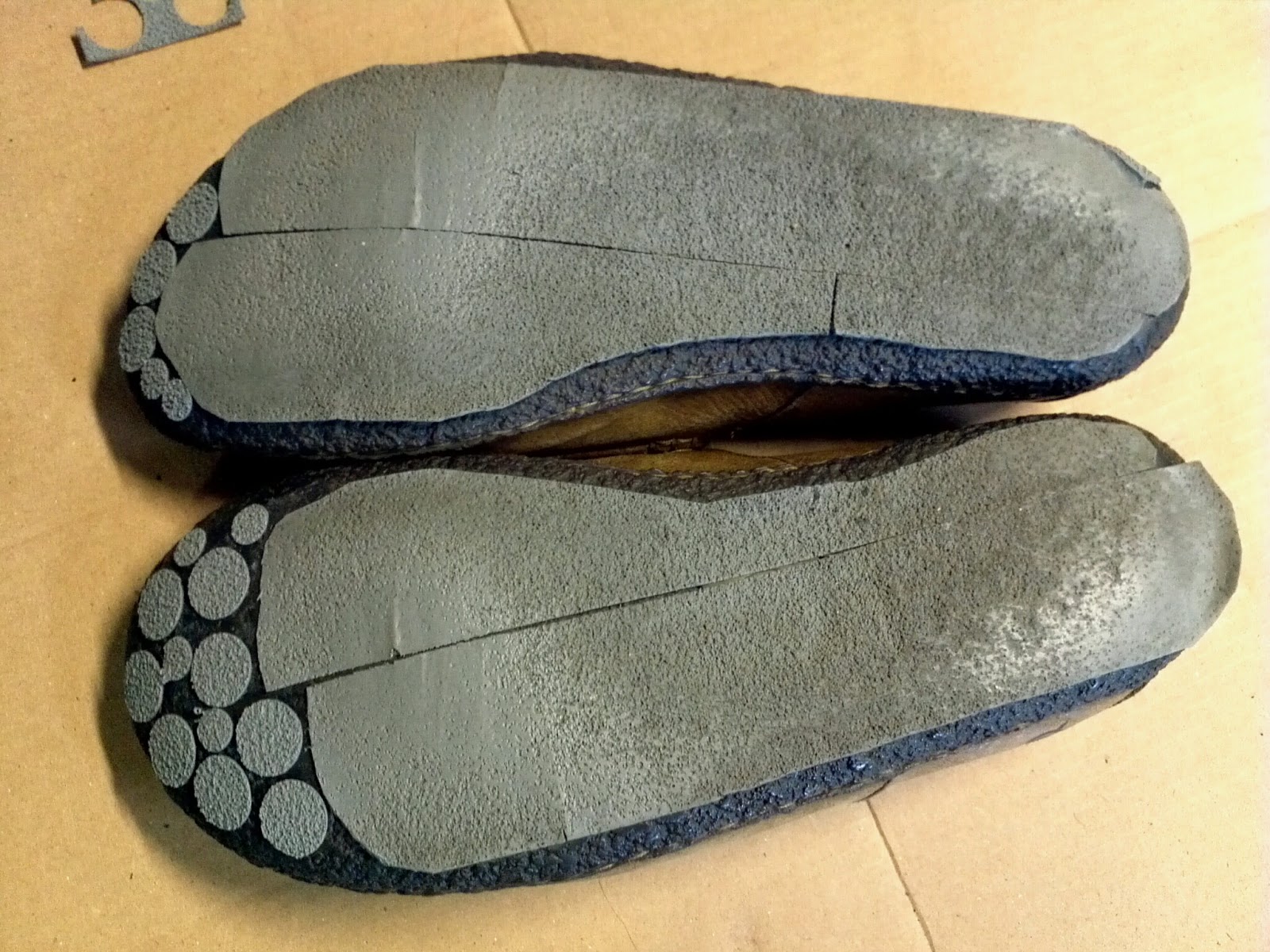 In case you weren't convinced that I'm the biggest cheapskate in Los Angeles, I now have proof.
I bought a pair of Born shoes a couple years ago and quickly noticed the relatively thin soles were wearing very quickly.  I didn't want the soles to wear out long before the leather upper portion, so I decided to install an expendable sole "skin."
I thought "grip tape" would be the best place to start, but it took me a while to find the product I wanted.  Lots of grip tape is very similar to sand paper, but I wanted one that was more rubbery, like the sole of a shoe.  I eventually found something I liked at OSH and bought a couple rolls.
The first thing I did was coat the entire sole of the shoe in the tape, but it quickly peeled off the toes, where the shoe flexes most, so I came up with a solution inspired by a Vibram sole.

I bought a set of leather punches and proceeded to cut a bunch of circles out of the grip tape and stuck them on the shoe.  Now when the tape wears out, I can stick a new piece on and keep the shoes forever. 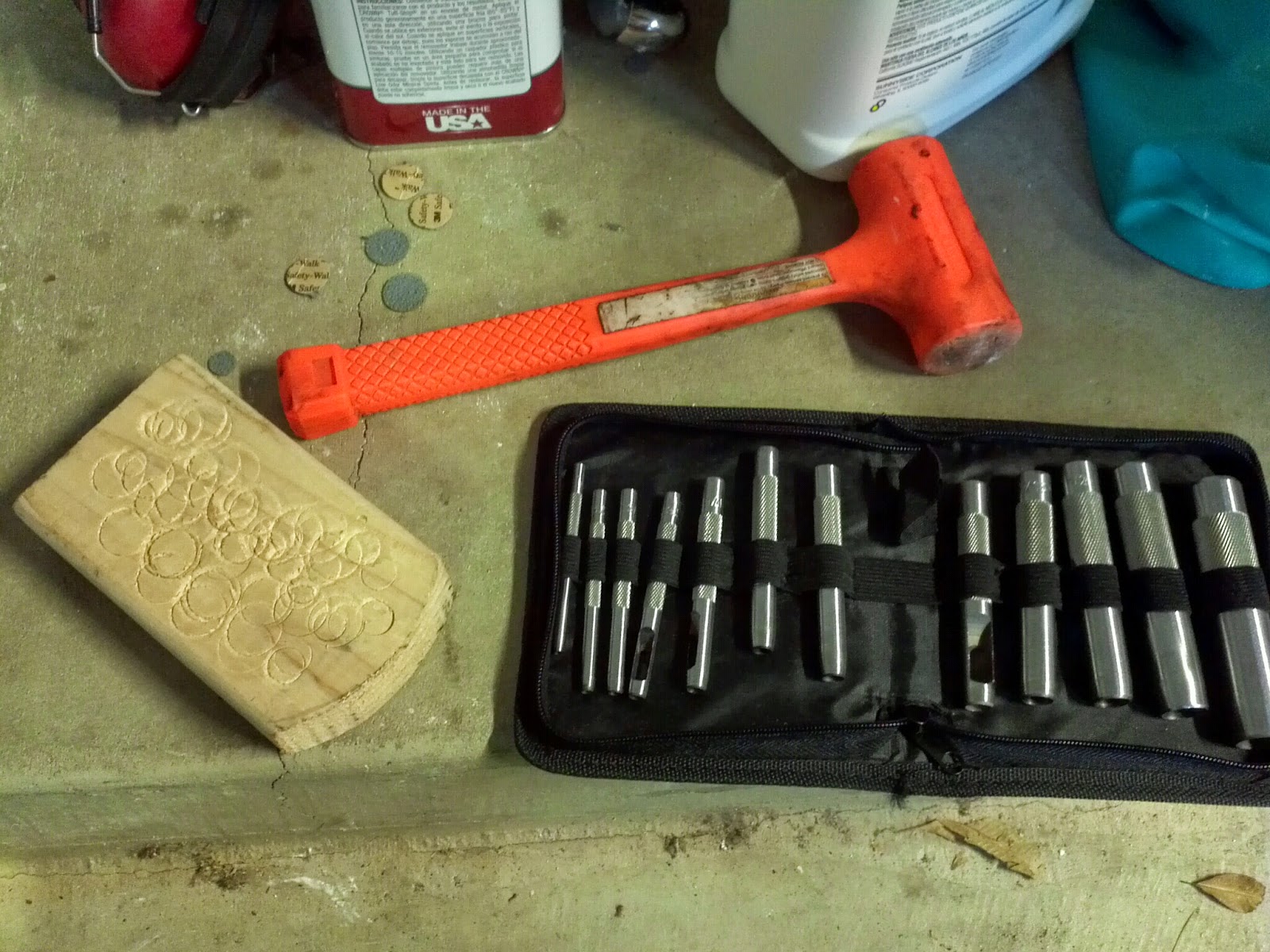 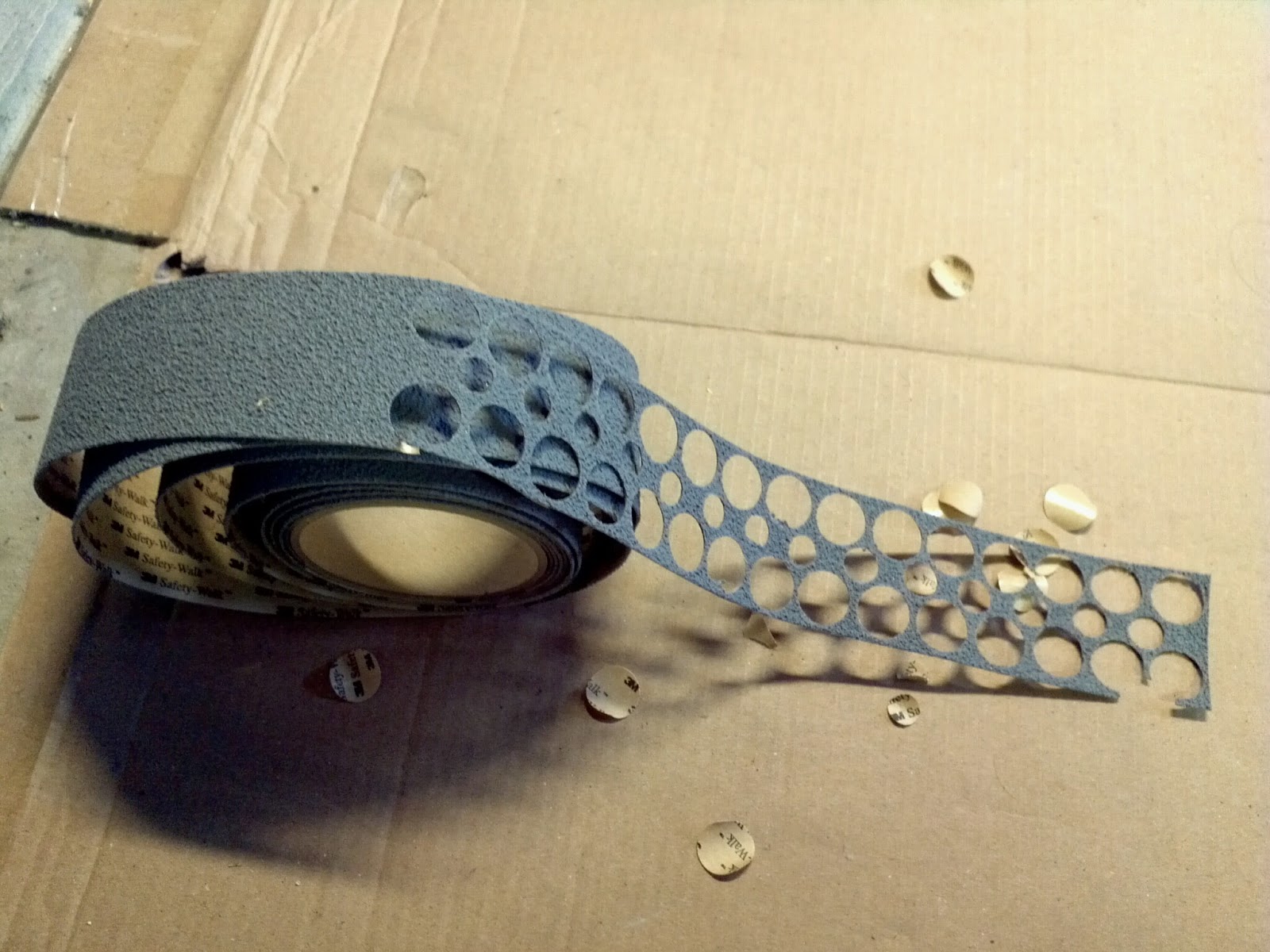 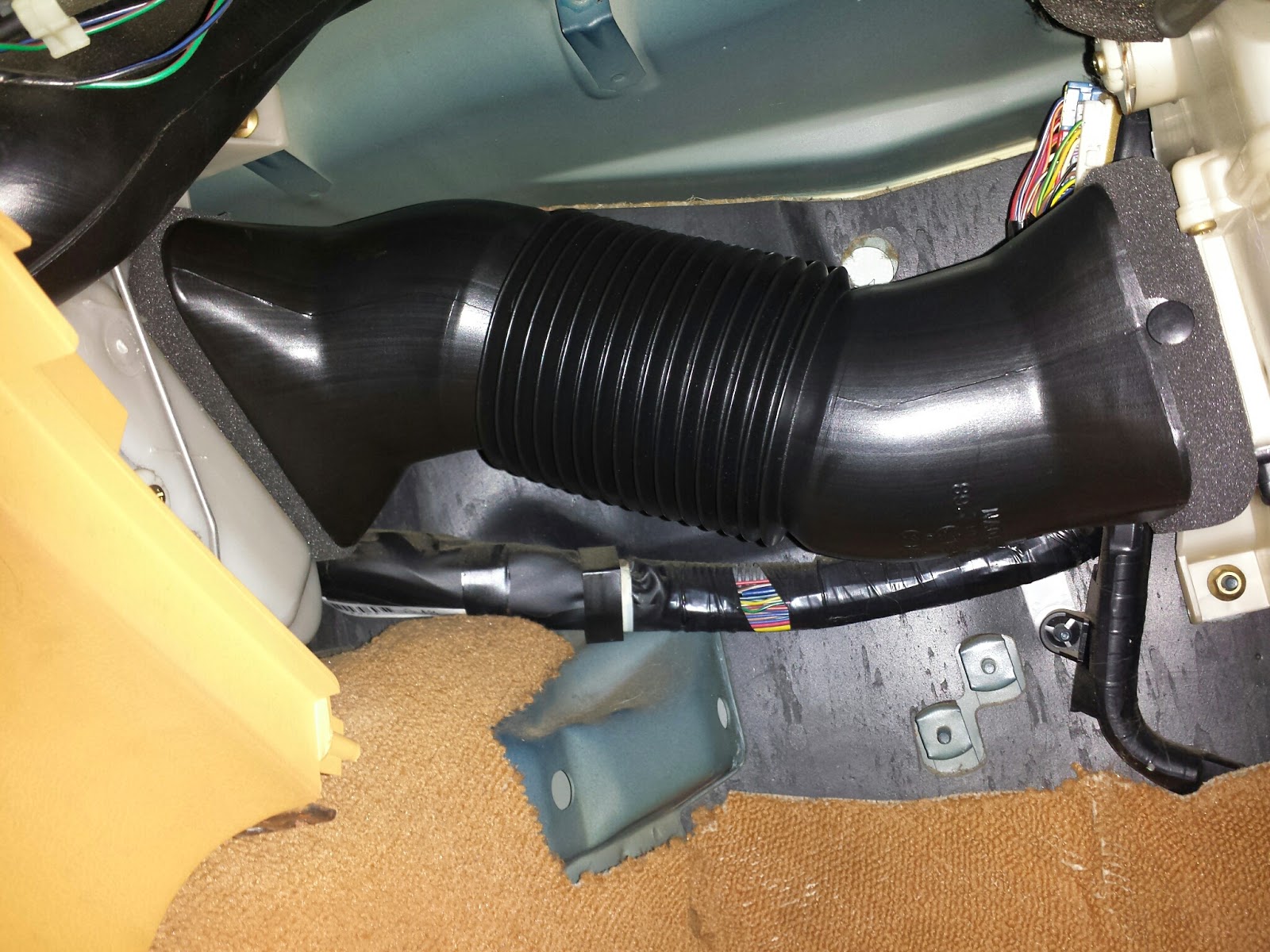 I finally added the duct to fill the void left by the A/C evaporator.  Since this is a production part for non-A/C cars, it was a simple install with two plastic pins holding it on.  Most importantly, it's super light.  The timing was good because I actually used the defroster shortly after the installation. 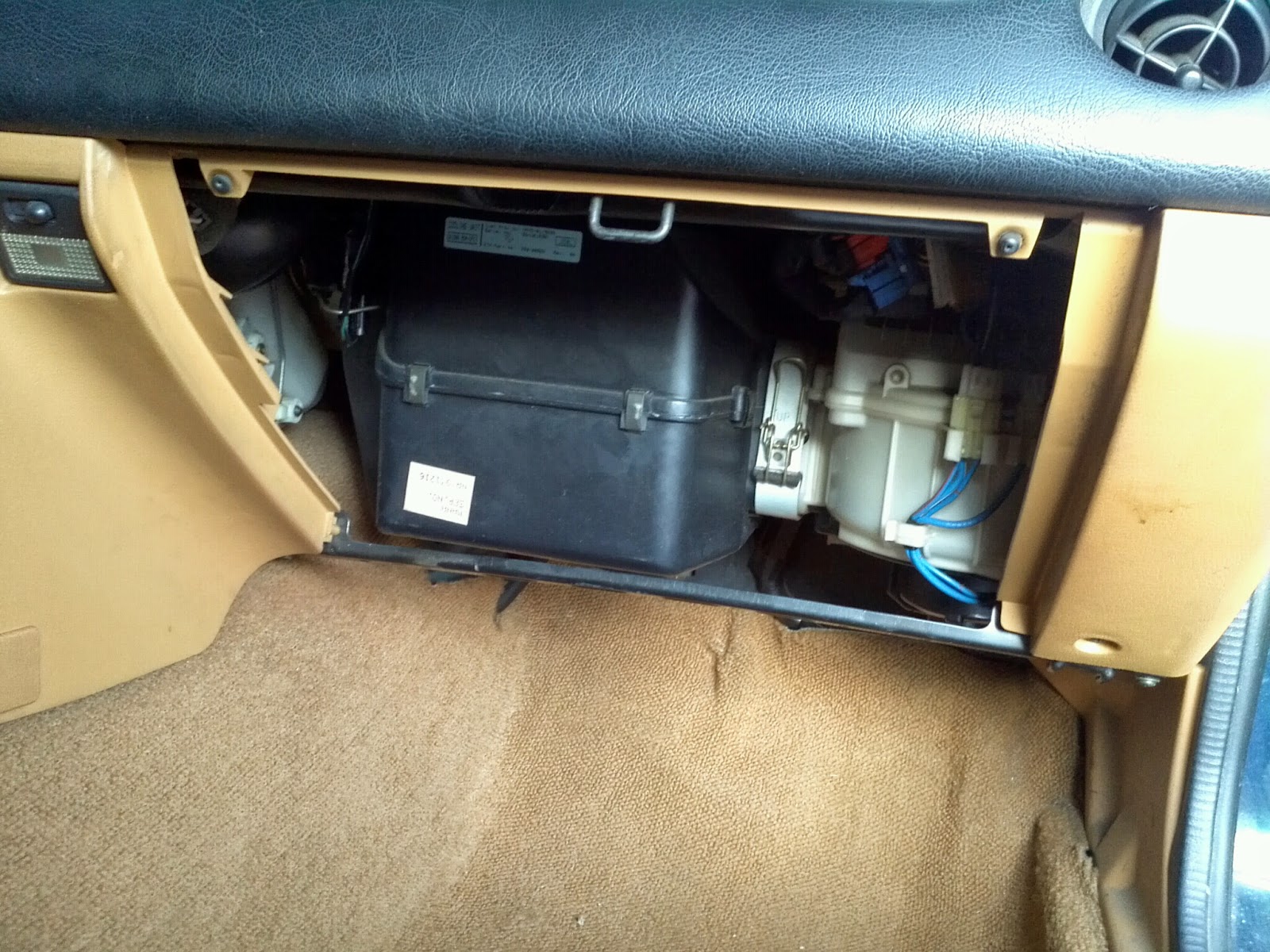 Like the shower before it, the toilet in our master bath developed an annoying and wasteful drip.  After several days of forgetting about it until bed time, we finally took action.
The flapper was basically worn out, and I intended to replace it, but when I saw the price of new flappers, I decided I might as well upgrade to a dual-flush system. 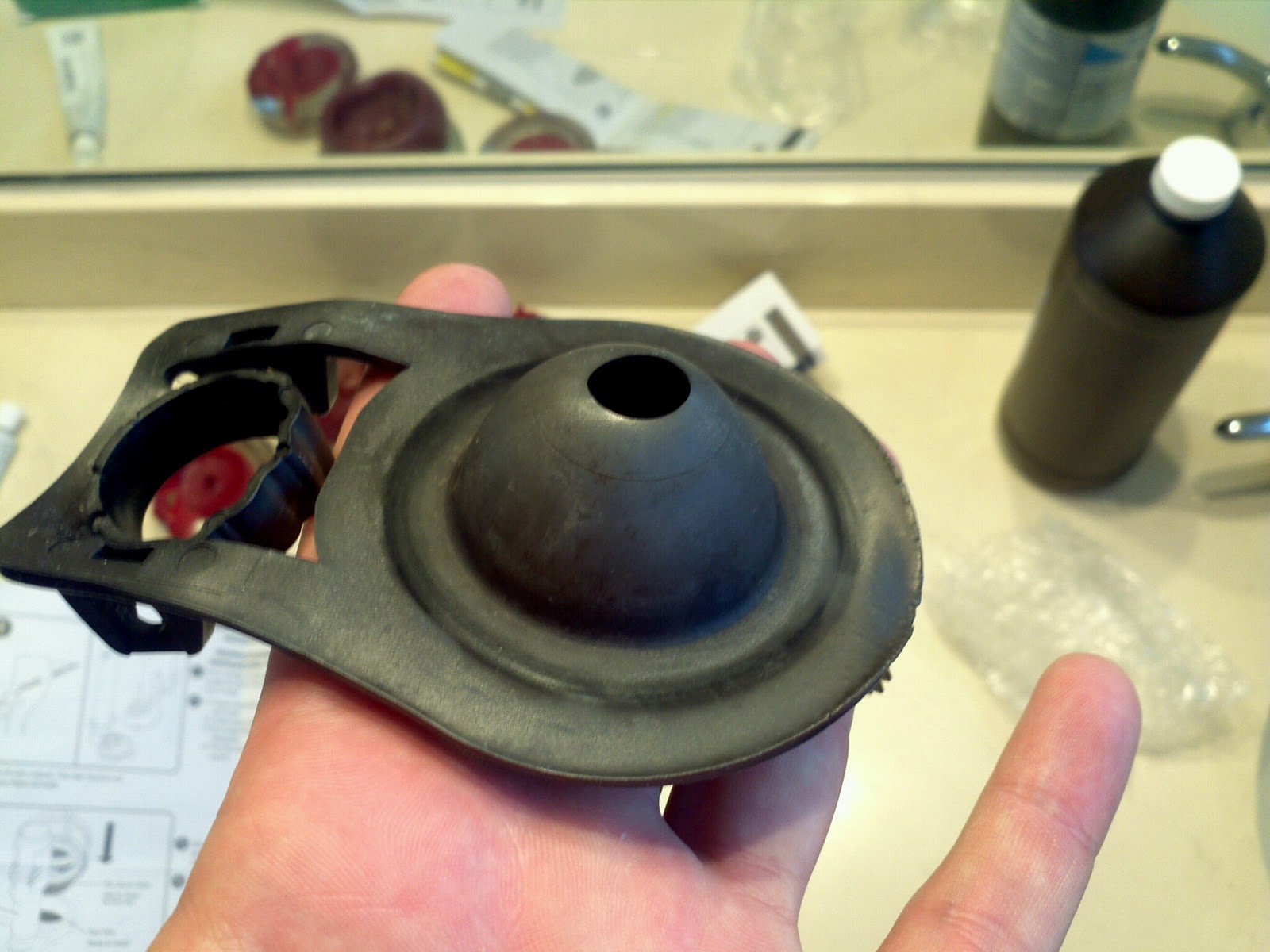 Installation was quick and painless.  Hopefully this one lasts longer than the first one we had. 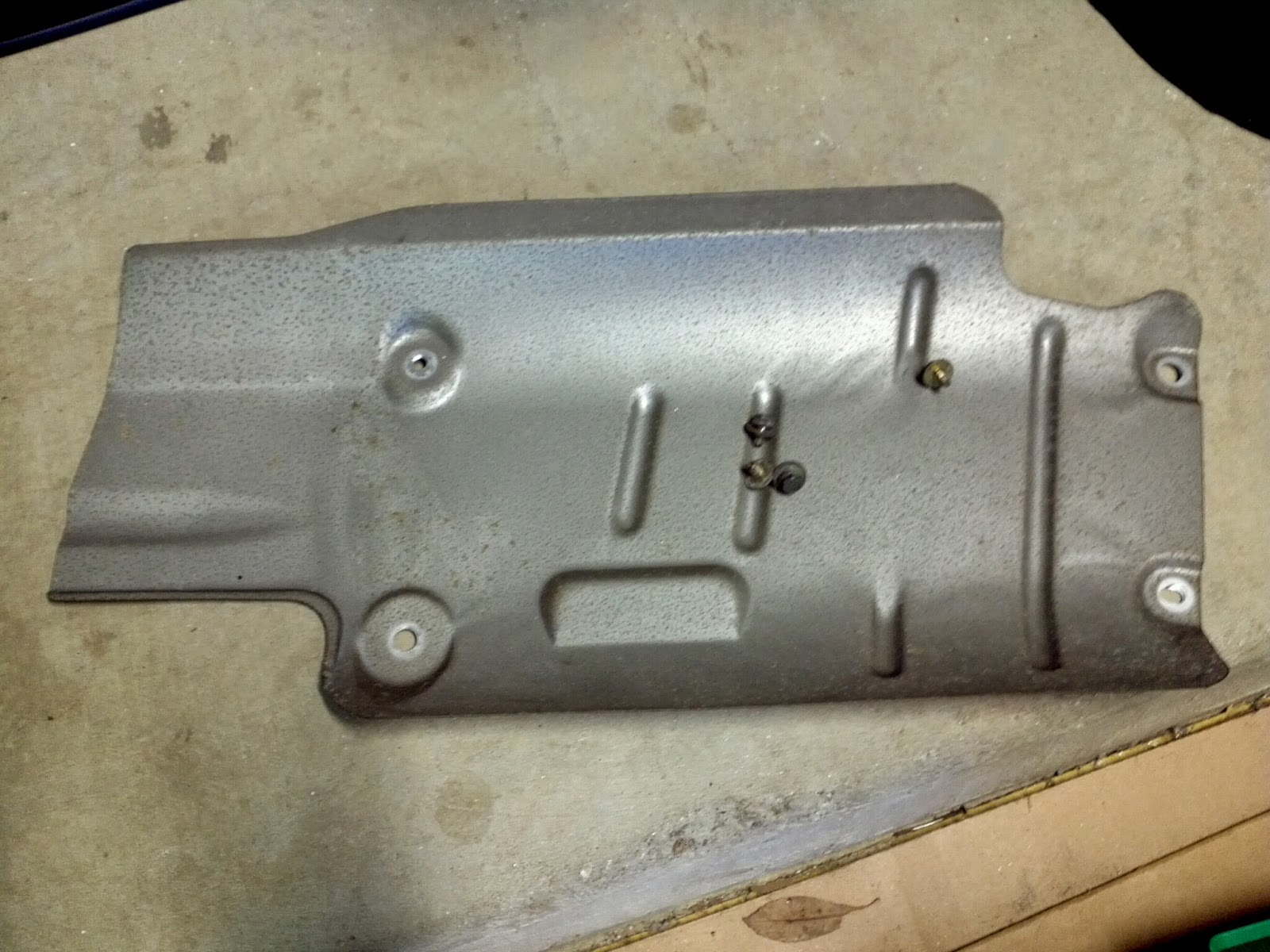 I recently had the Miata up on a lift and I noticed a large piece of sheet metal bolted to the underside of the trunk that looked unnecessary.  It was a heat shield for the stock muffler, which is no longer on the car.  Off it came, with four little bolts.  Weight savings: 1 lb, 4 oz
Posted by Andy No comments:
Labels: Car, Miata 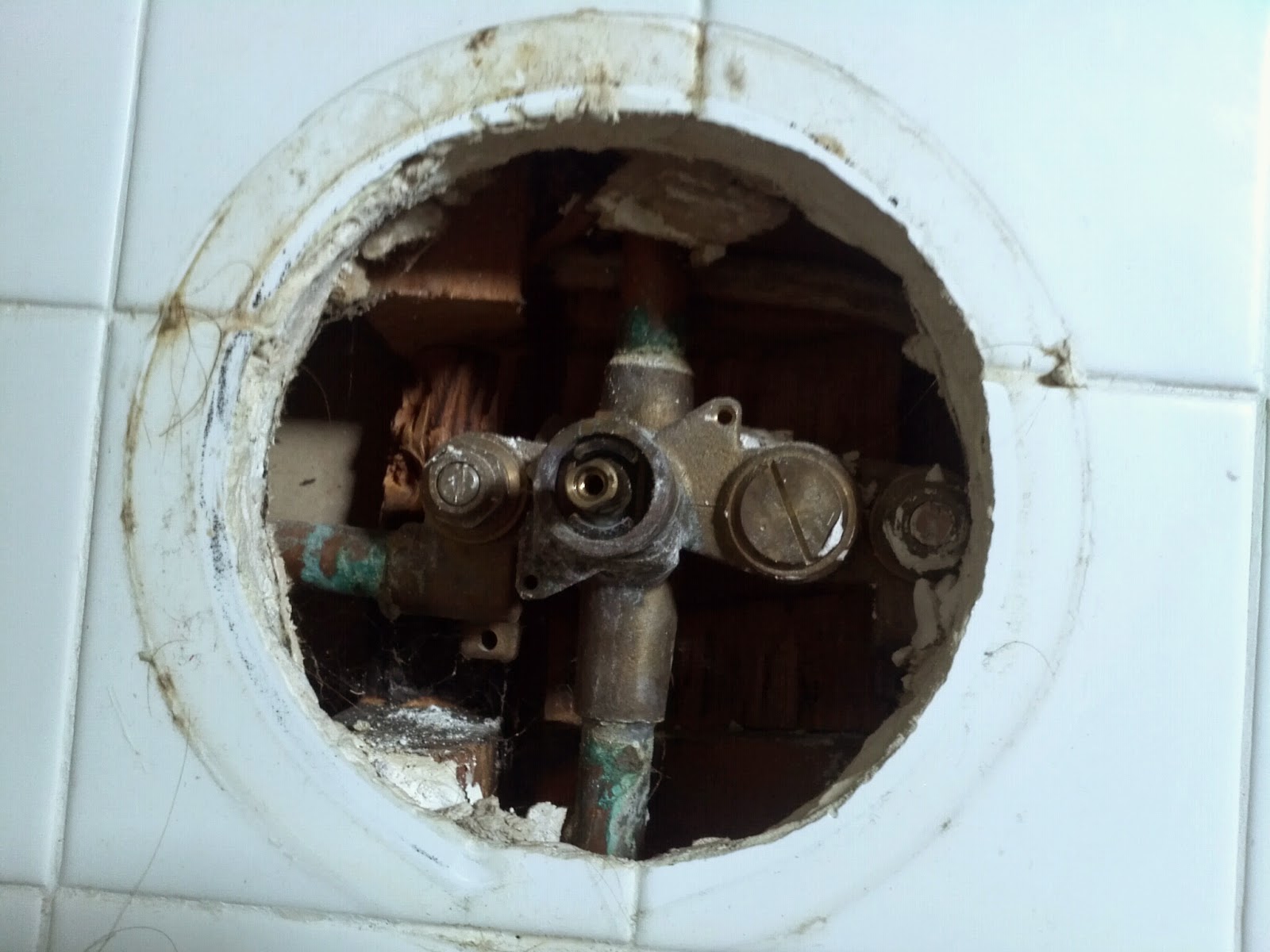 The shower in our master bathroom had a tendency to drip if it is not turned off just right.  It is maddening and incredibly wasteful.  I was planning on replacing the valve, but I discovered you can change the "cartridge" inside the valve, so I decided to try that.  Since I'm a romantic, I gave Chrissy the new cartridge for her birthday.  I finally got around to installing it this past weekend. 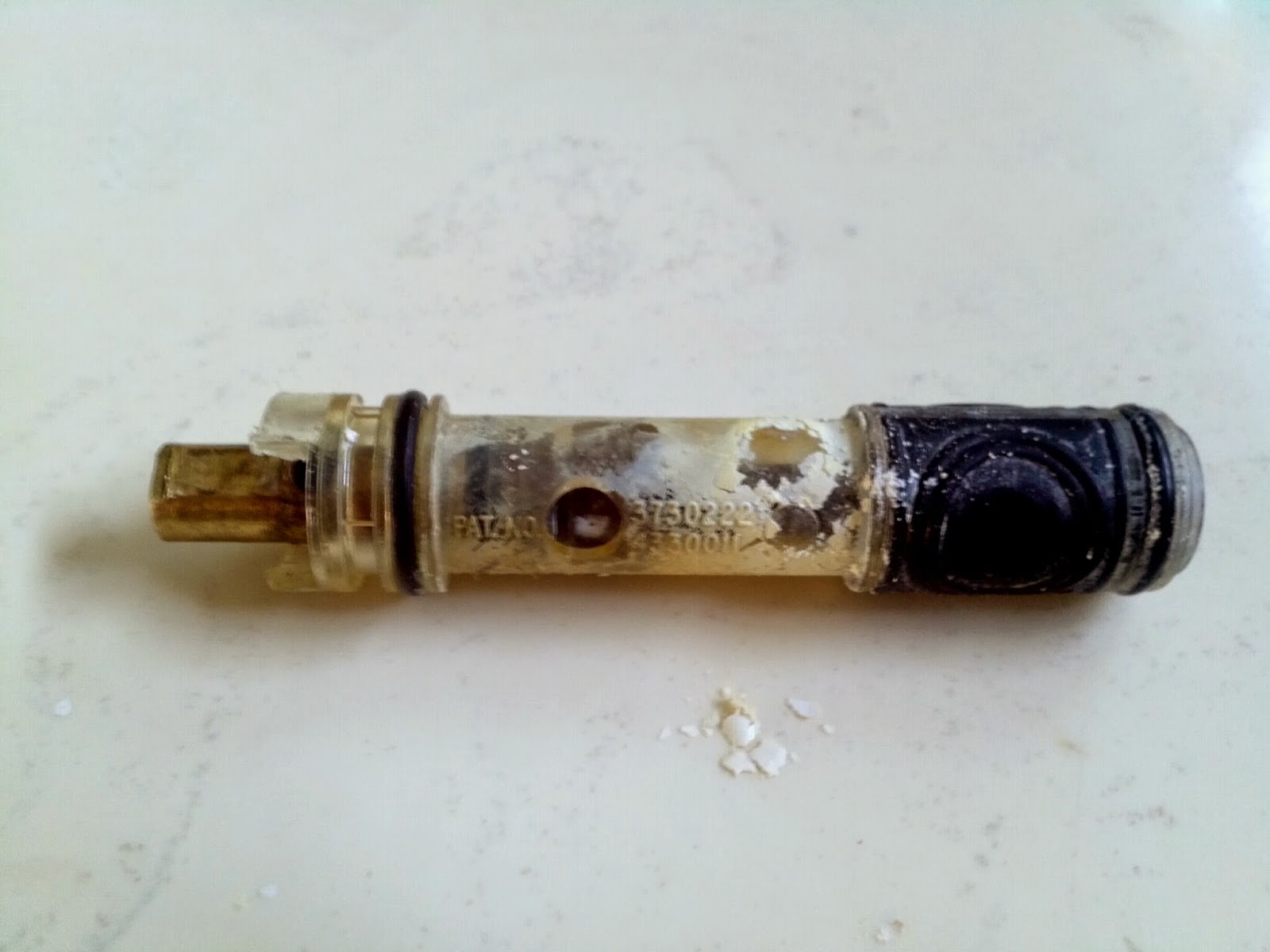 As usual, it had to be difficult.  The cartridge didn't want to pull out like the instructions claim it will, so I did the same thing I did in the guest bathroom and hit it with some vinegar to dissolve the mineral deposits.  I took the opportunity to clean off the tile while the plate was off. 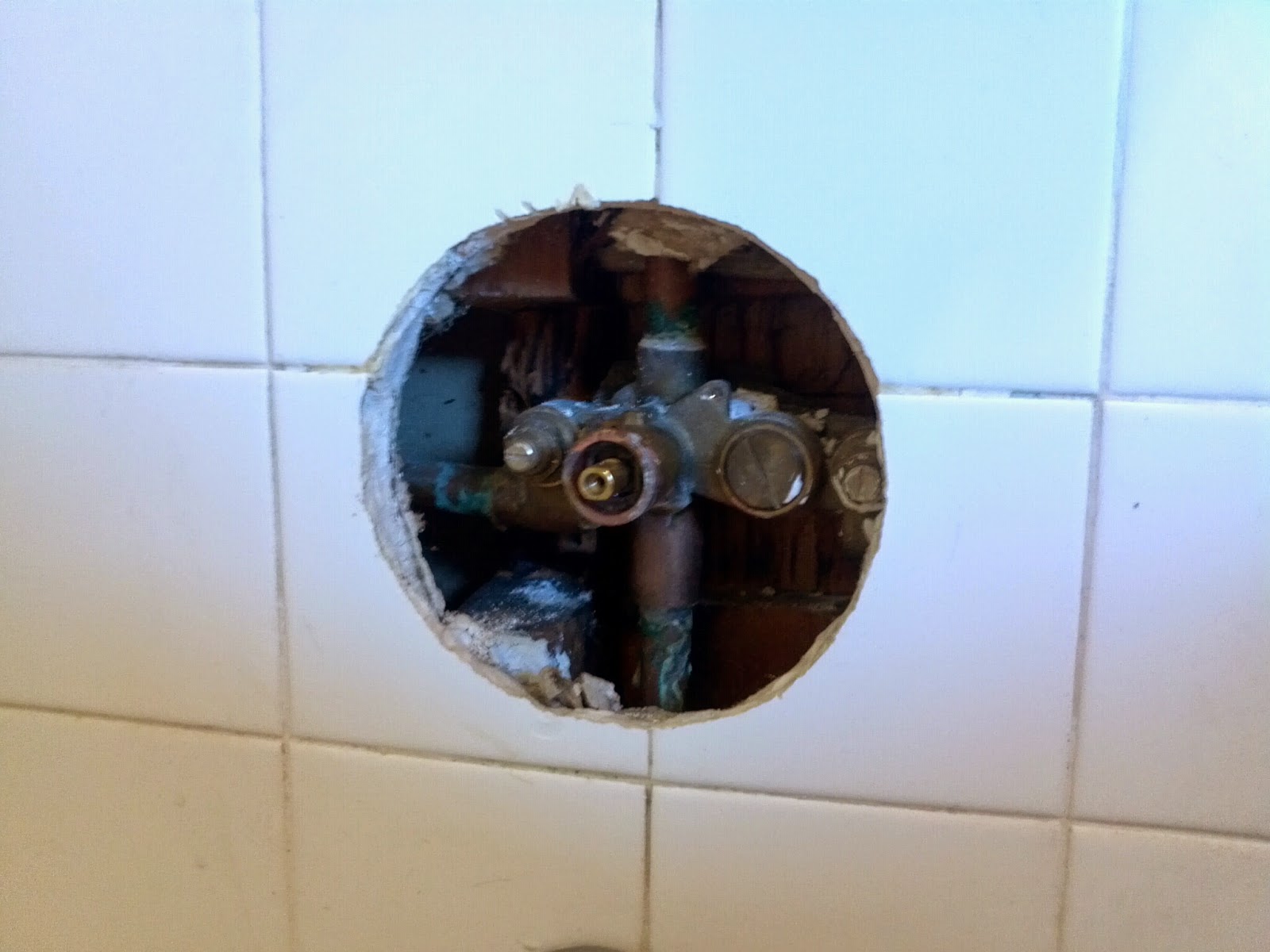 I put everything back together and it is working perfectly, which is incredibly satisfying. 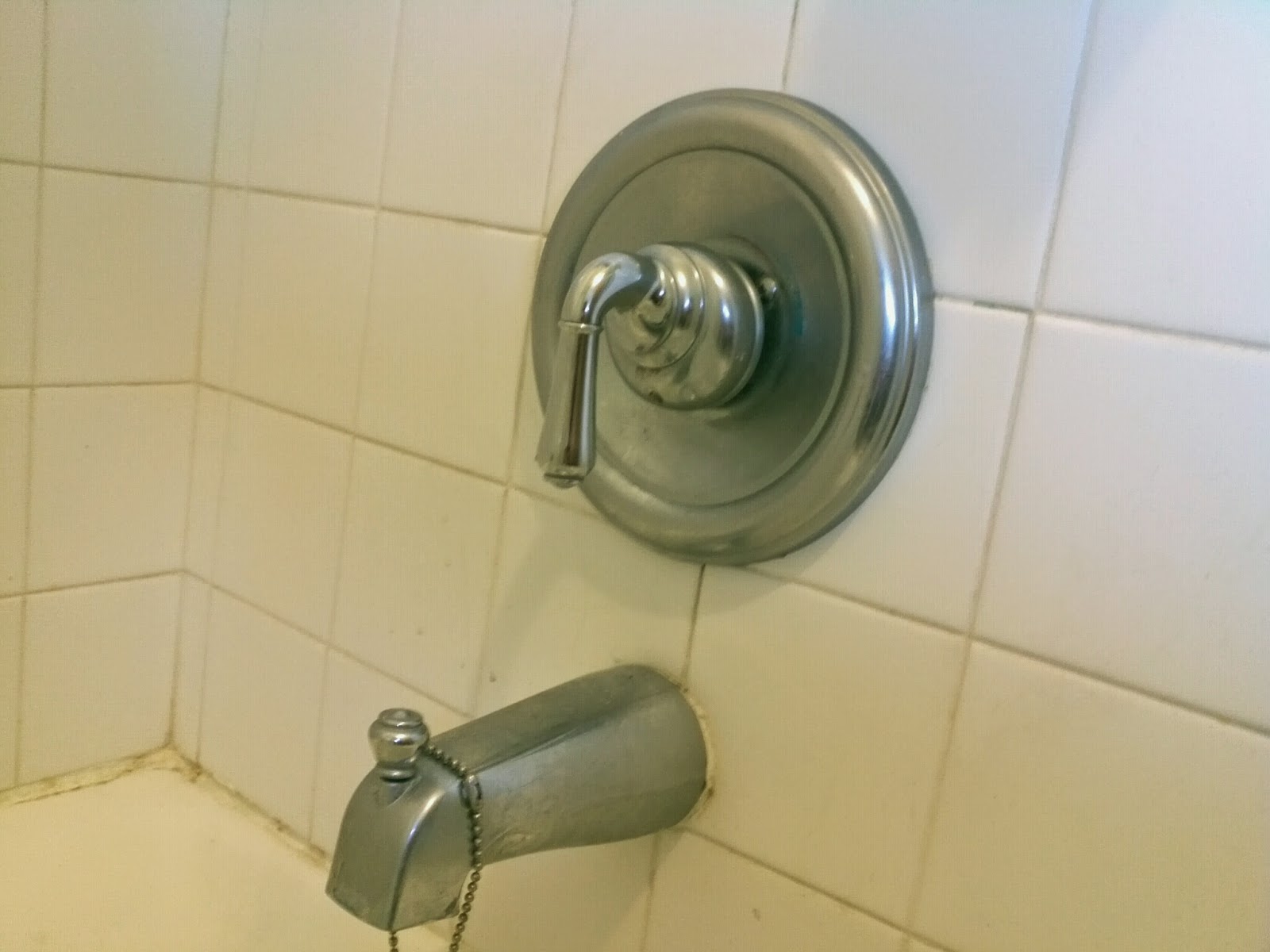