We have some irrigation installed in the back yard, but it needed an upgrade.  There were five automatic valves installed, with four of them hooked up.  Of those four, only two were functioning.  Those two controlled the crucial lawn sprinklers.
We have wanted to install a drip irrigation system for all of the plants around the perimeter of the lawn, but we kept procrastinating.  My parents came into town this past weekend, and it proved to be a great opportunity to get some free labor and advice.
Part of the procrastination was knowing what supplies to get.  I took a trip to Home Depot with my dad and got everything we needed.  It was actually less complicated than I thought it would be.  Instead of getting emitters with fixed flow rates, I made sure everything was adjustable.  Here's everything we got, including four new valves.
The old valves were glued to the pipes, which is the standard approach, but that makes it very difficult to repair them if there are any problems, so we installed some easily disconnected couplers. 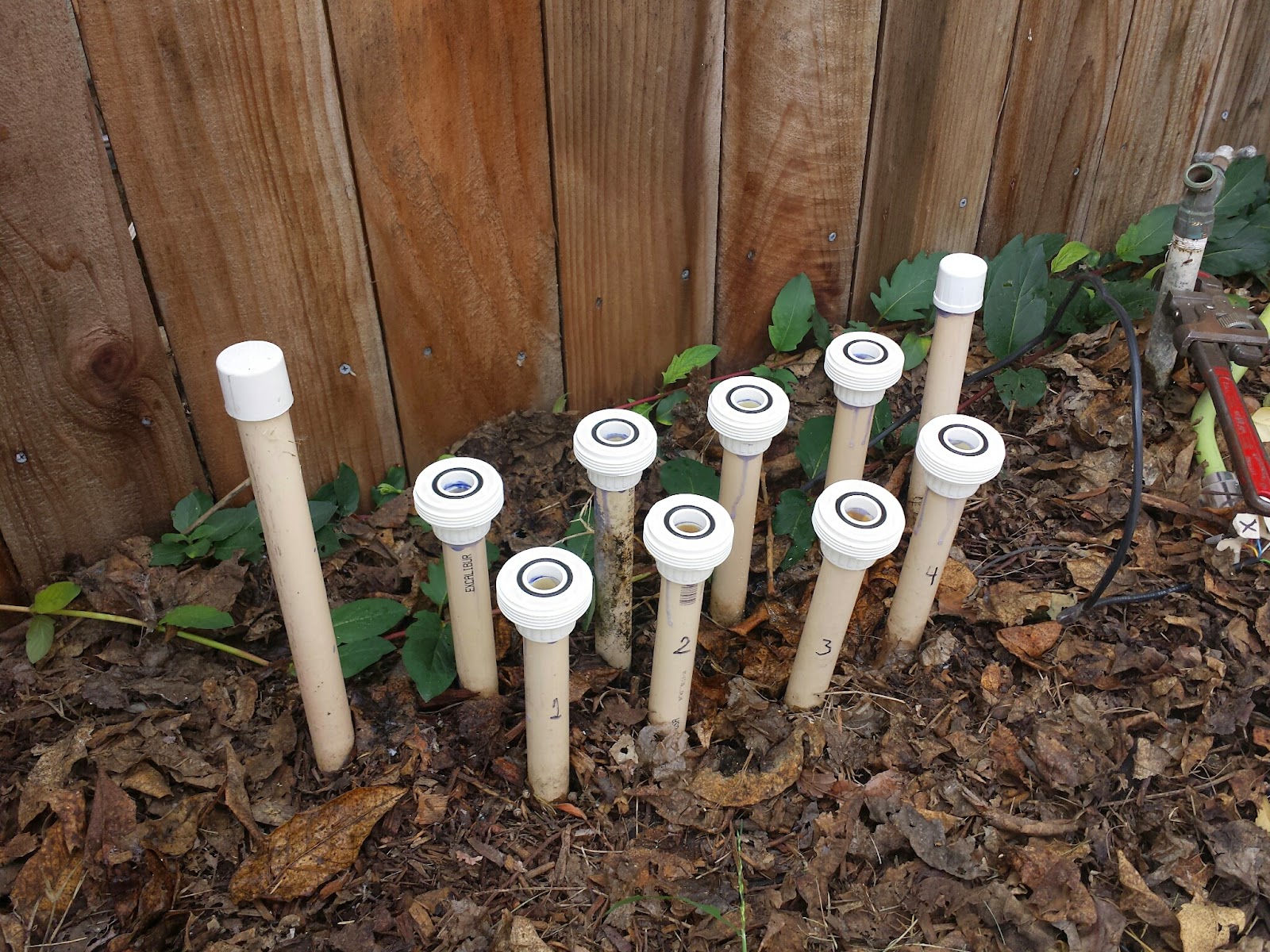 We then installed the new "professional" valves.
We were able to utilize existing pipes for the main portion of the system, but we needed a way to get water from those pipes to the plants.  Luckily, Home Depot had exactly what we needed--six and four outlet manifolds.  The six outlet units allow each line to be adjusted, while the four outlet manifolds required an emitter at the end of each line.  We ended up using three of the six outlet manifolds and six of the four outlet units.  We adjusted each line and were ready to go.
If we didn't need every line, we just plugged it.
Finally, we had to do something to protect the precious valves, so we built what Chrissy calls a "fairy house" out of matching fence boards and shingles from our old roof.  It came out really nice, and just might look even more like a tiny house in the future. 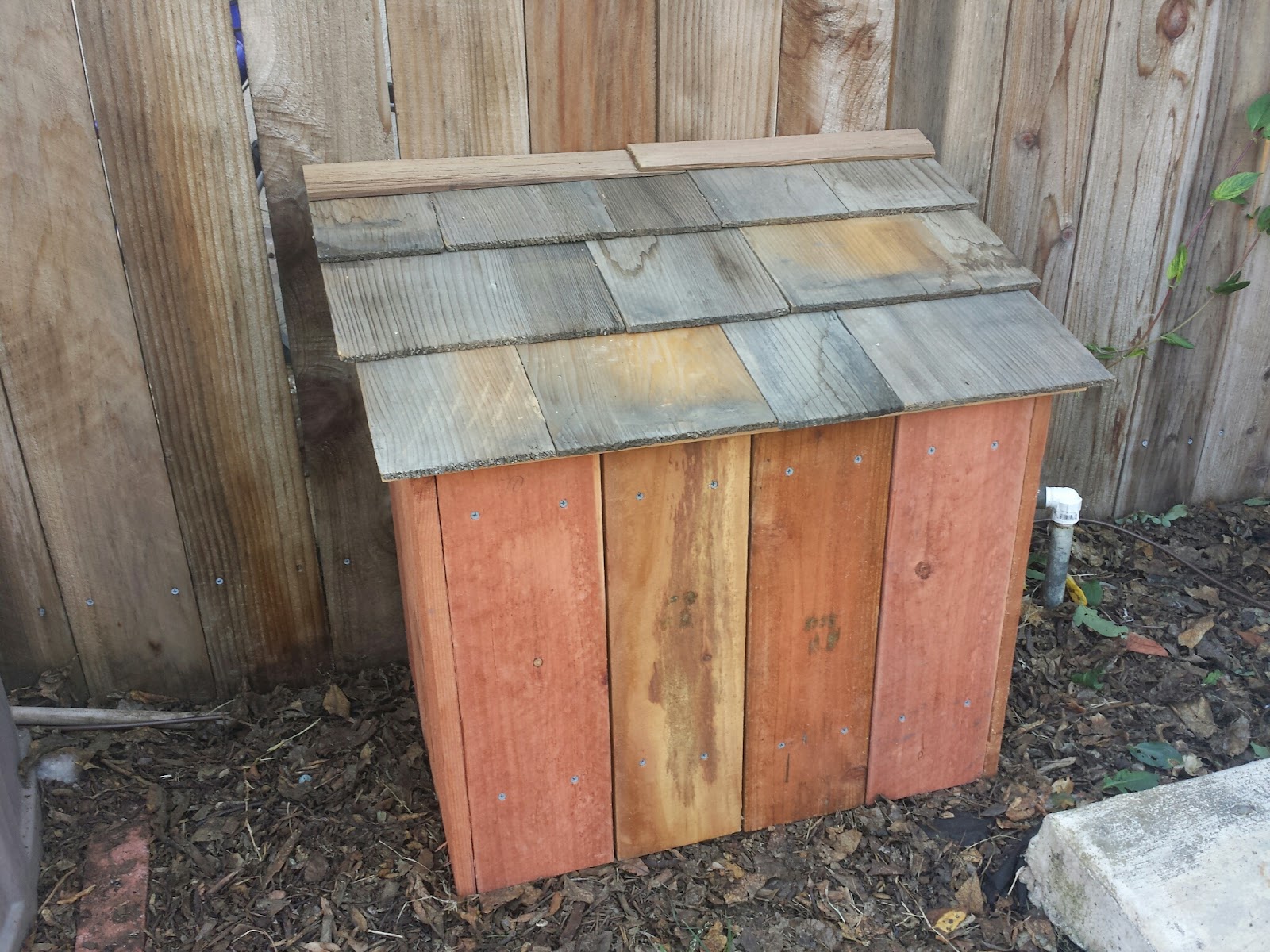 This picture gives a better sense of scale. 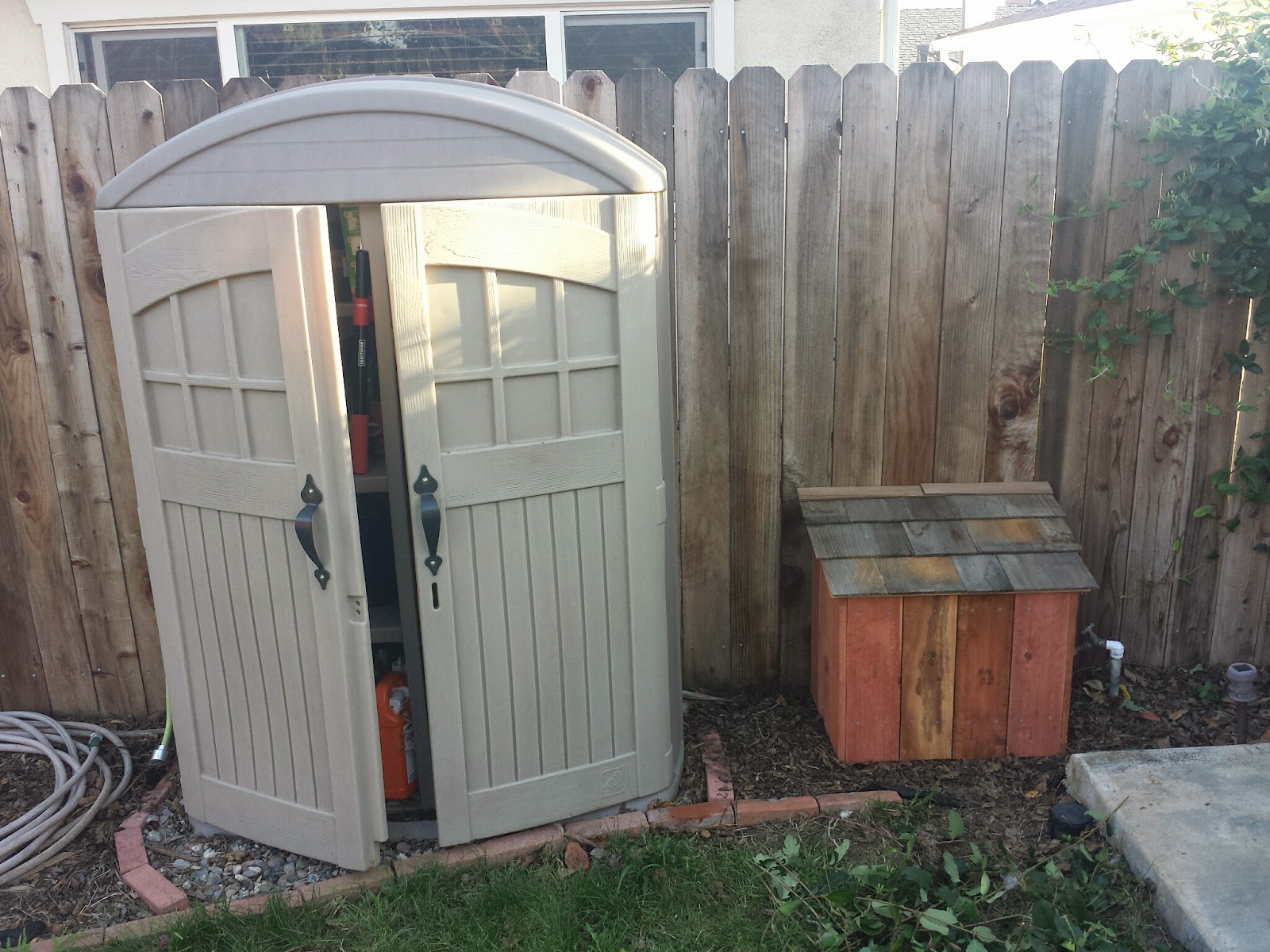