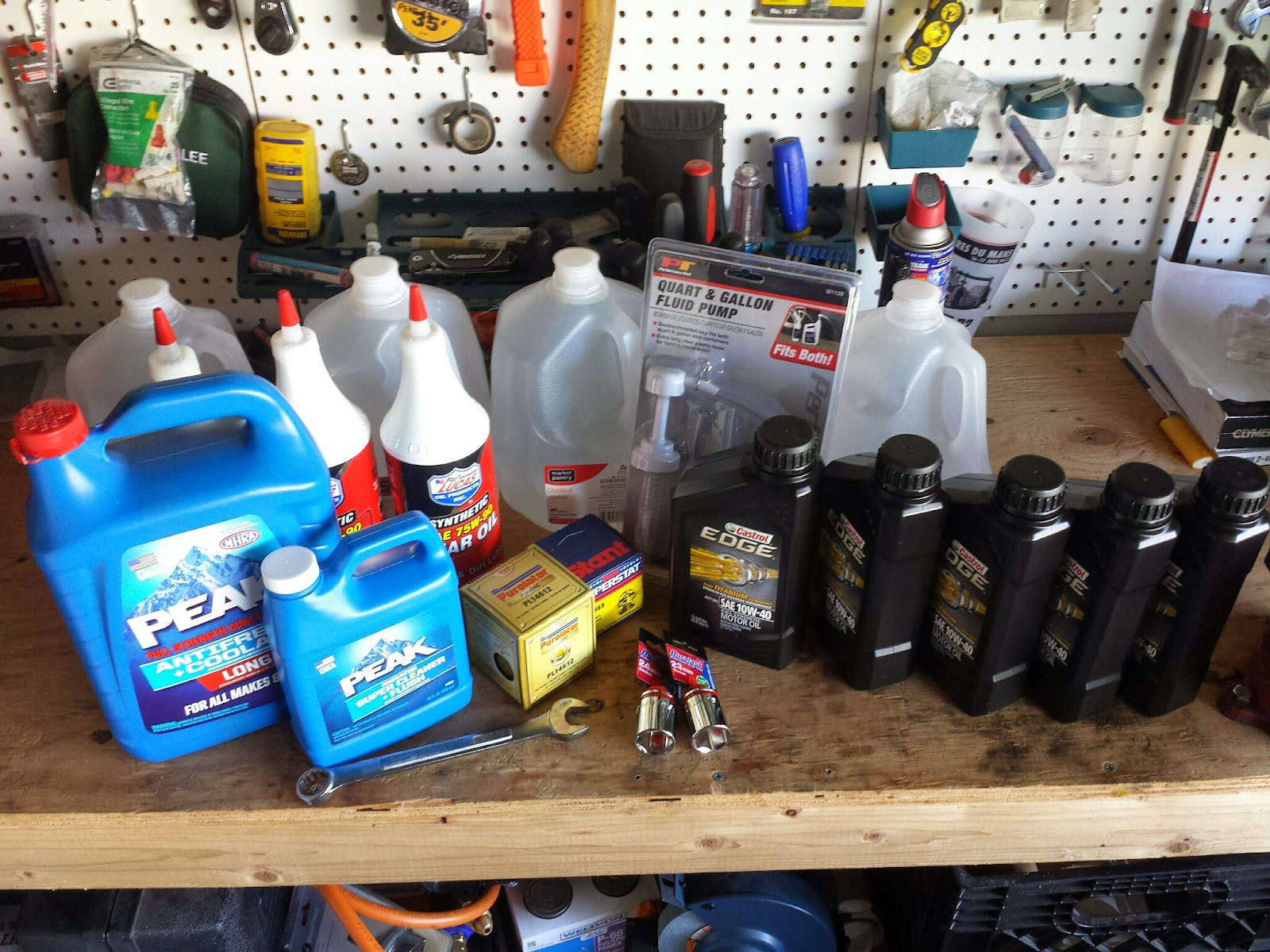 I didn't get too much information about the Miata's maintenance when I bought it, so I figured it was time to get everything squared away.  On the to-do list: engine, transmission and differential oil change and a coolant flush.  It was a pretty impressive pile of materials.  I even had to buy a few new tools to get the job done.  They included a gear oil pump, 23 and 24 mm sockets and a 19 mm wrench (my biggest metric was 18 mm).
When I was ready to start draining oil, I remembered I threw away my old oil pan because it got really nasty, so I had to bike over to Pep Boys to get a new one. 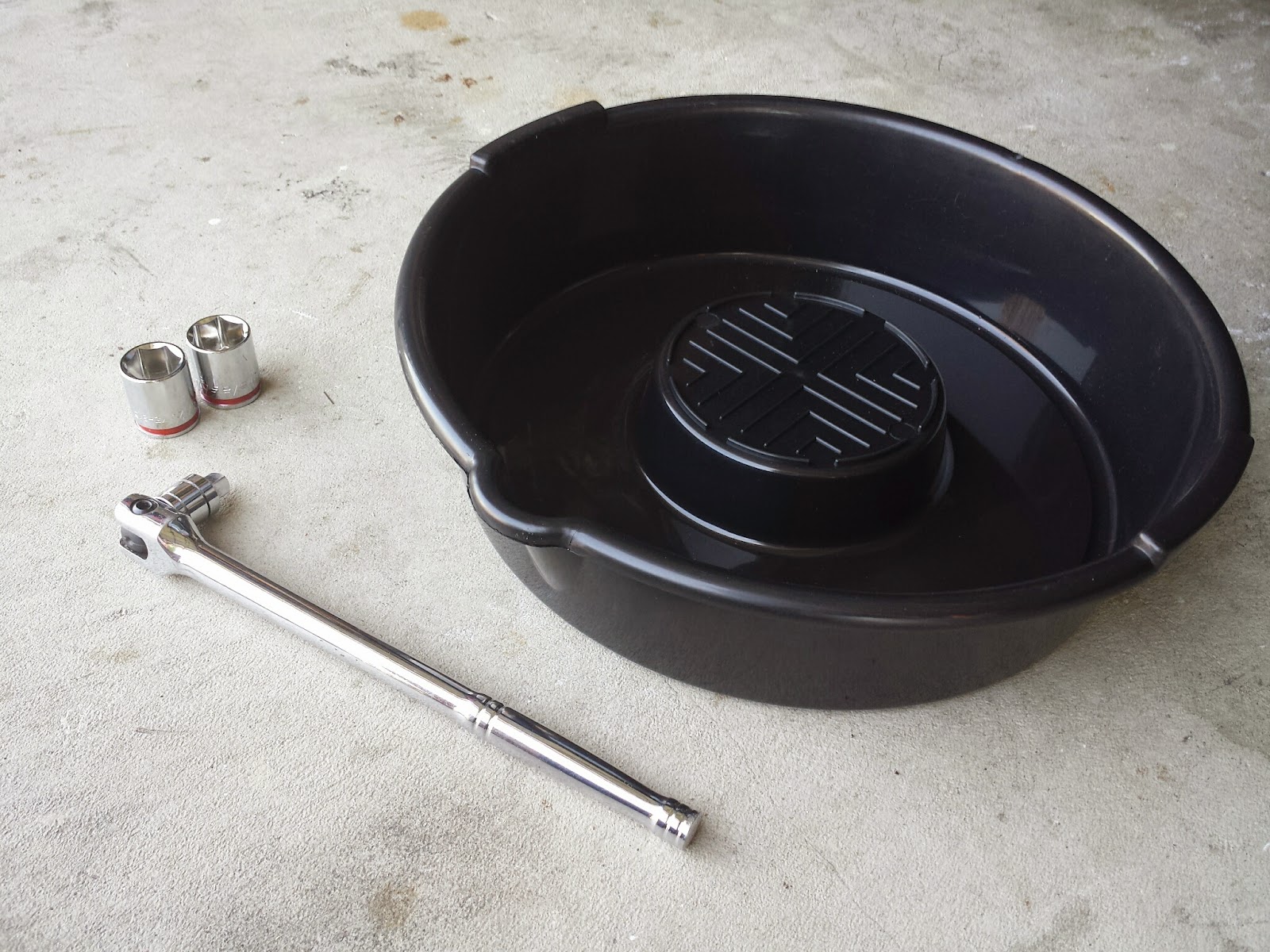 When I removed the differential plugs, I mangled the crush washers, so I decided to get new ones for everything.  The transmission, engine and two differential washers are all the same.
In the transmission I ended up using Red Line MTL (not pictured in lead photo) because it comes highly recommended.  After a couple brief drives, I have to admit it has improved shift quality.  There used to be some occasional grinding, particularly going into third, but it is almost totally gone now.  I'm convinced. 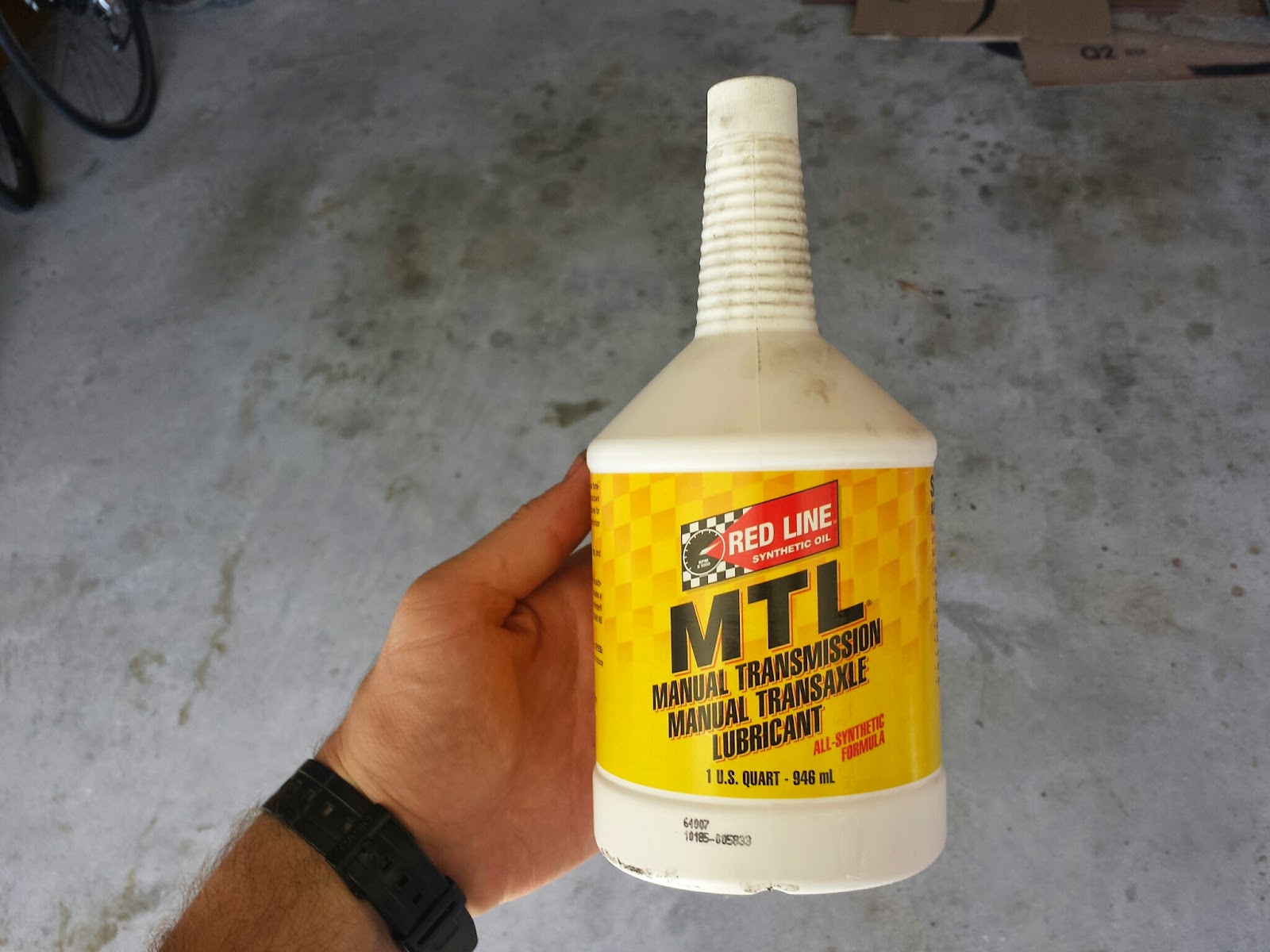 This demonstrates why a coolant flush was probably due.  I replaced the thermostat and gasket while I was at it. 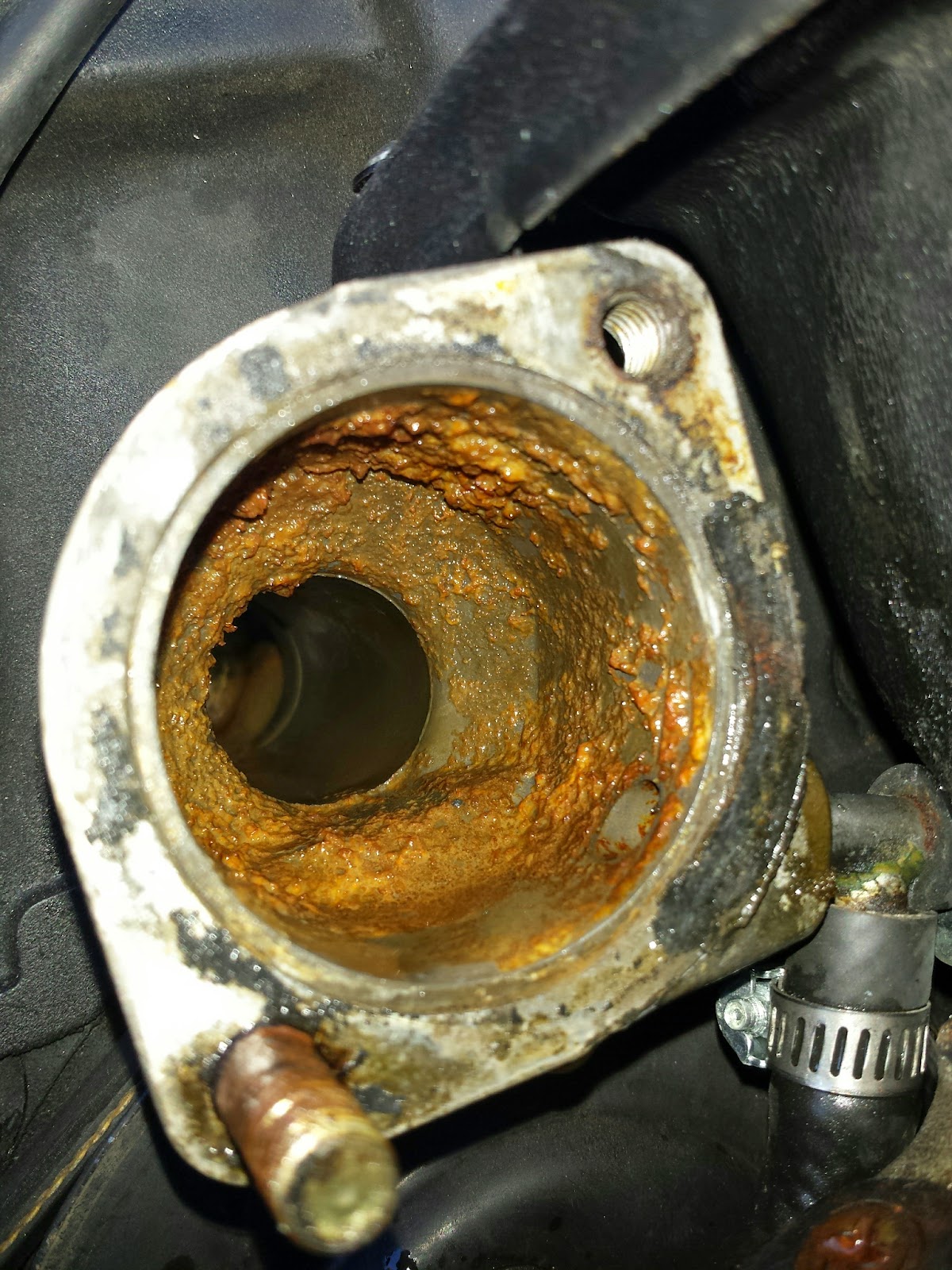 Everything went pretty smoothly, but it was quite a bit of work.  These weren't the most glamorous projects, but I won't have to do them again for quite a while.