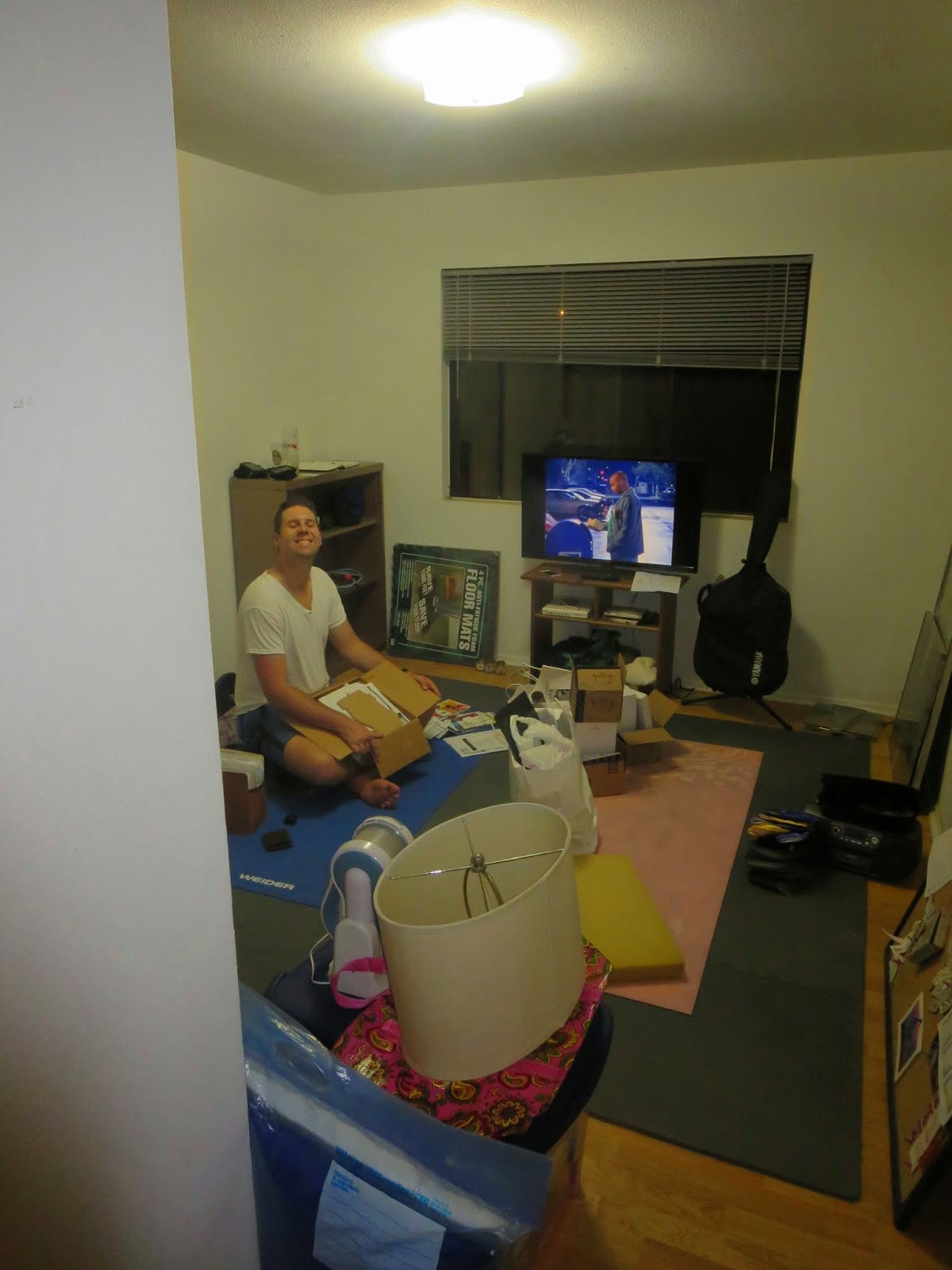 It's been a long time coming, but it was finally time to get our fourth bedroom into shape.  It's been our "fitness center" but it was mostly a catch-all.  Now it's a nursery.  Here's how we did it.
As you can see above, we kept a lot of junk in the fitness room.  That photo was from a previous cleanup where I was sorting my vast collection of instruction manuals.

After clearing out all the crap, our first step was to patch a bunch of holes in the walls.  After adding texture and priming, we were ready for paint.  We went with the same bitch-ass beige we've used in many rooms throughout the house.  Chrissy has a very nice painting uniform. 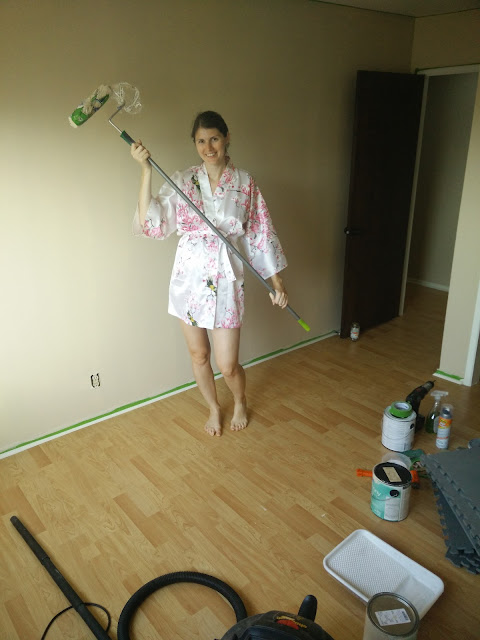 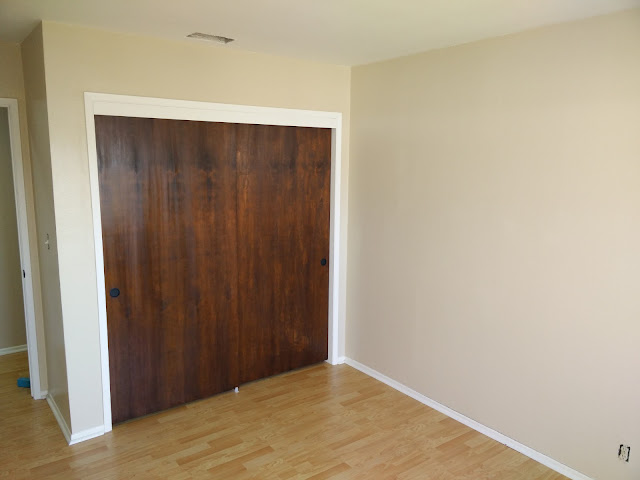 We were lucky to inherit a lightly used crib from Chrissy's coworker, so I set about reassembling it in the nursery.  It only took me 13 hours. 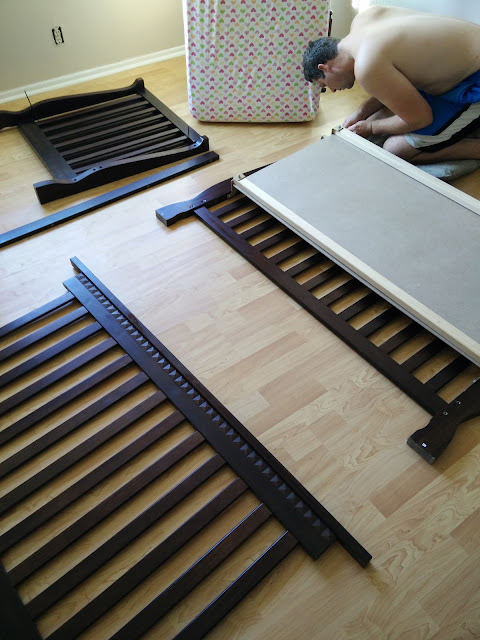 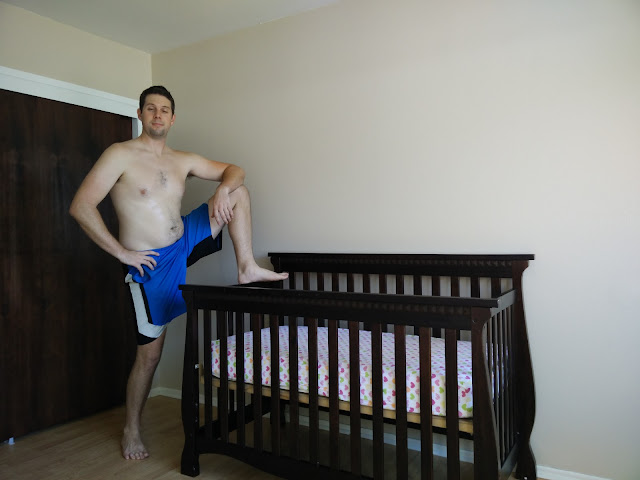 We also inherited a rocking chair from Chrissy's grandmother that has rocked many babies to sleep in it's time.  We helped her get it reupholstered a couple years ago.  You can also see the cellular shade we installed.  It's the off-the-shelf blackout version from Home Depot, which they trim to length in the store.  It is great, and can get the room really dark.  It seems to be made with some foil inside that insulates really well, which helps keep the room much cooler than the crappy Venetian blinds we used to have. 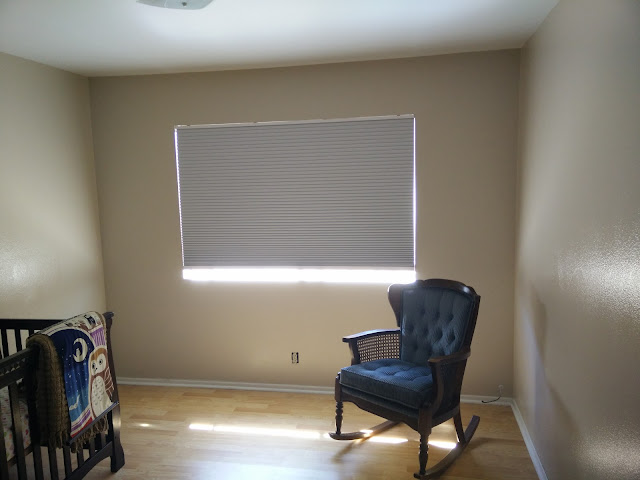 Next was curtains, which still need to be trimmed to length. 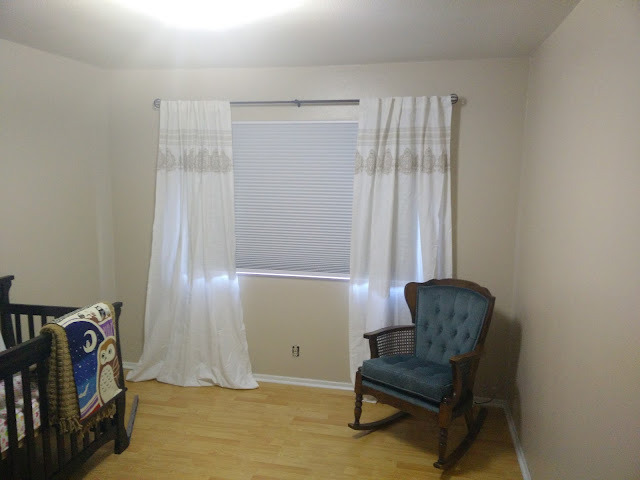 The last thing for now was electrical.  We decided we wanted a ceiling fan, which meant more fun in the attic.  Here's the old electrical box, which won't be supporting any fans. 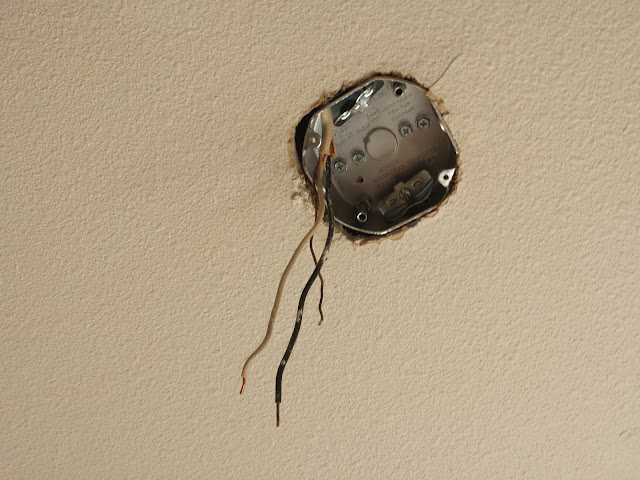 The fan took almost as long to assemble as the crib. 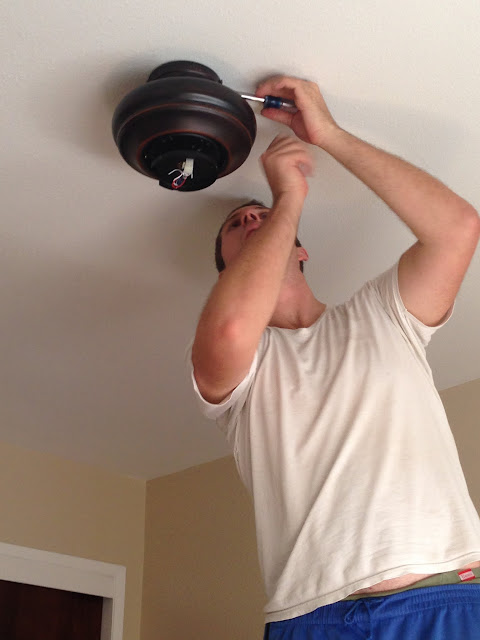 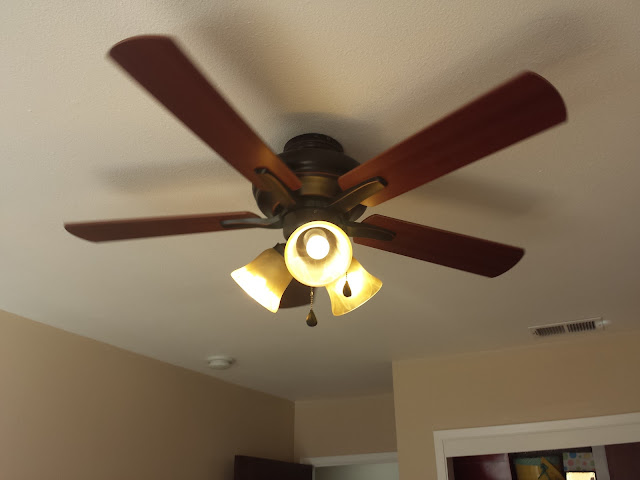 We also replaced the gross ivory outlets with shiny new white ones. 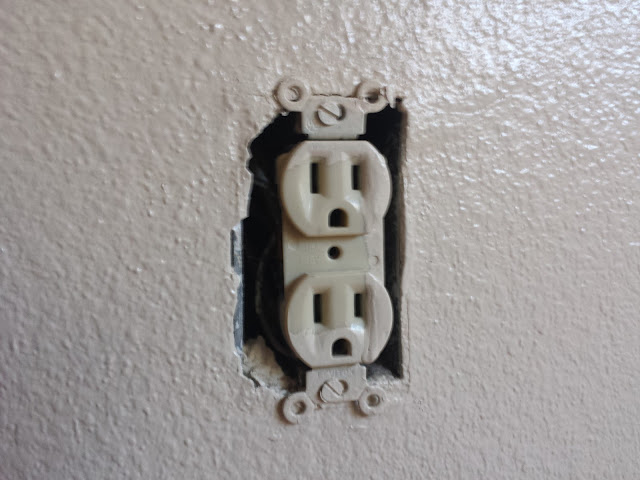 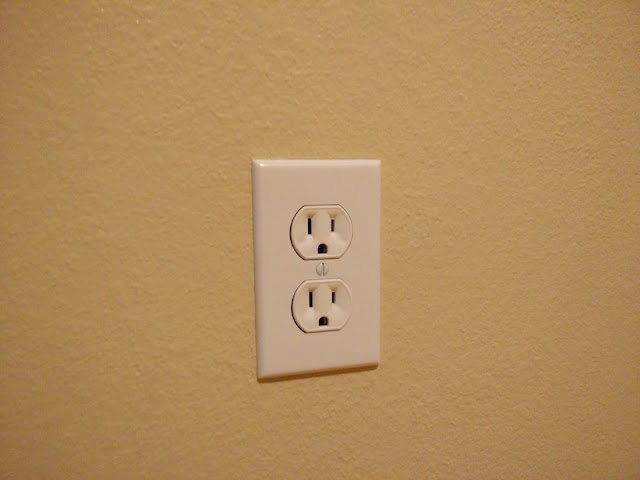