Cracked Clip (We Live in the Future) 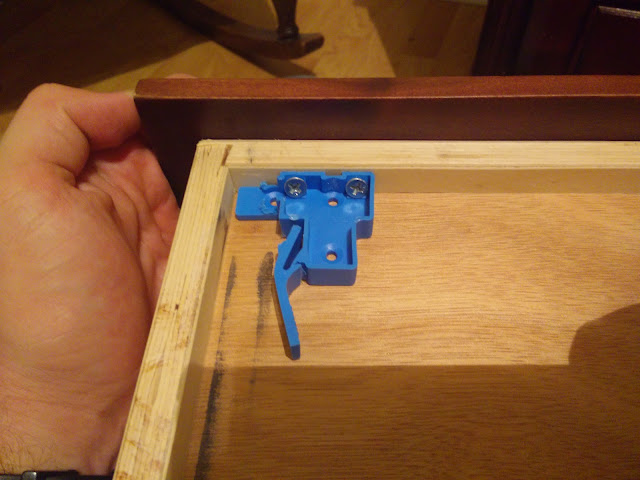 As you know, we got a changing table on Craigslist, but it had one small problem.  One of the plastic clips that hold the drawers to the slides was broken, making operation of that drawer very problematic.
After searching online and in stores for a replacement clip and having no luck, it was starting to look like the only option was to get new slides for that drawer, but then we had an epiphany--why not 3D print a replacement part?
This was only an option because I am a dorky engineer and a good friend of ours recently bought a 3D printer.
The first step was to create a 3D model of the part, which I did in short order. 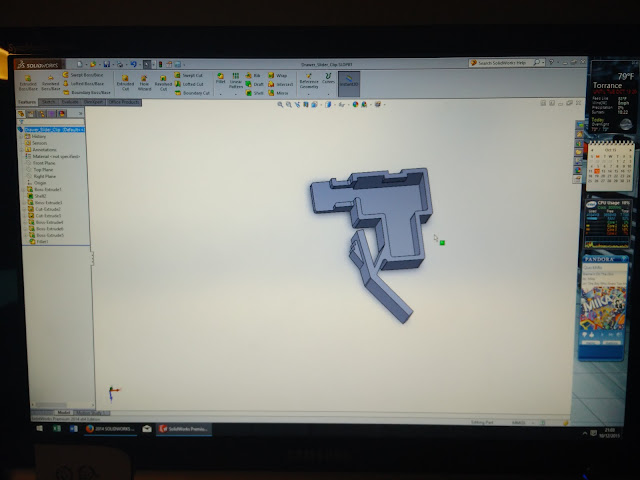 I sent the file to our friend and he loaded it into the machine. 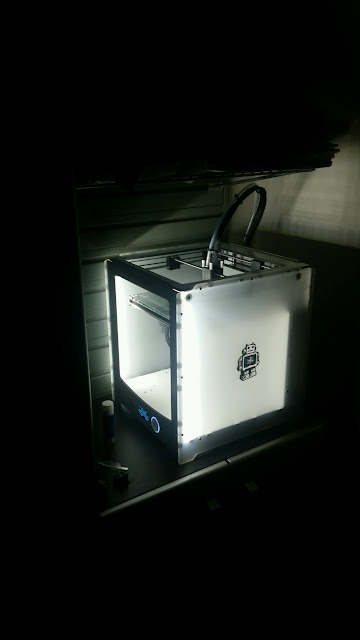 After that, it's "set it and forget it." 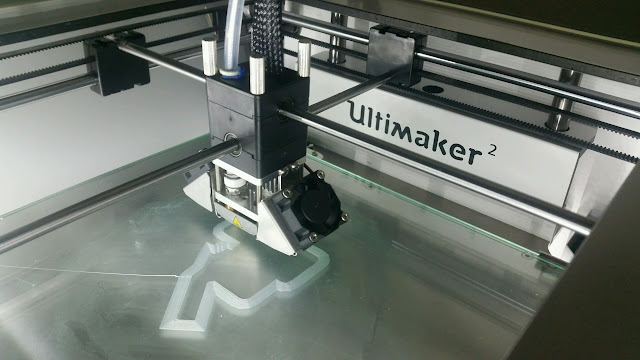 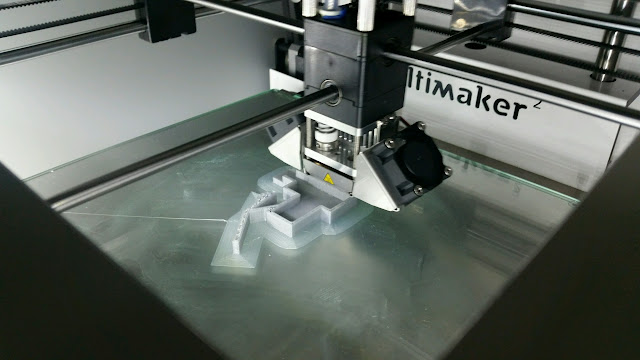 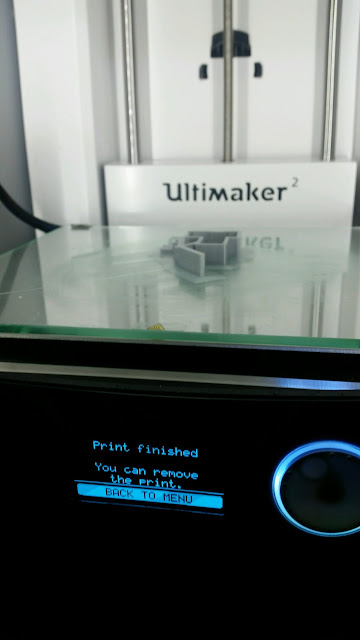 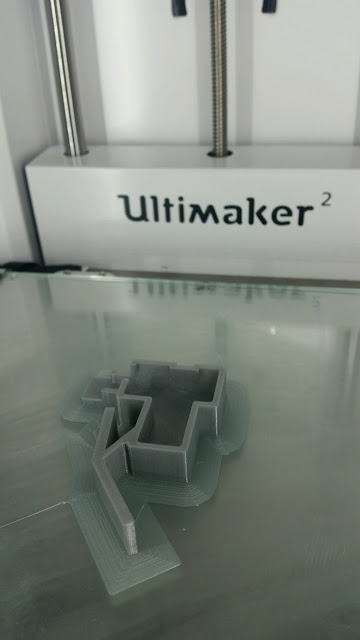 Here's the finished product next to the original 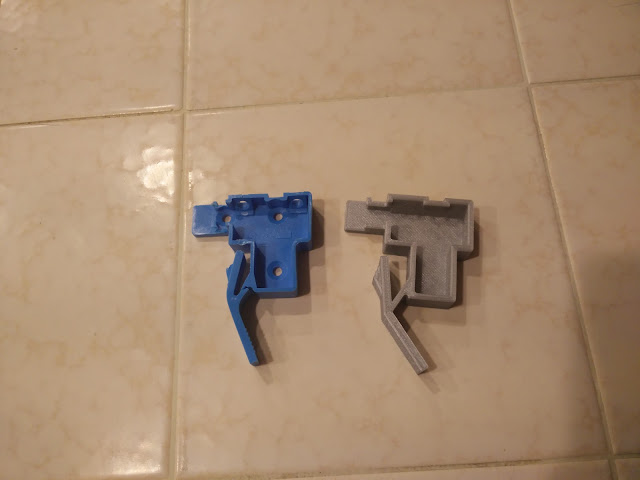 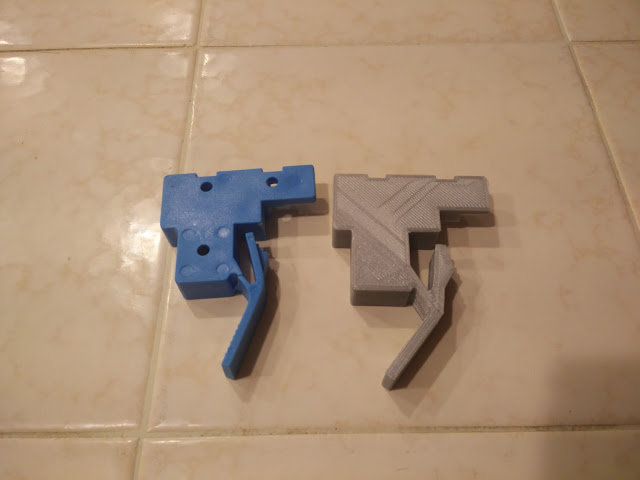 I modeled the part without the holes for simplicity and drilled them myself afterward. 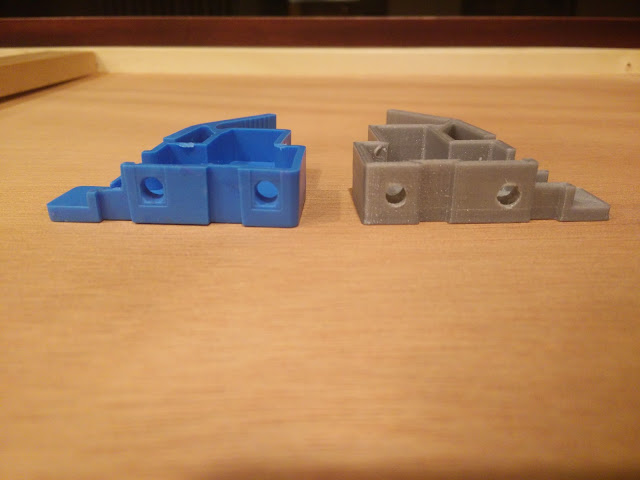 The original clip was mounted with countersunk screws, which slightly cracked the plastic around the mounting holes, so I switched to stainless button head screws.
The new part attached to the drawer easily enough. 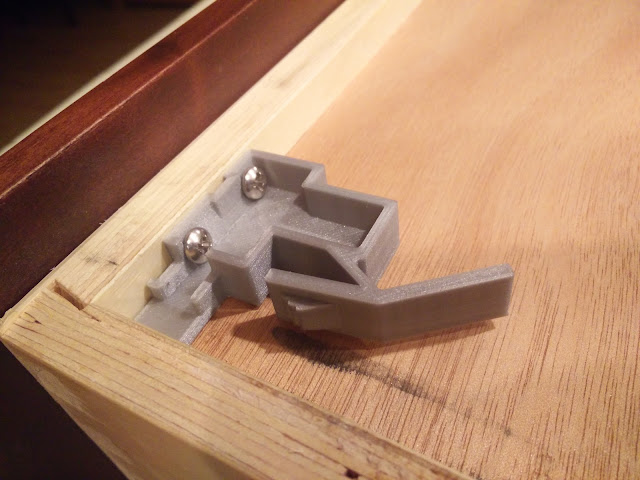 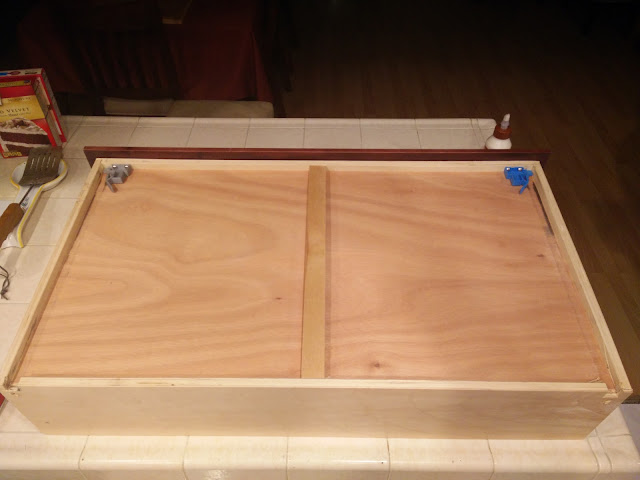 It was time for the ultimate test--would it work?
Chrissy captured all the action in photos.
And it worked!  Perfectly!  Like it says in the title, we live in the future.  Who would have thought, even five years ago, it would be practical to repair a dresser by making a part basically out of thin air? 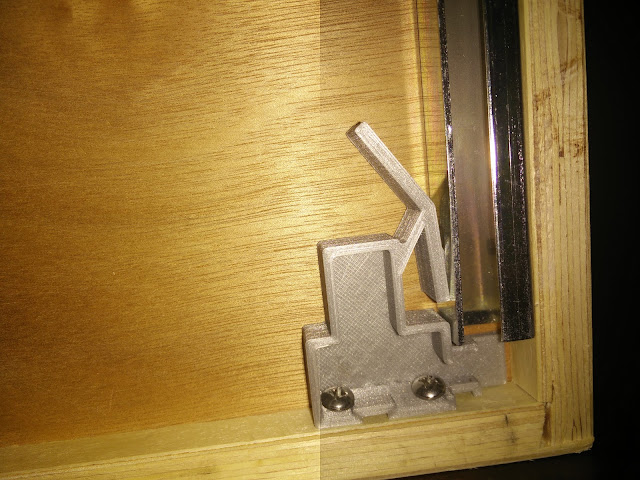