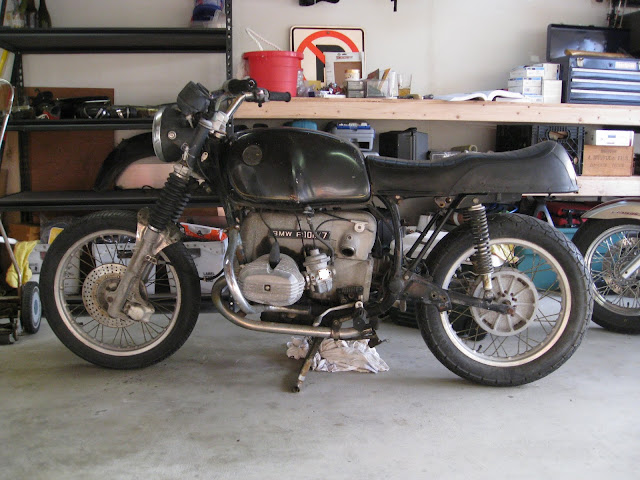 Now that I have determined the engine, transmission, and clutch all need to be closely inspected, I have started really pulling things apart.
Additionally, since I will be relocating the battery and all the electricals are in rough shape, I have decided to pull all of that off and replace most of it as well.  I just need to be very careful, since we all know electricity is magic and is more or less impossible to understand.

I pulled off the seat and tank again and started going to town.  First up were the carburetors and then the airbox and starter cover/intake.  Next up were the giant ignition coils.

I want to start on the exhaust, but I need a special wrench to avoid destroying the fancy fin-nuts.

Rear wheel removed, fairly easily.  Had to deflate the tire to pull it out.  I also discovered why there is so much space to the left of the wheel in rear swing-arm.  It's so you can remove the wheel.  I think I have an idea of how to cover that up a bit.

The front wheel came off easily as well.  Note to self:  spacer goes on the left.

Next up was removing the alternator. 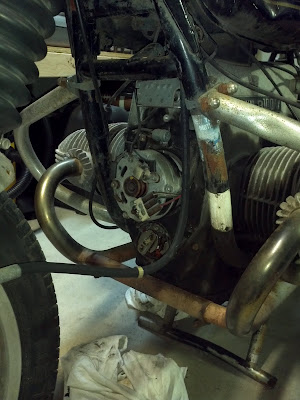 Then I ran into a problem.  When trying to unscrew the rotor from the crankshaft the engine kept turning, which is actually a good sign.  That engine rebuild may not be needed after all.
Anyway, I had to figure out a way to keep the engine from turning when loosening the fastener.

I decided to remove the starter and jam a screwdriver in the teeth on the flywheel.
Here's the giant starter, with a ghetto-fabulous setup to remove a bolt that is ridiculously difficult to access.  That is a 1/4 inch wrench that I used to loosen a 13mm nut. 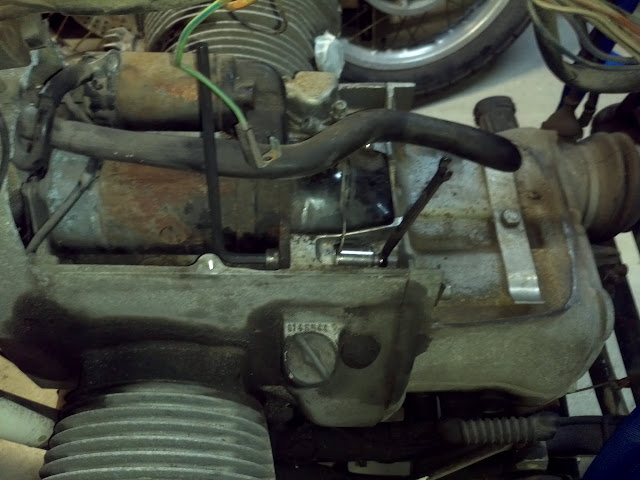 Once I got the infernal starter off, I had a lovely assistant hold the flywheel while I unscrewed the alternator rotor. 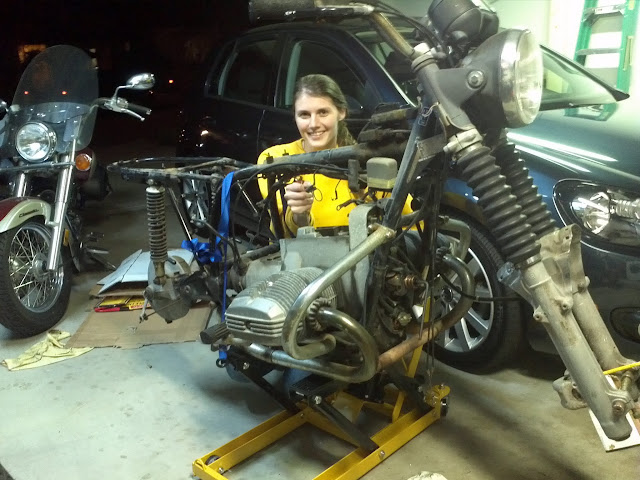 And that's where I left things.
This really escalated quickly.