Editor's Note:  This incident actually happened about a year ago, but I've been waiting until we redo the entire bathroom to post it, but that could be a while, so it's going up now. 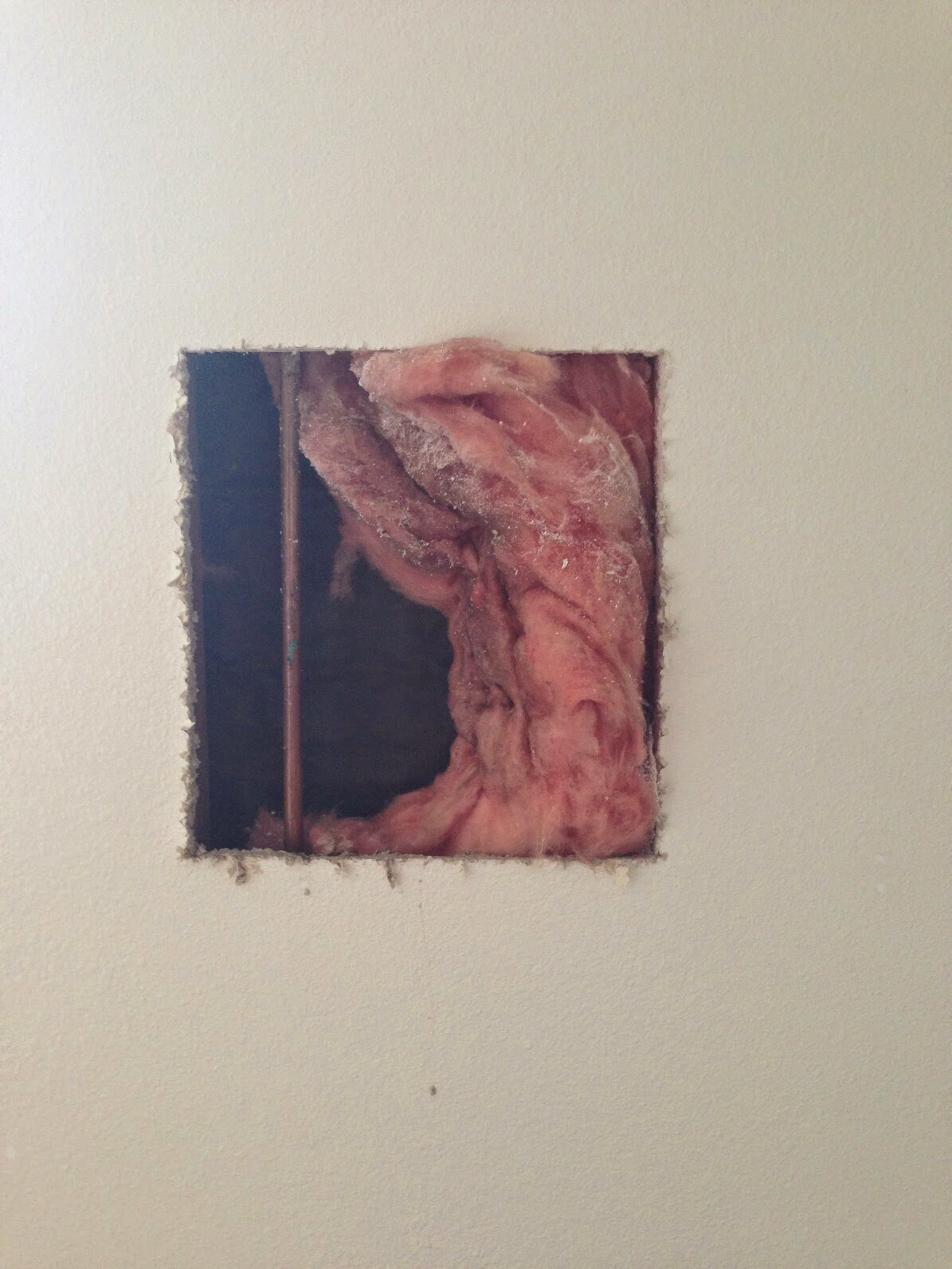 While I was on a business trip, I had just gone to bed when I got a frantic phone call from Chrissy.  She said she heard rushing water coming from the wall of our master bathroom.  She quickly deduced a pipe had sprung a leak, which is something that happens for no particular reason in our house.  With a little verbal help from me she was able to turn off the water to the house.  She called a plumber the next day who fixed the leak and left us with the hole you can see above.  In my opinion, he overcharged Chrissy, but I try not to think about that.

I just had to fix the big hole in the wall.  The first step was letting everything dry sufficiently then installing new insulation.  We replaced everything below the leak and used a broom handle to cram it all the way to the bottom of the wall.  I also needed to expose half of the stud on each side so I could screw new drywall in.  You can see where I marked the left side. 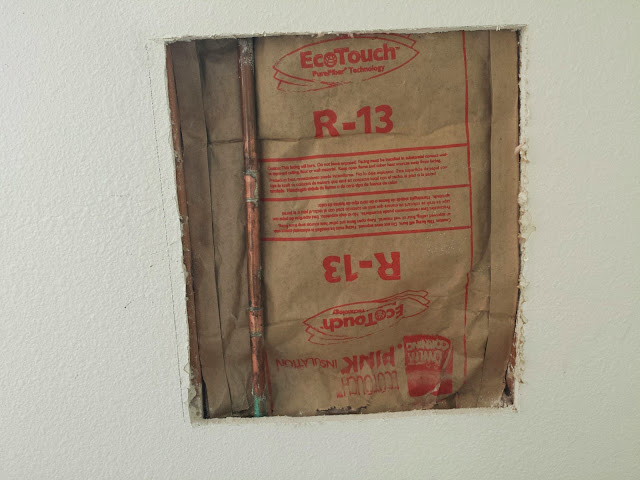 Here's the hole after enlargement. 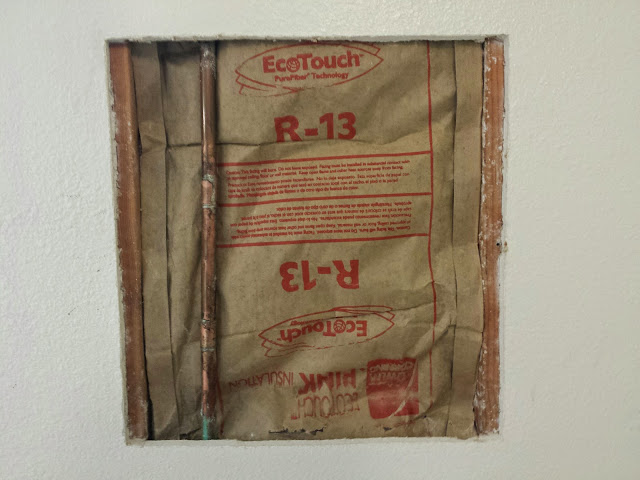 I cut the new drywall to a precise "press fit." 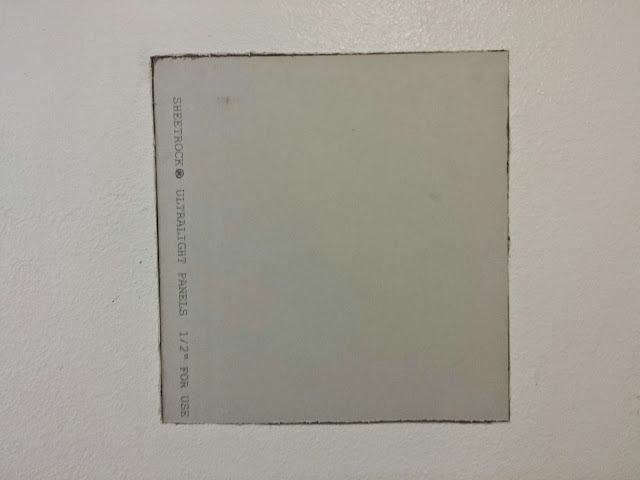 With a few screws, everything was secure. 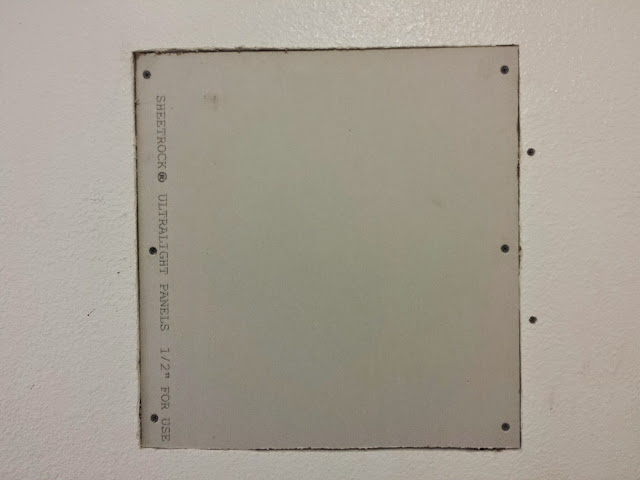 Next, I shaved down the existing drywall around the hole so when I taped the seams it wouldn't be above the level of the wall. 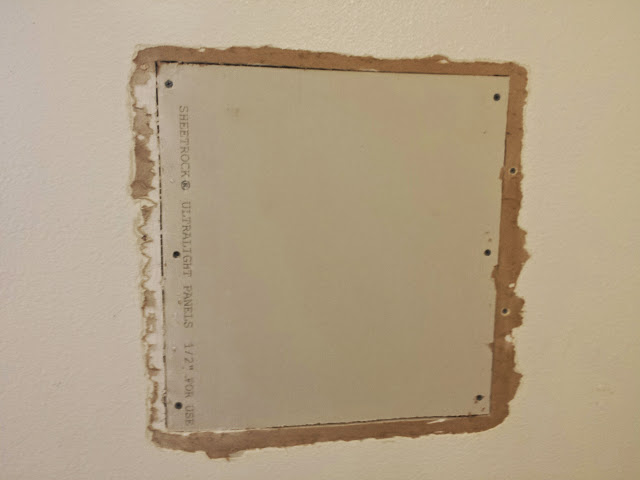 After applying tape and mud, it was looking good. 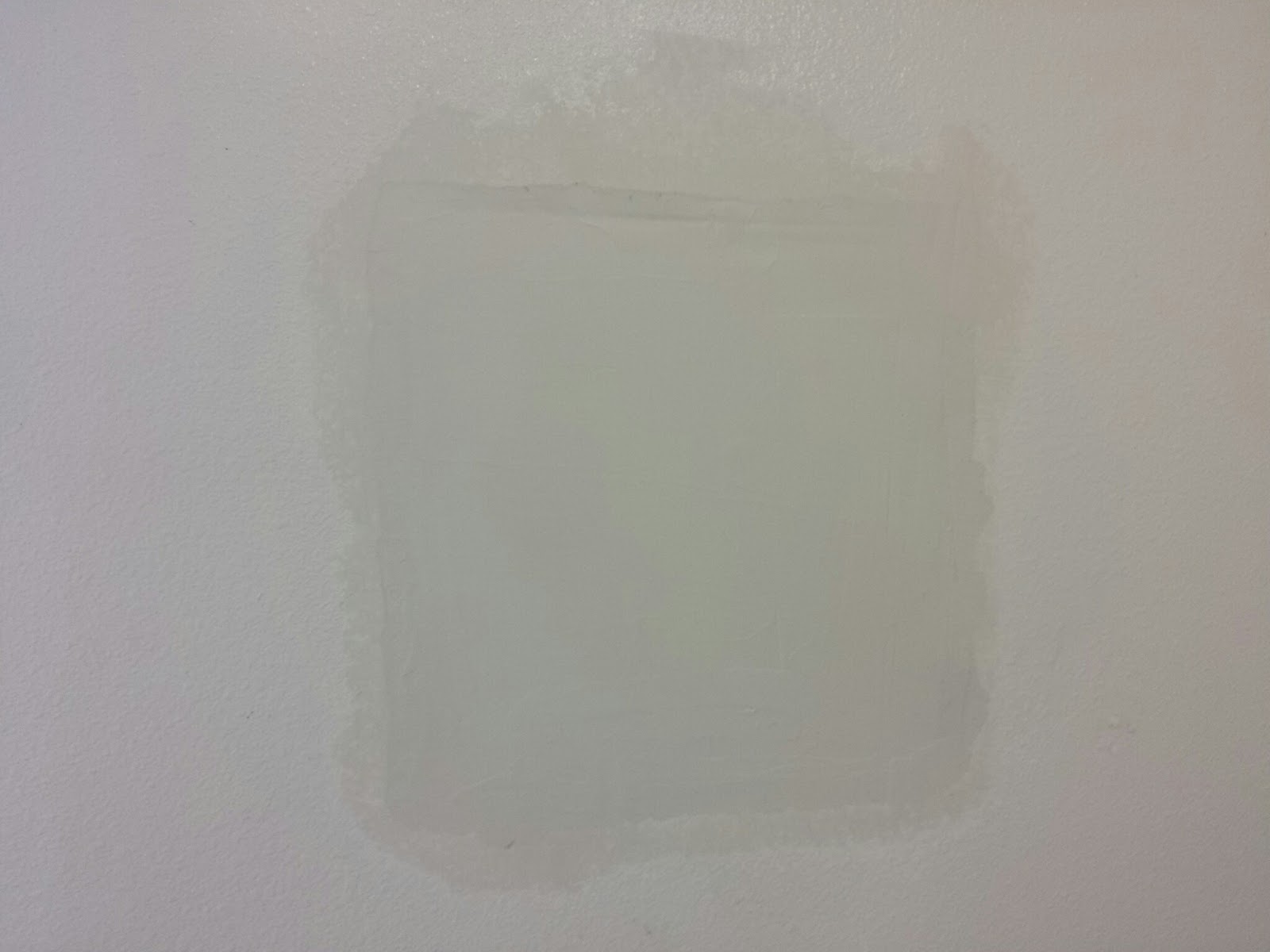 Next came the texture.  This application was infinitely more successful than my miserable texture fail in our closet.  I just used the canned spray texture from Home Depot. 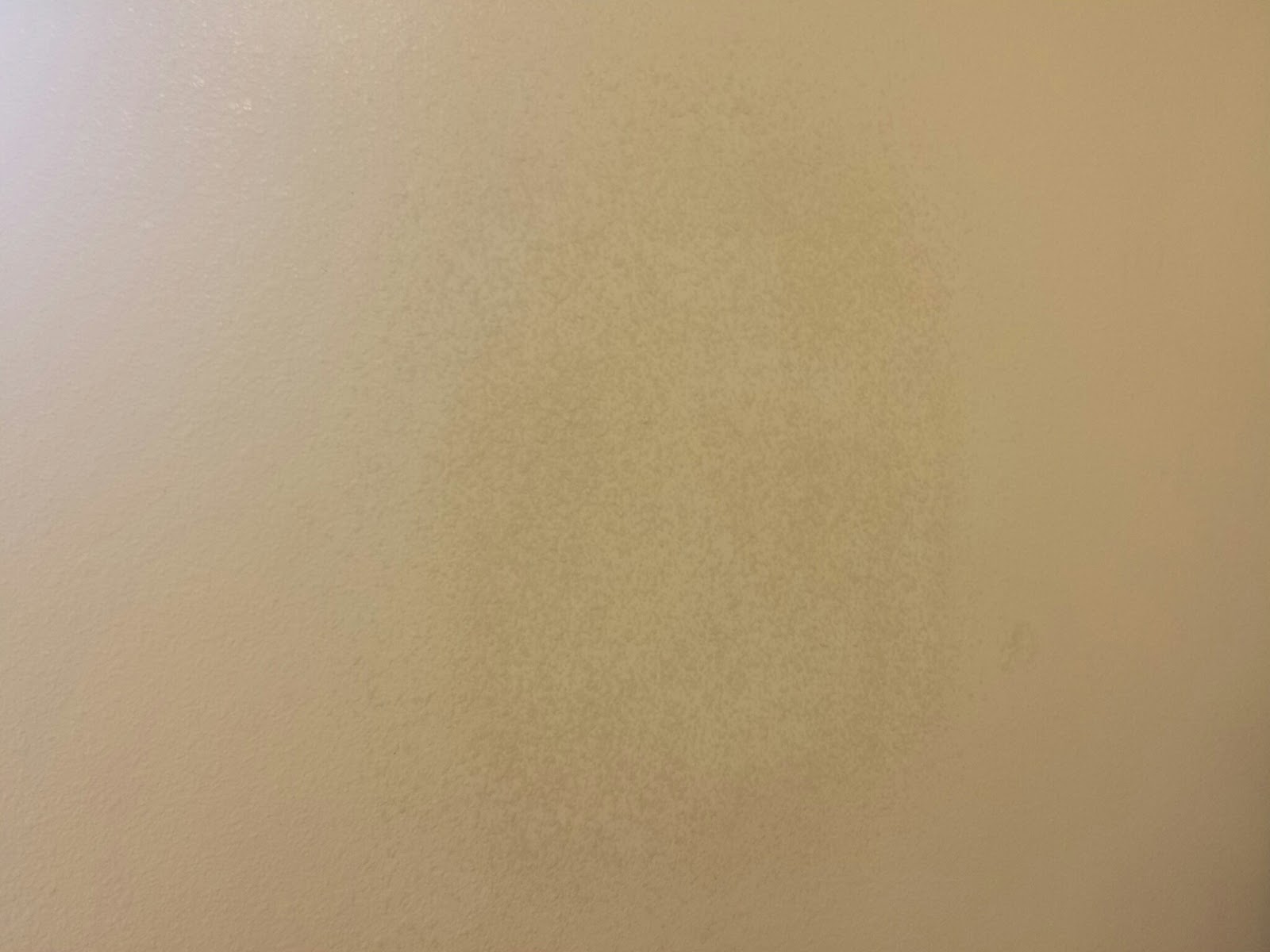 After a coat of primer, it is hard to spot where the hole was. 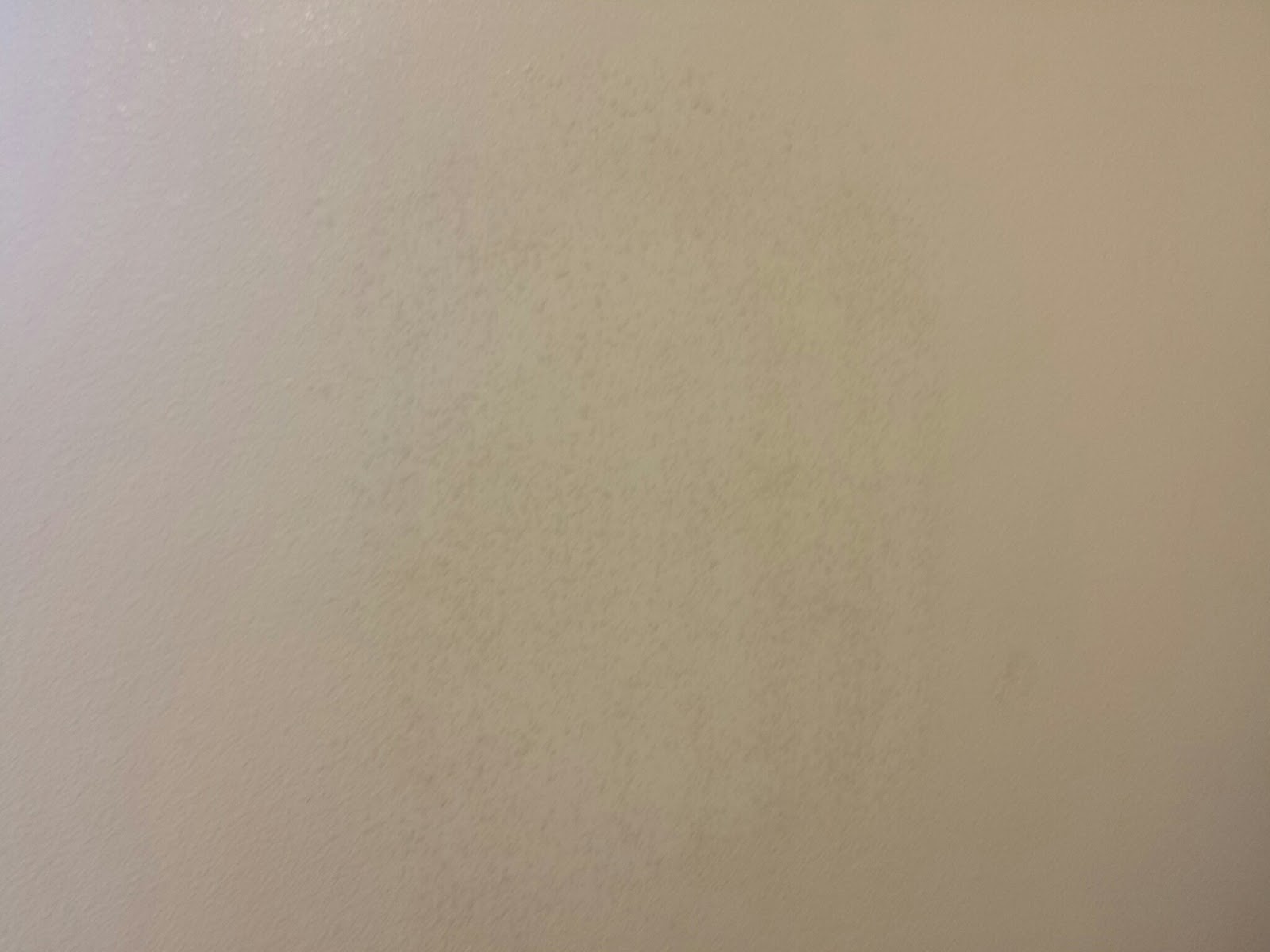