I've been kicking around the idea for a "digital wall calendar" for quite a while.  Basically, a screen that will hang on the wall and display my Google calendar in a large format.  Somewhat surprisingly, there isn't really anything on the market like I want.
My first thought was to use a tablet, like an iPad, but I thought it would be too small, and look awkward on the wall.  It would also be difficult to display the combination of information I wanted.  Most damning, it would be too expensive.
My next idea was to use an old monitor and hook it up to a tiny "stick PC."  That was promising, especially since we have a couple old monitors, until I thought about interacting with it, which would be a pain.  This made me consider a touchscreen monitor, but then we run into the cost problem again.
The solution I finally settled on was spurred by Black Friday.  I was commenting on how $35 was insanely cheap for an Amazon Fire 7" tablet, when I realized I could get multiple cheap tablets and mount them together.  This would allow me to have more screen real-estate, and also easily have multiple items shown.  I ordered three tablets (Chrissy stole one when they arrived, so I only ended up using two) and decided I would build a frame to hold them all.  When designing that frame in my head, I realized I could expand on the concept and create a "command center."

The command center above is a little ridiculous, in my opinion, but it is impressive.  I decided the best bet was to just mount the tablets and a magnetic whiteboard.  Any additional accessories could be added via magnet at a later date.  The concept I designed is shown below.  To start, we just have a three-pocket bin and a note pad (for tear-off grocery lists). 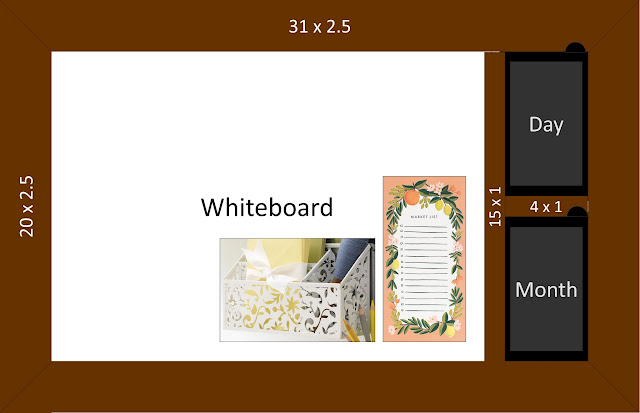 Chrissy green-lighted the design, so construction could begin.  The frame was to be built from salvaged timbers my brother had.  A week or so before construction began, I treated the lumber with pesticide to ensure I wasn't bringing bugs into the house. 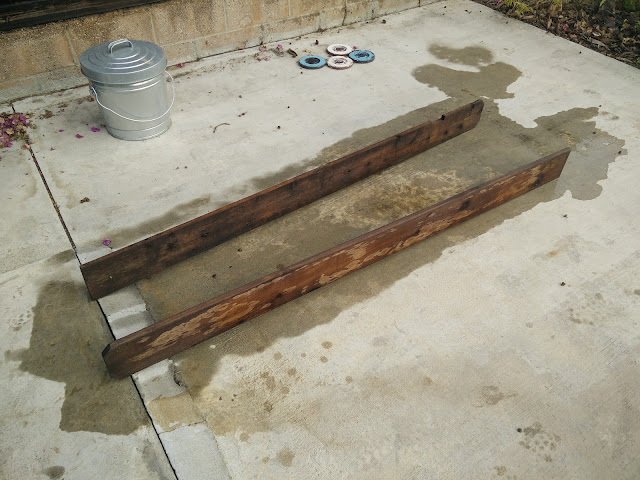 When it was time to build, my brother came to help out.
Notice how the beer can obstructs the tape measure?  That is an unintentional metaphor for our construction techniques. 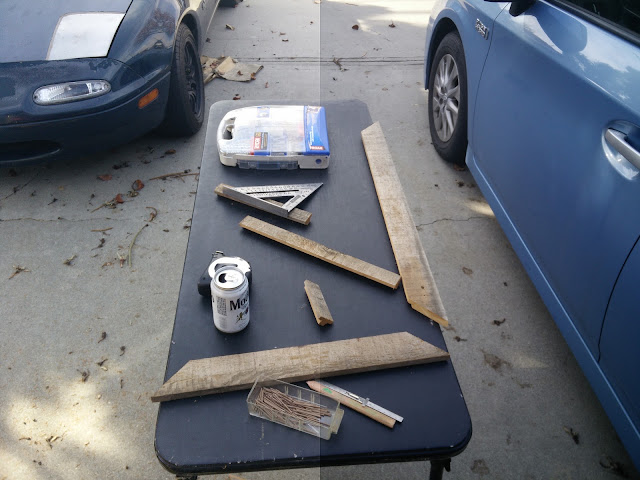 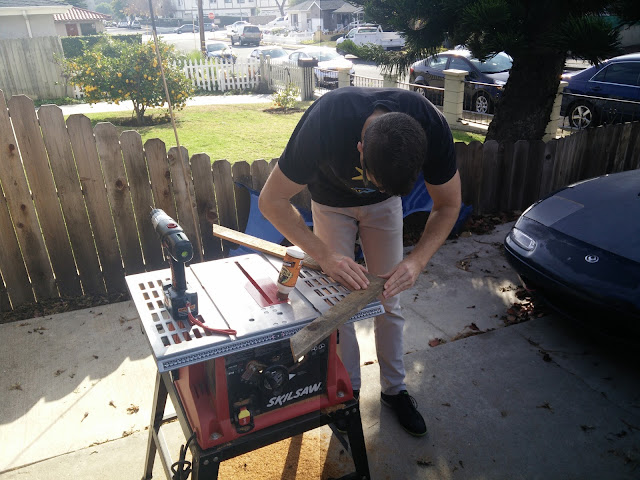 Eventually we got it close enough and glued, nailed and strapped the frame together. 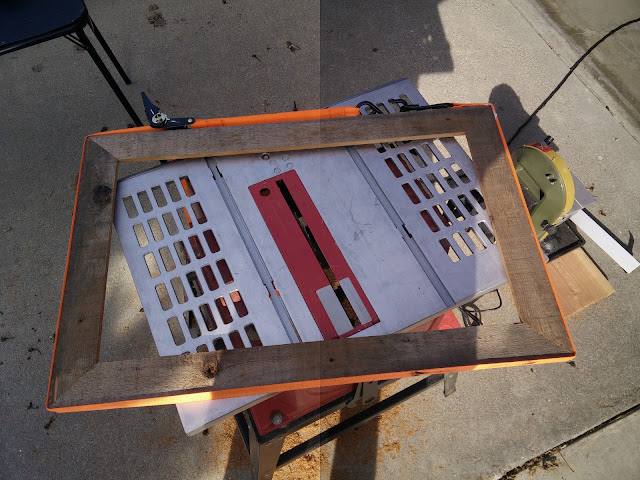 The cardboard backing on the whiteboard needed a slight trim to fit. 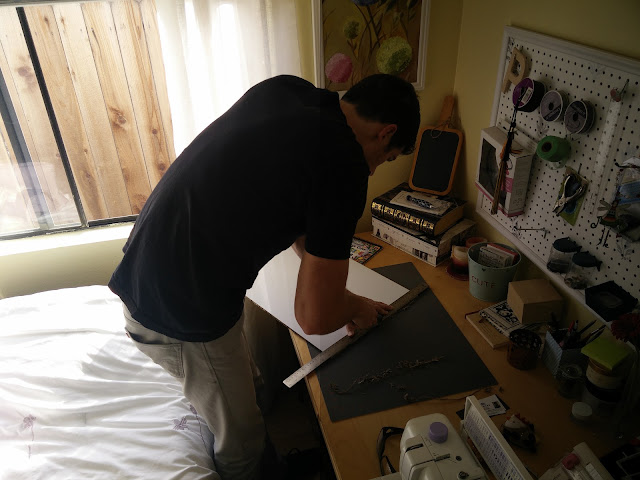 The next step was adding the smaller frame pieces.  After some precision cutting, we screwed and glued them in. 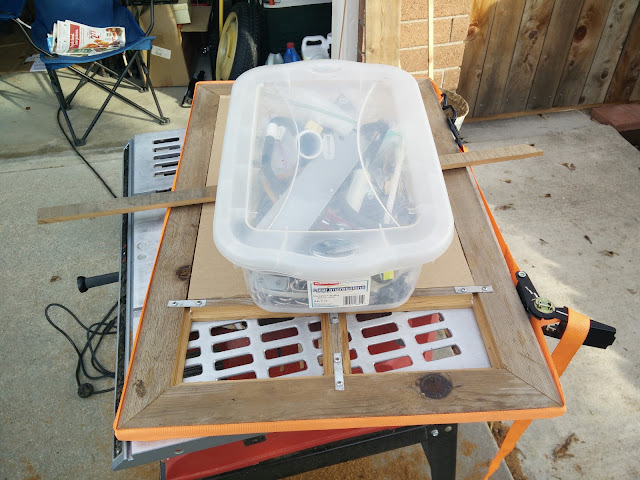 Then I had to route/chisel out the areas for the tablets' power cables. 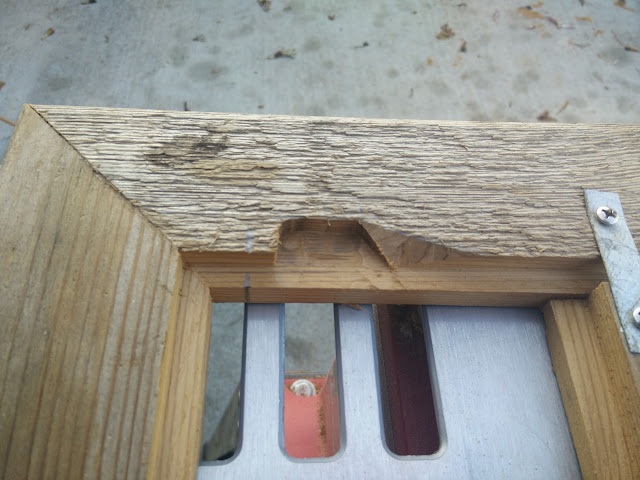 I also made notches to access the power buttons. 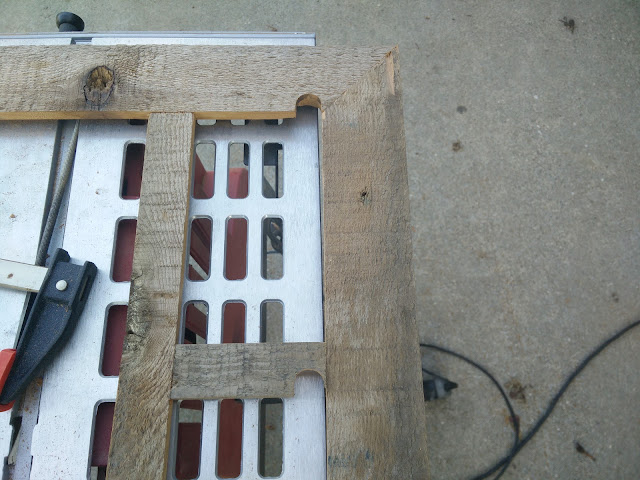 I then added a lip around the back that would create clearance for the USB hub, which would distribute power to the tablets.  I also hot-glued the white board in place. 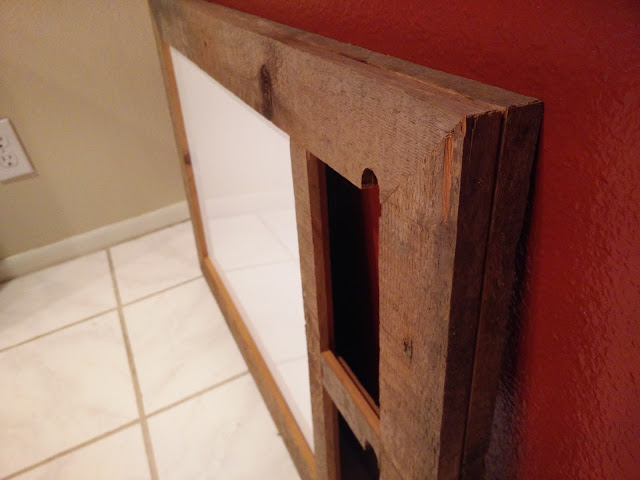 Here's the back side of the finished product, minus one USB cable which is still on its way.
And here's the front.  The top tablet displays the current day's schedule and the bottom one shows the month.  They can obviously also be used for any other tablet type functions, like displaying recipes or watching cat videos. 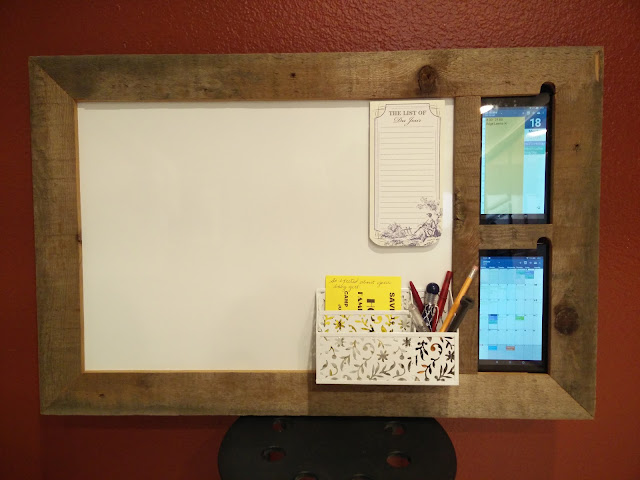 For now, it's sitting on a stool.  We will hard mount it once we get out of the beta testing phase.
Pretty darn close to the concept.

If you're curious here's the cost breakdown:
Wood:  Free
Tablets:  $70 (Black Friday price)
Whiteboard:  $12
Bin:  $10
USB Hub:  $17
USB Cable:  $4
Total:  $113
Seems pretty reasonable, considering it has two fully functioning computers in it.  For comparison, the crazy command center shown above cost more than twice as much to make, and it can't even surf the web.

If you're even more curious/nerdy, I'll share the apps I'm using to make this work.  The calendar app is aCalendar+, and I'm using a handy app called Keep Screen On Free to keep the screens on. For free.
Posted by Andy
Labels: Casa, pretty house, stainless