Now that the passenger seat has a four point harness, the airbad on that side of the vehicle isn't so helpful.  Not to mention the fact that I'm not even sure the passenger airbag would work since the driver side airbag was already gone and the airbag light on the dash was blinking.

Removing the actual airbag was pretty simple.  There are four bolts above where the glove box sits, and those are the only thing holding the airbag in.  After the bolts were out, the shockingly large and heavy airbag unit slid right out.
I cut/unbolted the cover panel from the rest of the unit and I plan to reinstall it with a hinge, which will give me a makeshift glove box.  That will come in handy since I removed the official glove box. 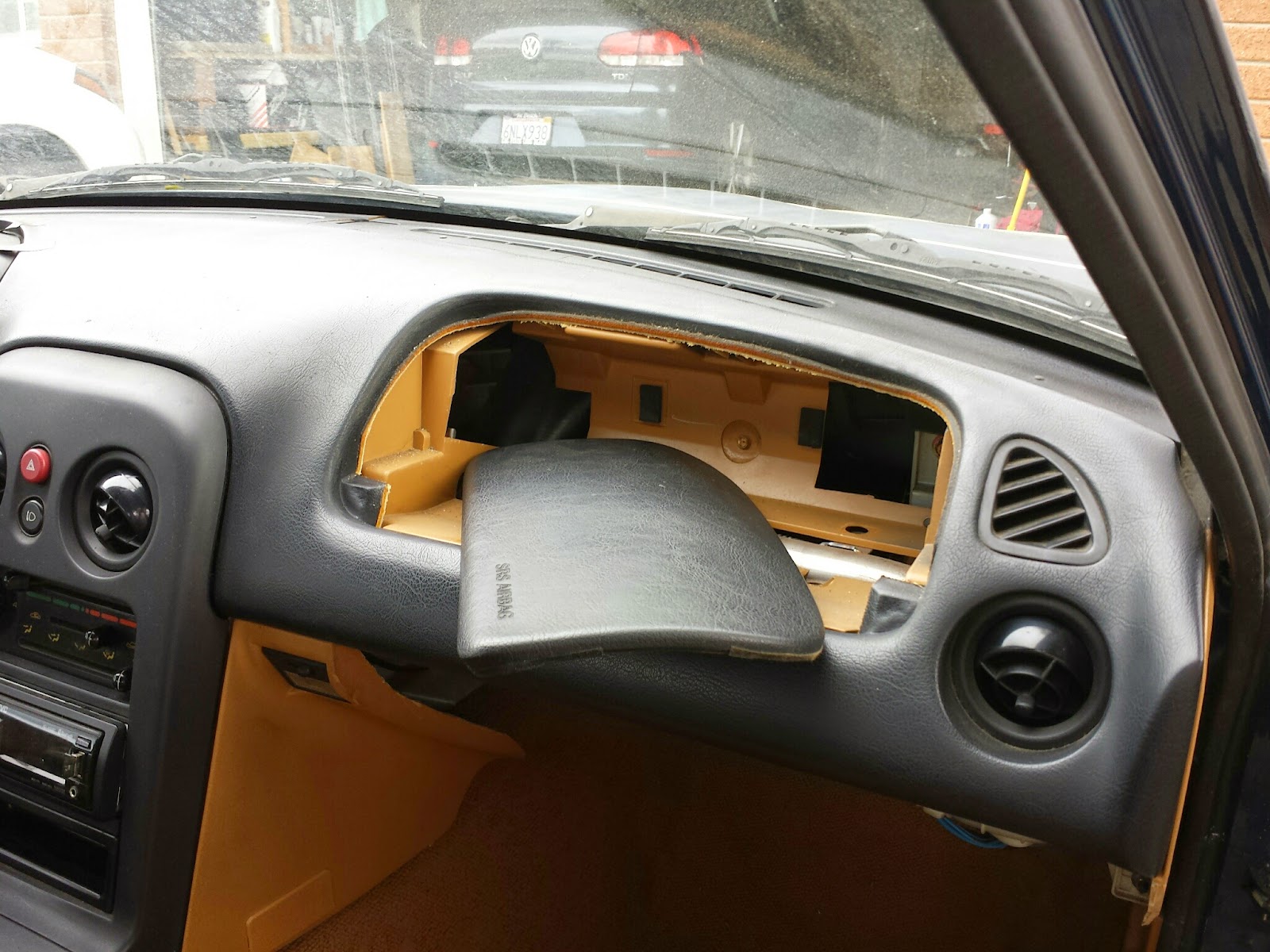 Since all the airbags were gone, I could remove the crash sensors as well.  There are four of them, but I could only reach the three in the front end of the vehicle.  The last one is behind the dash.
The surprisingly heavy sensors are well protected behind two covers.
After unbolting the sensor, I got to remove the poorly run wiring as well, which was quite satisfying.  The connectors attaching the sensors were a bit of a pain, but I got them. 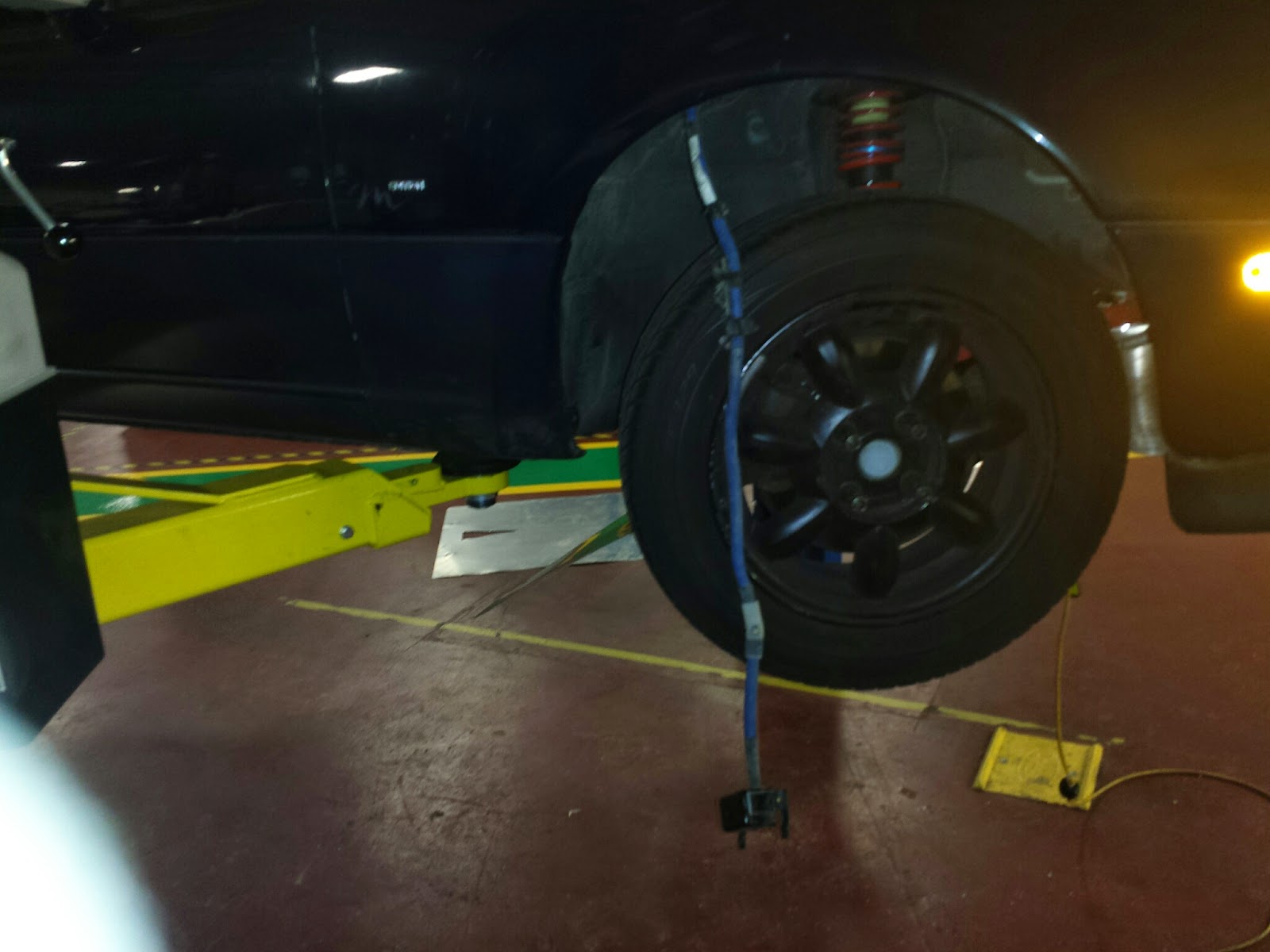 Here's everything that came off, including the airbag control module from under the driver side dashboard. 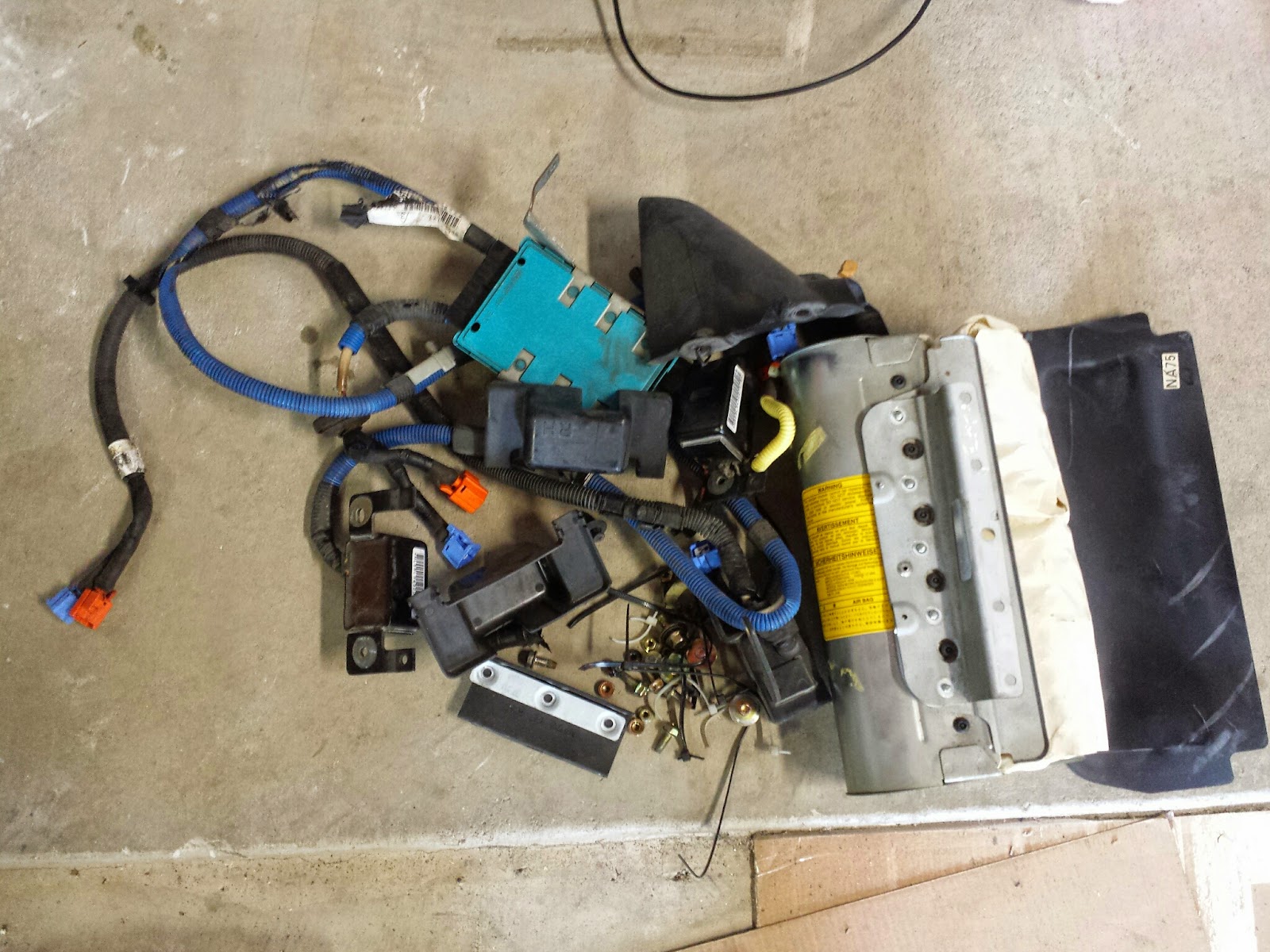