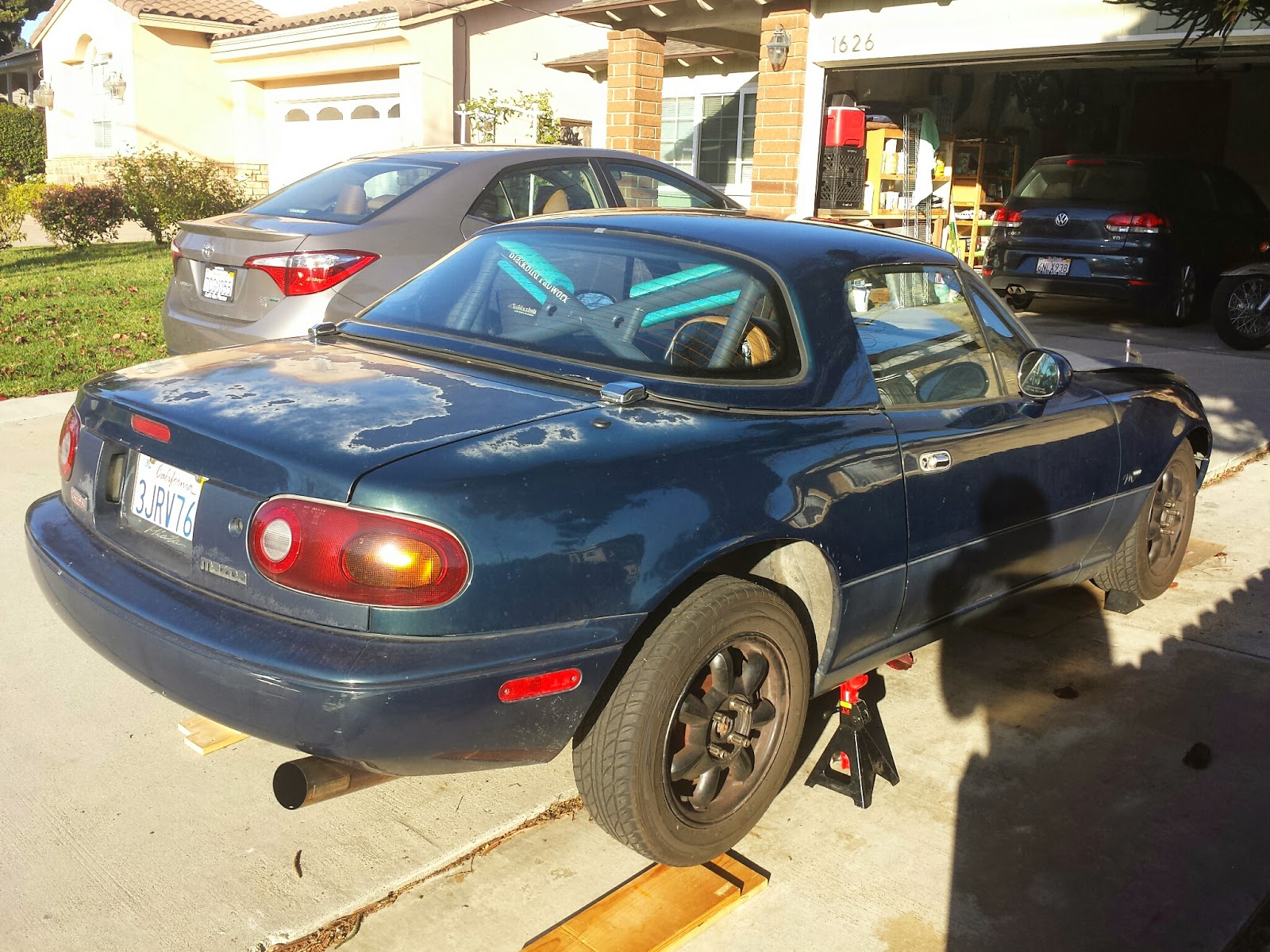 After getting the front tray in place, the middle one looked like it would be a piece of cake.  I started by jacking up the back of the car.

The only thing that looked like it might be a problem was the resonator.
I wasn't sure how I would deal with the resonator, so I started by cutting the the aluminum sheet to width and putting it approximately into place to see what it wanted to do.

I went ahead and fastened the front of the sheet with some more stainless self-drilling screws, sliding it under the front panel for optimal airflow.  This sheet is about 3'x4' and I put a screw about every 10 inches for the entire length of the frame rails, for a total of eight screws.  I used large washers again to try to spread the load as much as possible. 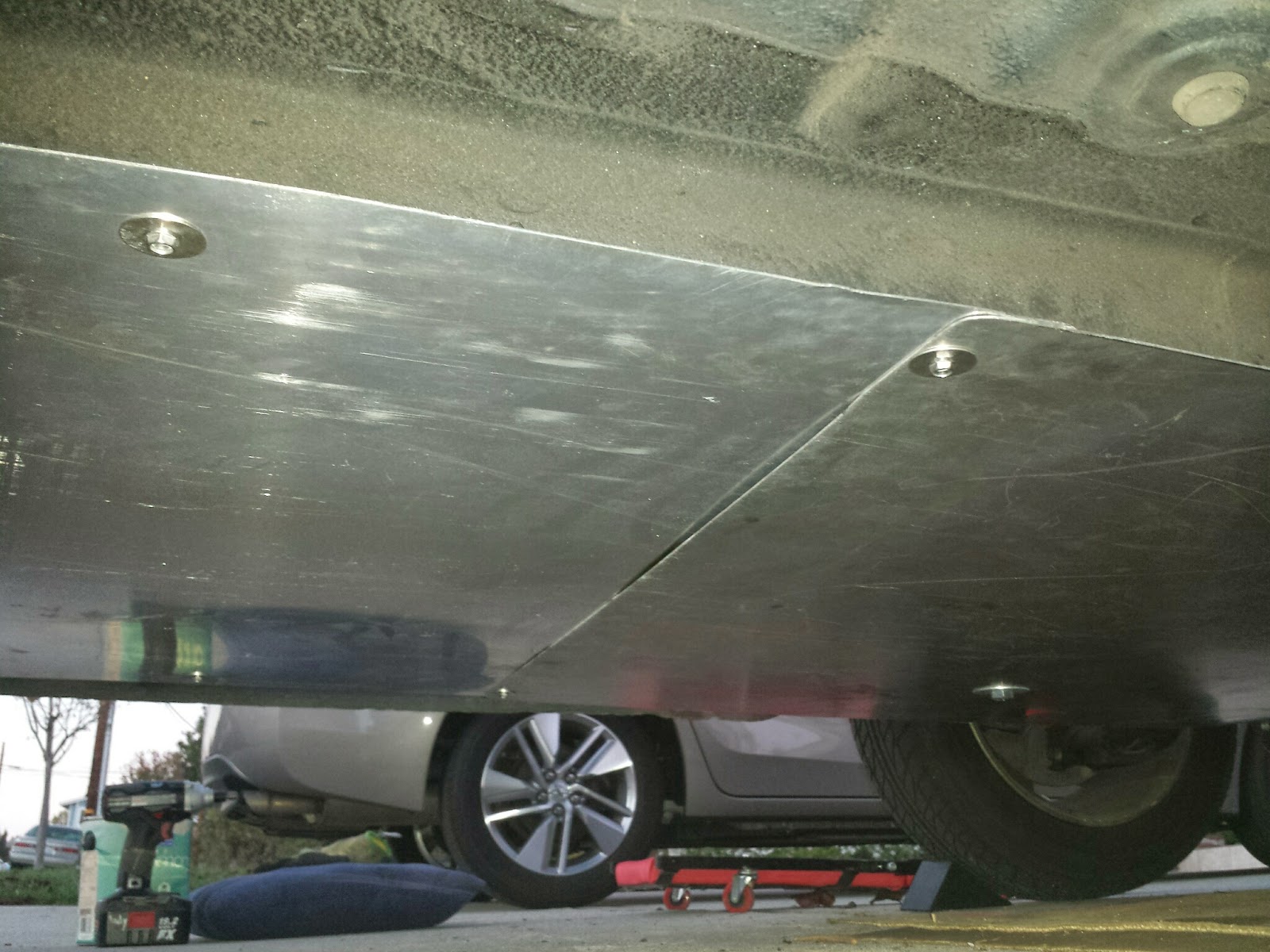 Now I had to figure out how to mount the rear edge of the sheet.  I planned to use the chassis bolts, similar to the ones on the front, but I soon discovered there was a problem. 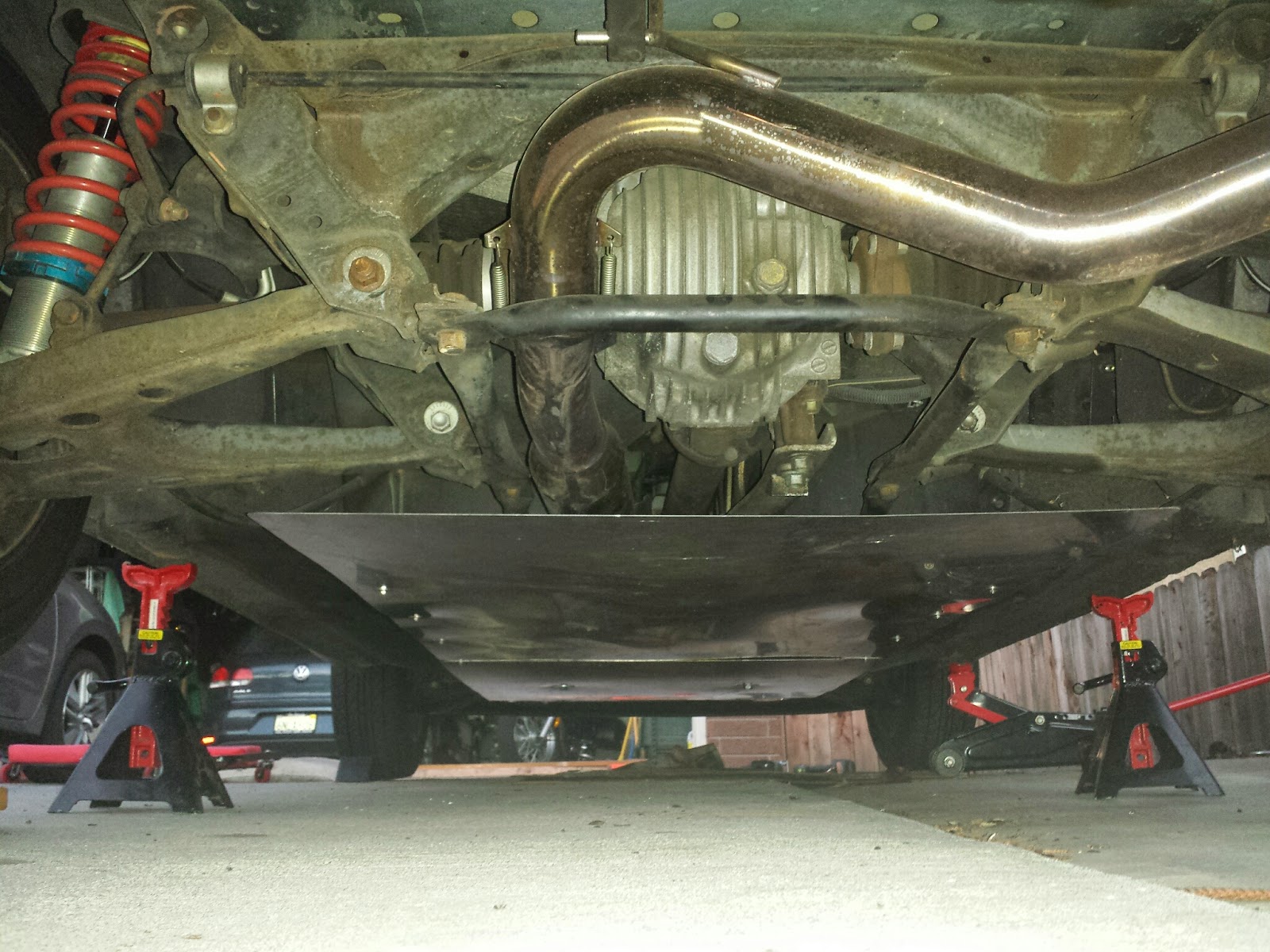 The bolts for the rear chassis braces use a different thread than the fronts for some reason.  They both have a 17mm head, but the fronts, as you may recall, are M12x1.25 whereas the rears are M12x1.5.  This meant I got to return to the hardware store to exchange my expensive bolts. 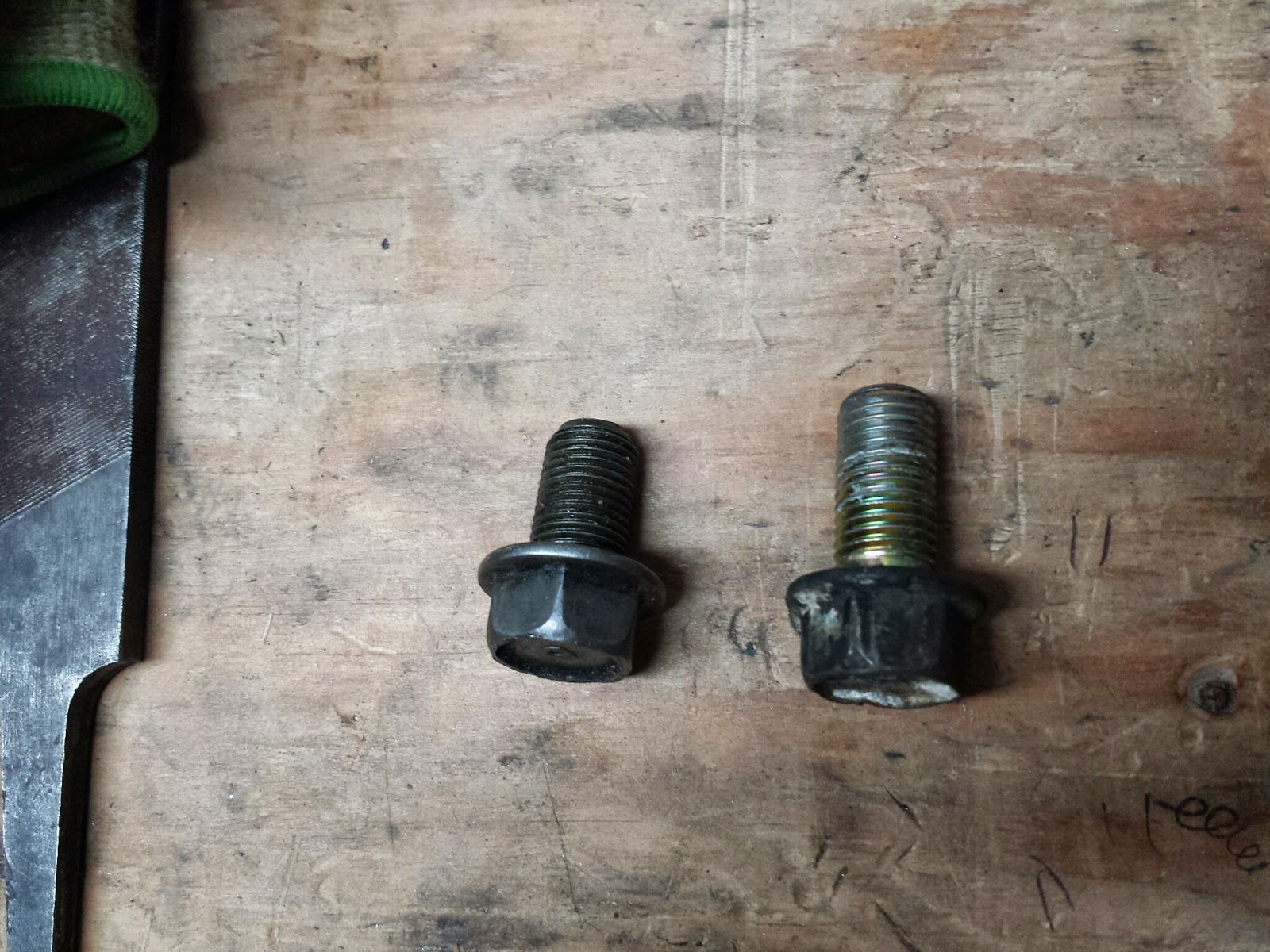 I probably would have had to go back even if the threads matched because I decided to just use spacers  to go under the resonator instead of trimming the sheet around it.  That meant I needed a longer bolt and some more of the thick washers I was using as spacers.  When I had the appropriate hardware, I used my old trick with the dead blow hammer and drilled some holes.  They lined up perfectly, and the second piece was secure.  I will probably do a little trimming around the rear suspension, but not a lot.