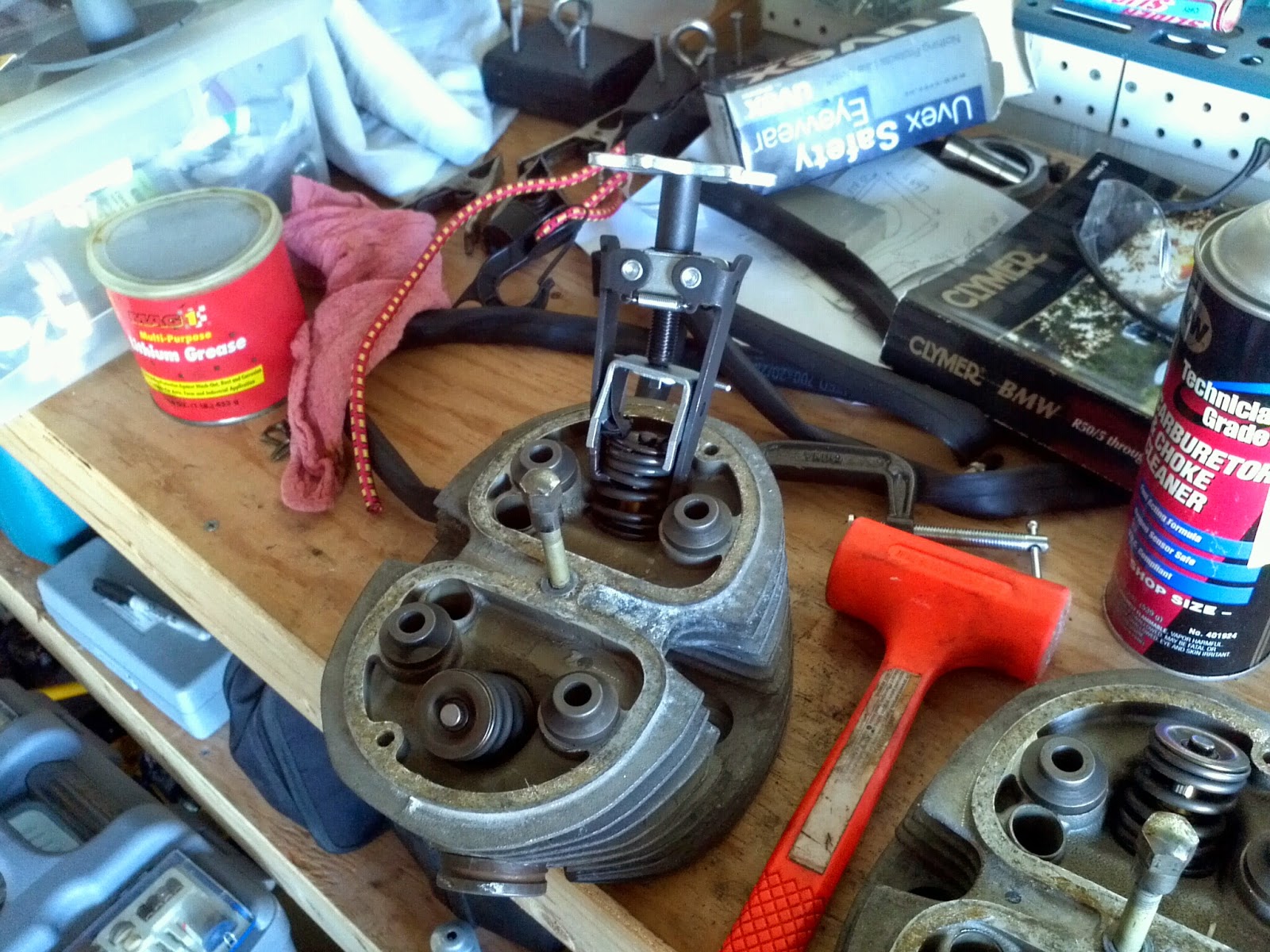 I bought a valve spring copressor at Harbor Freight for $10, hoping it would allow me to get the valves out.  It initially failed, and I was prepared to give up on it, but I didn't have any other free good options, so I tried one last time and basically forced it.  Luckily, it worked--with a little help from the dead blow hammer*.

I proceeded to clean the valves and intake/exhaust ports in the method described in this video.  It involves a brass brush in a Dremel for the ports and a brass wire wheel in a bench grinder for the valves.  The trick is to mount the valves in a drill, so they spin while you clean them and they're easier to hold.  Everything seemed to come out really well, so I'm happy.

This project also involved mounting and using my Black Friday bench grinder for the first time.  I actually had to Jerry rig it for the wire wheel to work. 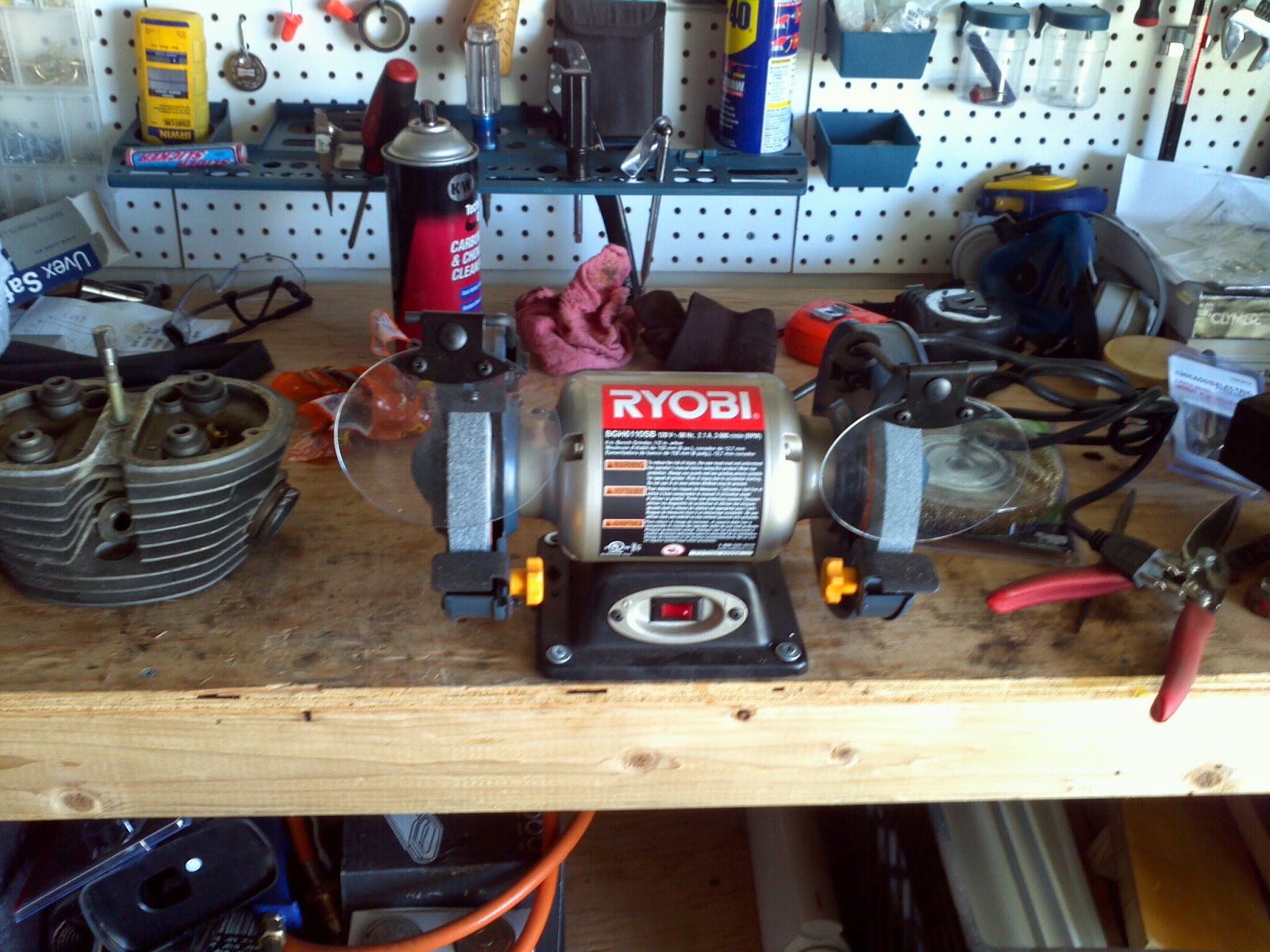 Here are all the valve parts, sorted neatly. 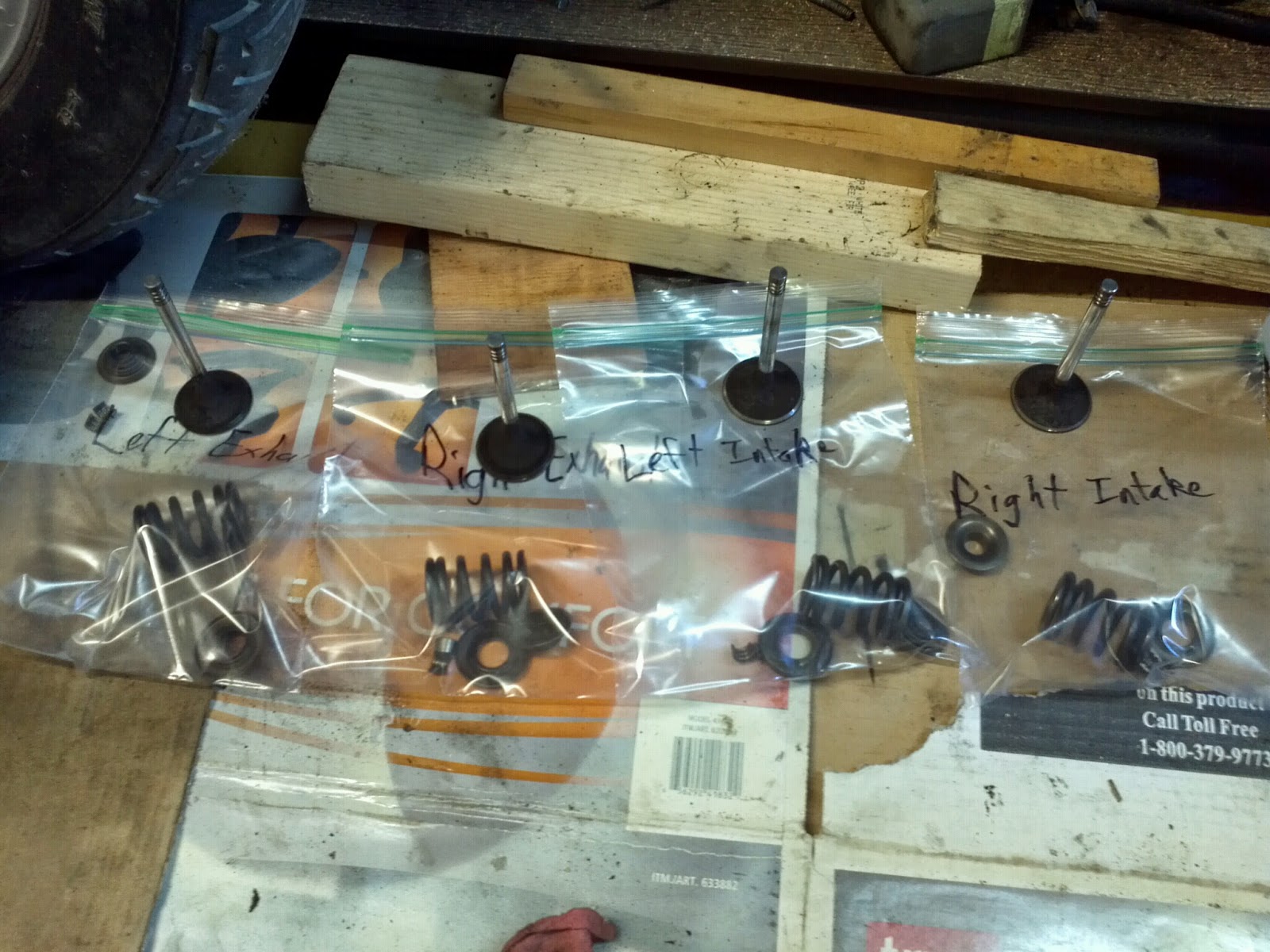 And the naked top end. 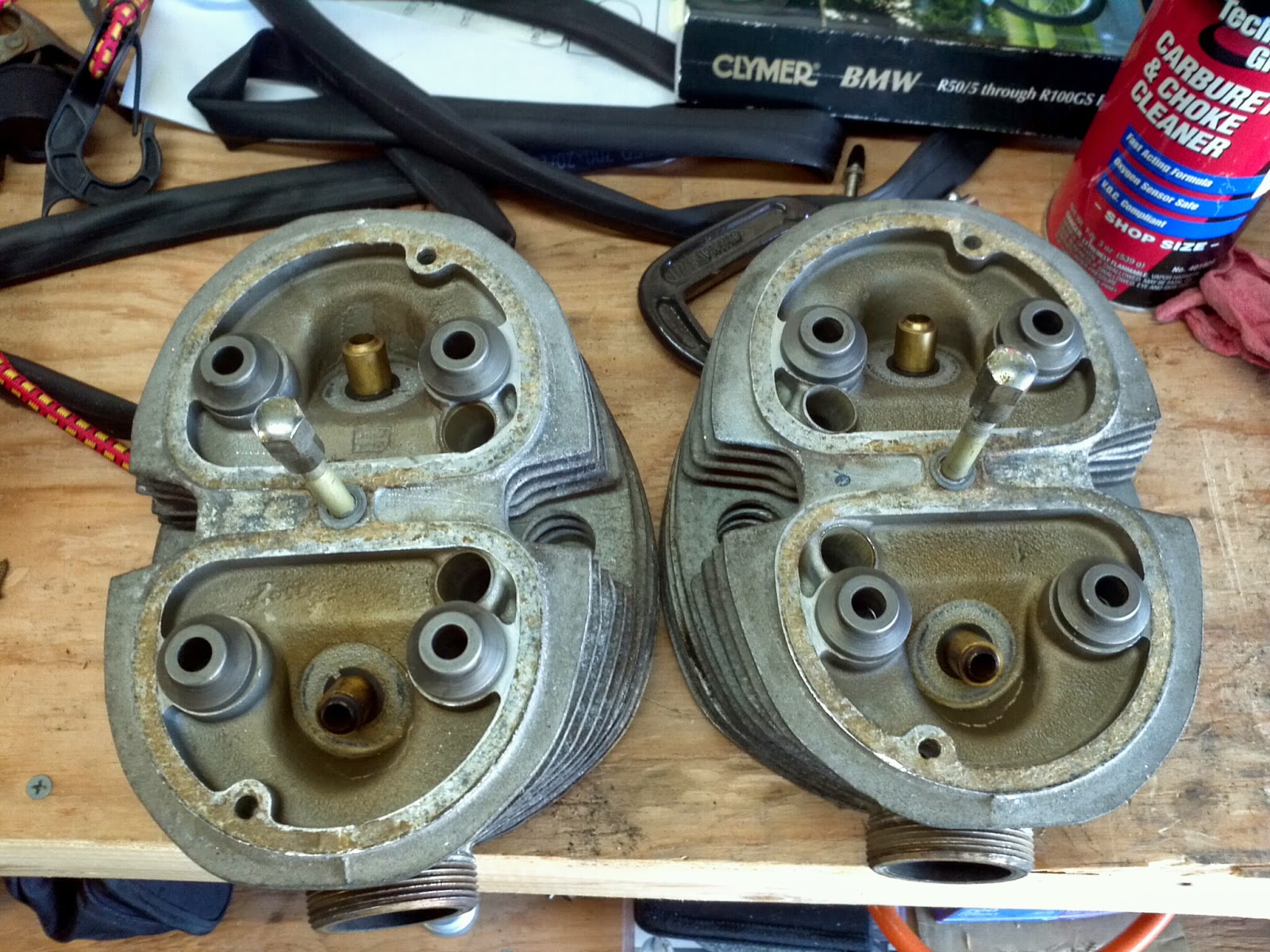 Here are some before and afters:

You can see I taped up the valve stems before putting them in the drill.
This was the most impressive transformation.


I had planned on letting professionals do this, but the video gave me confidence.  It really isn't that tough, at least when you have a simple engine with four valves.
The next step is to re-seat the valves with some grinding compound.