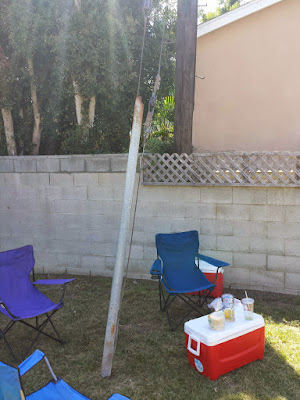 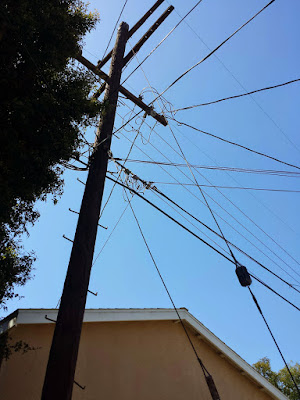 This project actually took place back in April, but I didn't take an "After" until recently, so it's getting posted now.
A friend of ours (name withheld for security concerns) lives in a house where two guy-wires for a utility pole were anchored right in the middle of the back yard.  It created a large intrusion in the yard, and the cables were very clearly not accomplishing anything.  They were very slack.
We started the project by trying to dig up the anchor. 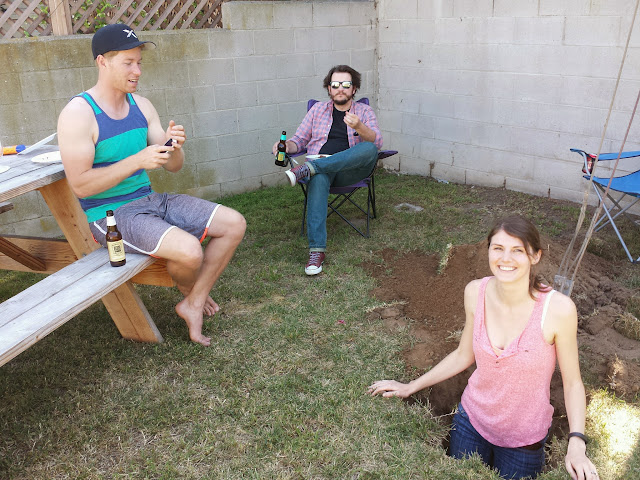 After digging quite deep, we realized it went much deeper than we expected, so we switched to Plan B.  That plan was to unbolt the hardware holding the cable, but we didn't have the appropriate tools, so we switched to Plan C, the hacksaw.
Despite a dull blade, we made it though the cable.  Once the cables were free of the anchor, we enlarged the hole to the side and bent the anchor over, burying it at least a foot below the surface.
The yard now has much better feng shui.
Yes, we did drape the loose cables into the neighbors yard.  It's the back corner, so it shouldn't bother them.
Posted by Andy
Labels: Casa, negligence, Unnecessary Risk