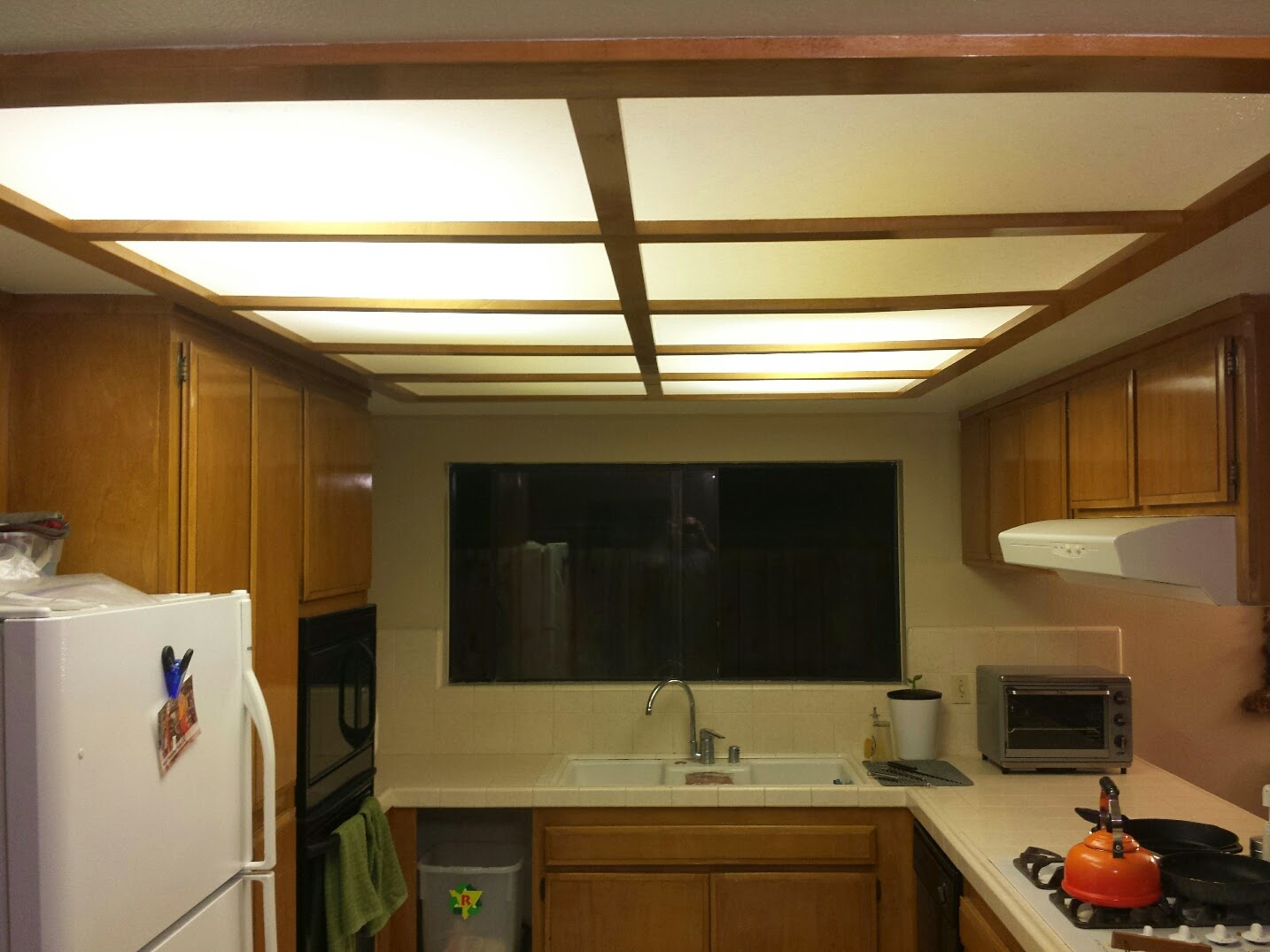 The lighting in our kitchen left a lot to be desired.  It was an old fashioned look with gross plastic panels that lowered the ceiling.  There were four fluorescent light fixtures mounted up there, but only two or three would work on any given day.  They also made a miserable buzzing sound.  I'm not sure why we didn't do this sooner. 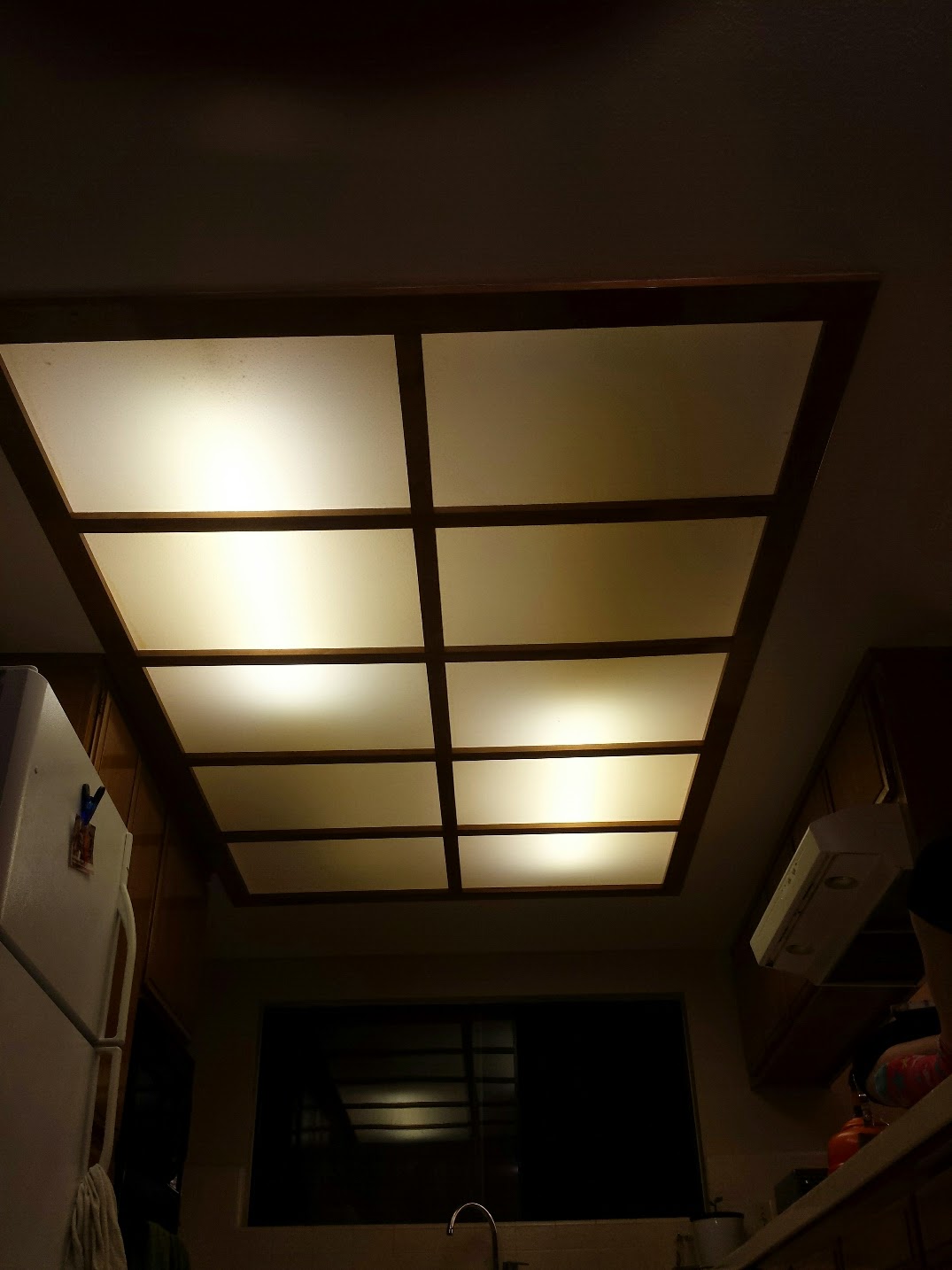 We pulled out the plastic and it was clear this area was not pained properly.  There was also lots of over-spray from when they finished the wood.  It looked pretty gross. 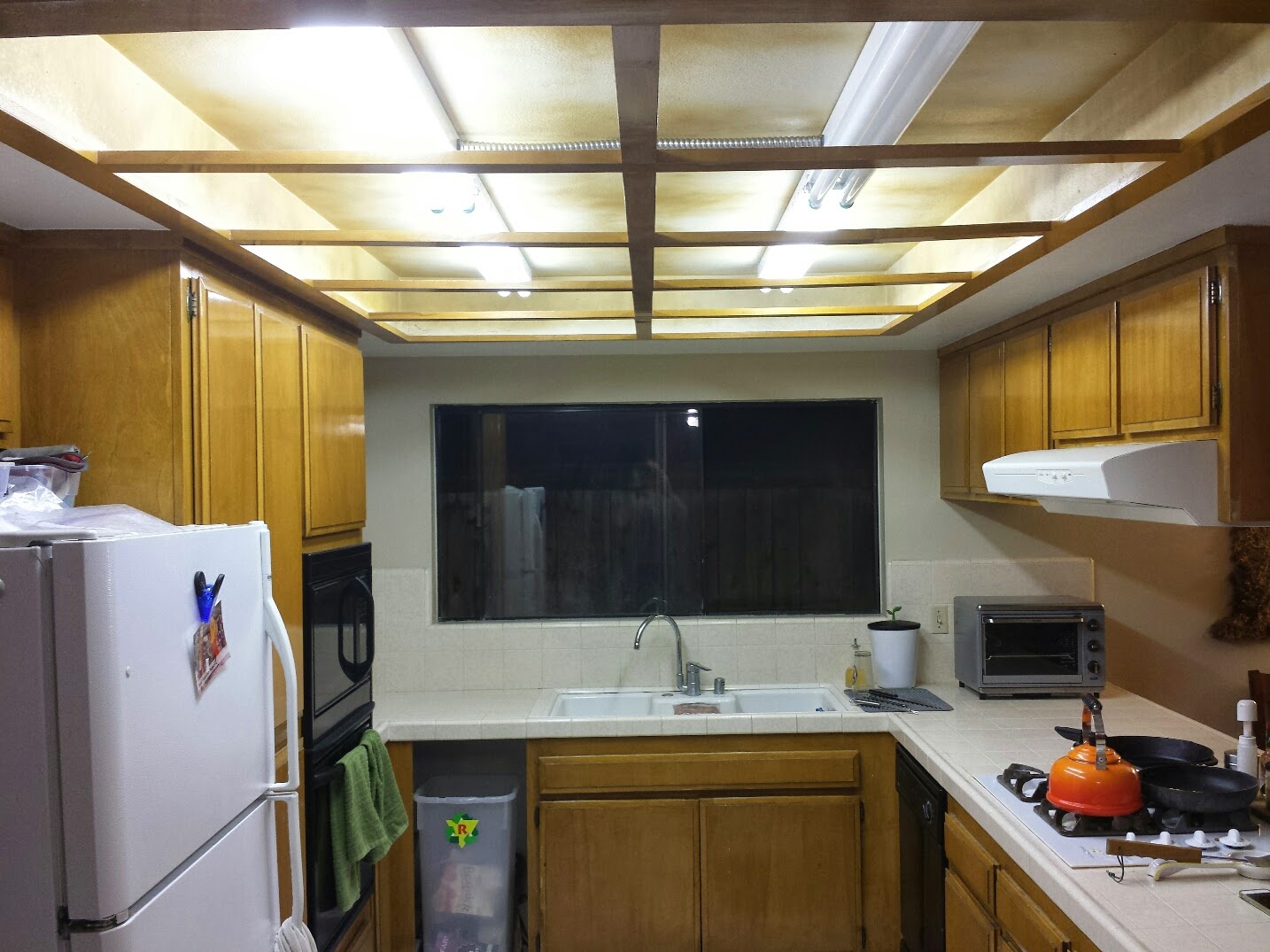 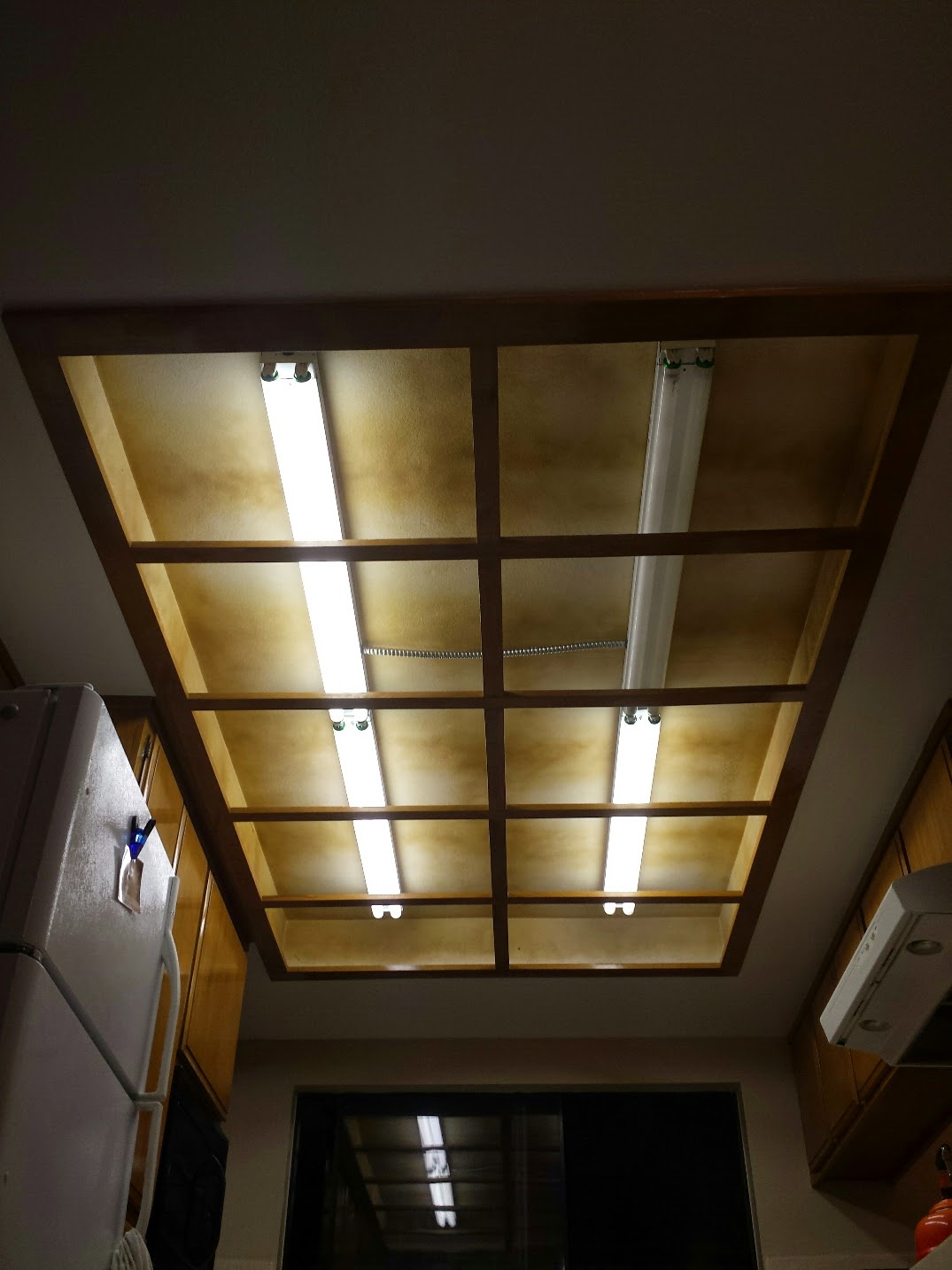 The next step was to removed all the wooden cross-pieces. 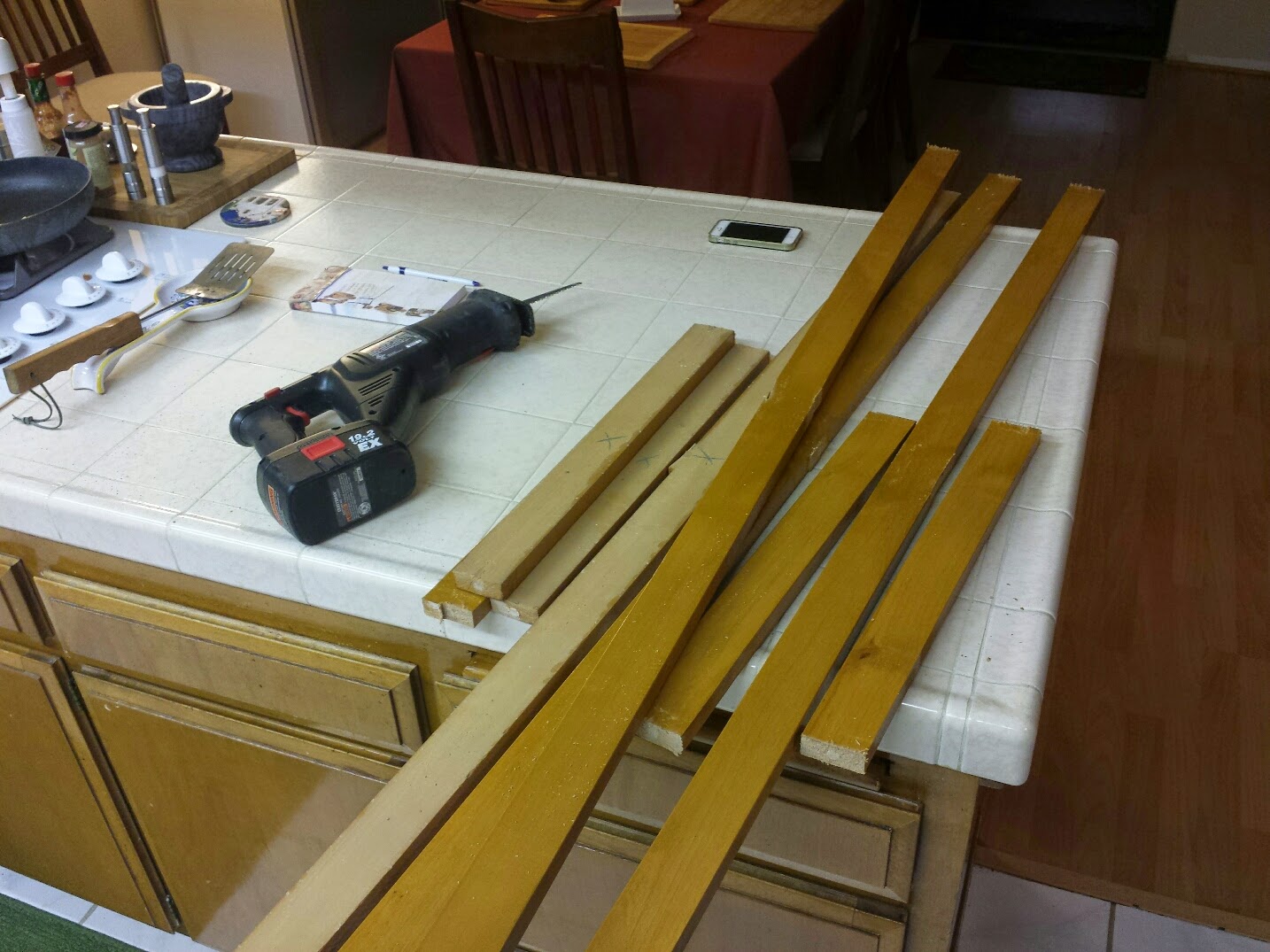 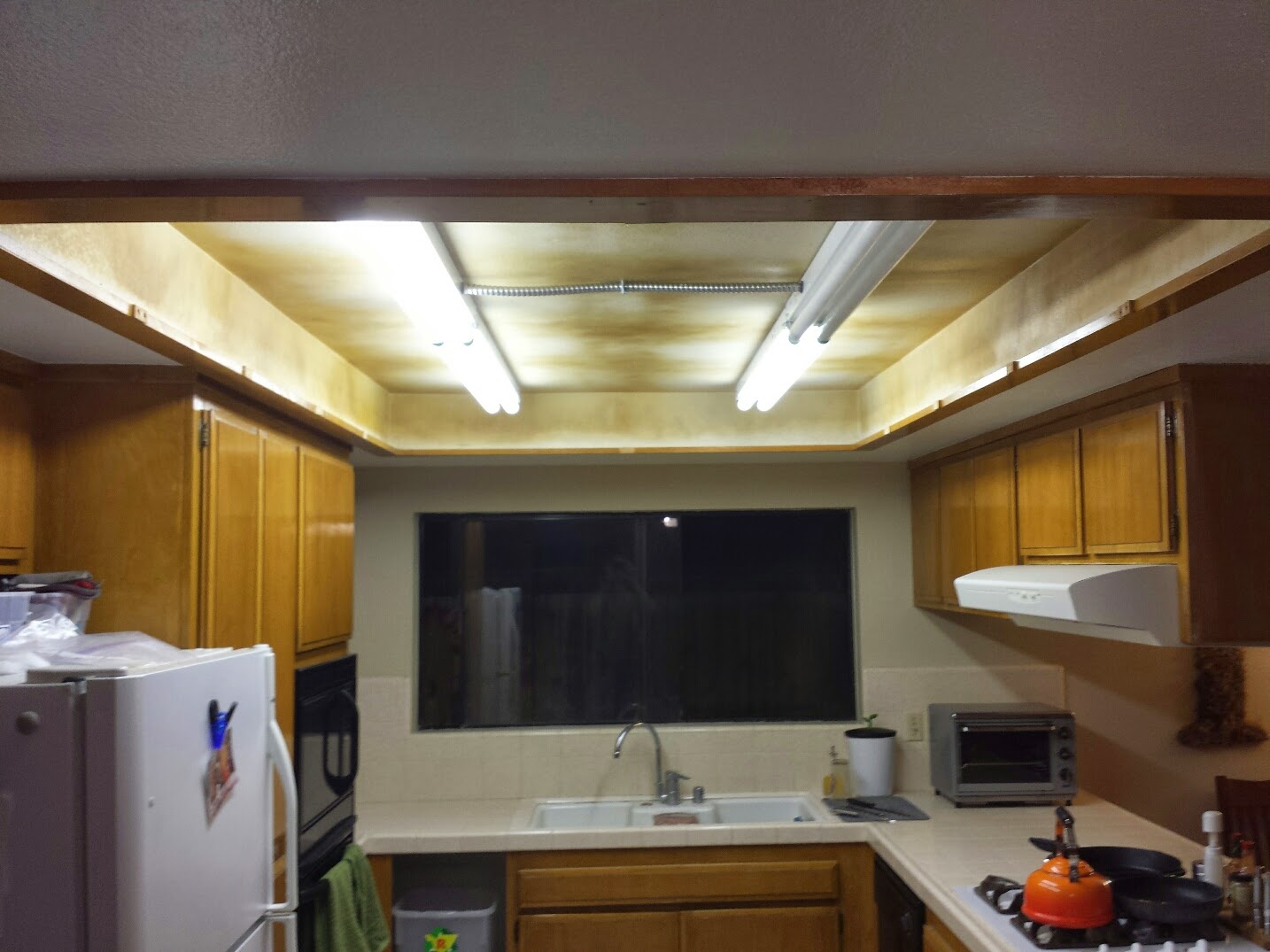 And then the lights themselves. 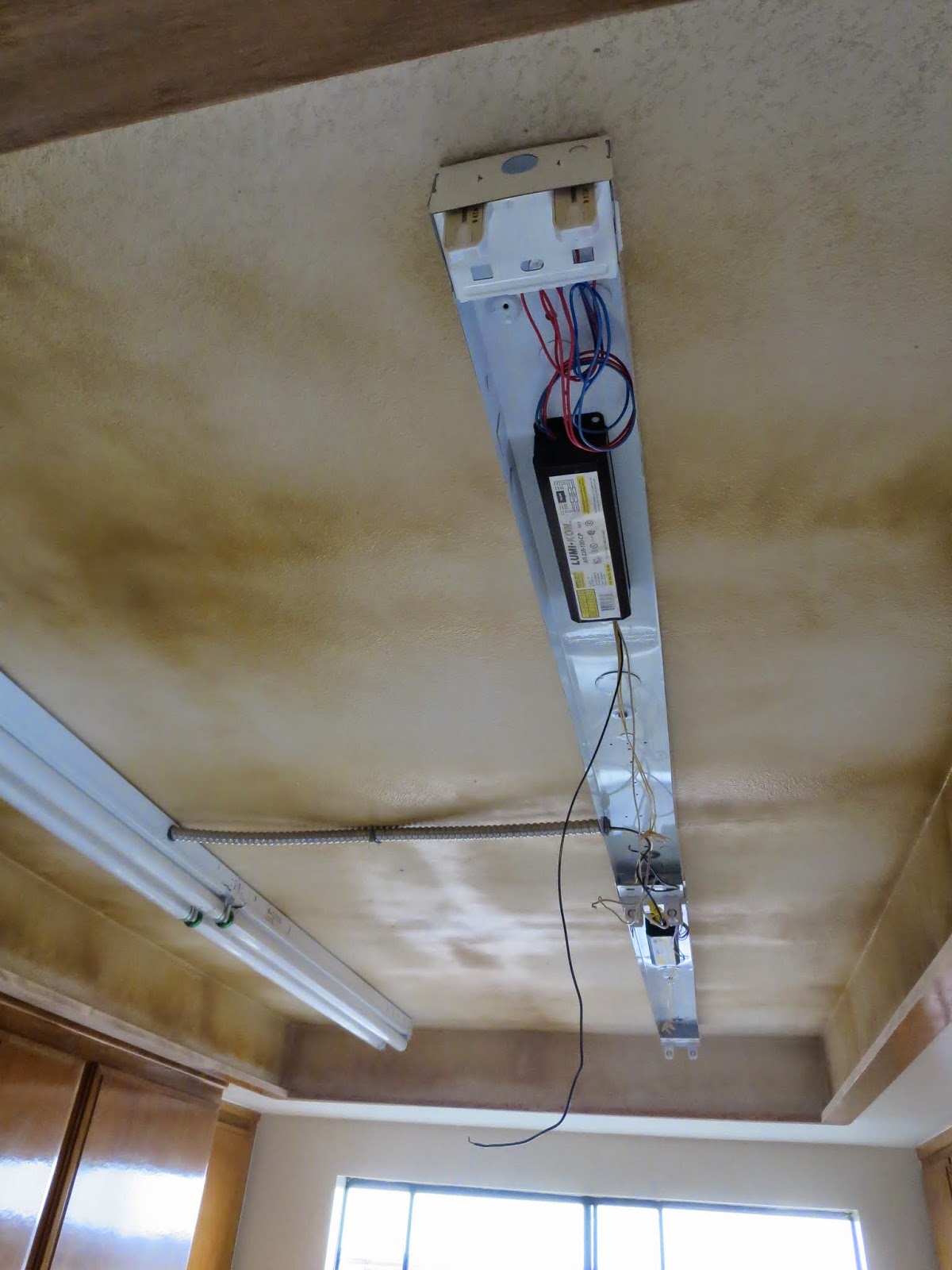 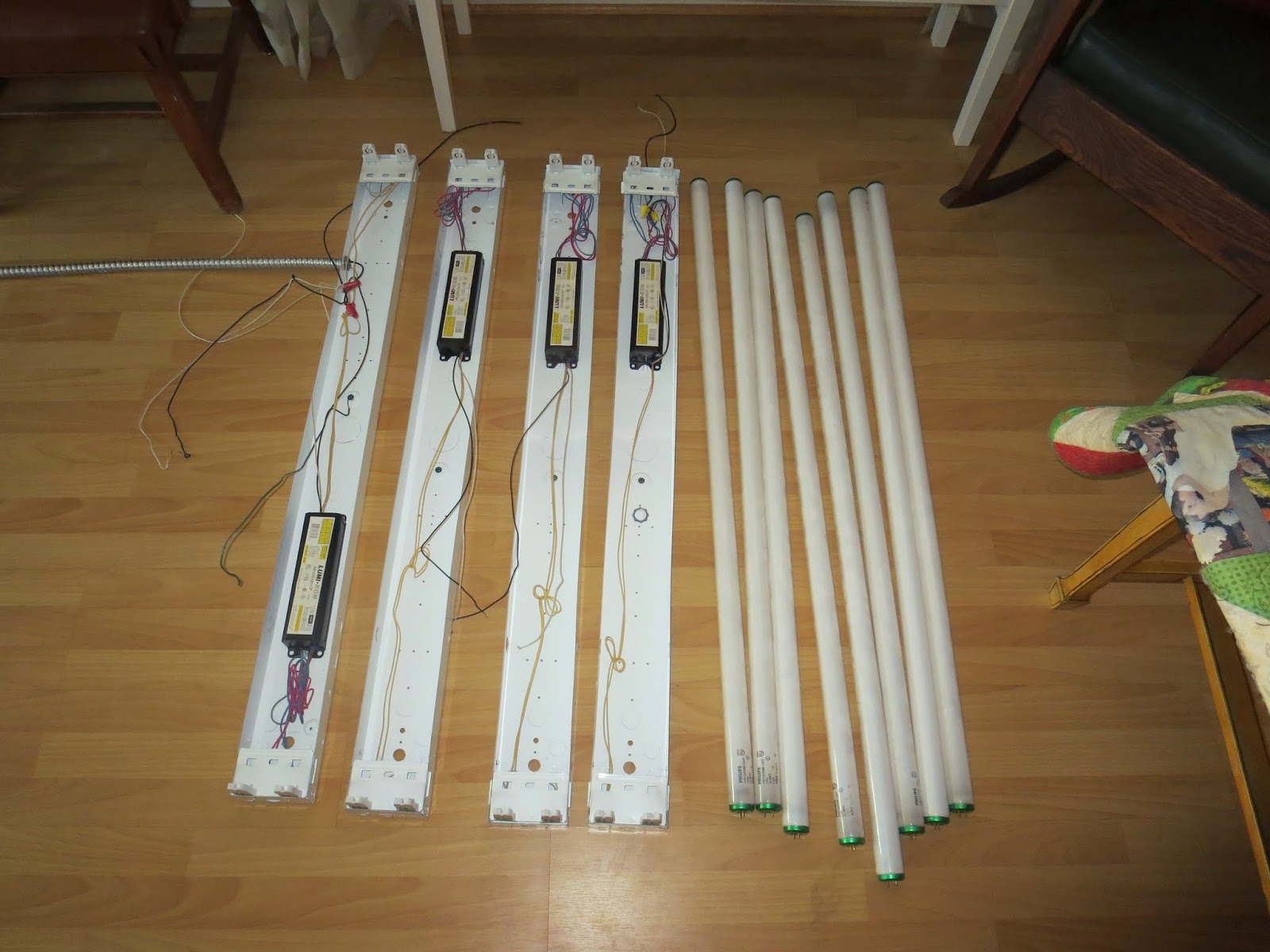 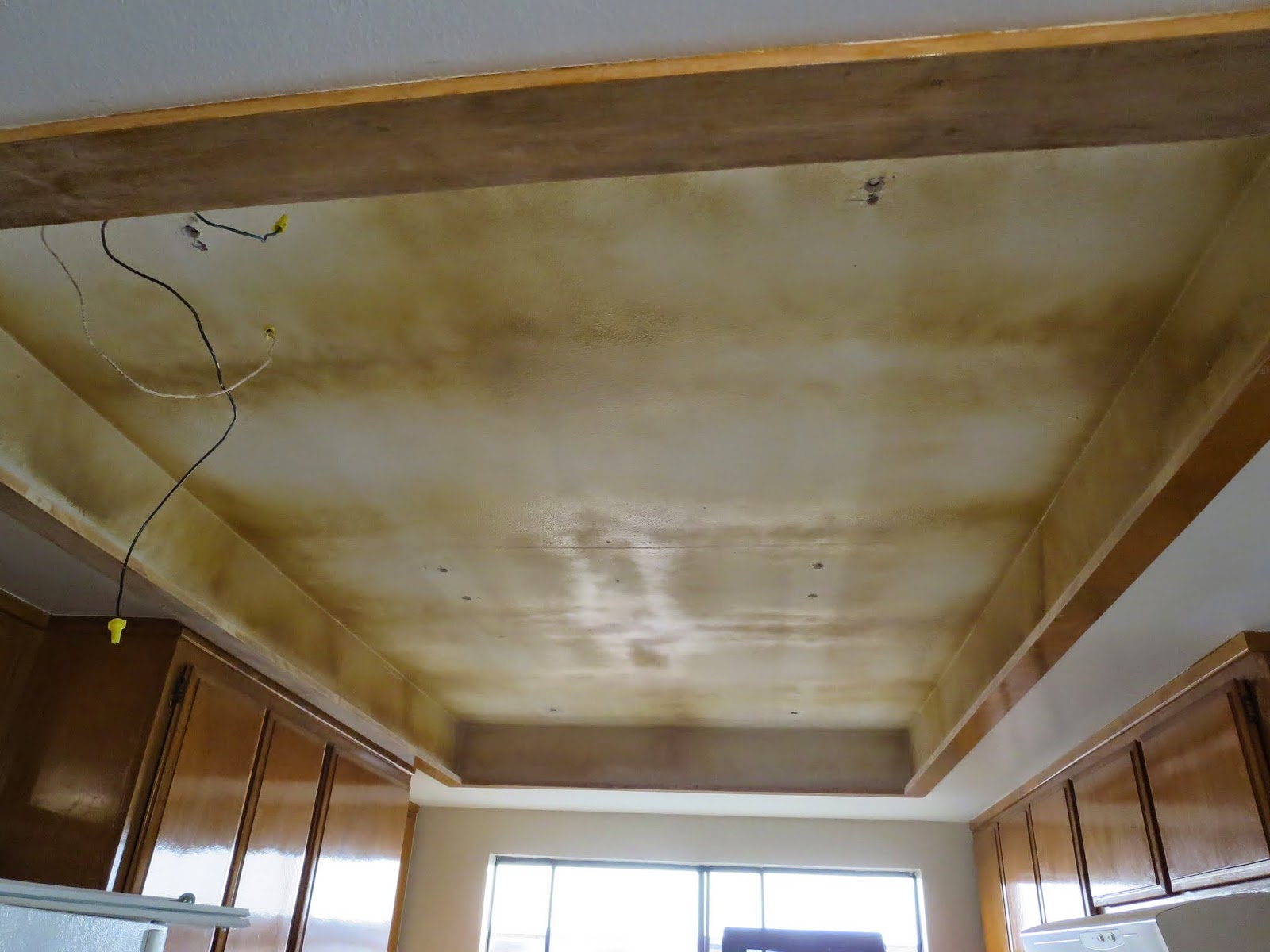 With the lights gone, we sanded the wood border, filled the holes and gave it a coat of primer. 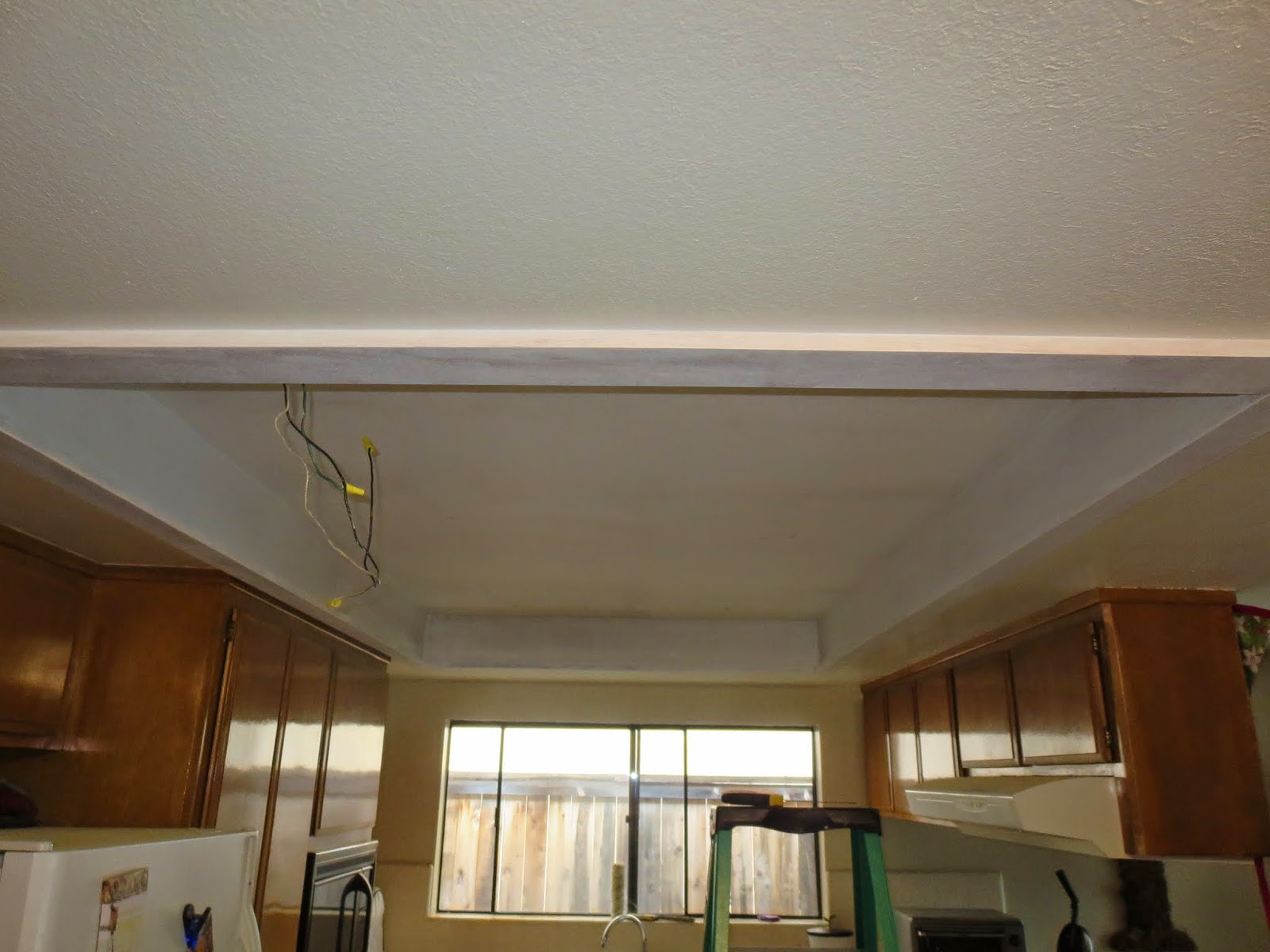 After that, it was finally time to start installing the new lights.  We went with six inch recessed lights paired with LED bulbs.  We got lights with traditional light sockets so it would be easier to replace the bulbs down the road.  We don't want to struggle to find a special LED unit if one craps out.

After all the holes were cut, it was time to venture into the attic.  My basic knowledge of AC circuitry proved sufficient to wire the lights. 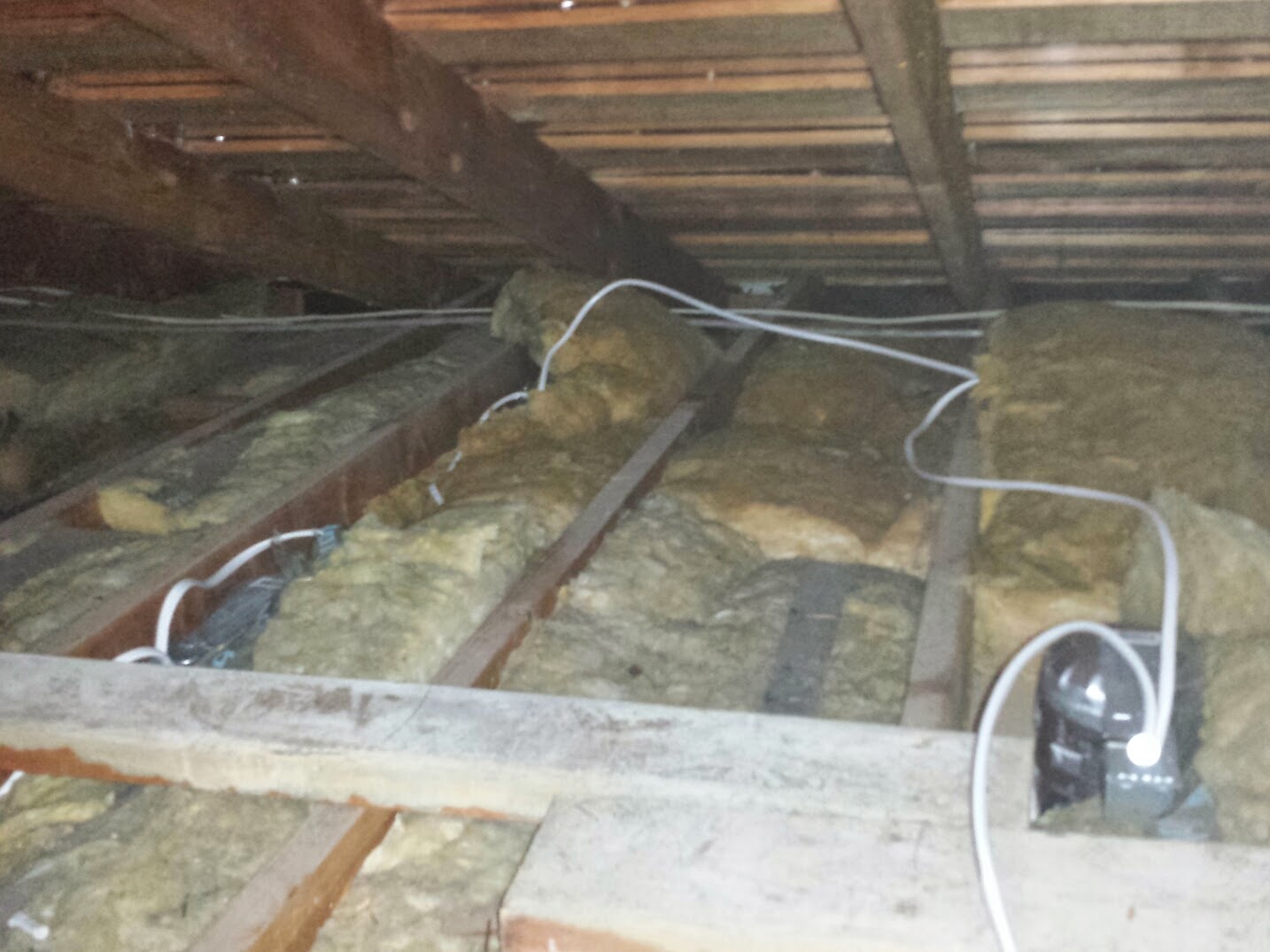 It got pretty tight near the edges of the house.  Notice the nails sticking through the roof, trying to kill me.  I love lying face down in filthy fiberglass with daggers hovering inches above my scalp. 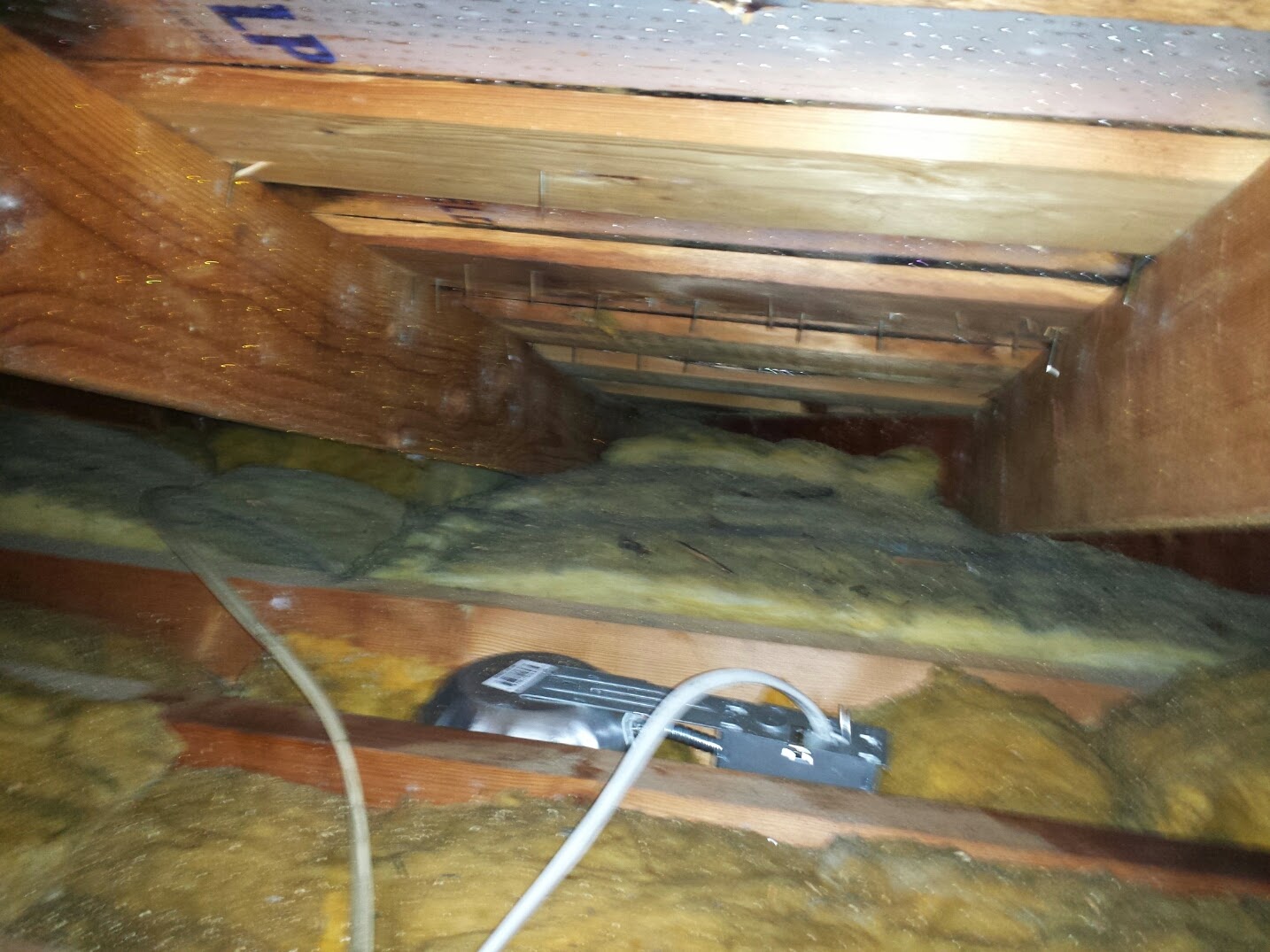 Check out this precision install.  Got a six inch light in an eight inch gap, and the hole was cut from below. 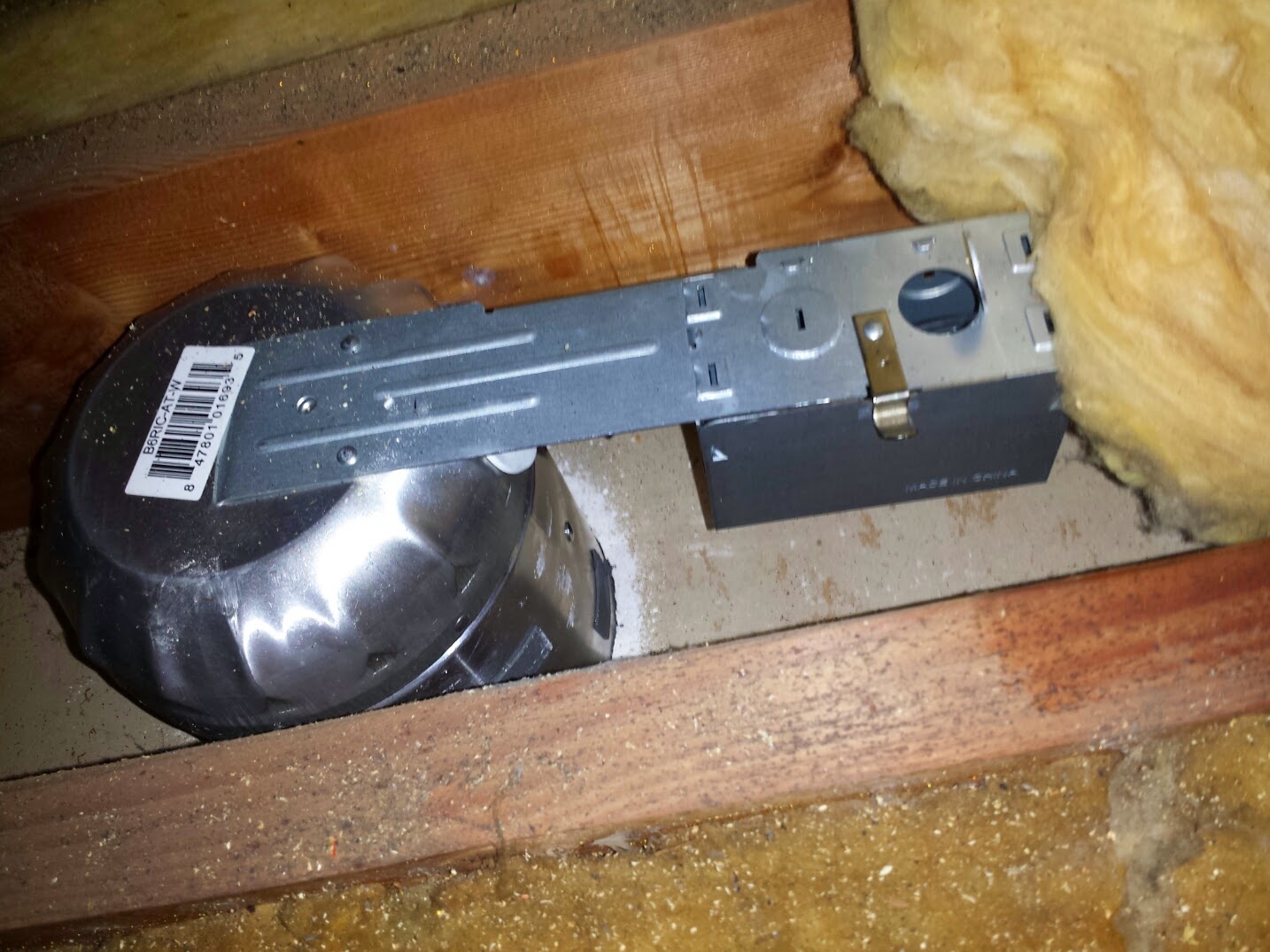 While I was wiring up the lights, Chrissy made a zero electricity dinner with the help of our crank charged flashlight. 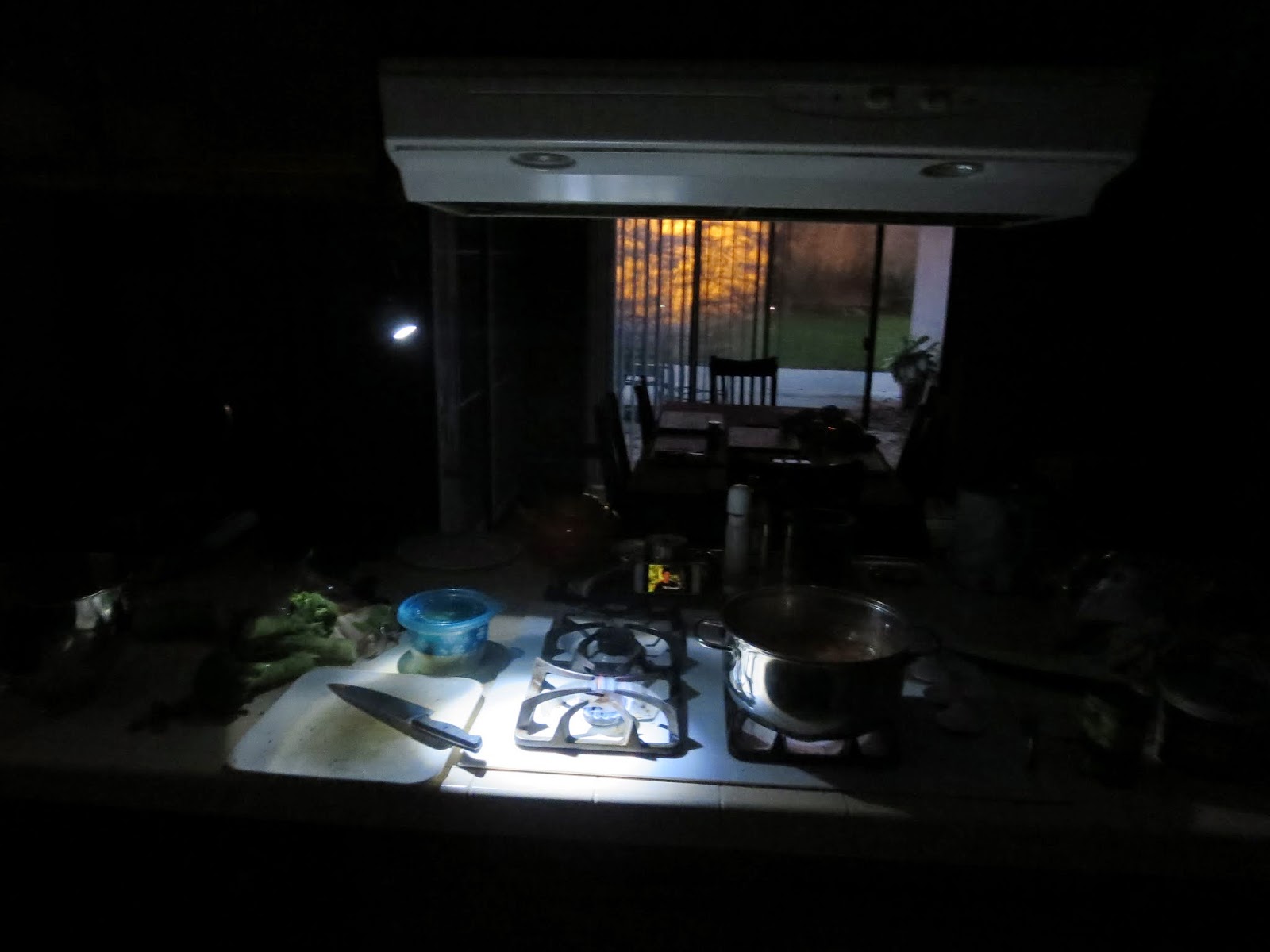 Here's the installed cans, with no bulbs. 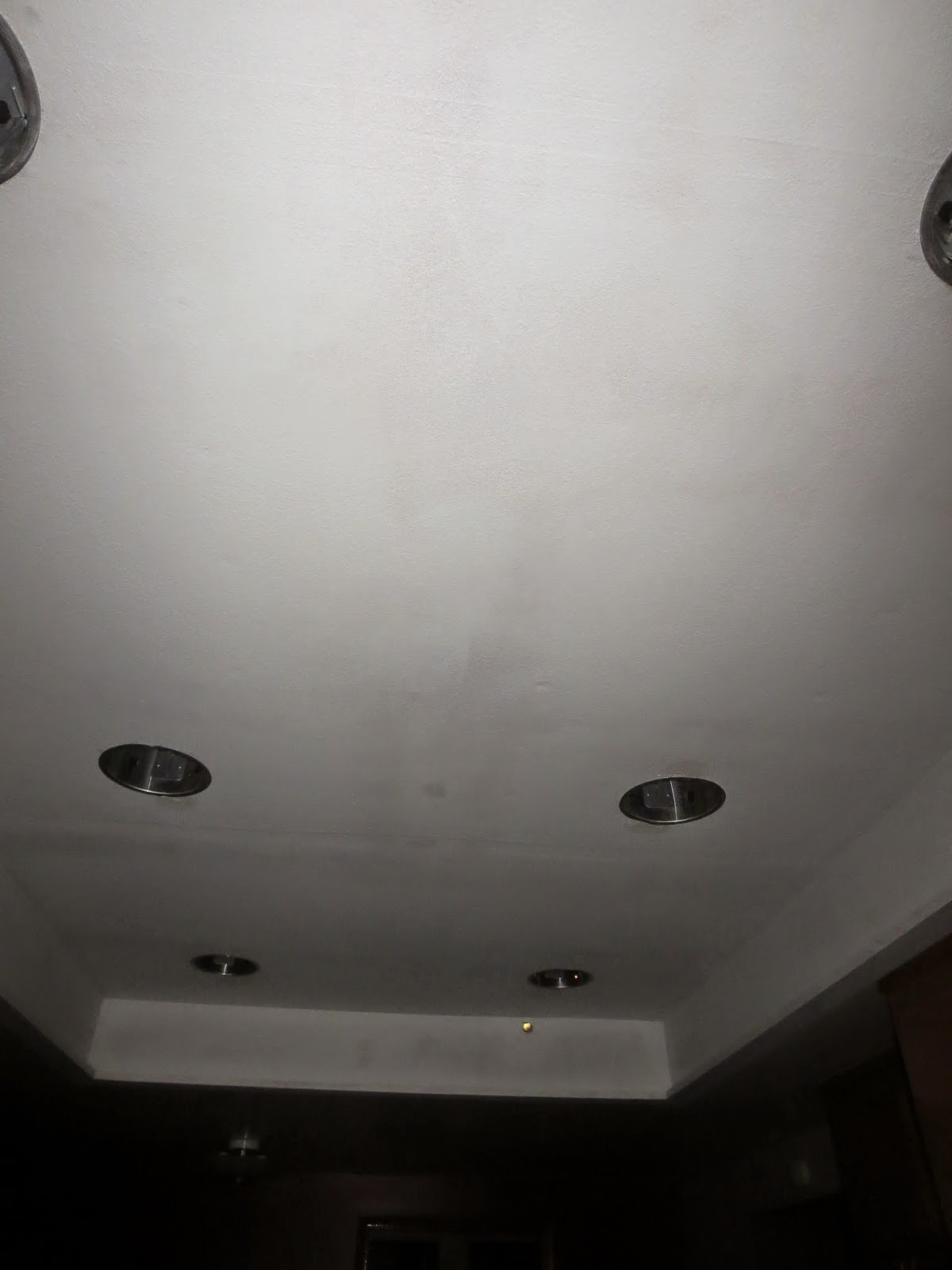 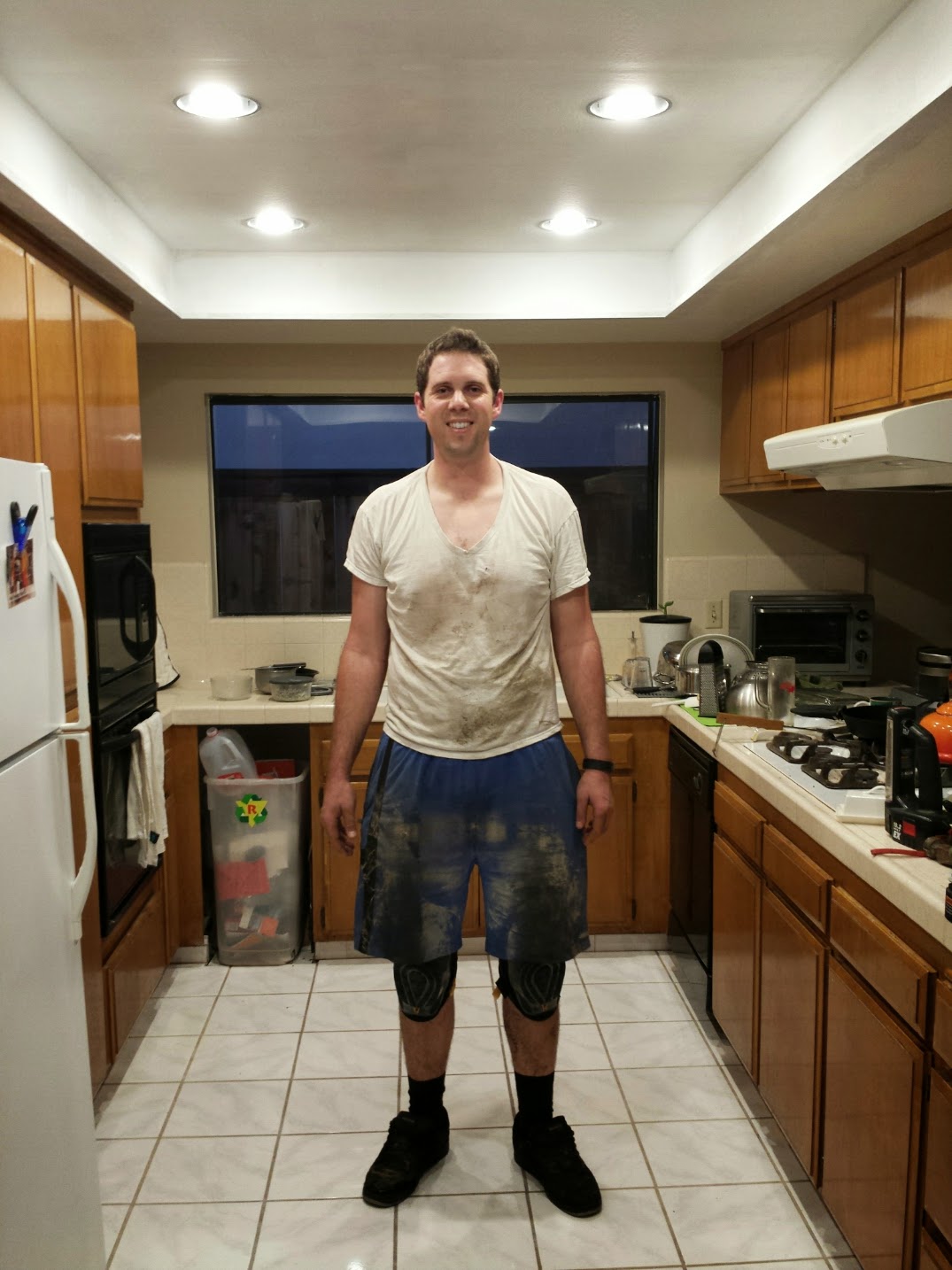 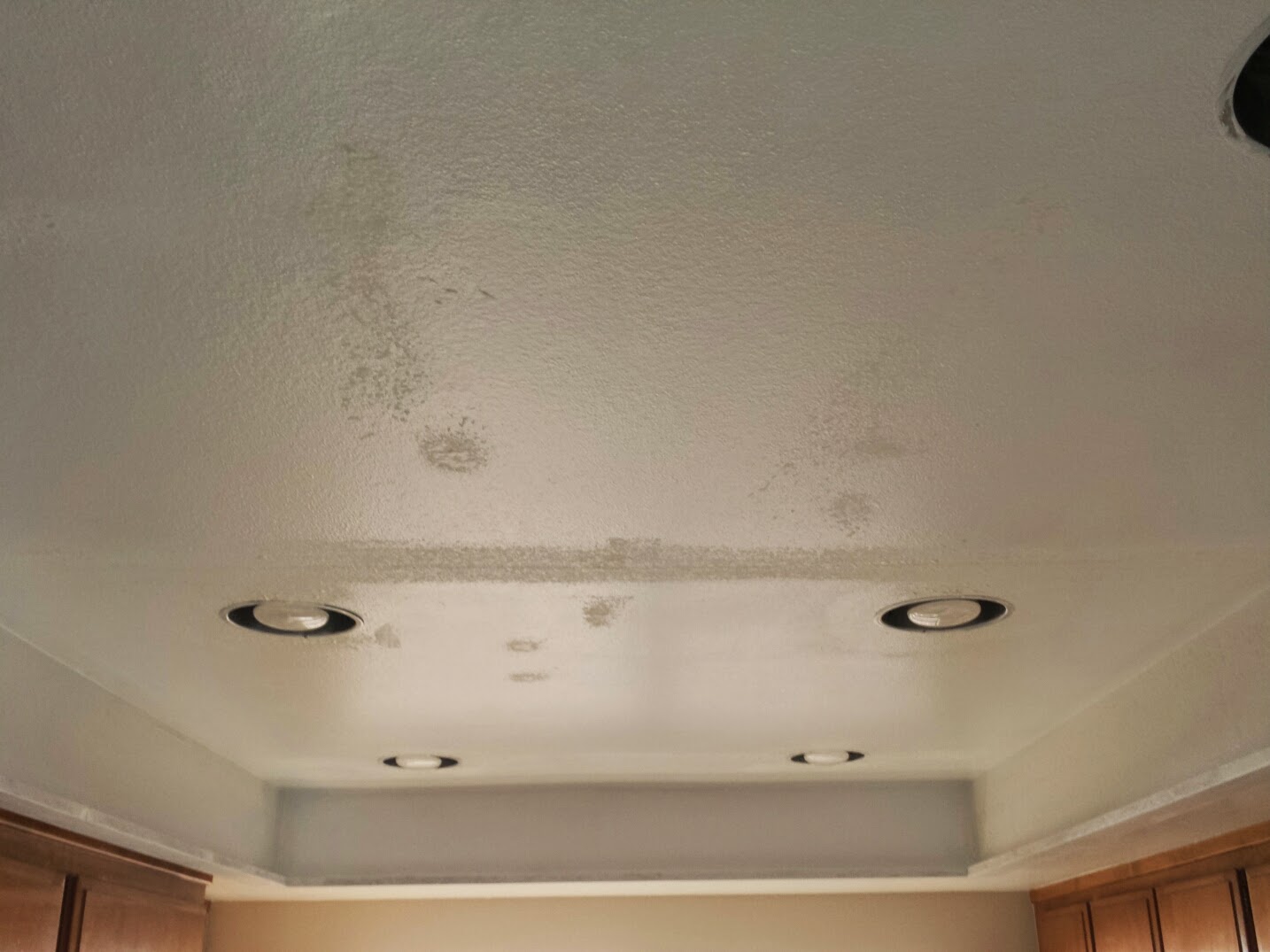 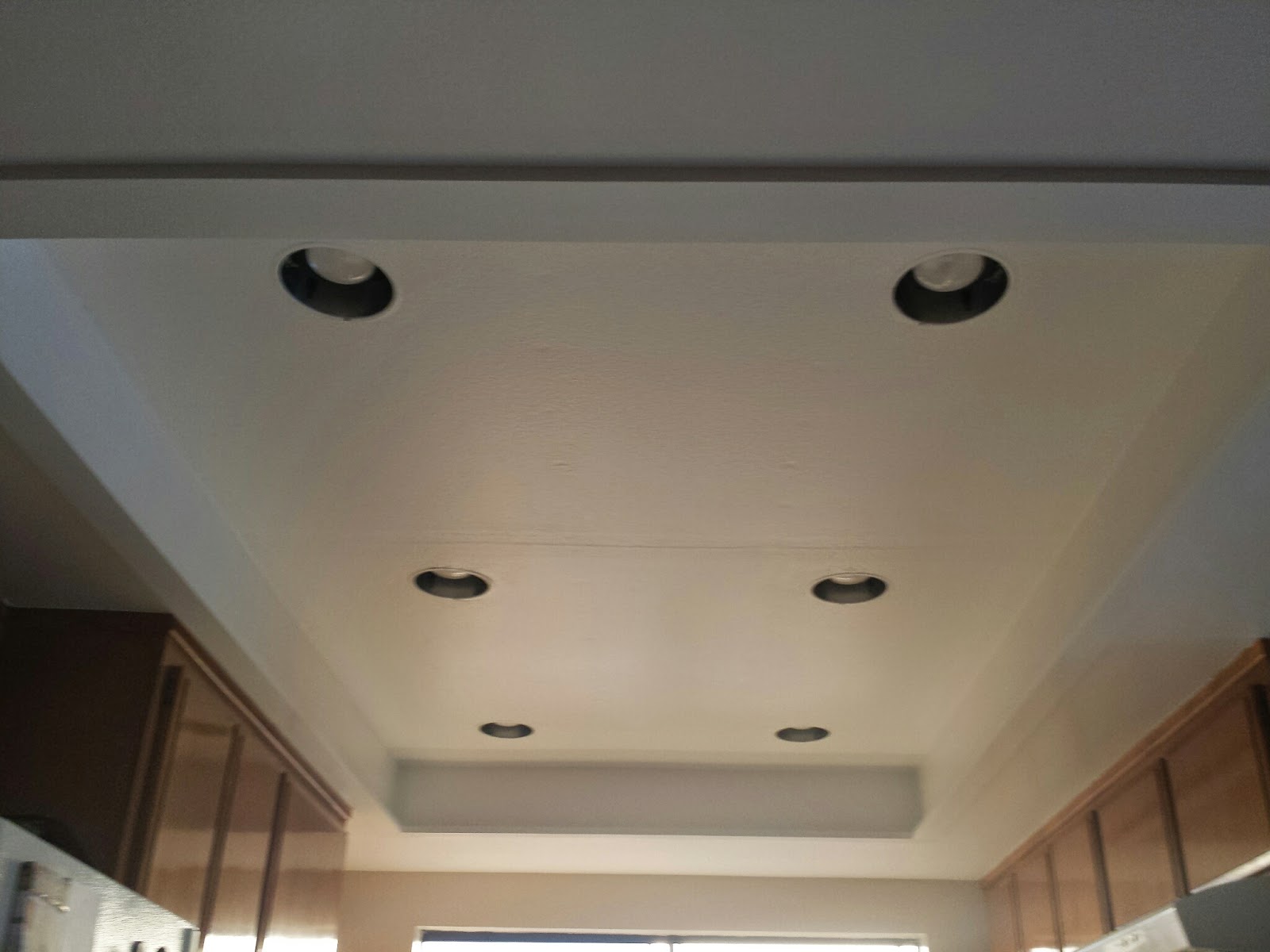 But the paint eventually dried and we could install the finishing trim pieces. 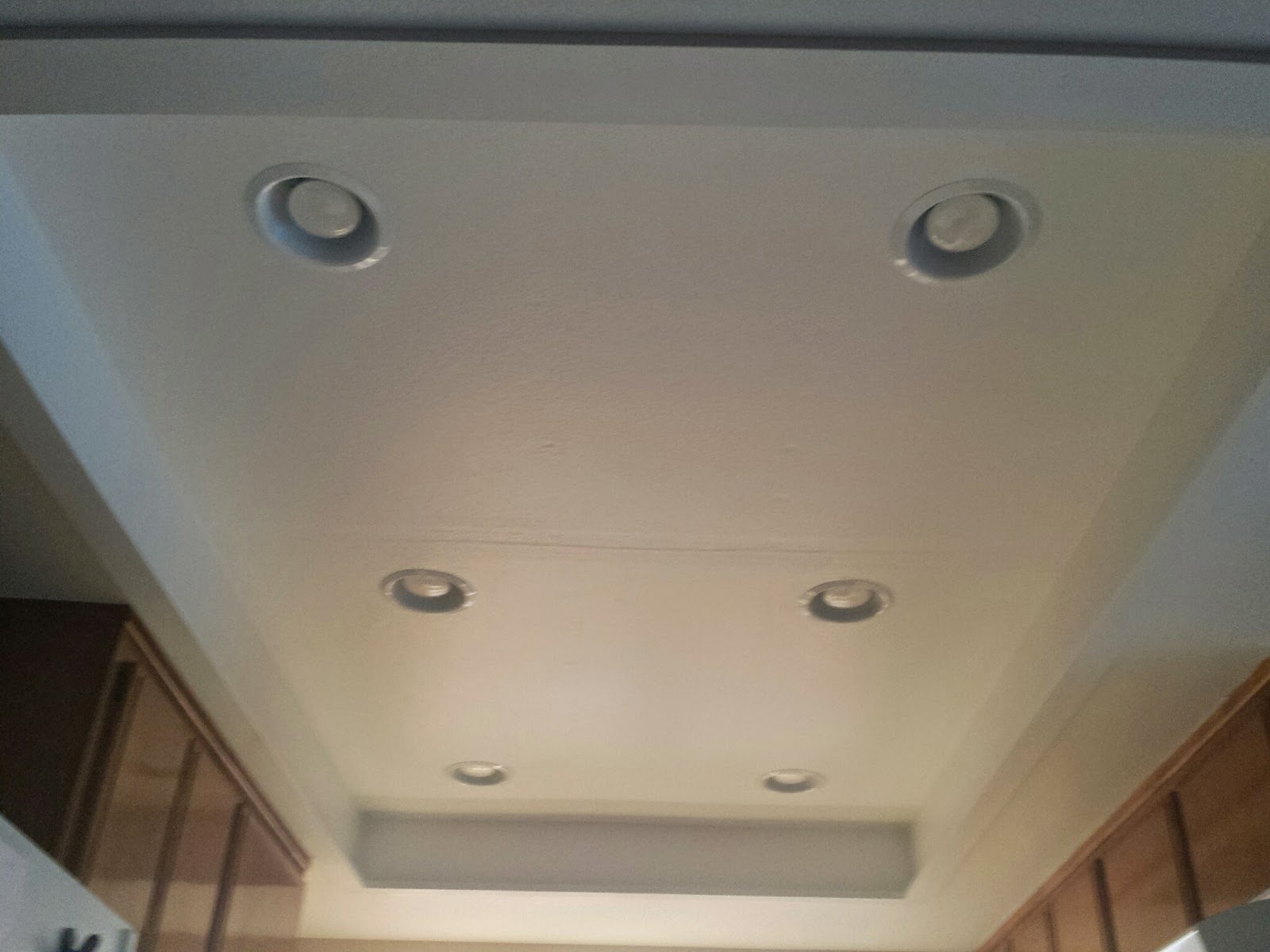 The end result is amazing.  It really opened up the room, especially for us tall people.  It's so nice having enough light in the kitchen.  It's also nice they don't buzz.
This project cost about $400 in supplies and quite a few hours of time.  I also estimate the time in the attic took about two years off my life.
Here's a before shot again, to remind you what it looked like when we started.