The carburetors on the bike were in serious need of some attention.  As you can see, they were rather badly weathered and gummed up.
I started by soaking the carbs in a bucket of Simple Green and water, which did wonders.  I then followed the instructions in my handy manual and rebuilt the first one several months ago.  It wasn't as bad as I expected it to be, but there were definitely a lot of small pieces to keep track of.  Since it was my first carb, I didn't want to get distracted by taking pictures, so I planned to get these blog photos when I did the second one.

Unfortunately, the idea of going through the second carb wasn't very appealing, so it sat untouched until today.
Unlike when I did the first carb, I set up a nice work area. I then applied penetrating oil to all the bits that were to be unscrewed.  This is a very important step. 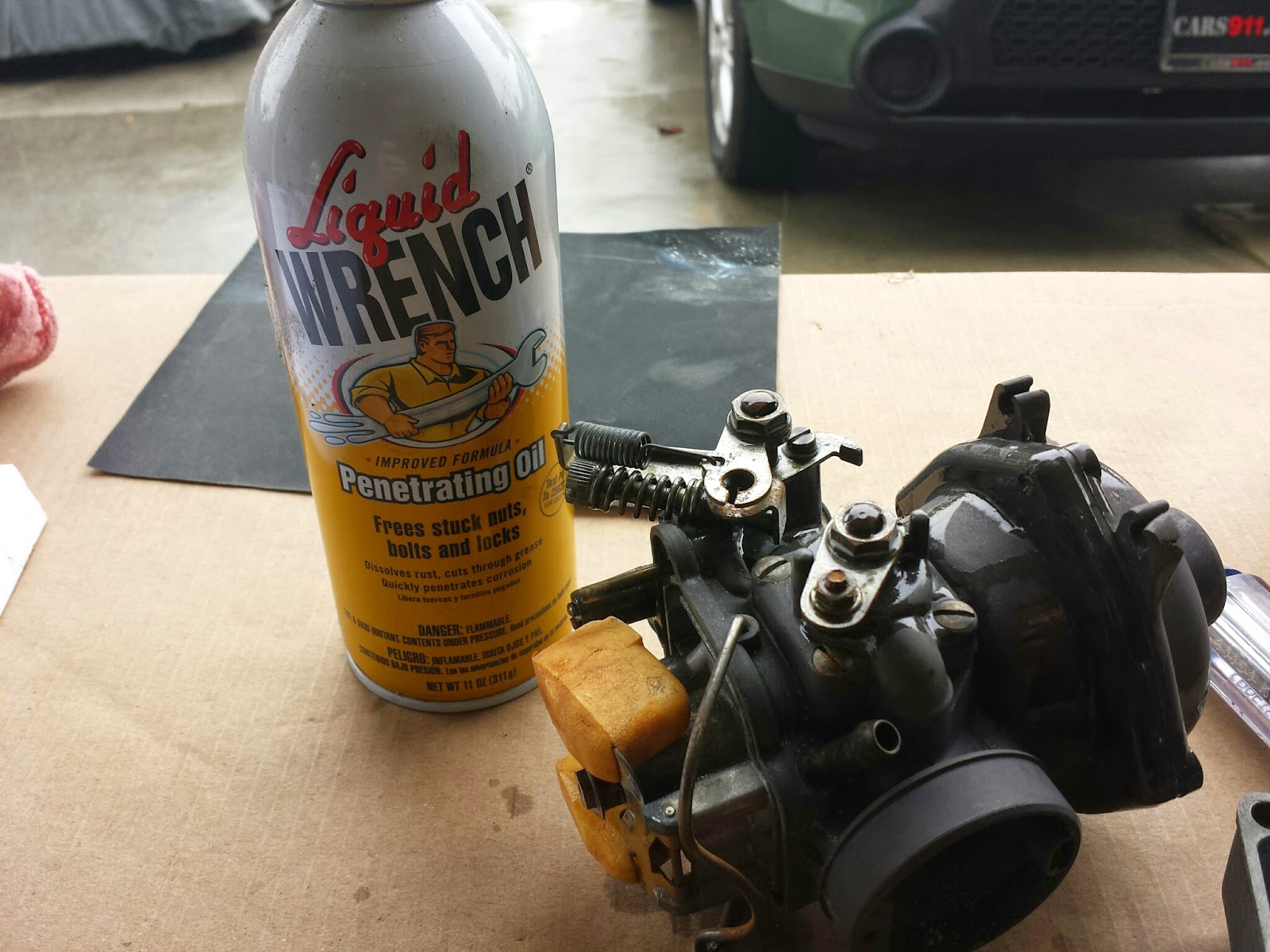 This is the view when the float bowl is removed. 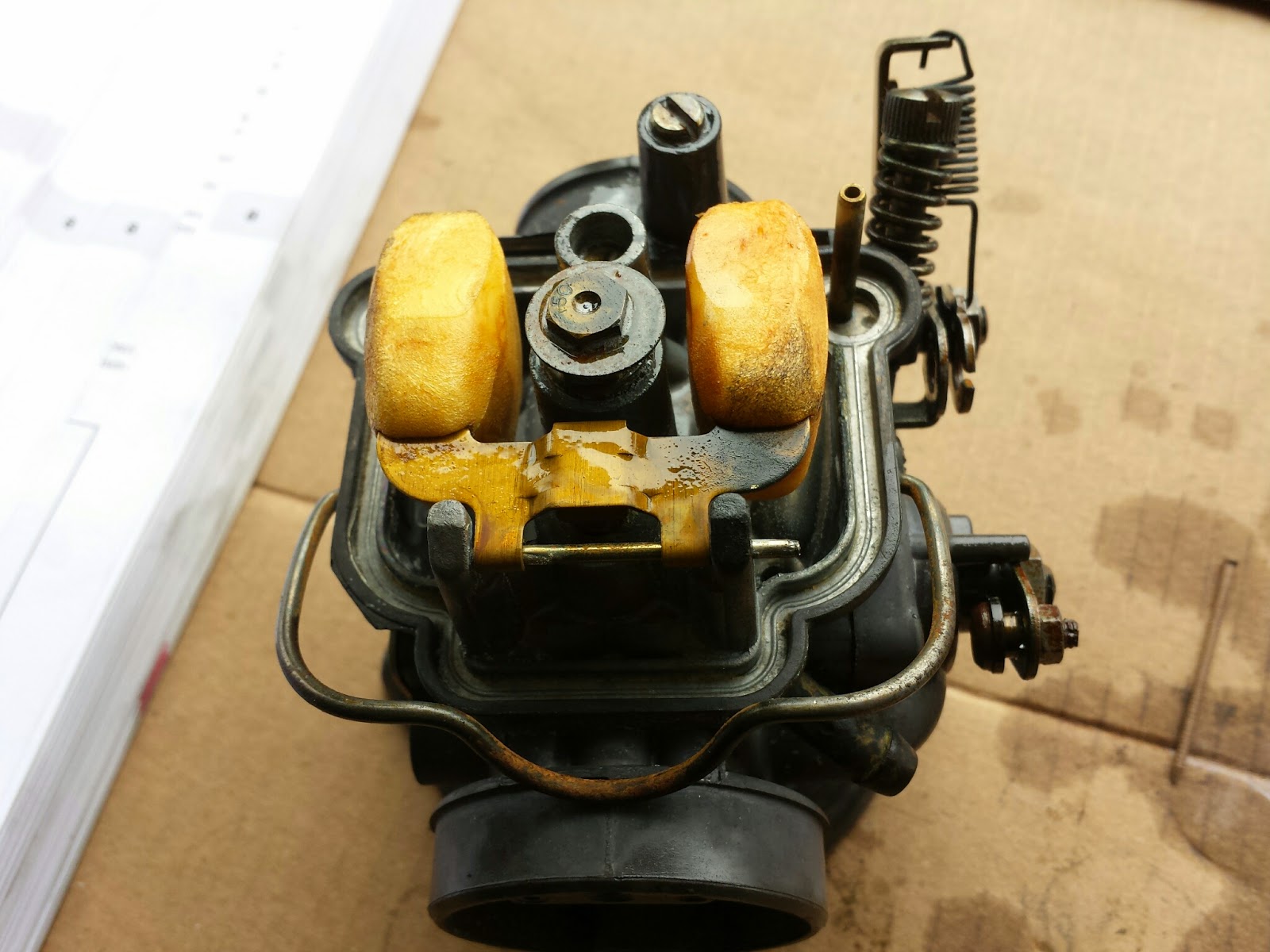 And without the float.  You can see (from bottom to top) the needle valve, main jet, idle jet and mixture adjustment.  All of these were removed and painstakingly cleaned.  The mixture adjustment has to be returned to the same position it was in. 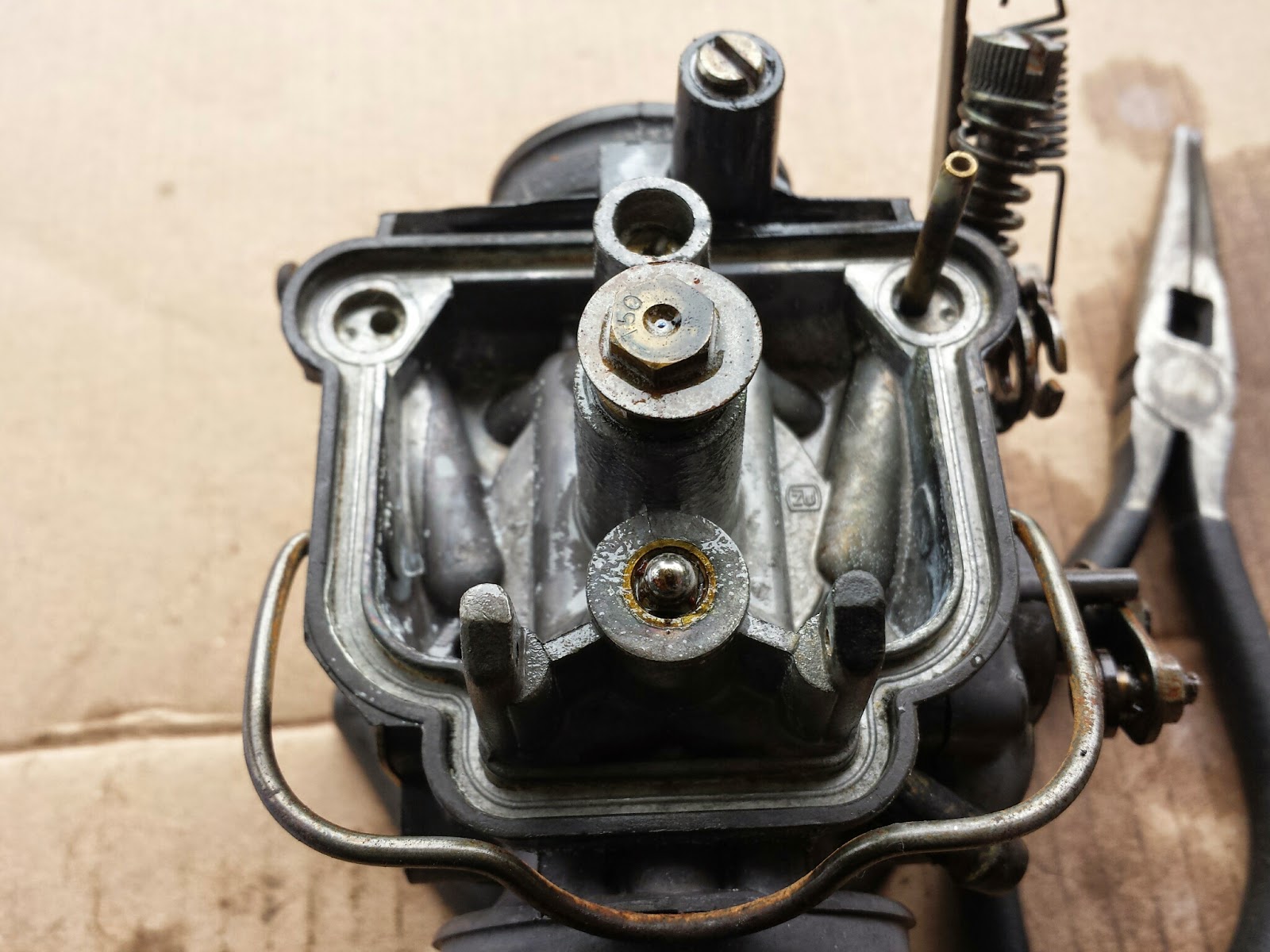 Here's the cap and diaphragm removed.  The needle must be cleaned and returned to the correct position.  I have new diaphragms, but the old ones were intact, so I held off on replacing them. 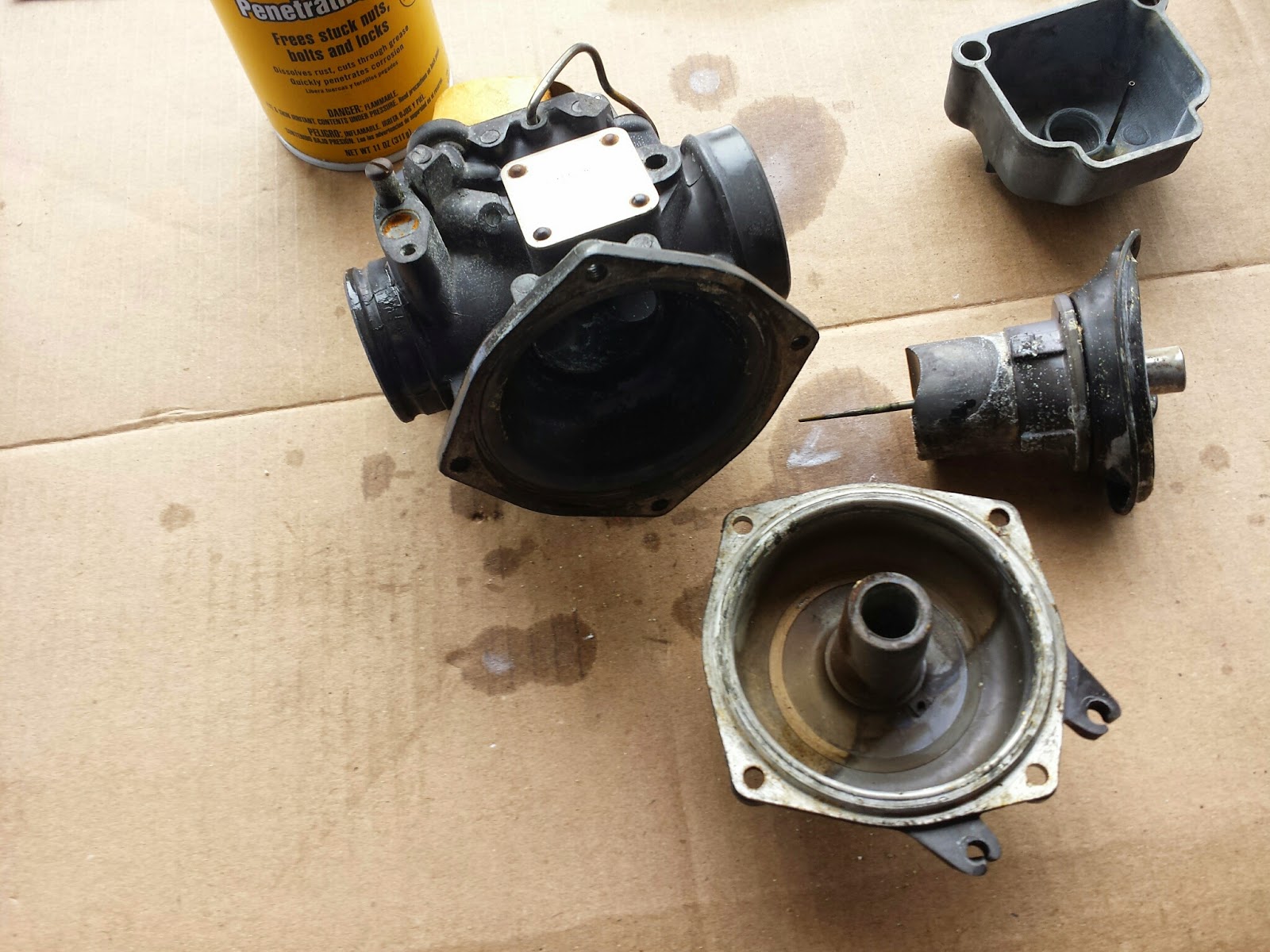 This is the choke (center) and throttle assembly (left).  Notice the rust. 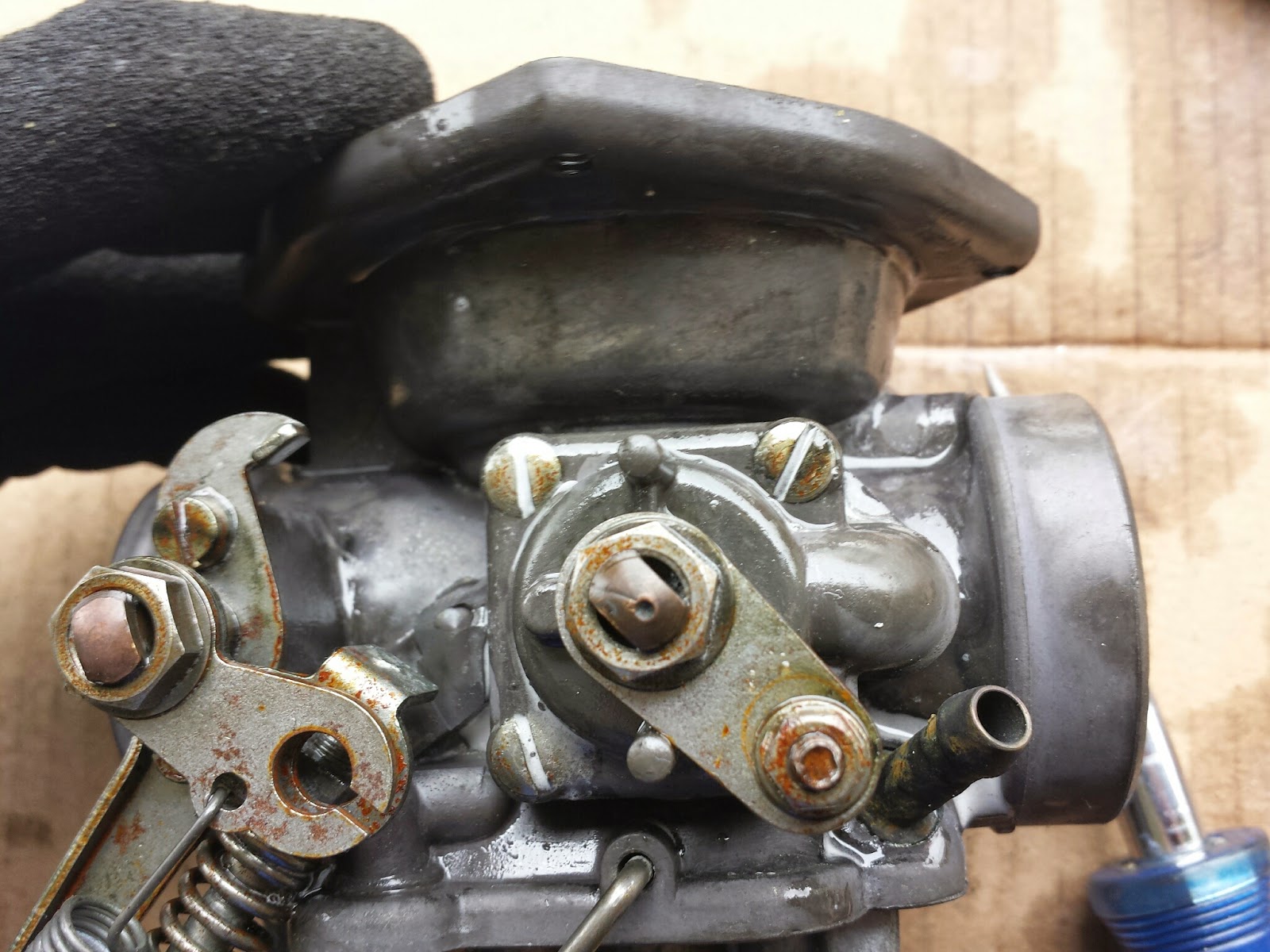 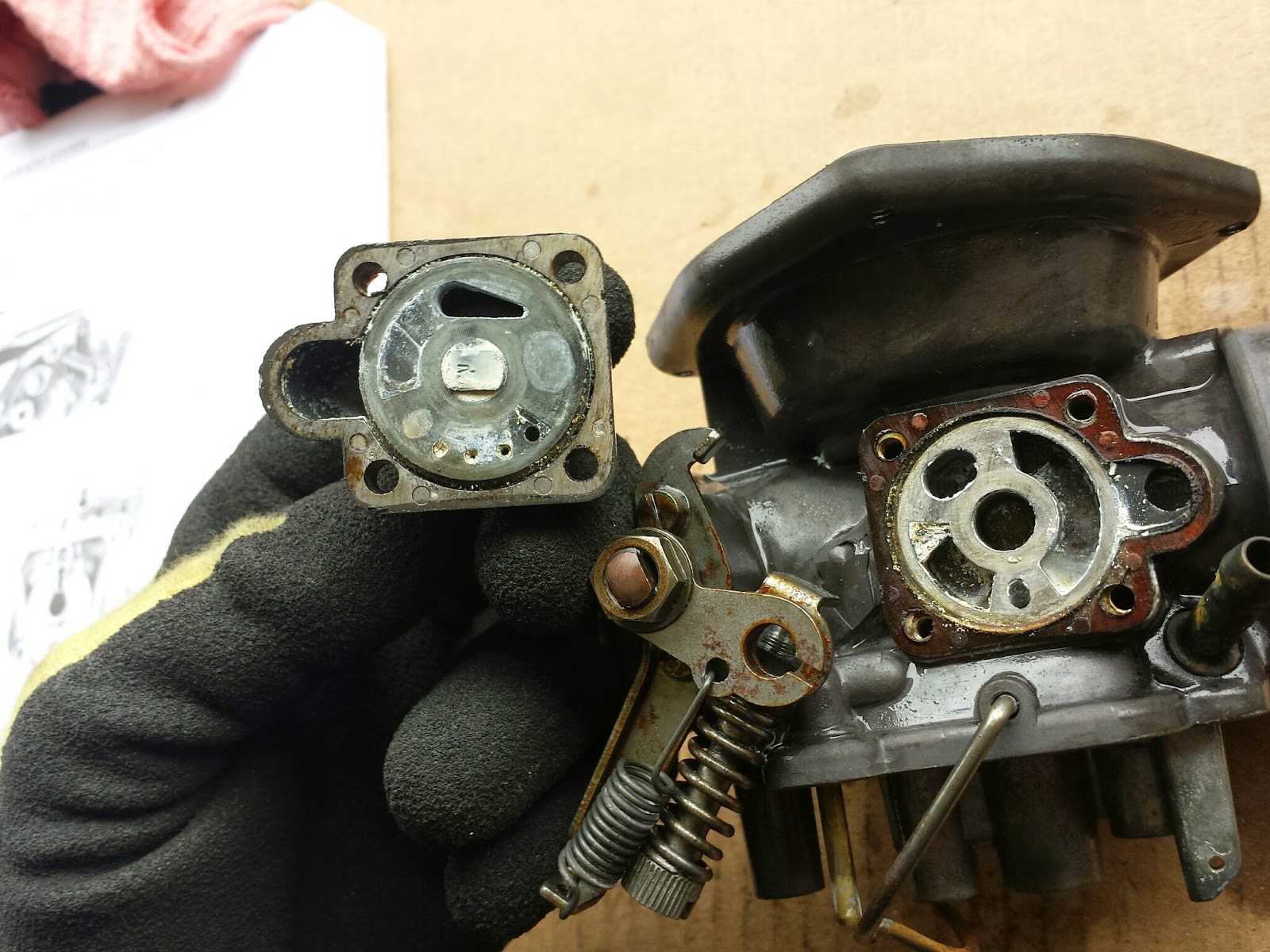 This is what it looked like fully disassembled.  I took every one of these parts and cleaned them as well as possible. 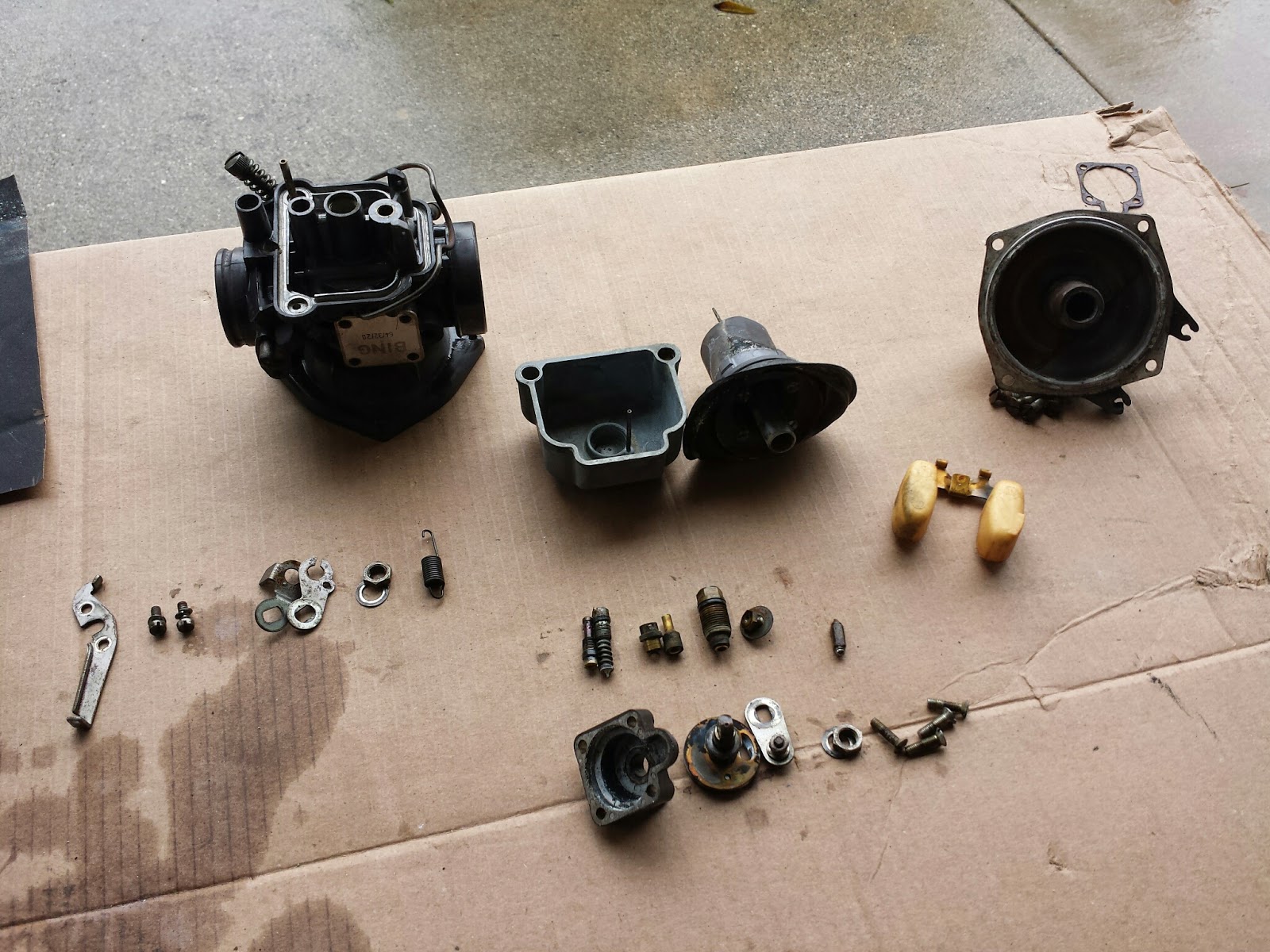 I was prepared for this project with a carburetor rebuild kit.  It includes gaskets, o-rings and new diaphragms. 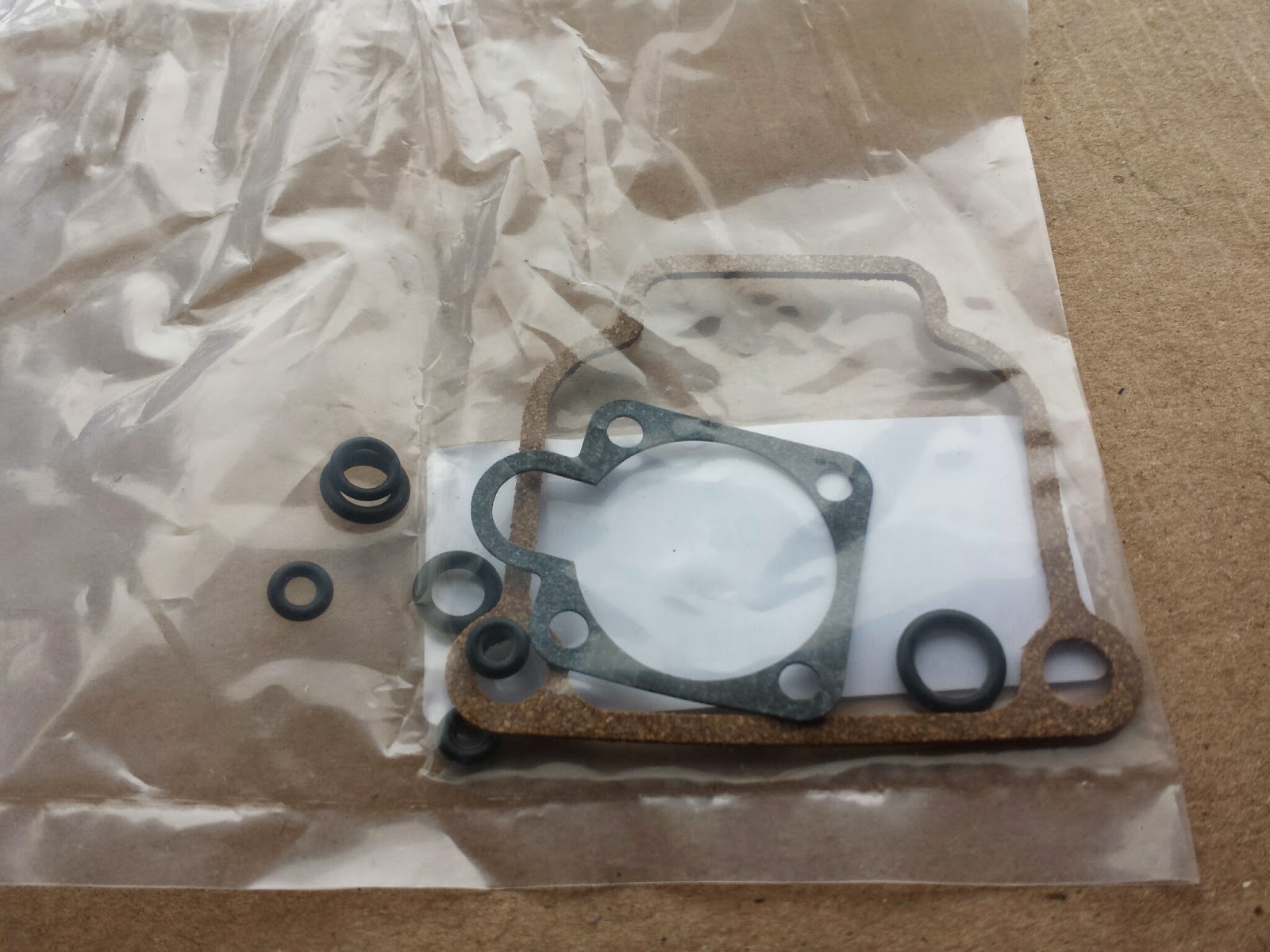 Here's the difference between the old and new o-ring. 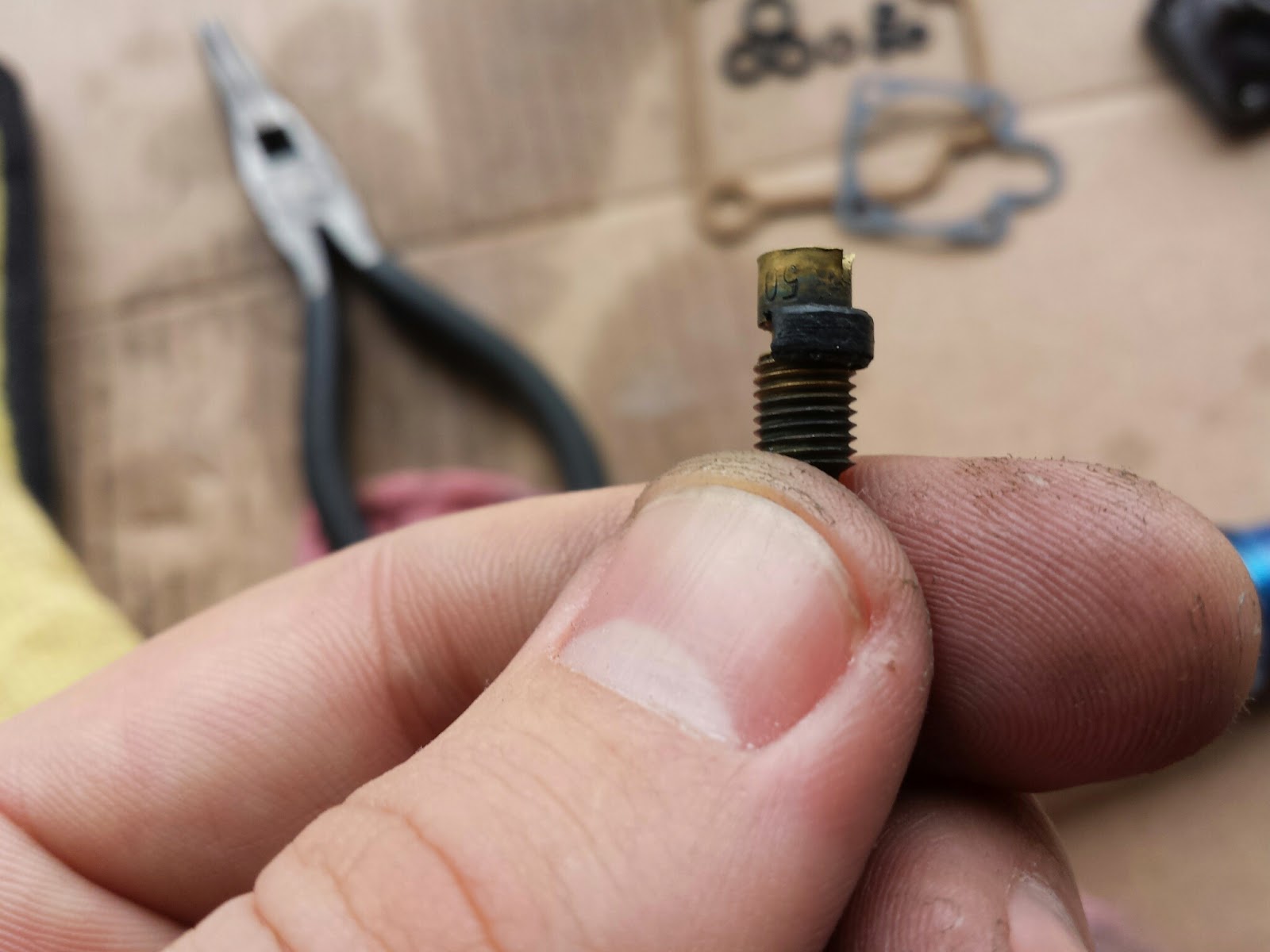 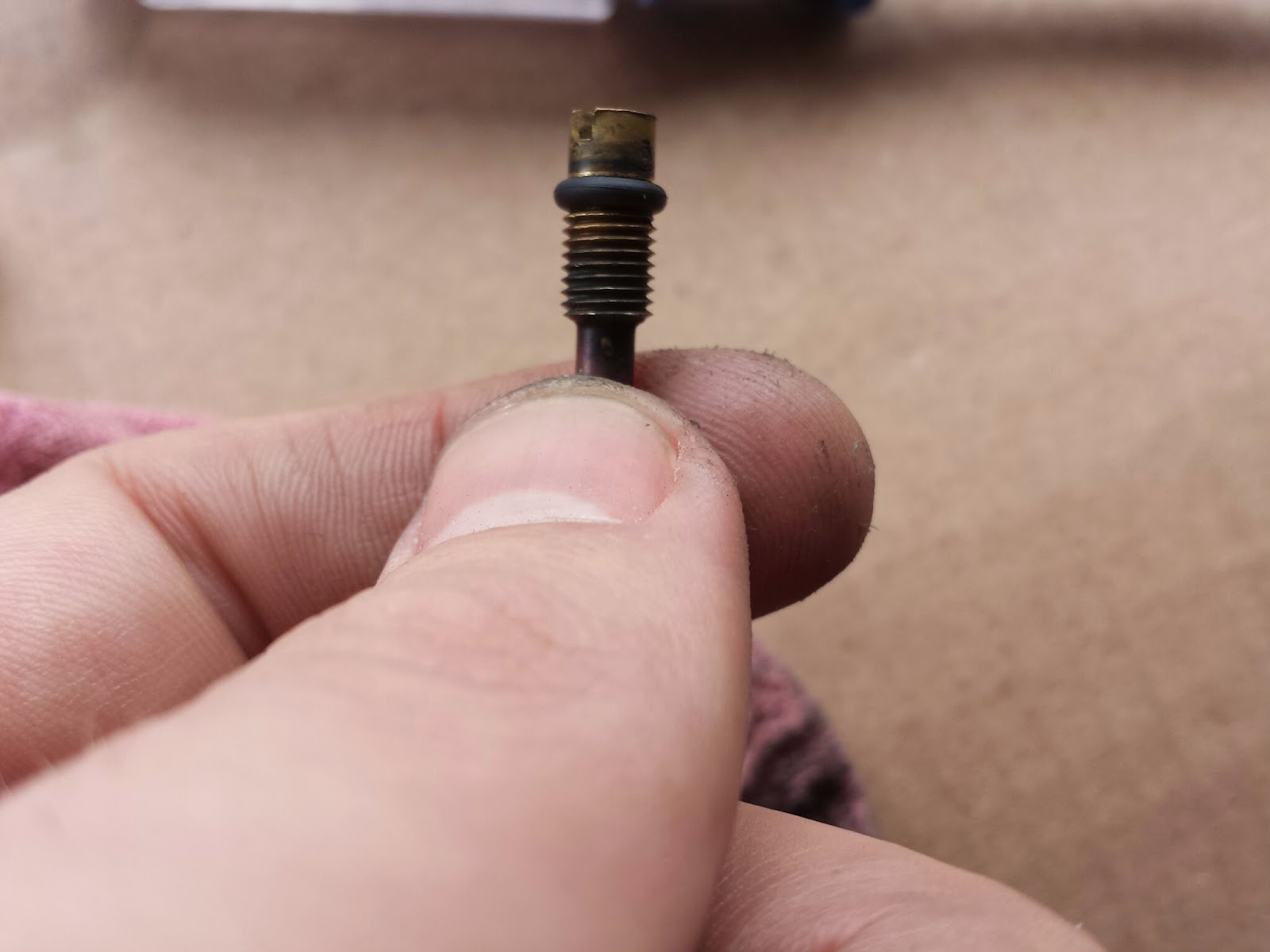 After cleaning and or sanding all the bits, I put it all back together again, and it looked like this.
You will notice the choke cable holder on this cap it a little crushed.  That happened when the carb fell off the storage shelf.  It was very unfortunate.  I'm going to try to salvage it, but I might have to buy a new cap.
Posted by Andy
Labels: motorcycle