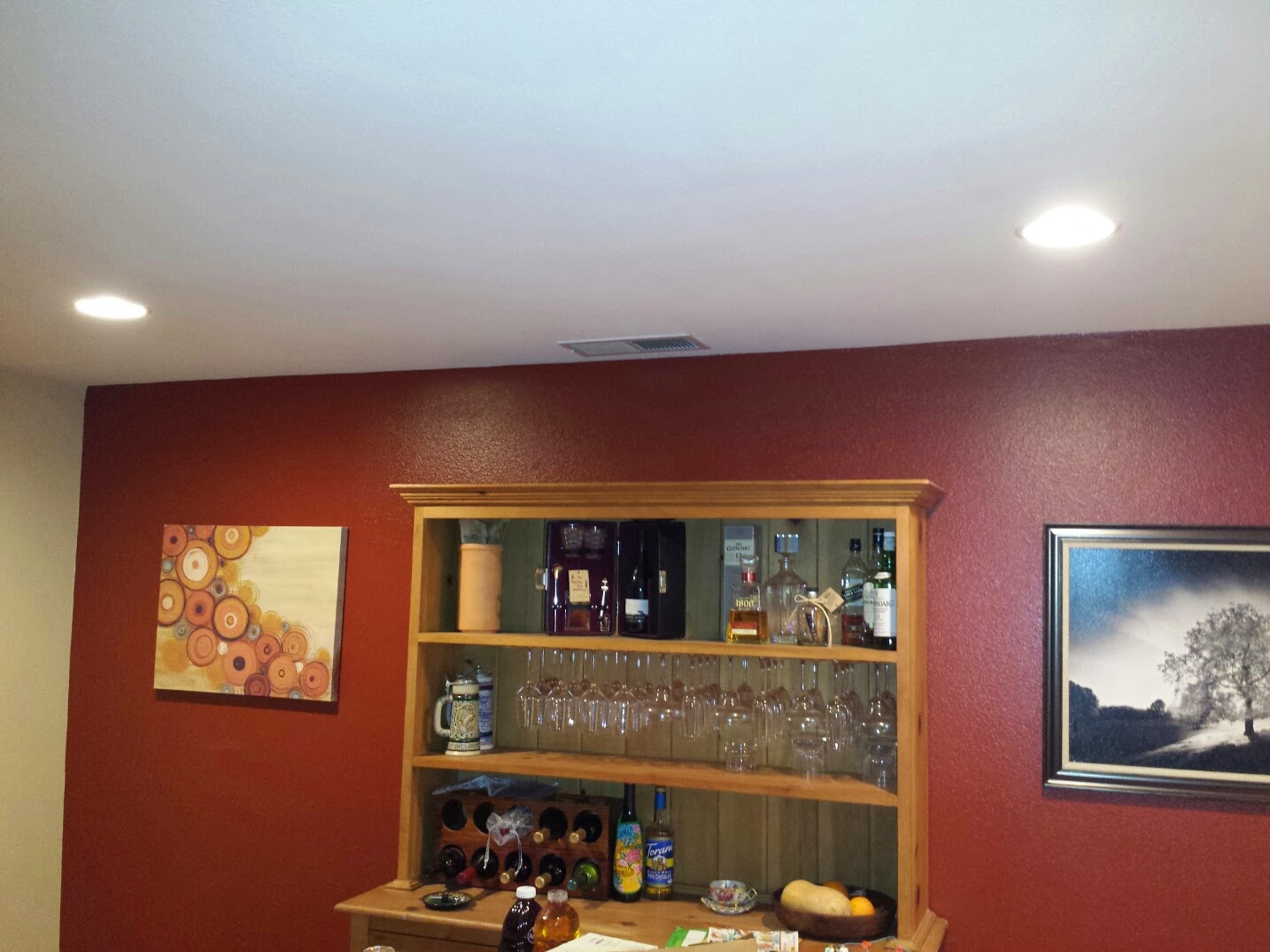 Our dining room had no ceiling lighting whatsoever, so we used a lamp in the corner to dimly light the space.  It was meant to be a temporary solution, and 2+ years after owning the house, we have finally moved on.  The first step was done in conjunction with the kitchen lighting, and involved installing two recessed lights along one wall.

The next step was installing a chandelier above the table.  Here's Chrissy unwrapping our custom, handmade, US built light.
Since there was no lighting before, I had to go in the attic AGAIN and install a heavy duty receptacle for the ~30 lb light. 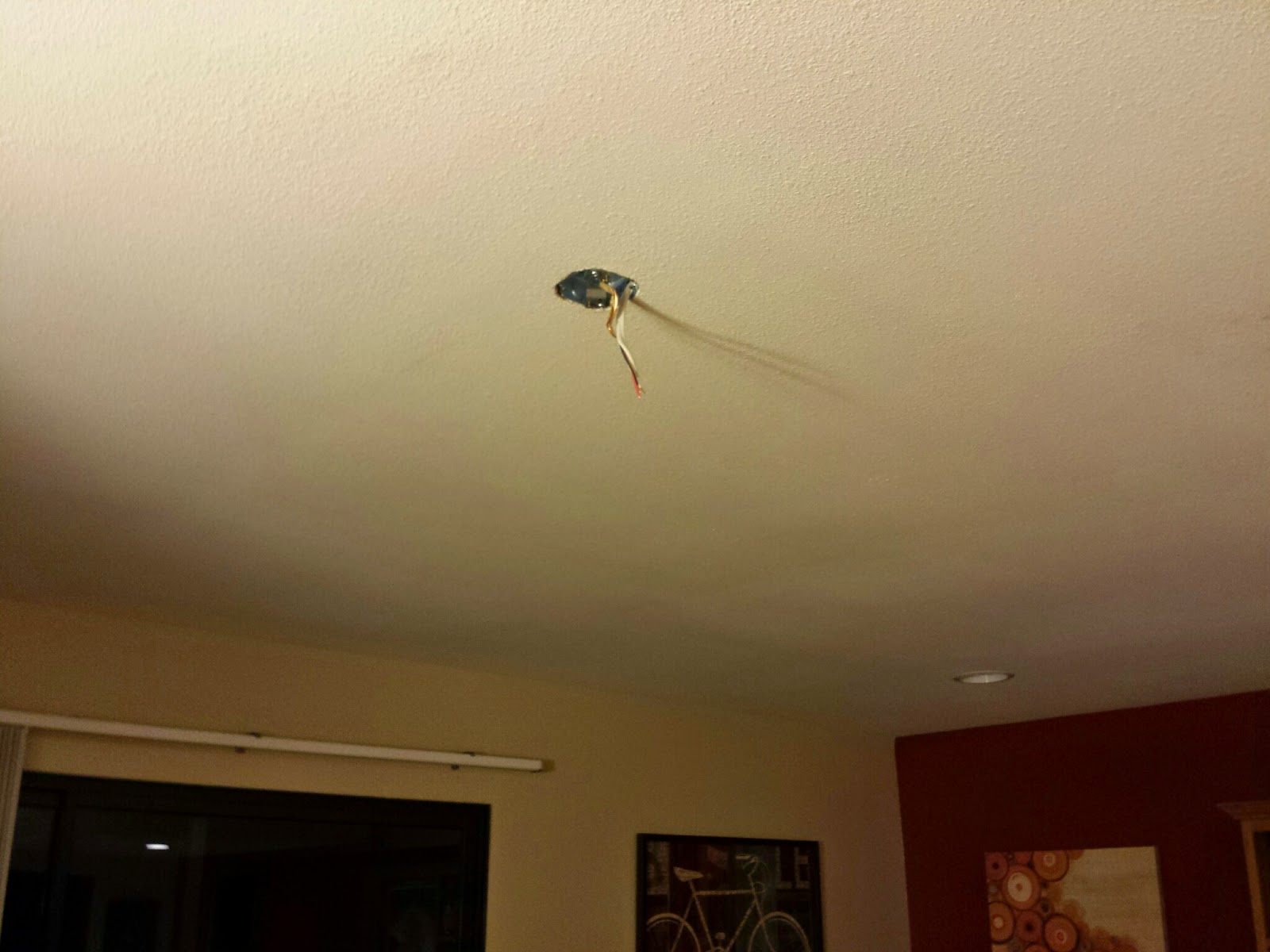 I then had to wire it up.  We used an existing switch next to the hallway door that previously controlled one random light.  That light is now on the kitchen switch. 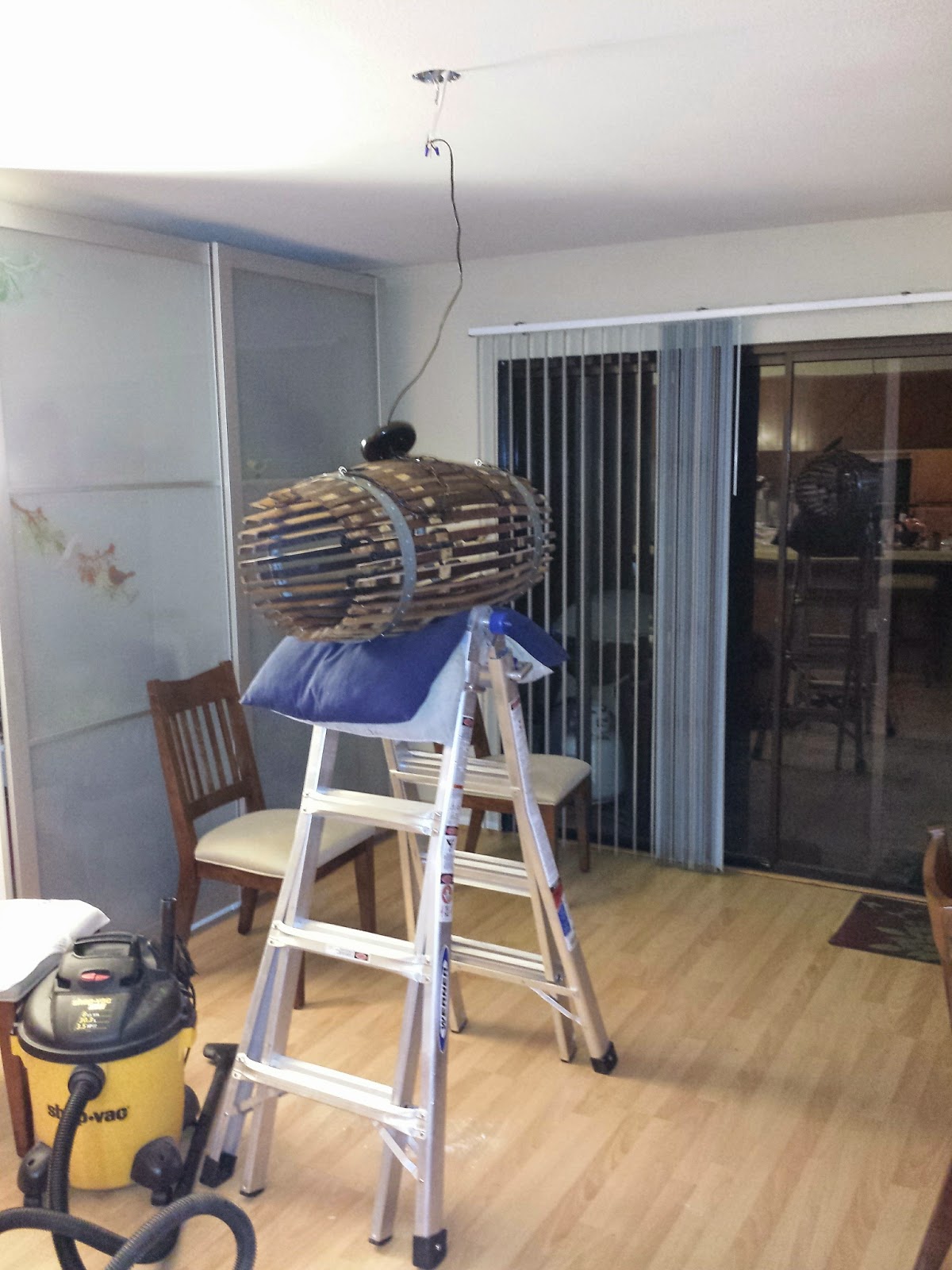 We then tried to mount it and discovered the bolts that came with the light were too short.  Luckily, I had a fine selection of stainless steel machine screws on hand, so I was able to grab a longer version. 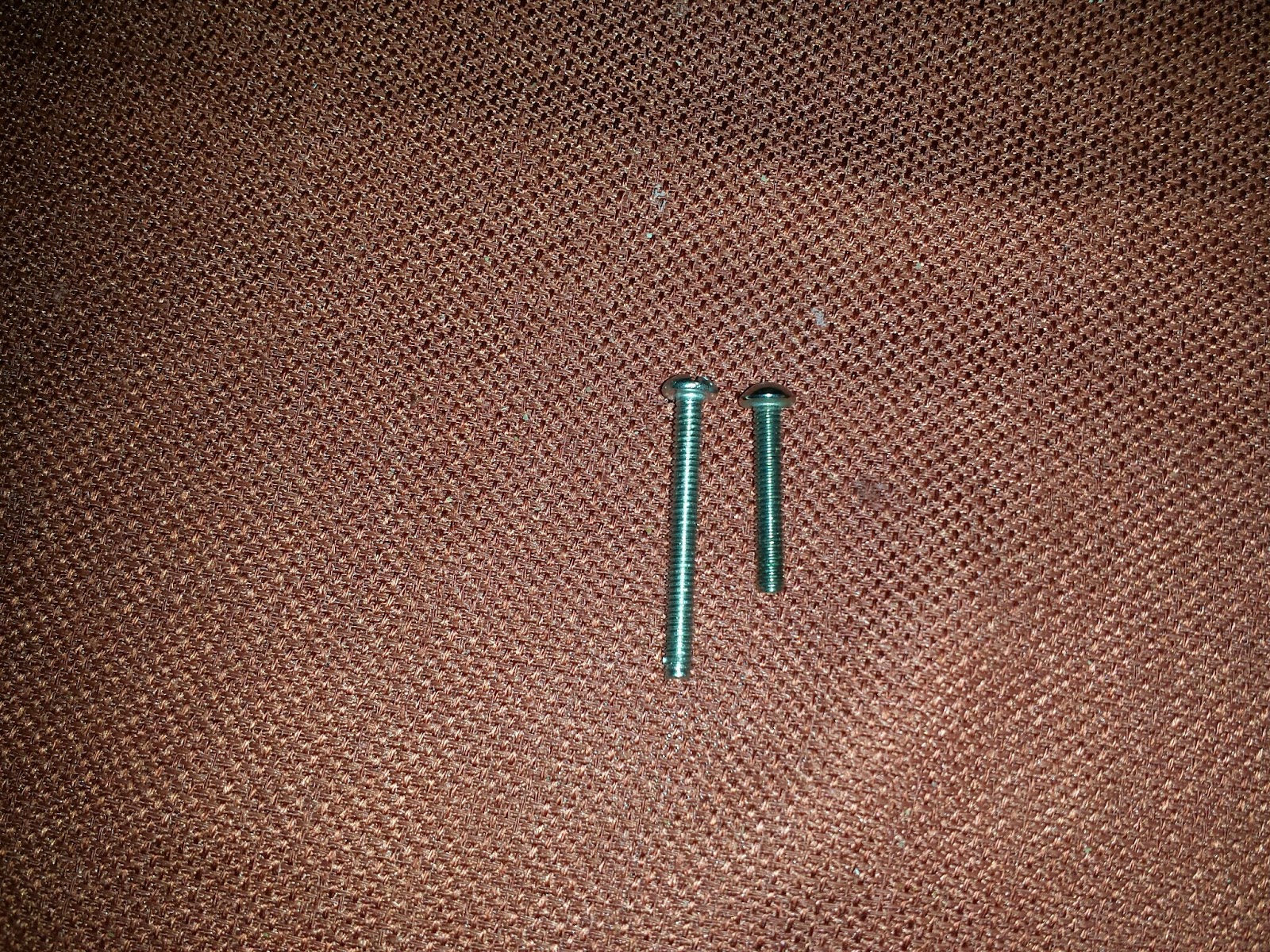 And here's the final result.  This light is actually a used wine barrel, transformed into a six-light chandelier.  It is really cool.  I considered trying to make a version of it myself, but it made more sense to just buy it.  After it arrived, we discovered it came from Paso Robles, near my hometown.  The company that made it is Wine Country Craftsman.

The light was a little too dim, so we bought some brighter LEDs on Amazon.  They are very nice units that actually fit in with the look of the light.  Instead of the absurd 12.5W incandescent bulbs that came with the light, the LEDs consume 3W and produce the equivalent of a 30W bulb.
Here's the brighter bulbs without the flash.  We really like the shadows the chandelier casts.
Here's what the room looks like overall.  We are very pleased with how it turned out.  The different "temperature" of the chandelier lights kind of separates the actual dining area and makes it feel special. 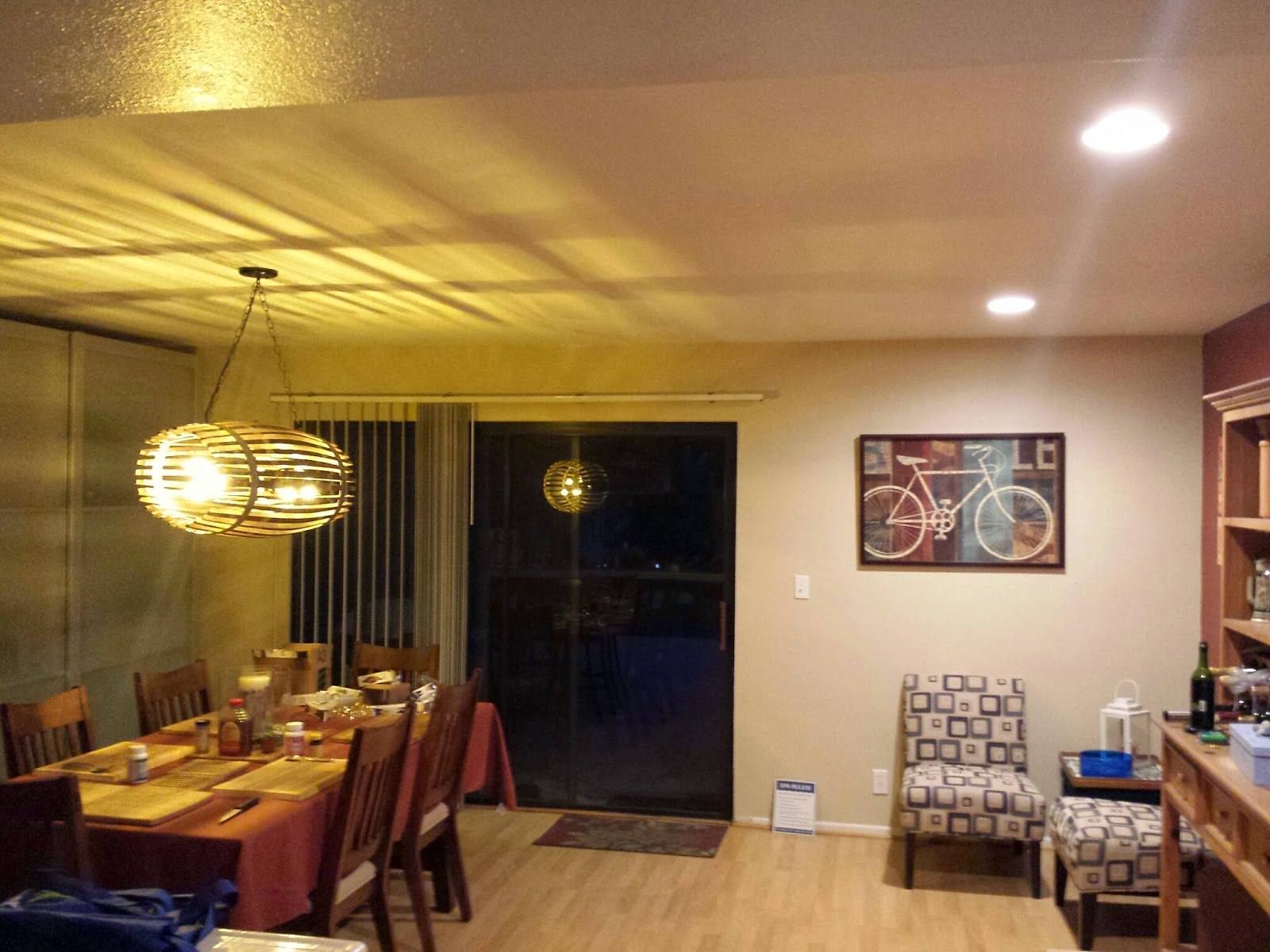