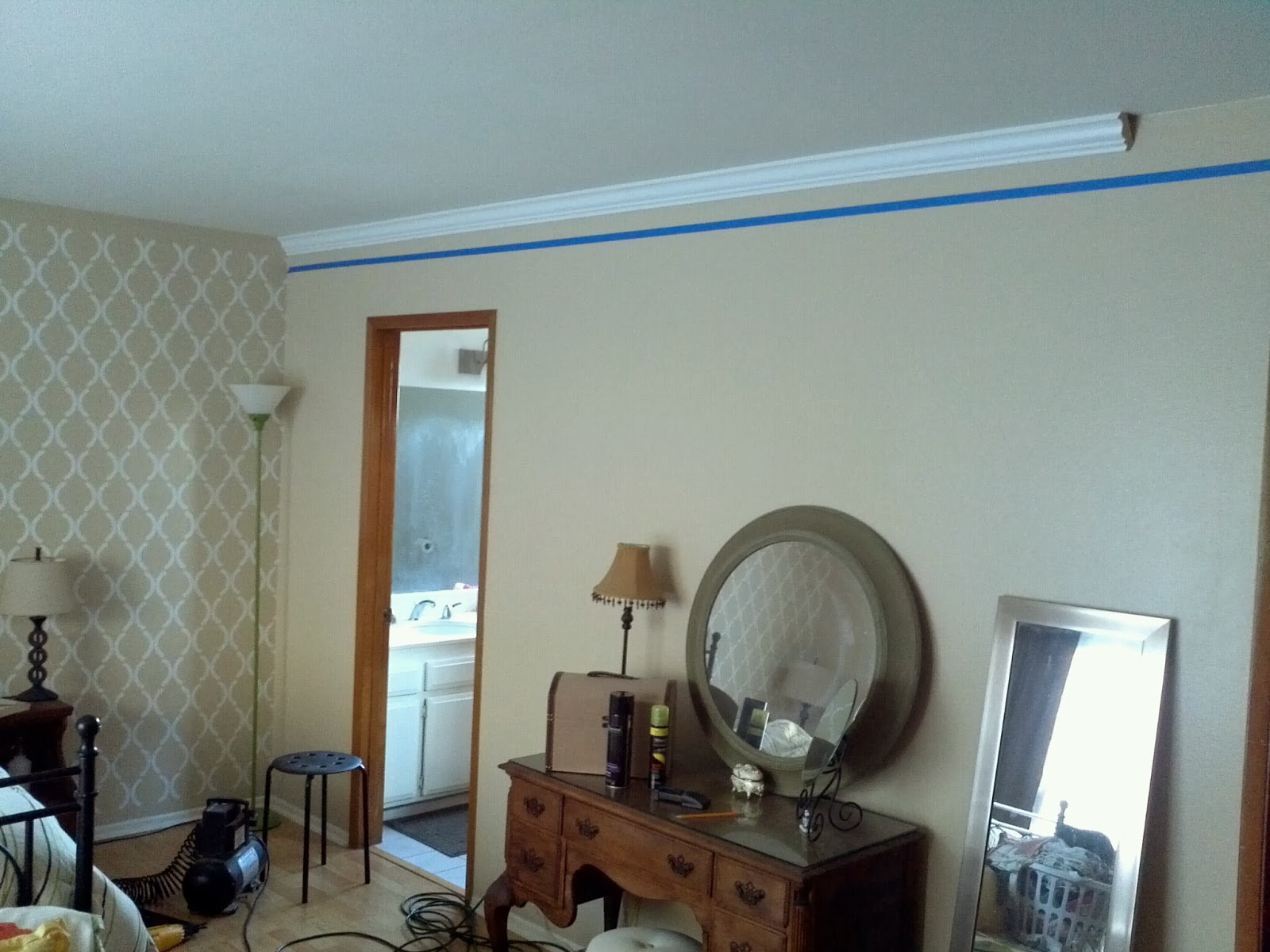 After much more frustration than I could imagine, we finally finished the crown molding in the bedroom.  You can see the work-in-progress above.  The tape is where we marked stud locations.  Don't want to tarnish the perfect paint.

I borrowed a serious saw from my coworker, Tai.  I also used his nail gun and world's slowest compressor.  Thanks buddy. 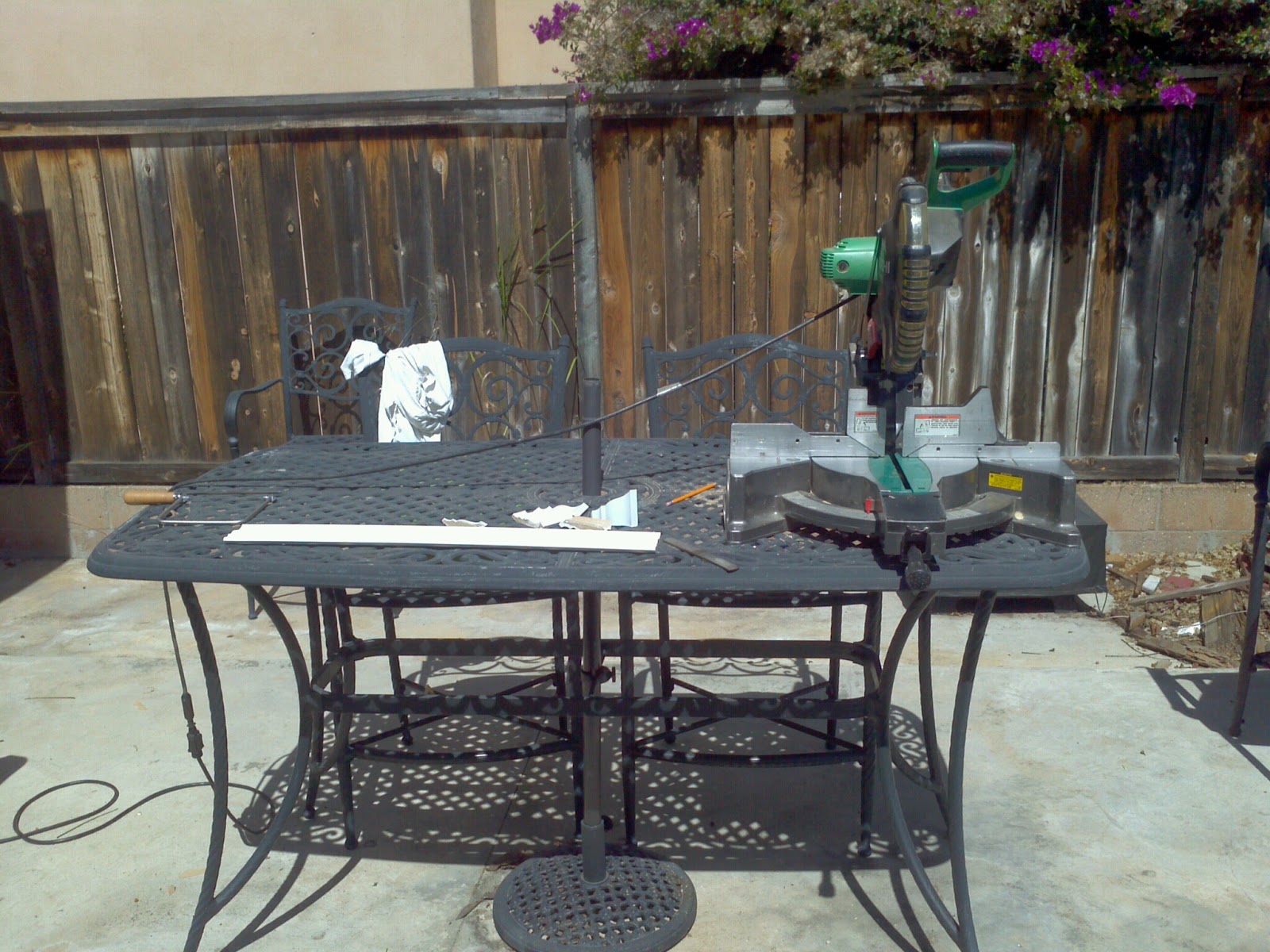 I did some serious coping, which resulted in beautiful corners. 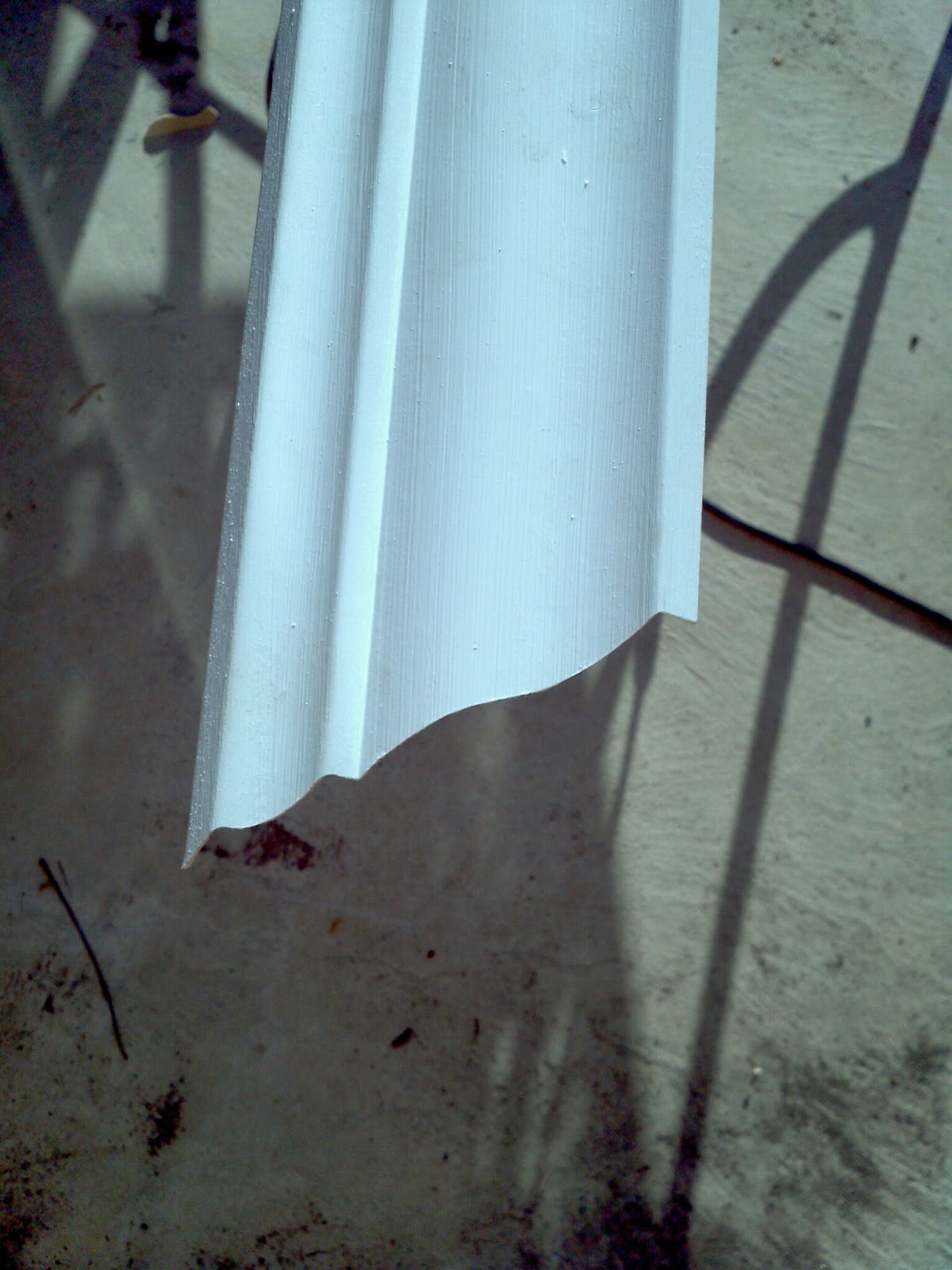 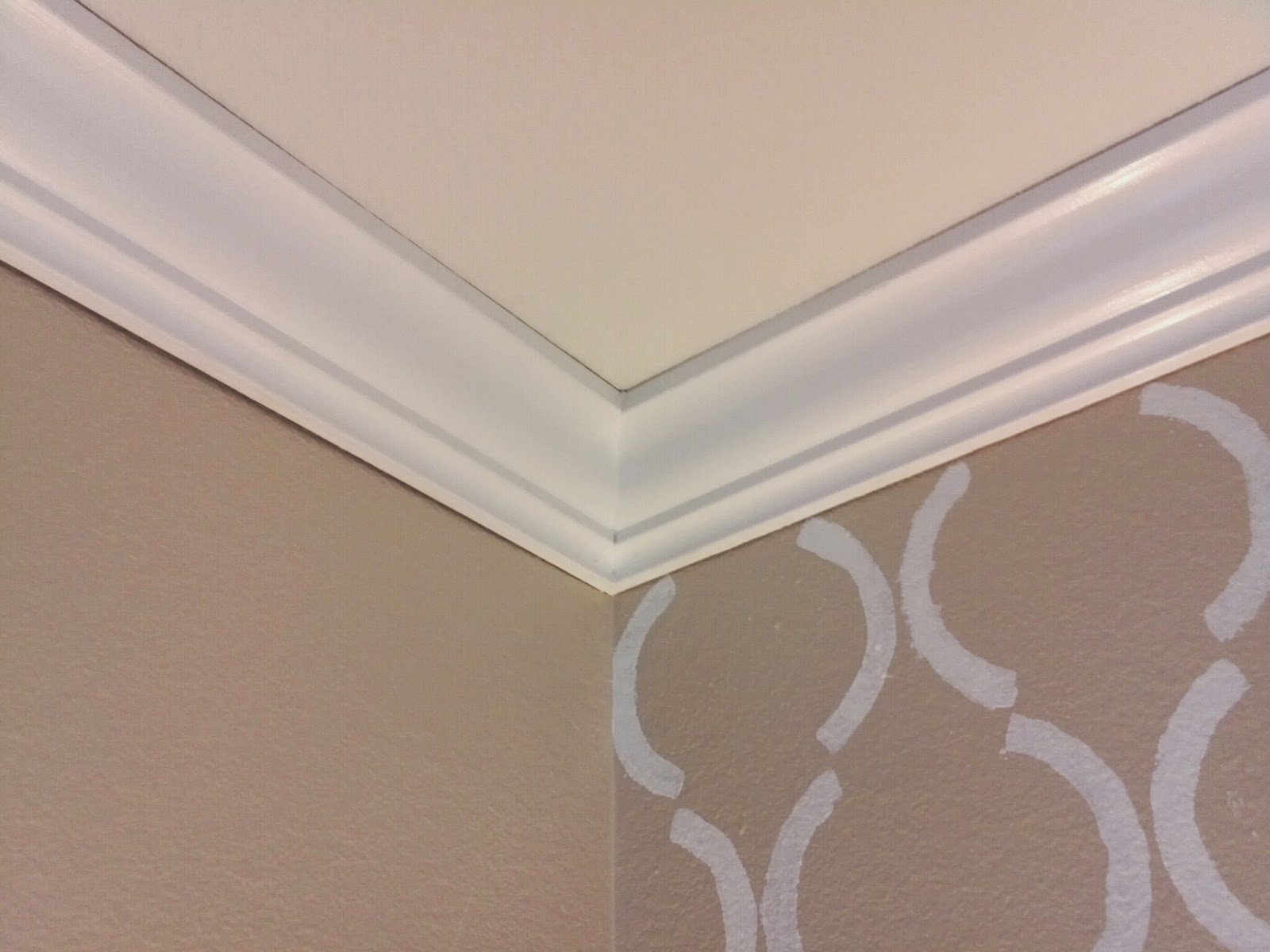 Speaking of studs; which do you think worked better--an electronic stud finder or a magnet from an old electric toothbrush head?  Definitely the magnet.  I've basically given up hope on the electronic variety.  I ordered an official magnetic one and in initial trials, it works wonderfully. 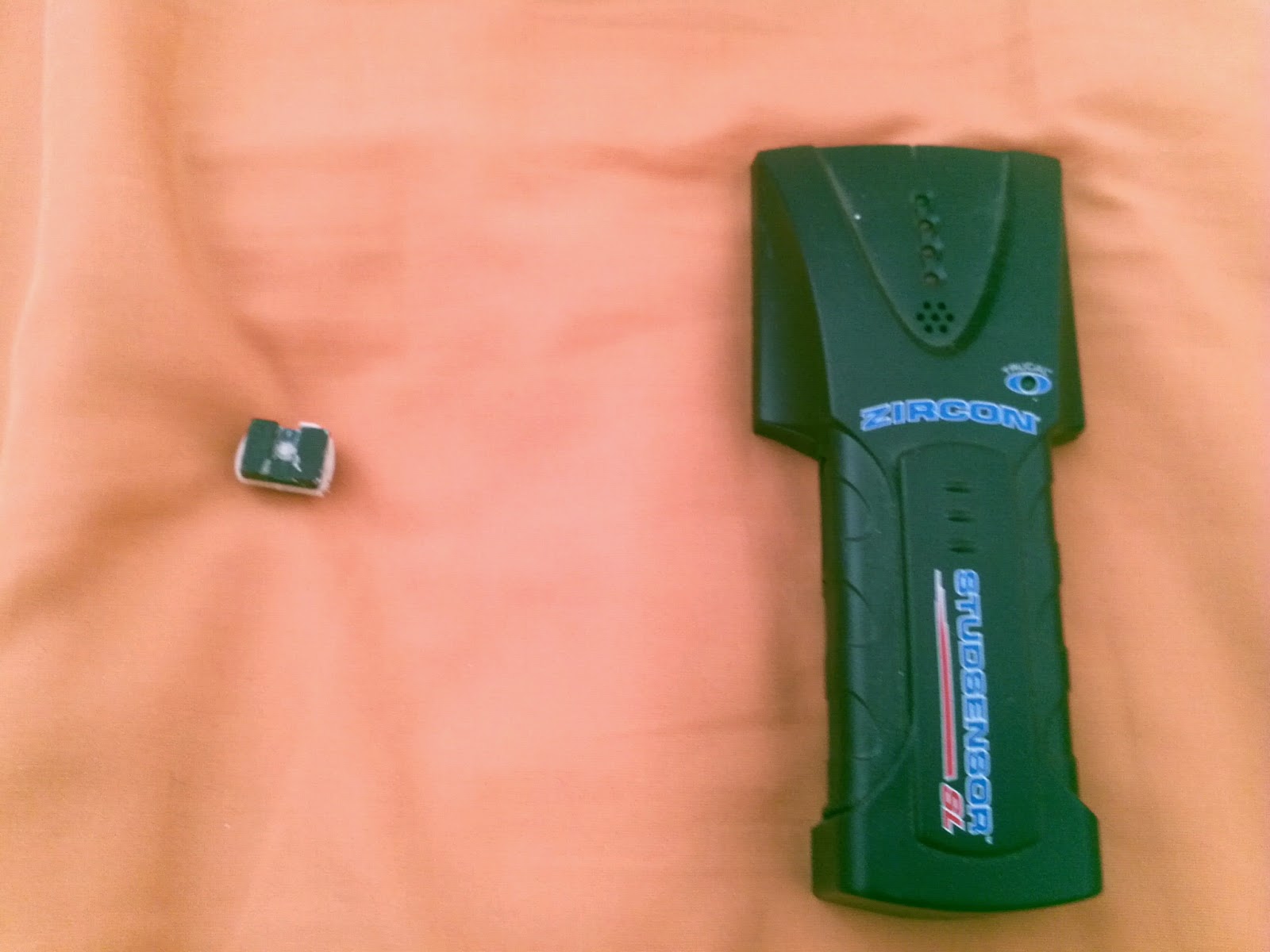 Here's some detail shots of the finished product.

And here is the overall result.  We are very happy with it.  It feels like a swanky hotel. 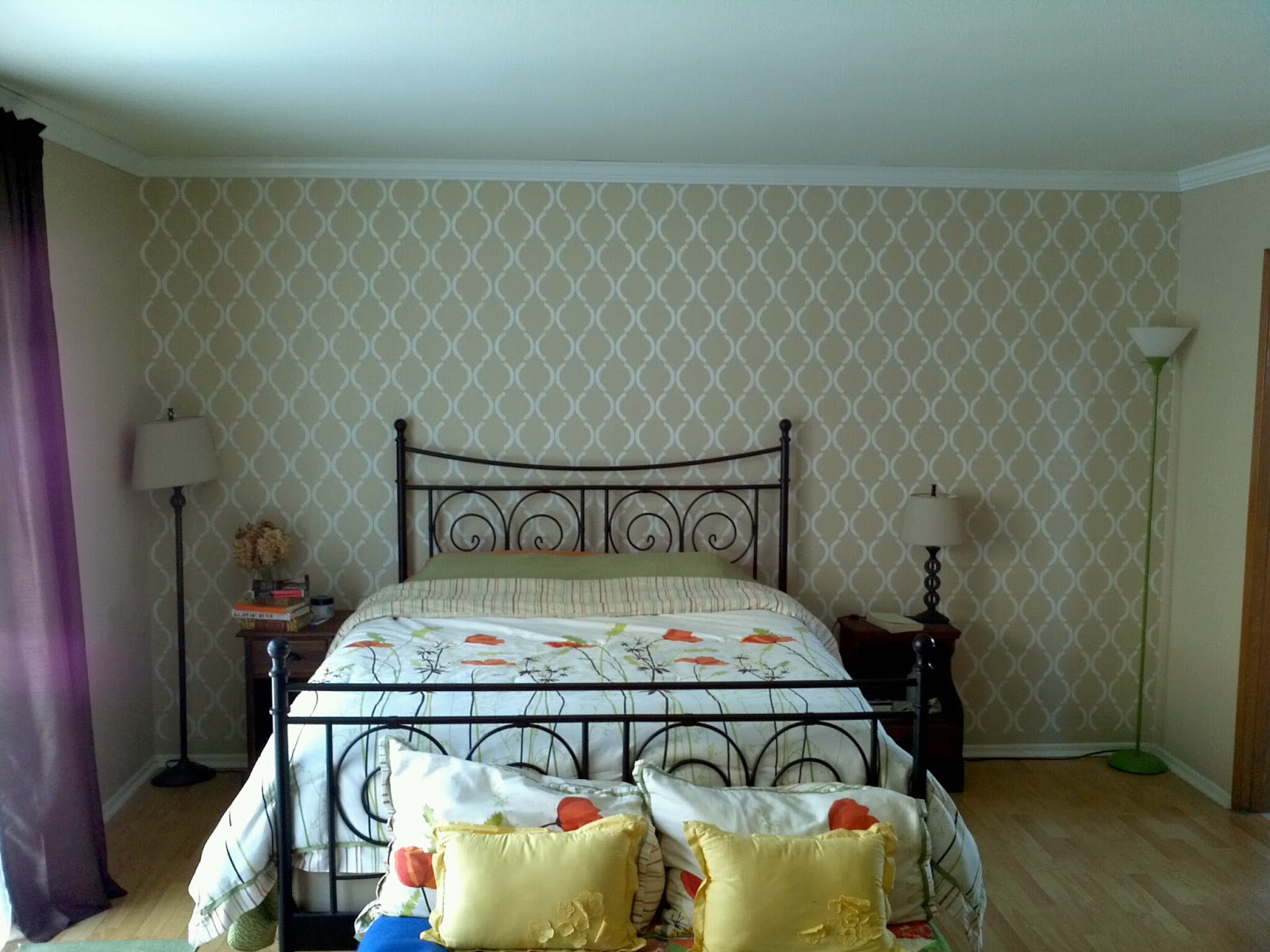 Here's the same shot before the molding was in: 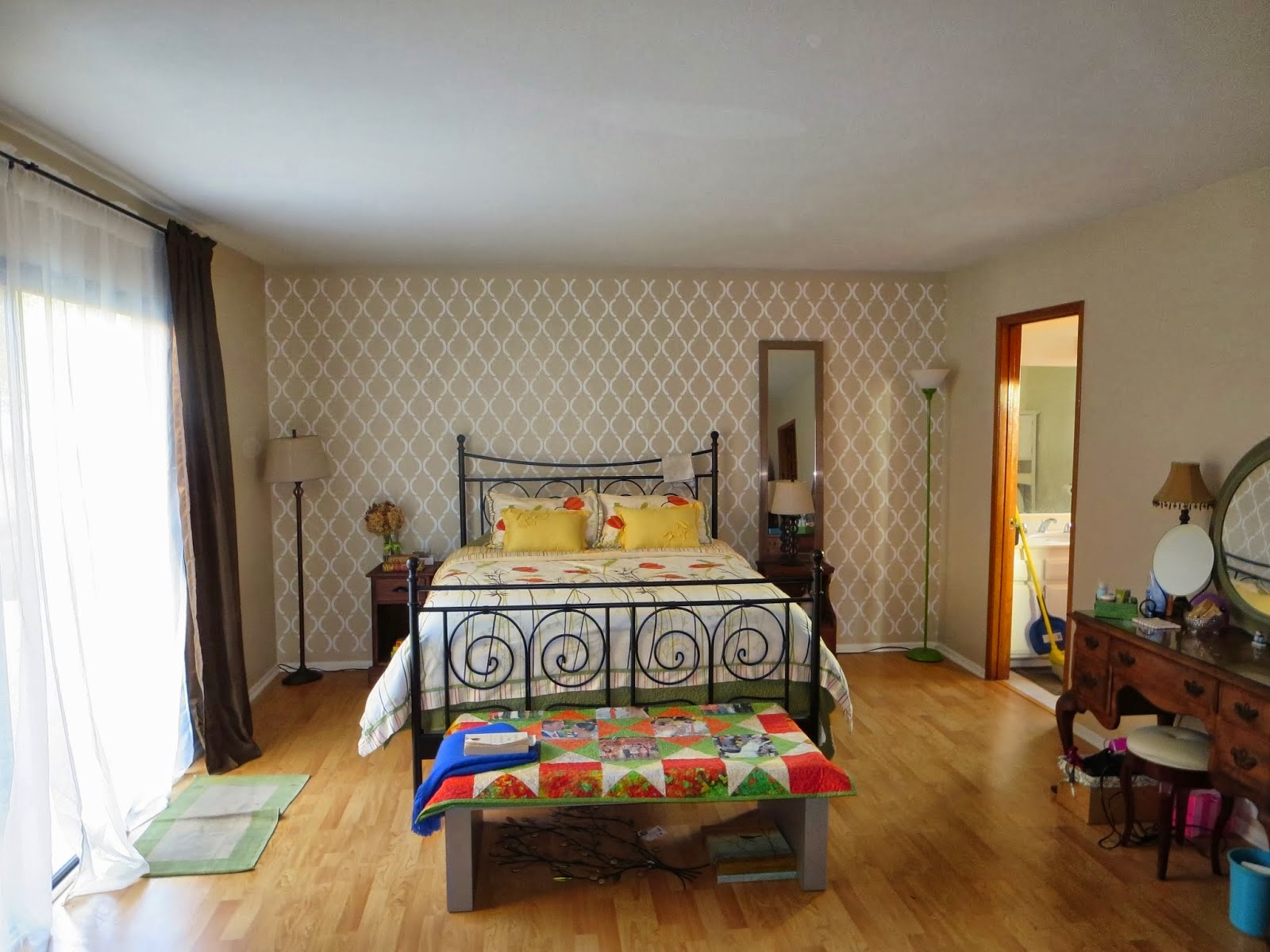 Now we just have to do the living room...