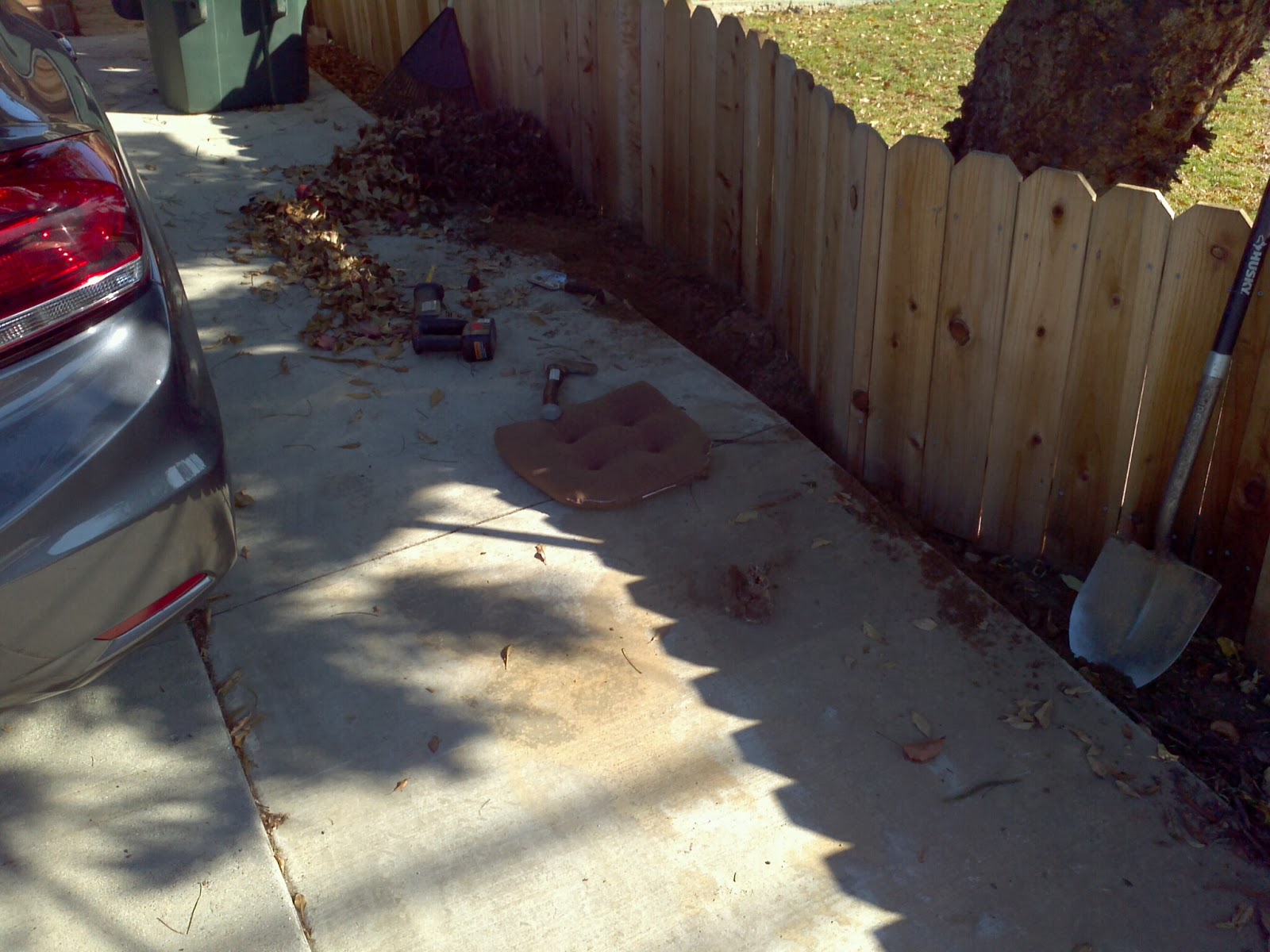 Our neighbor's trees are doing a number on our concrete, and it finally got to the point where we needed to take action.
That point actually occurred a few weeks ago, when I hacked a section of root out of the ground near the front of the garage that was lifting the walkway under the gate..
This time, we were going after the roots ruining the driveway itself and the walkway midway down the house.

I started by uncovering the root as best I could. 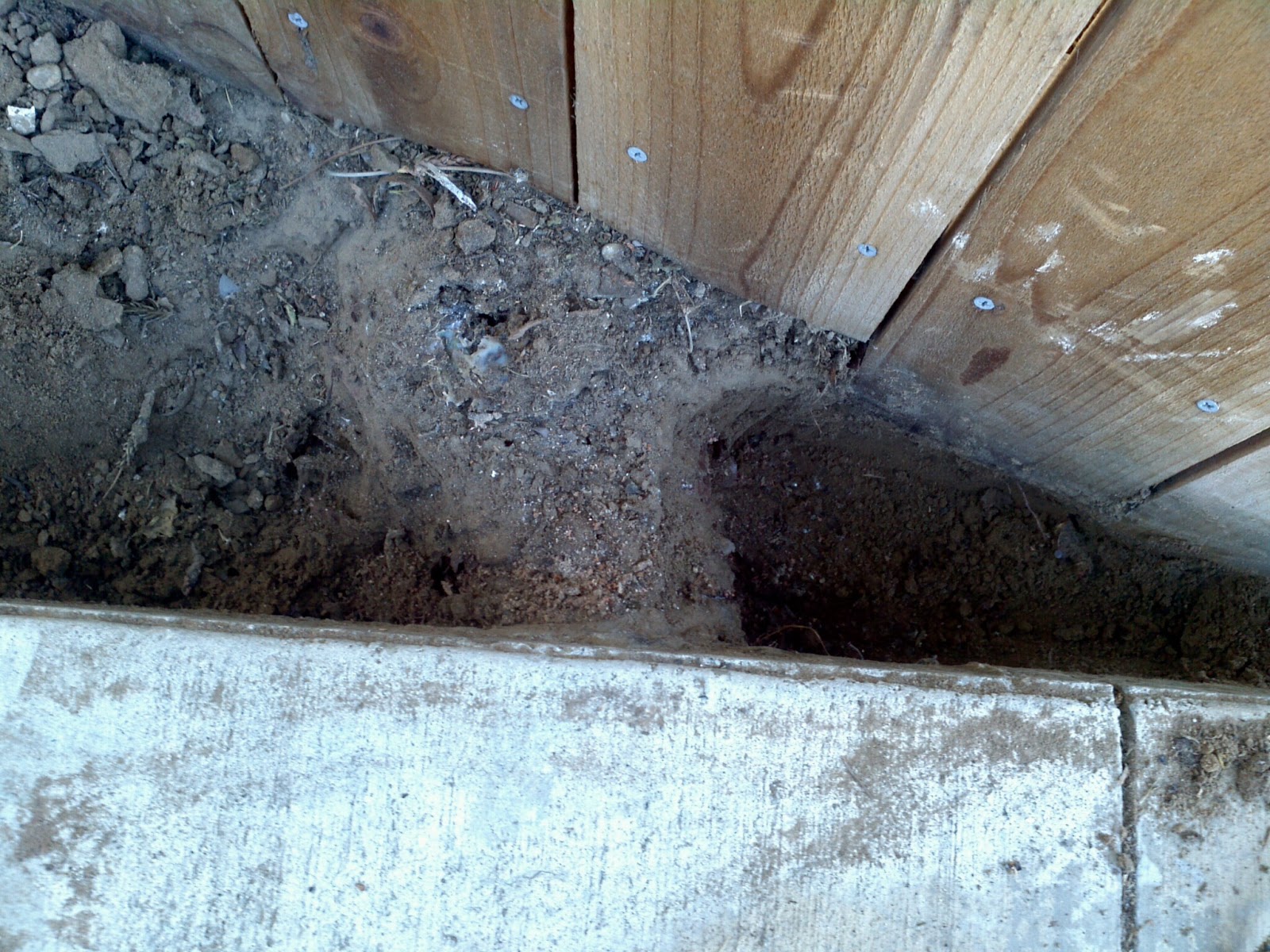 Then hacking at it with a hatchet for a while. I eventually tired and decided I needed a power tool.  Luckily Grandma has a chainsaw. 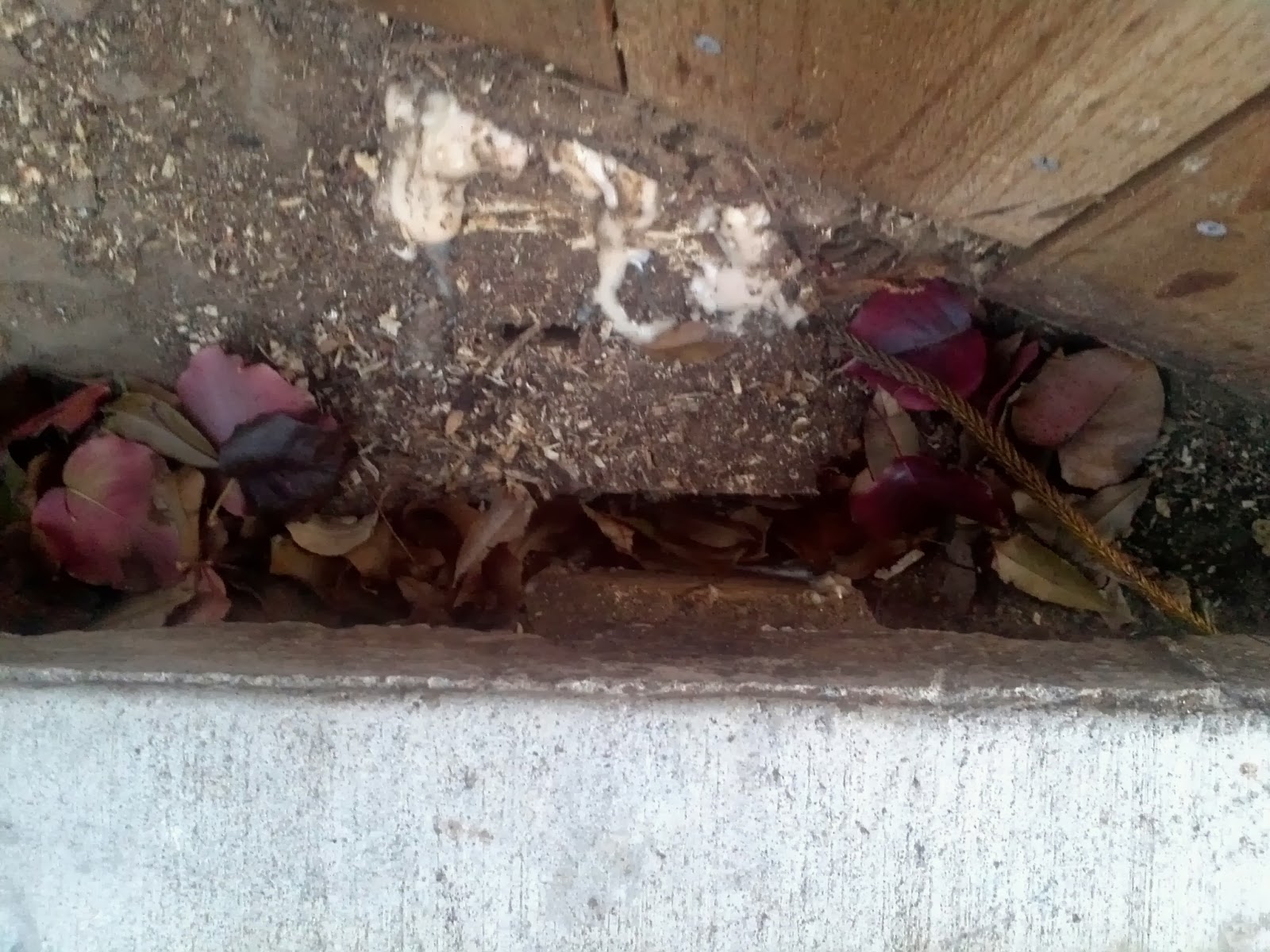 The raised sidewalk required us to move a bunch of the rocks we laid down and dig along side it. 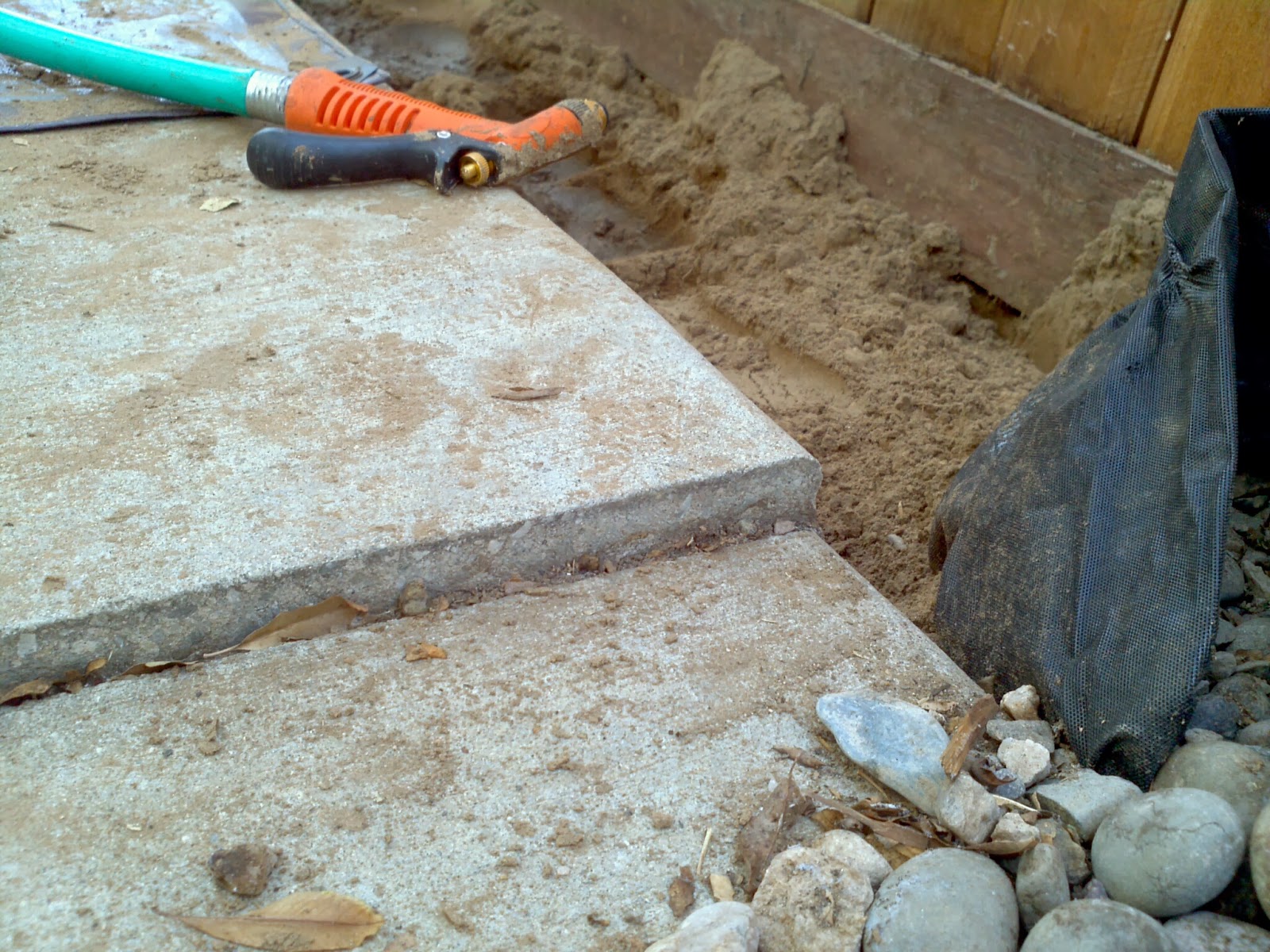 It was nice that we had buried a bunch of chunks of concrete there.  It made digging fun; NOT.  Interestingly, we didn't find any roots, so I have no idea what raised the concrete.  At this point we made the decision that since we were already in there, we might as well try to get the concrete to come down by digging under it a little.  Unfortunately, it ended up being a lot more work than I anticipated. Eventually, I gave up on actually digging and started hydro mining, but that proved to be pretty messy. 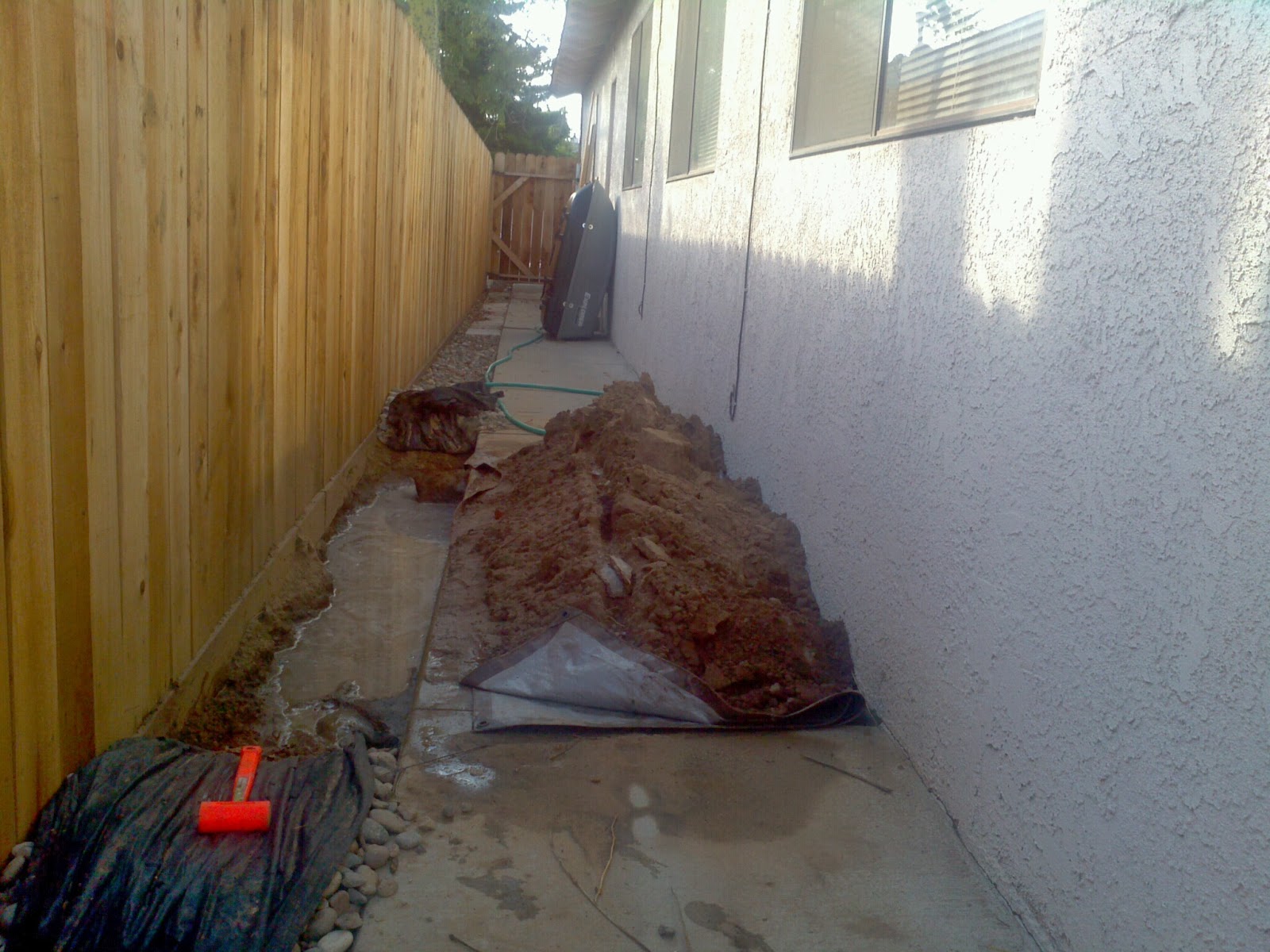 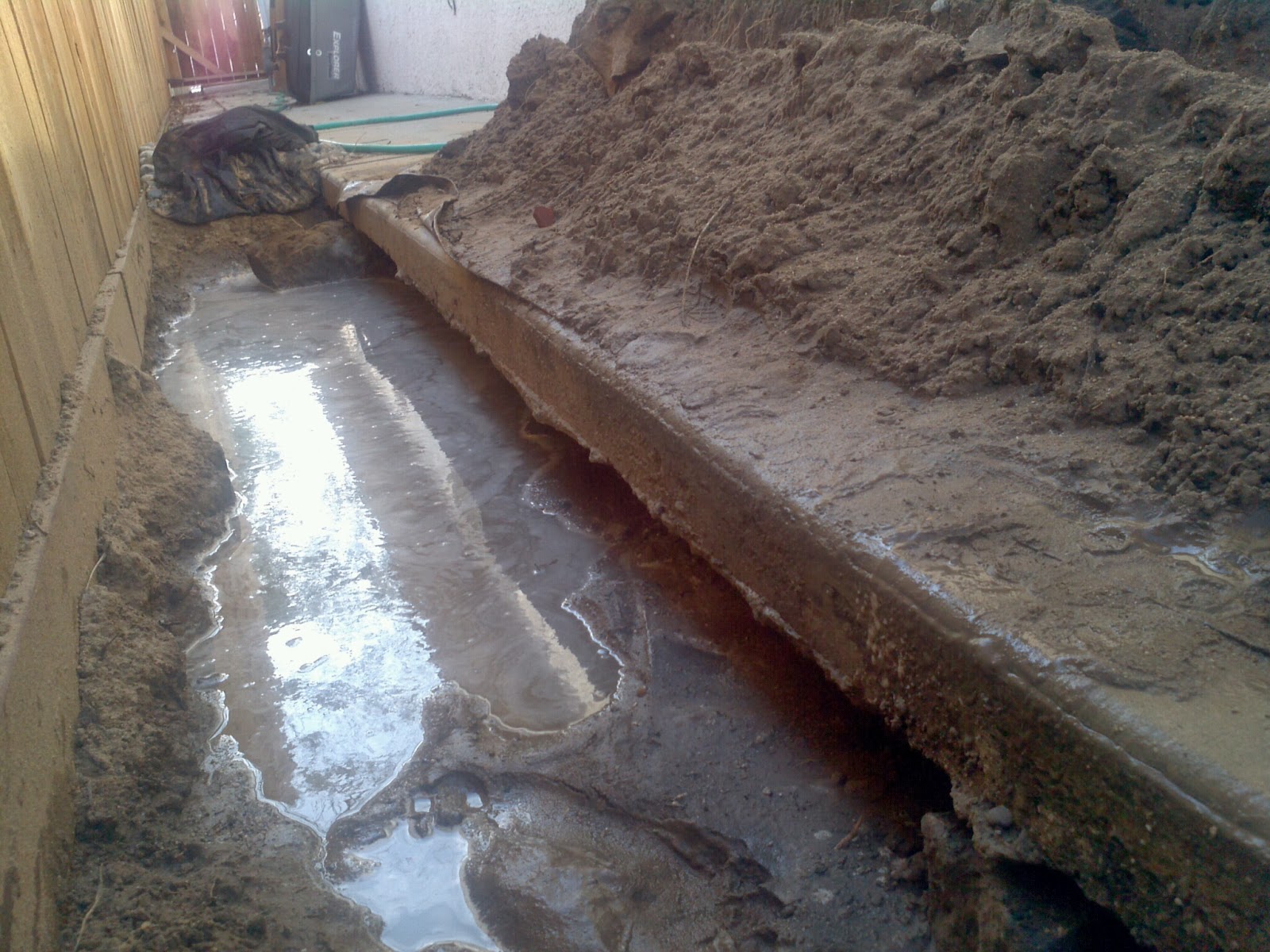 It got to the point where I had to just strip down and get muddy. 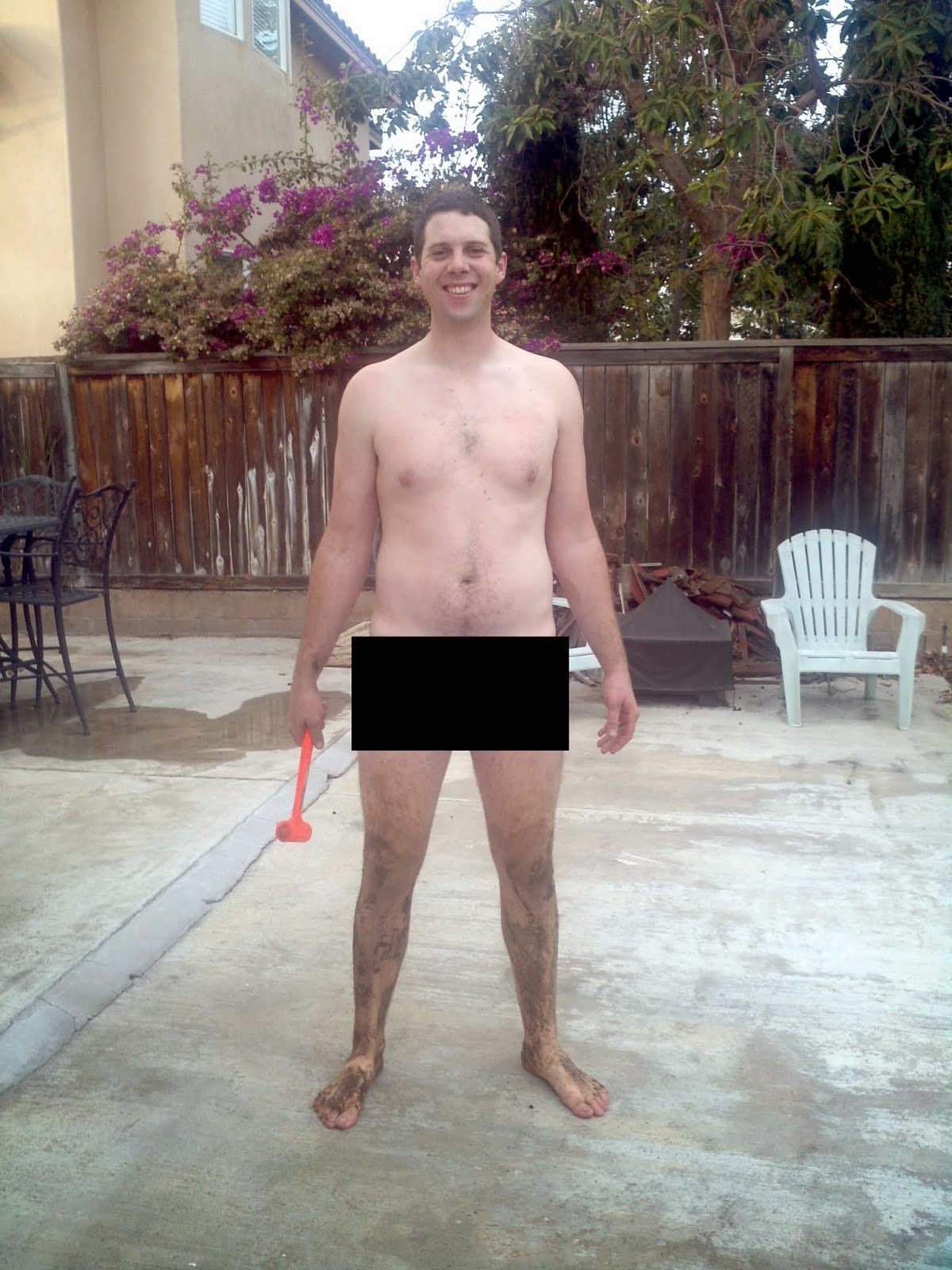 I had to jump on it and beat it with the dead blow hammer, but it eventually dropped down to the level of the surrounding sidewalk. 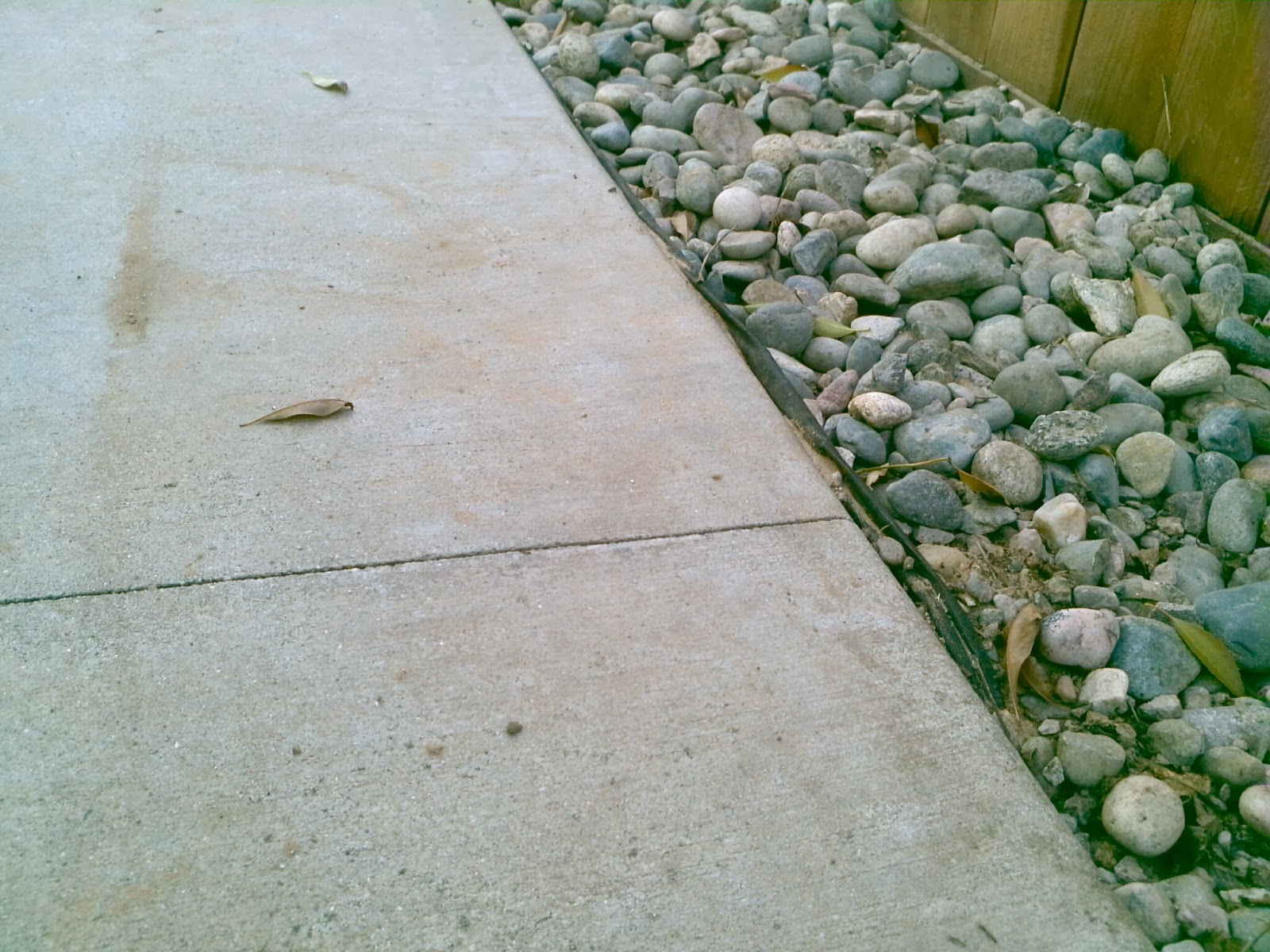 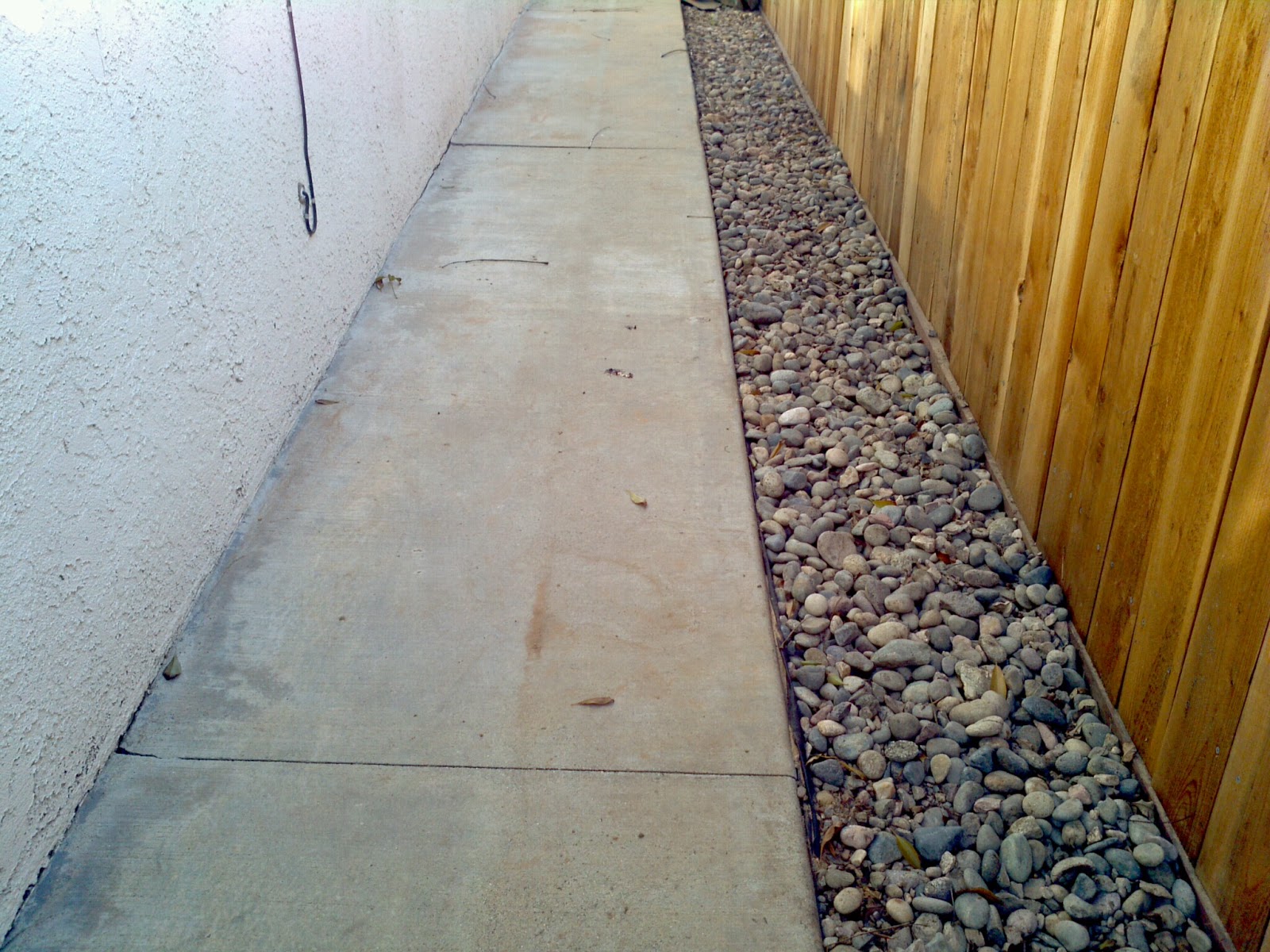 It was quite a struggle, but the end result is amazingly satisfying.
Posted by Andy
Labels: Casa, dead blow, Stuff I don't like doing