Editor's Note:  I talk about some large sums of money in this post, and I'm not too keen on discussing personal finances on such a public forum, but the money is pretty central to the story, and if you are thinking of buying a house, it is good to see just what this sort of thing is going to cost. 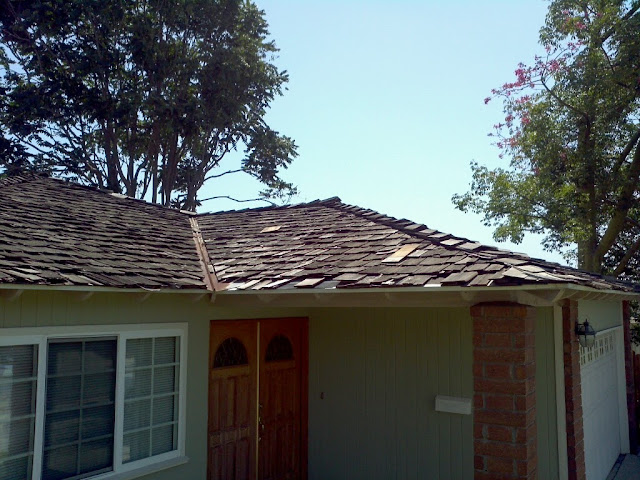 As you can see from this photo, we needed a new roof.  We knew it when we bought the house; however, I thought we could go a little longer.  Unfortunately, going into the attic and seeing light pouring in all over the place definitely demonstrated the time was now.  Every little sprinkle was stressful since a potential leak could cause lots of damage.

Here are some more glamour shots: 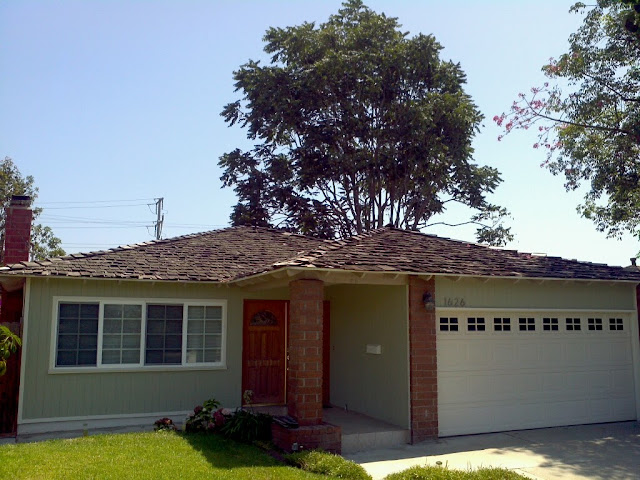 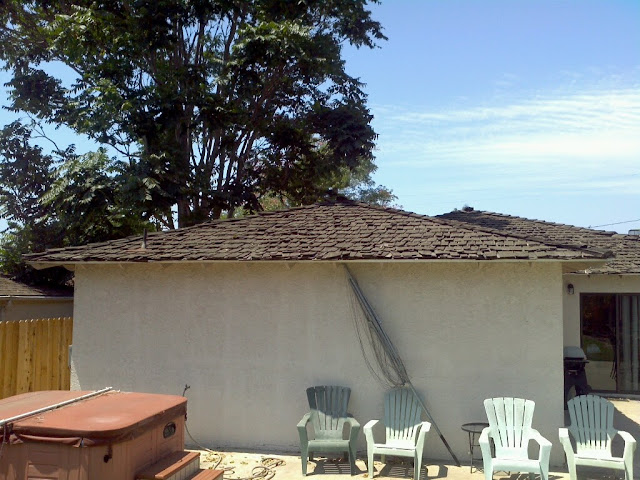 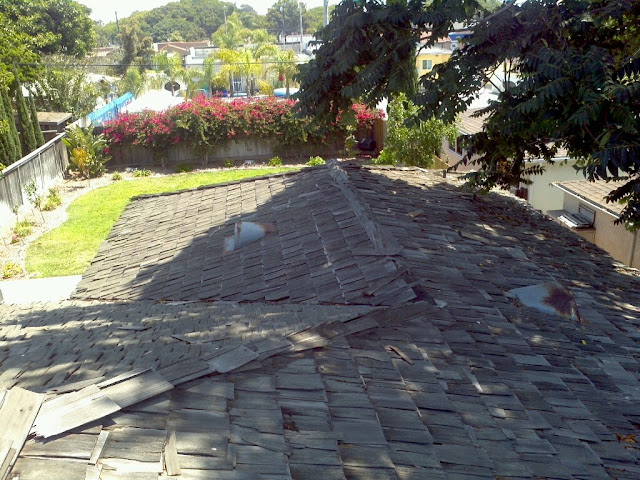 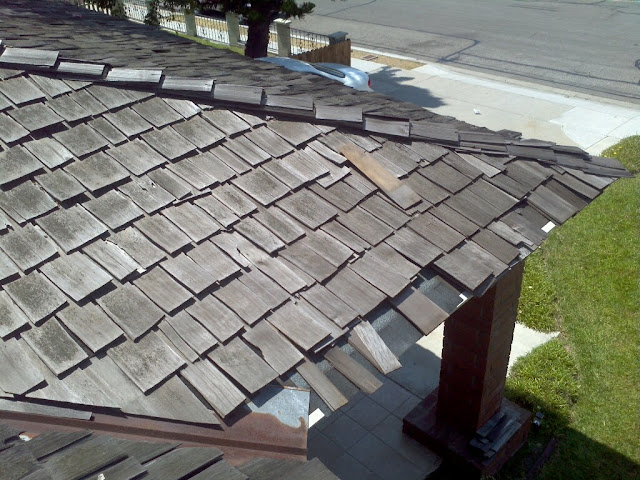 We got the first quote to do the roof quite a while ago and it came in at $13,000 for a fairly basic roof.  That seemed high to me so I checked to see what materials would cost.  My rough estimate including just shingles, tar paper, and plywood sheathing was about $7,000.  To me, $6,000 for labor seemed a bit high.
Some time passed and I discussed DIYing the roof with some of my family members.  They reluctantly agreed to help, since they know how miserable roofing can be; particularly removing old wood shake.

I started looking a little deeper into material costs and all the little things started adding up and inflating that initial $7,000 estimate, so I decided to get a couple more quotes to have it done for me before moving forward.
One quote was $11,500 and the second was $9,650 for similar roofs.  That second quote was too good to pass up, so I hired them to do the job, but I got a couple upgrades:  radiant barrier plywood and thicker shingles.  The final price we agreed on was $10,500, which I thought was almost too good to be true.

It turns out, it was.  This is when the real stress started.
A week before they were supposed to start, I got a call from the roofer explaining that he messed up on the quote and couldn't do it for the price we agreed upon.  He asked for $12,000.
I was obviously not pleased by this.  I firmly believe you should honor your agreements, particularly when they are in writing and signed.  In my opinion, he should not have said anything about his screw up and just done the job.  He may not make a ton of money on it, but at least he doesn't alienate a customer.

Anyway, after some tense negotiation, we agreed on $11,500, which was still significantly better than the other quotes, when the upgrades are factored in.  He also agreed to install the top of a couple new skylights for us.

So we were all set to go for August 19th, until we got a notice on the 16th that our street was going to be slurry sealed on the 19th.  After a panicked phone call we were able to delay one day, so that a bunch of giant trucks could ravage the new pavement.

When the job finally started on the 20th (our anniversary), things went fast.  Demo was first. 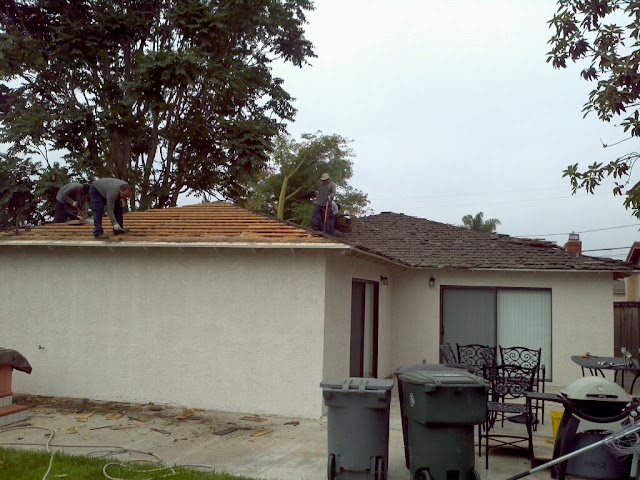 It turned out we had some termite/rot in some of our tongue and groove eves, so that had to be replaced, at extra cost.
Another fun event was when the demo was done, the truck pulled away and ripped the phone line off of my neighbor's house.  Luckily they were cool about it. 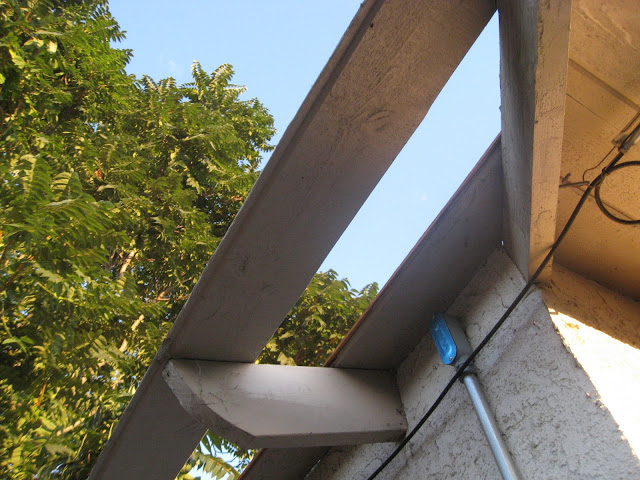 Next task was loading up the plywood and tar paper. 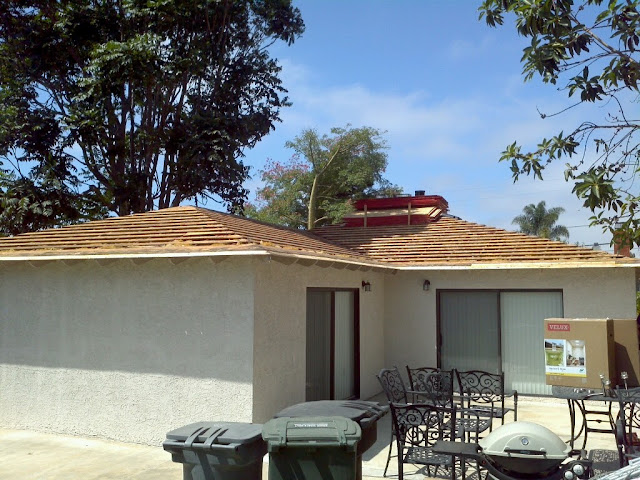 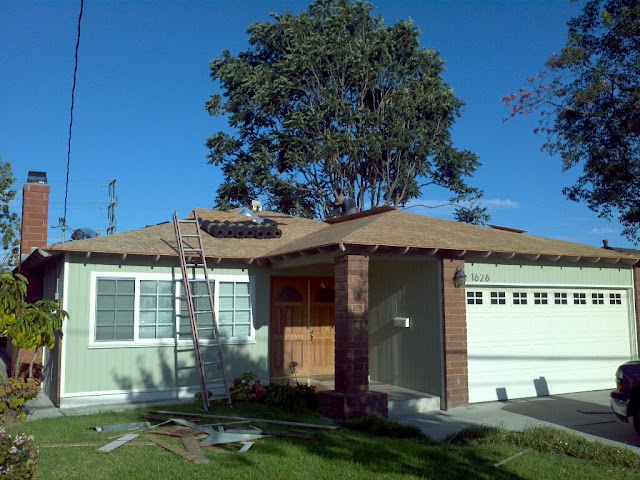 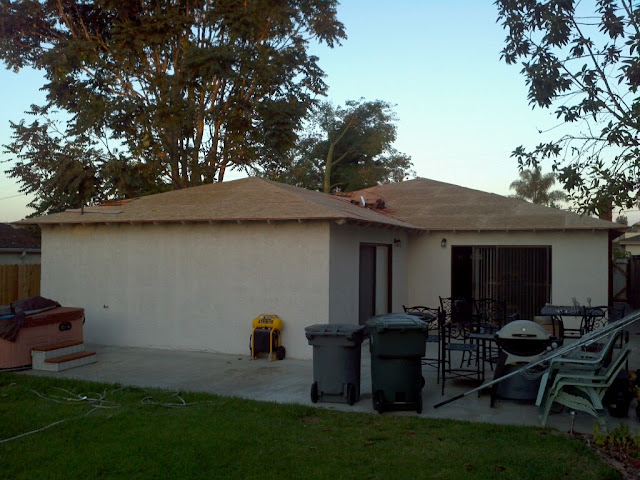 Here comes the tar paper, and shingles are loaded. 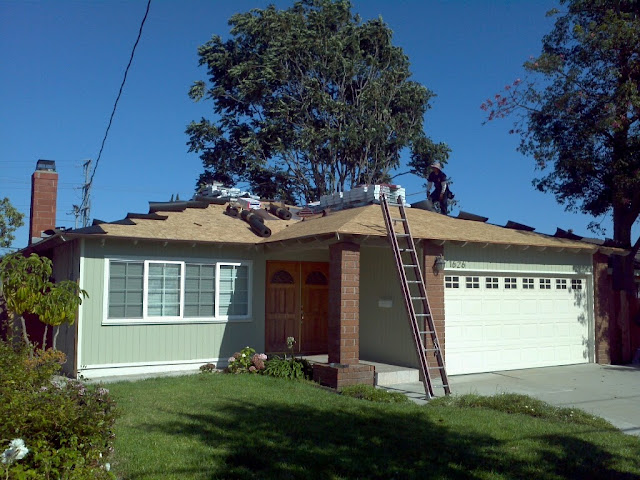 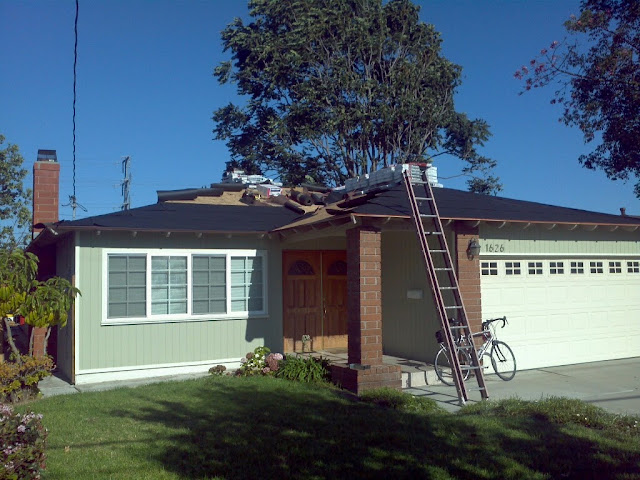 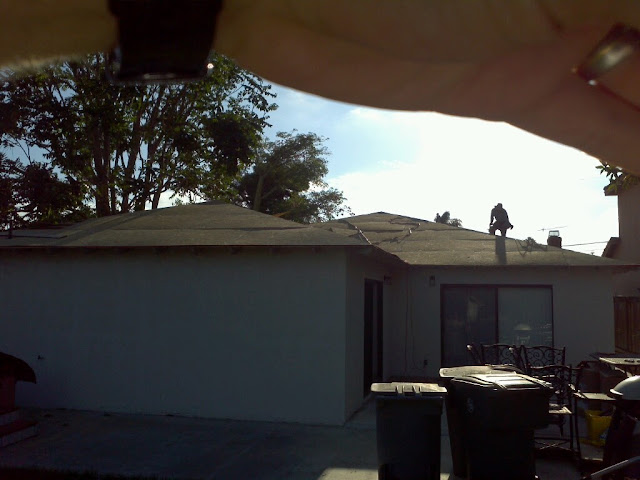 Shingles are starting to appear. 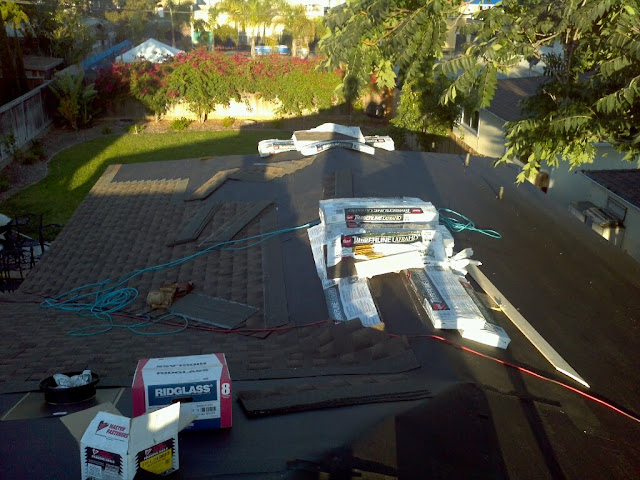 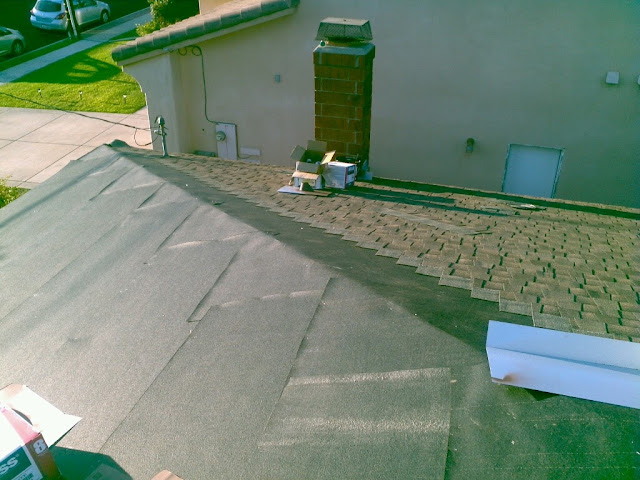 And finally, here's the finished product: 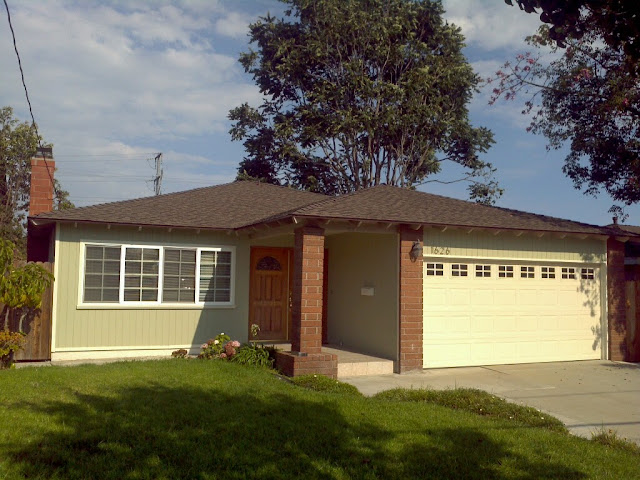 We are so pleased with the way it turned out, and it is such a relief to not have to worry about a questionable roof.  If you're wondering, the shingle we got is the GAF Ultra HD in the color "barkwood."
I also got to have fun riding the roofers like a rented mule.  I called them out on several things, and I am pretty sure they were terrified of me.  Sure beats doing it ourselves.