It's been a while since my last motorcycle post, but we are finally somewhat settled into the new house and Chrissy left me alone for the evening, so it was time to get wrenching.

One thing I wanted to do before I started working on the bike was weigh it so I could compare the weight before and after my modifications.

Normally, you would use a scale that is made for this type of thing, or go to a recycling center and borrow their scale, but I am too cheap to buy a scale and too lazy to haul the bike somewhere.
So how does a lazy cheapskate weigh a motorcycle?  Like this: 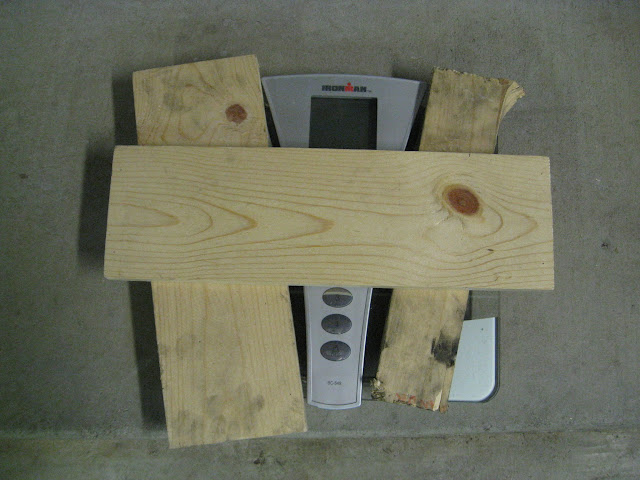 Take one bathroom scale and a few custom cut pieces of wood (and by custom I mean whatever scraps you have lying around) and roll the motorcycle onto it, one wheel at a time.  Meanwhile you must ensure the other wheel is at the same height, so you need to cut some more custom blocks to achieve the perfect height.  Get it right and it looks like this: 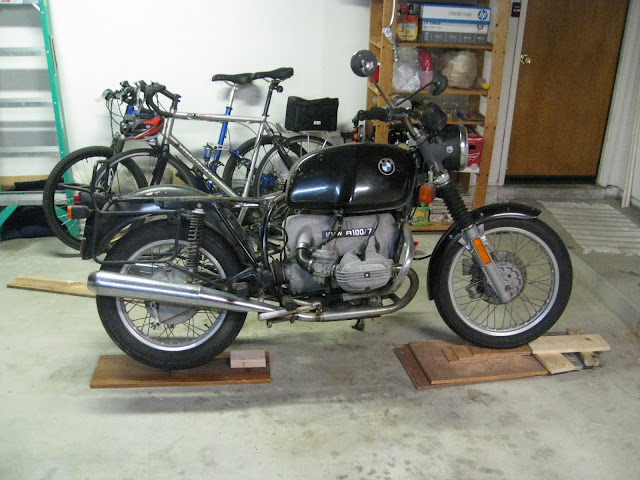 I did put the seat on before taking the final weights.

One set of specs I found lists the weight as 215 kg, which is about 474 lbs.  I'm in the same ballpark, so I trust the numbers.

The bike had fuel in it when I got it, 10-year old fuel.  In order to make comparing weights easier, I had to drain the tank.  That involved removing the seat then the tank. 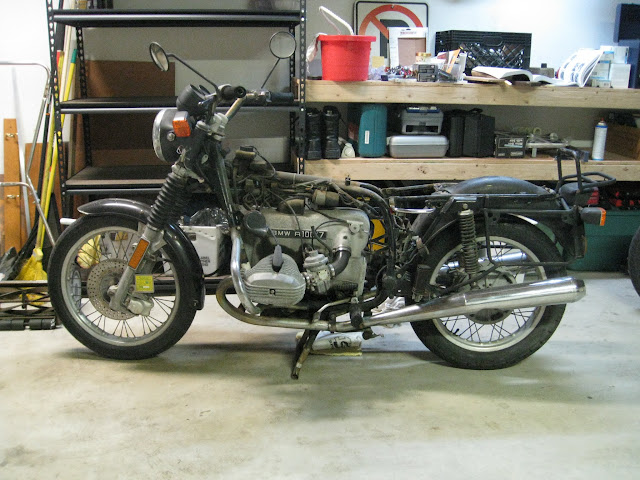 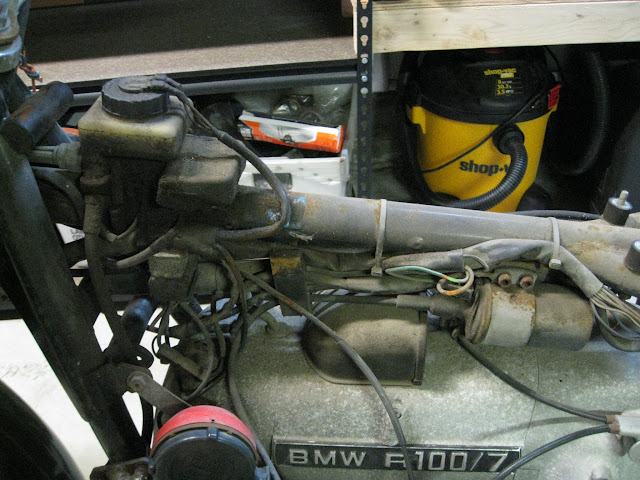 I drained the fuel in a very environmentally conscious way, being sure to capture all the fumes.* 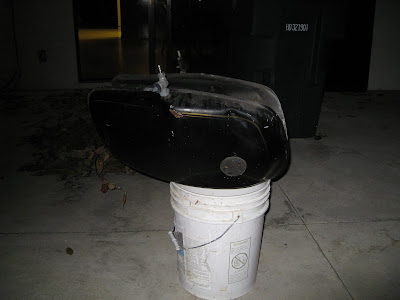 I even had to remove a petcock to get the final drops.  Shockingly, it didn't flow out when I just opened the valve. 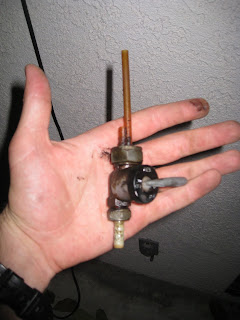 This is what gasoline is supposed to look like, right? 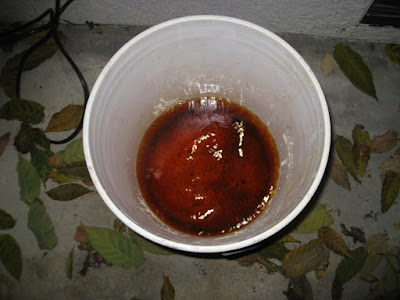 So it seems the motorcycle project has officially begun.  I hope to have more posts soon.

*When I say capture all the fumes, I mean let them accumulate in the garage where I'm working and try to asphyxiate myself until Chrissy comes home and points out that I'm about to die.  In my defense, I poured the gas outside and left the bucket there, but the empty tank was apparently fuming.