Above is the concept version of the Brammo Empulse, the most promising electric motorcycle yet. 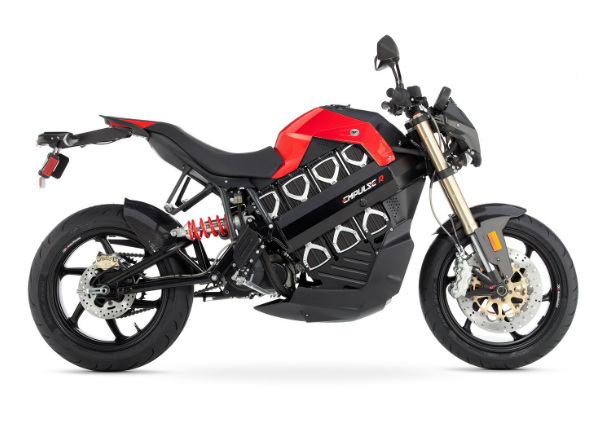 This is the production version.

This post is off topic, but it needs to be said.
The production version of the Brammo Empulse is one of the biggest letdowns in recent memory.  The last time I was this disappointed by the transition from concept to production vehicle was the Chevy Volt (don't get me started).

Here are the problems:
1. Seat went from badass to lameass.
2. Rear fender went from unique to ordinary.
3. Bars raised from clip-ons to mountain bike.
4. Mirrors were added (I know that is necessary, but that doesn't mean I like it).
5. Rear appendage grew.
6. Passenger pegs added.
7. Rear swingarm loses the sheet-metal and some visual heft.  Ends up looking chintzy. Again, like a mountain bike.
8. The biggest problem is the loss of parallel lines.  The concept had an amazing set of lines, starting with the main frame beam.  That line is mirrored by the bottom of the bike, the rear shock and the top of the swingarm.  The production version totally loses that look, with the biggest problem being the rounded bottom of the bike.  It looks pregnant to me, with too much plastic.  And the more I look at it, the less I like the rear shock.  It just looks a little off.

Back to the BMW next time.