The new refrigerator set the snowball in motion.  Now it's really picking up speed.  When ordering the fridge, I foolishly looked at cooktops too and added one to the order.  As you can see, ours was probably overdue for replacement. 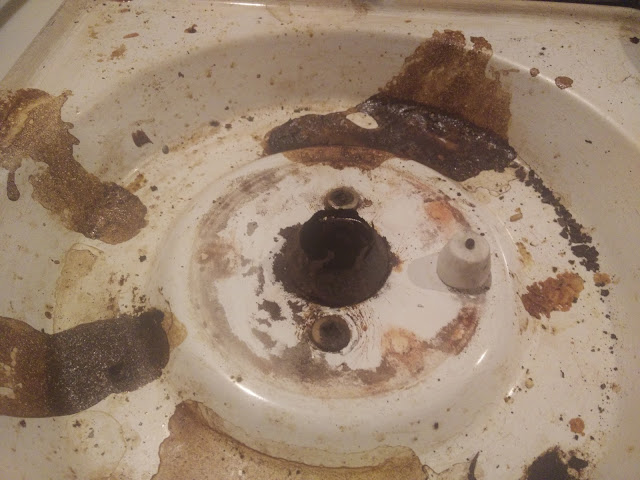 The old one lifted right out, only to reveal years of grime beneath the lip. 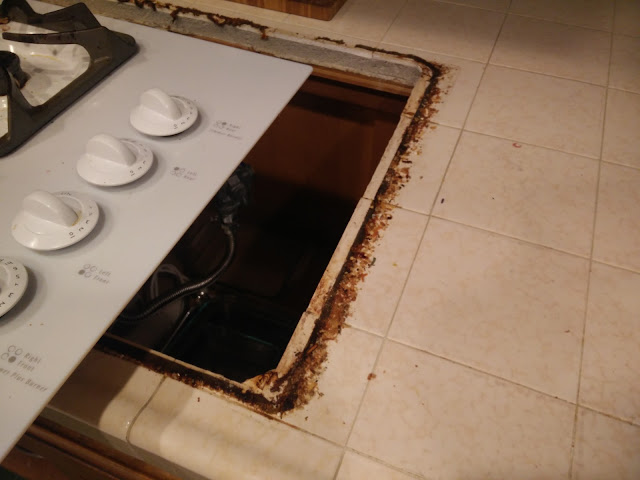 This would have been a simple swap, except the new cooktop is a 36" unit while the old one was a 30".  That meant I got to buy a diamond blade for my angle grinder. 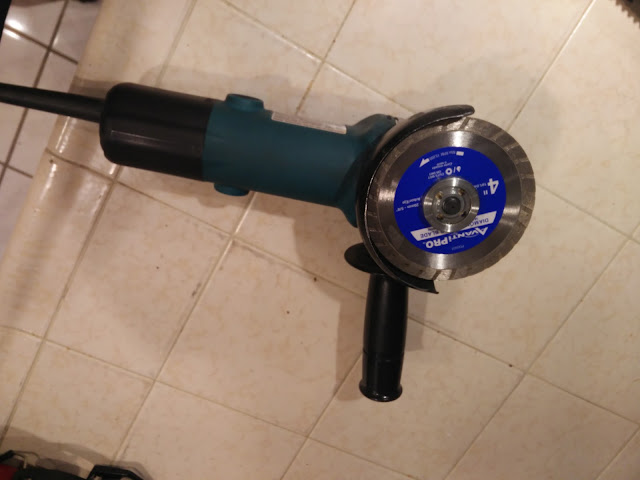 Unfortunately, the outlet for the unit (which enables the sparking function) was going to interfere with the new one, so it had to be lowered.
I carefully measured and marked where to cut.  This was mostly determined by the exhaust hood above. 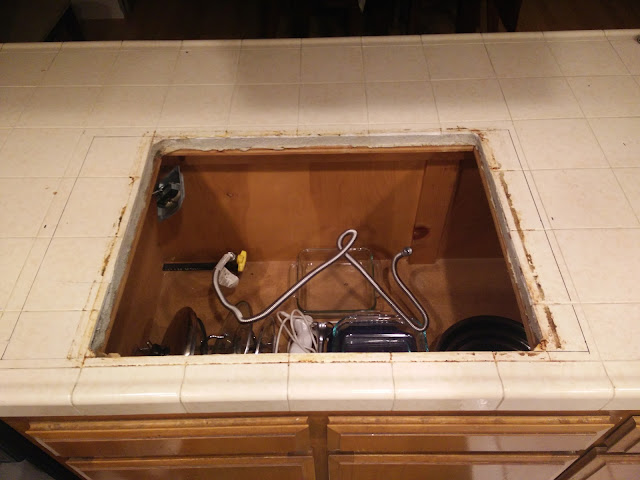 I actually used appropriate safety gear, because breathing ceramic dust or getting shards in the eye is no joke.  You can also see the towels I hung up to contain debris. 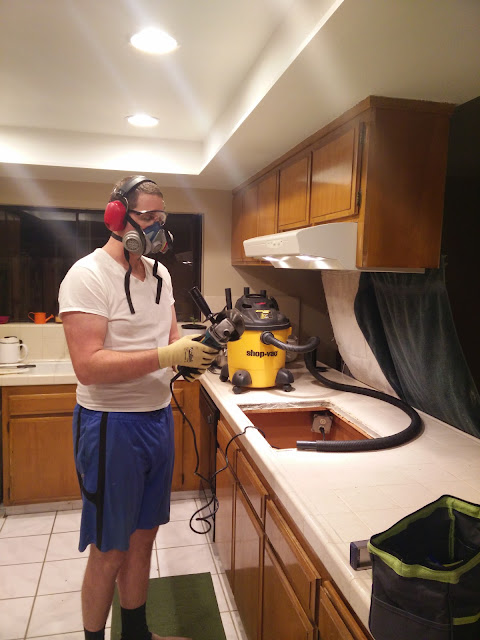 Here's the finished cut.  I used the Shop-Vac the entire time to try to capture as much dust and debris as possible.  It did a pretty good job, but there was still dust everywhere. 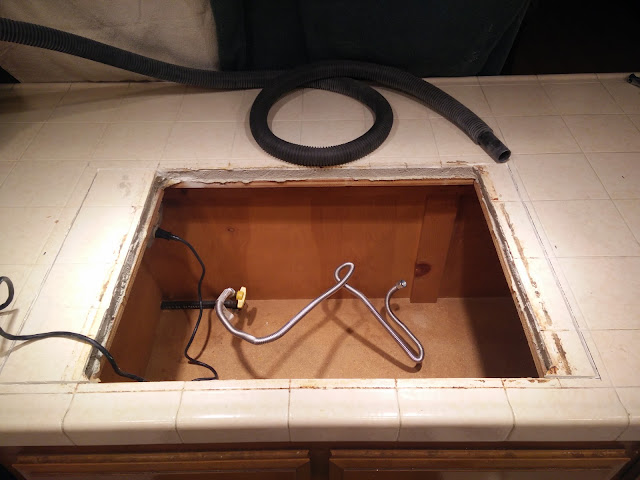 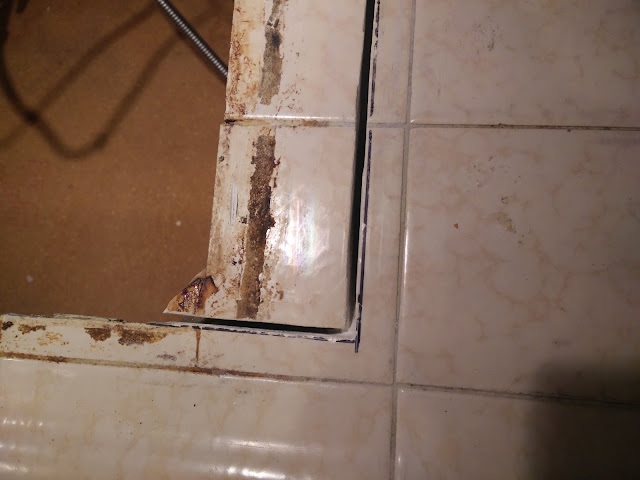 The next step was chipping out the unnecessary tile.  Chrissy helped with this part, and made a huge mess. 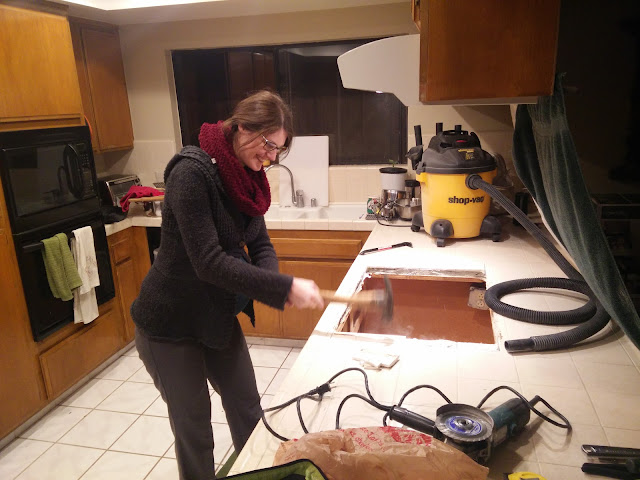 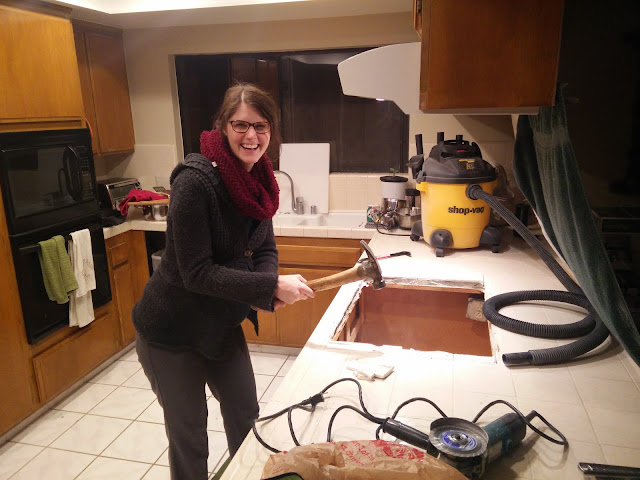 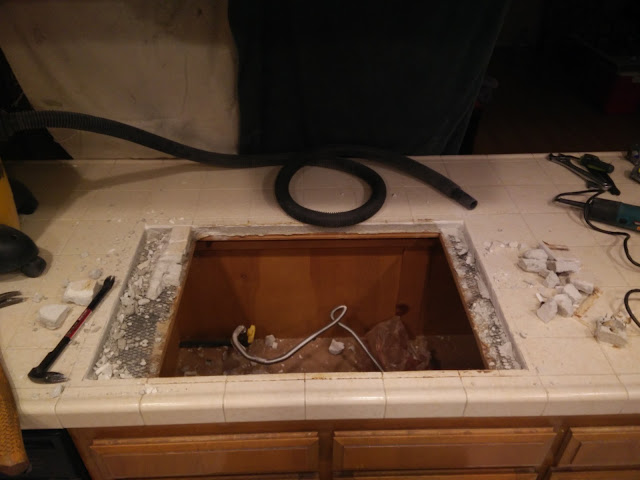 Once the masonry was out of the way, I just had to cut out the plywood. 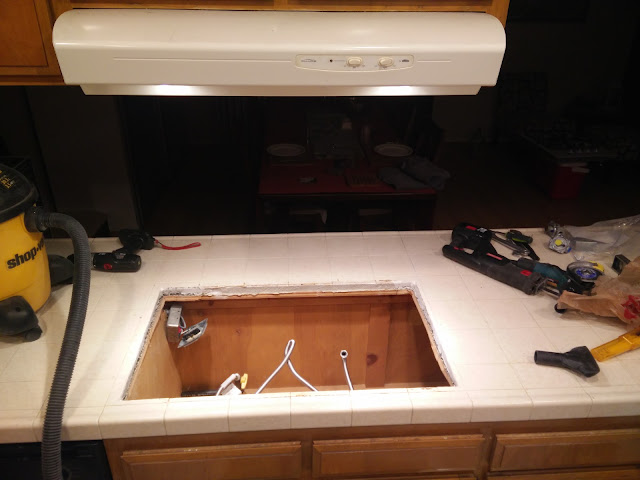 The cooktop slid right into place, almost as if I knew what I was doing. 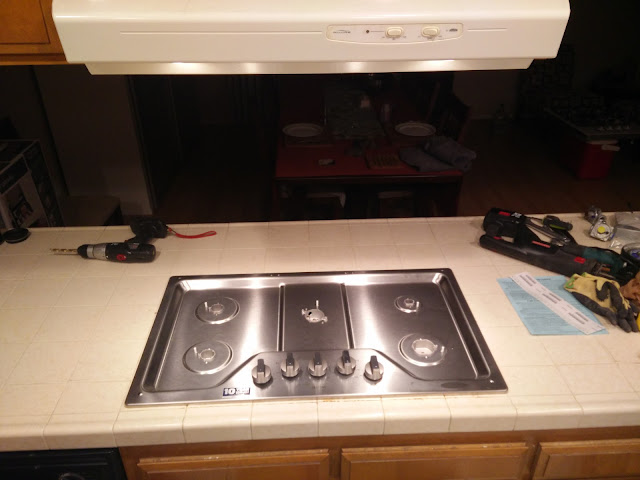 Here's the finished product, fully accessorized.
If you're curious, this is the model we got.  We paid a bit extra to get the nicer model with metal knobs.  Apparently the plastic knobs on the cheaper unit have been known to melt in certain situations.
Posted by Andy
Labels: Casa, Disaster, spruce, stainless, Stuff I don't like doing