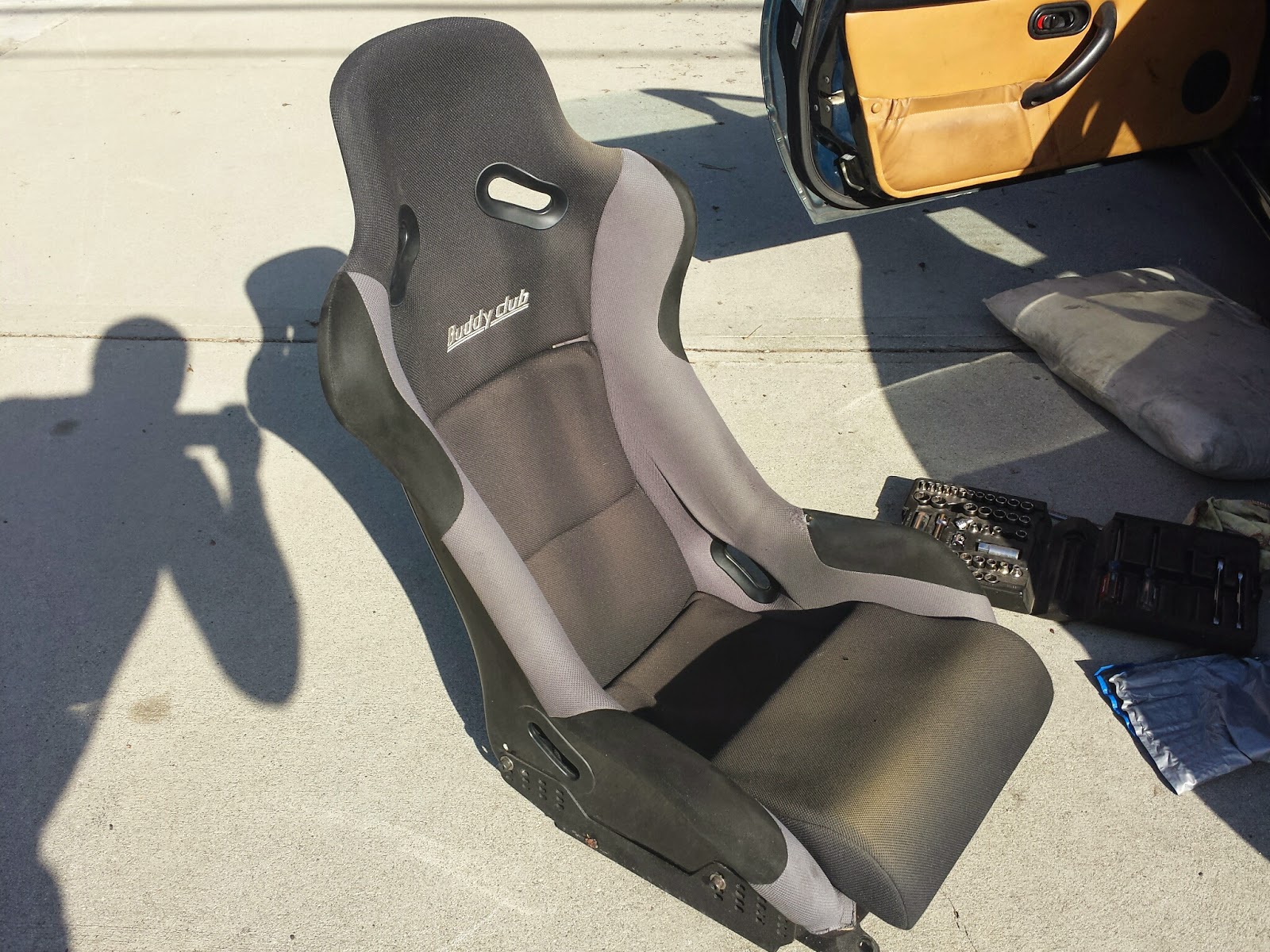 My seating position in the Miata was acceptable when we purchased it, but only with the pad removed from the seat.  After a long drive in Malibu and a sore butt, I decided it was time to lower the seat.  I knew it wasn't going to be too easy, given that the seat was hard mounted and was already as low as it was easily going to go, but I had a plan.

Here's the rear mount.  The seat is already mounted as far back as it can go, but the bolt is in the top hole, and there are two lower holes, begging to be used. 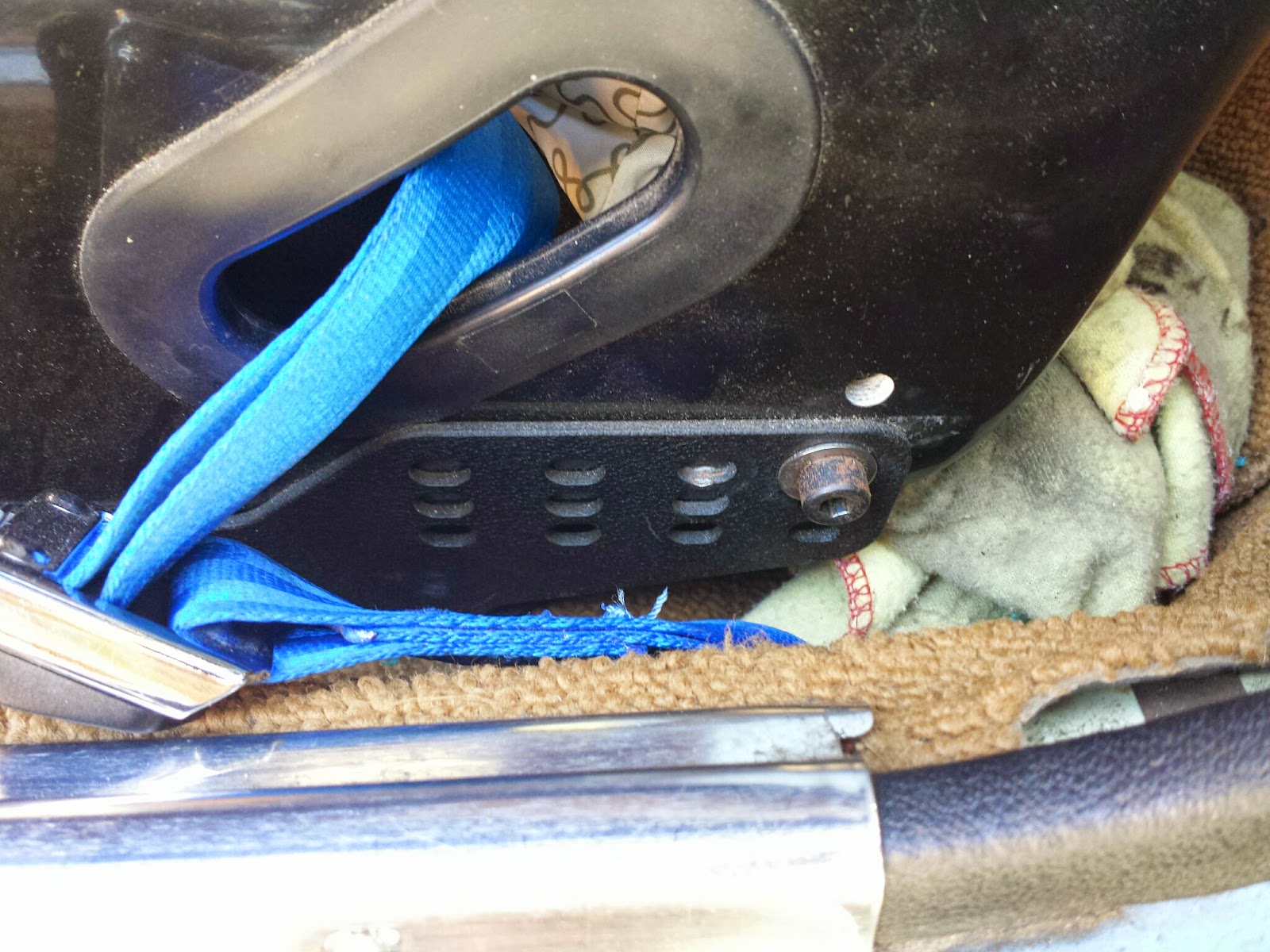 It was easier to remove the seat and mount together than to remove just the seat.  I did vacuum. 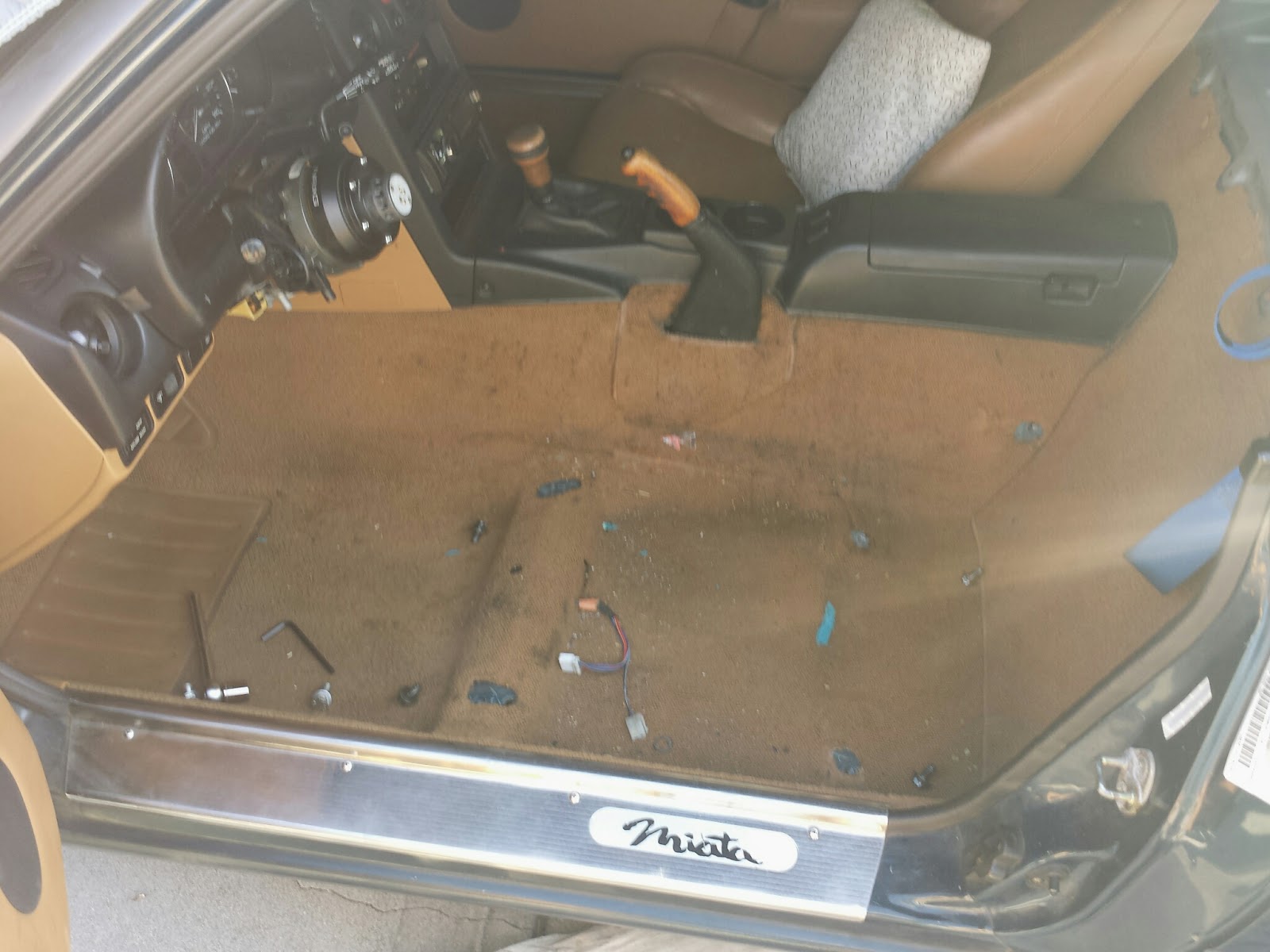 Here you can see my main obstacle.  The bottom of the seat was already hitting the cross-bar of the mount so it didn't want to go any lower, but I had a plan. 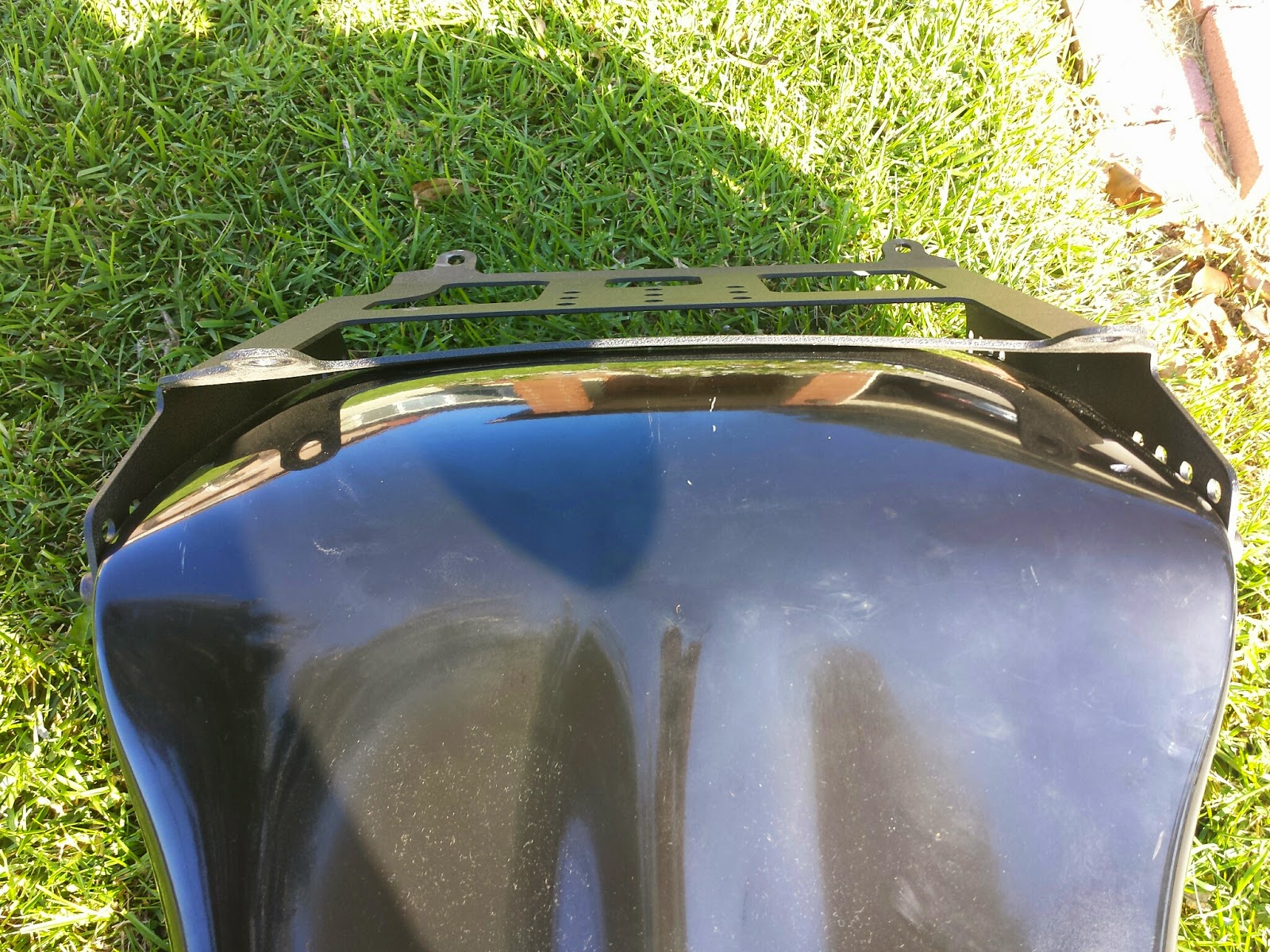 I put the mount back in the car and proceeded to wail on it with the largest hammer I could find. 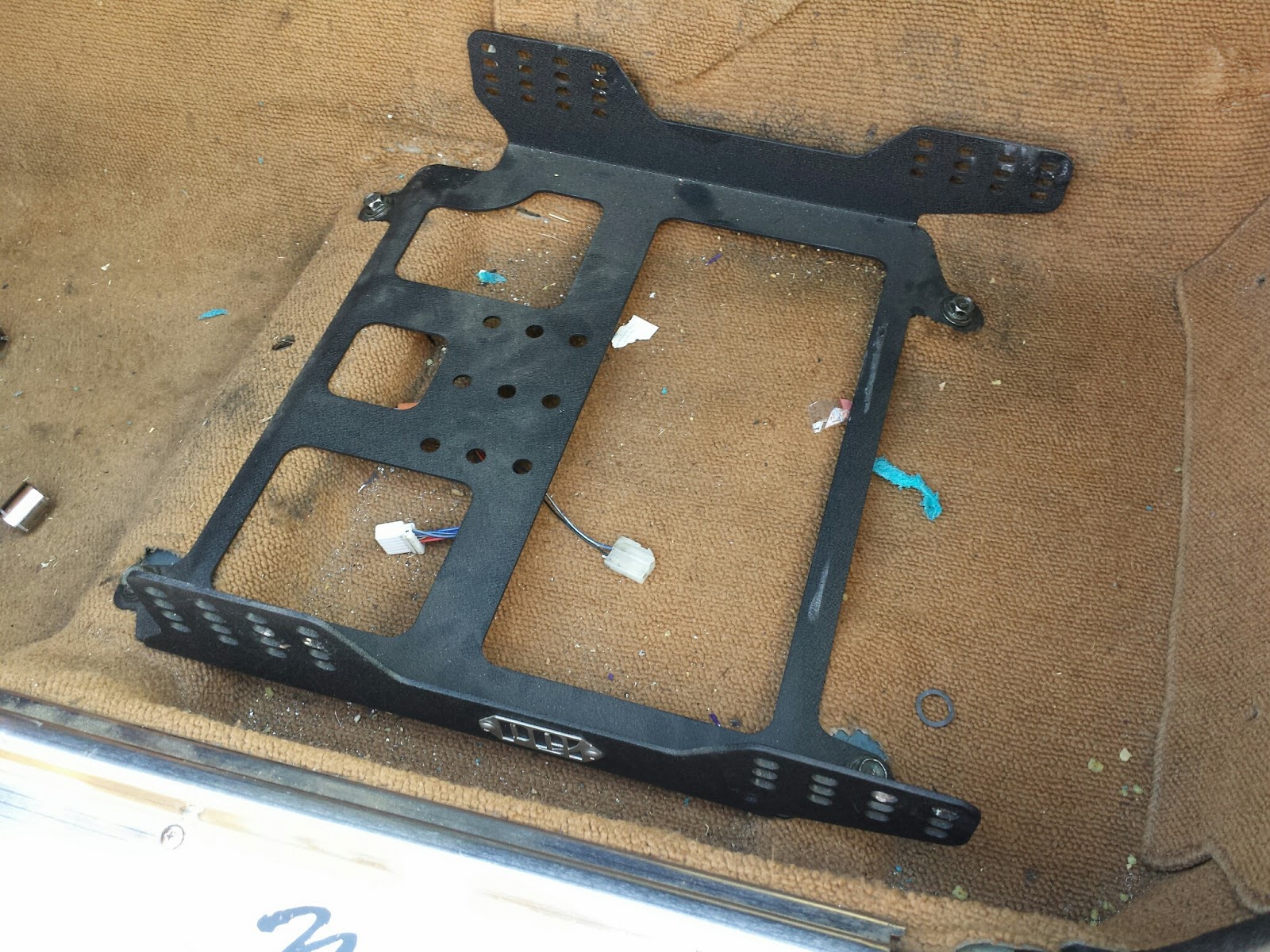 I forgot to take a picture right after the beating, but here it is after I touched up the paint. 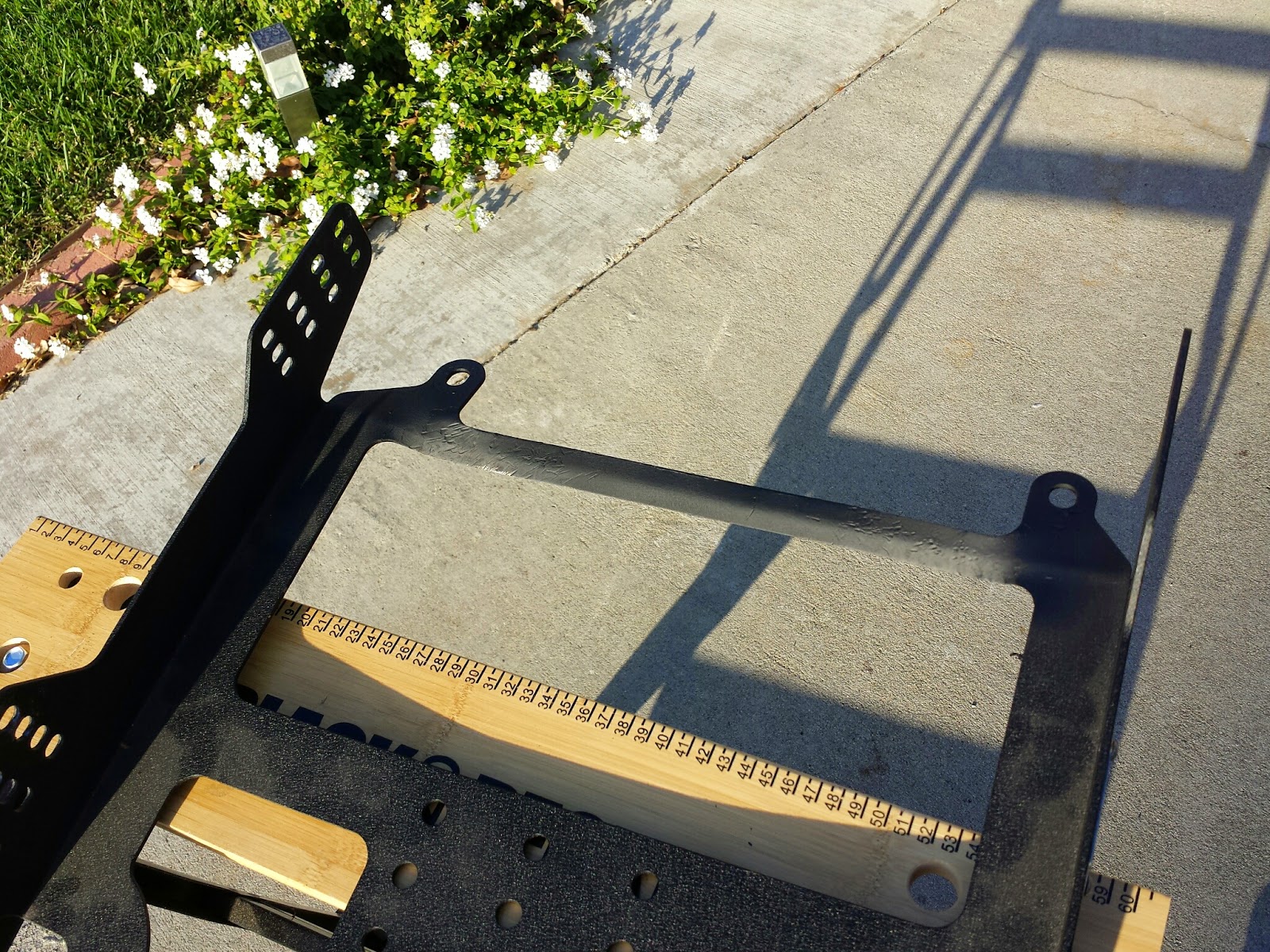 Here it is mounted on the seat. 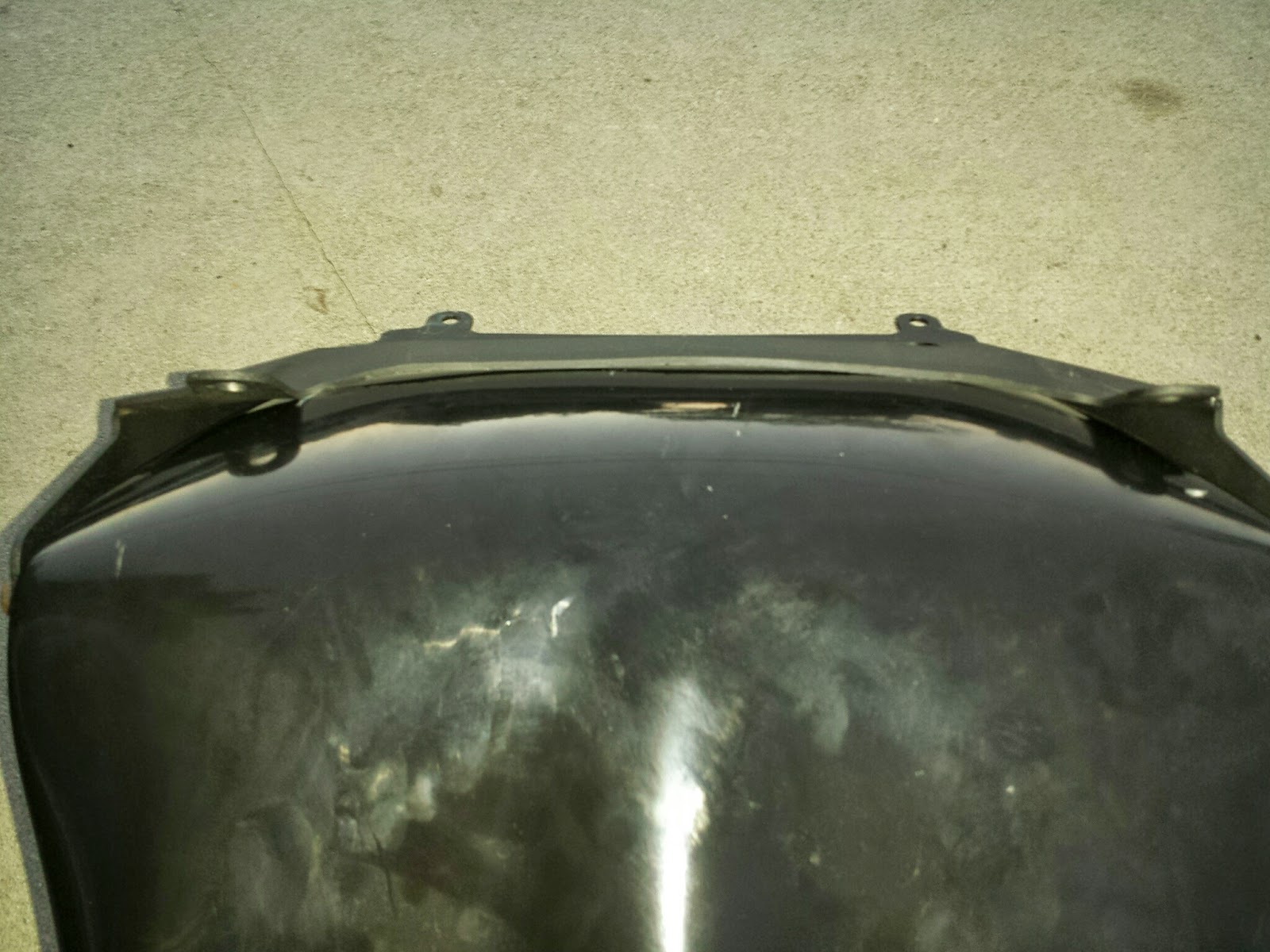 And here's the bolt, now one hole lower.  I can now sit in the car with the pad in the seat.  I might even be able to fit with a helmet if I remove the pad at track days.  I call this project a success 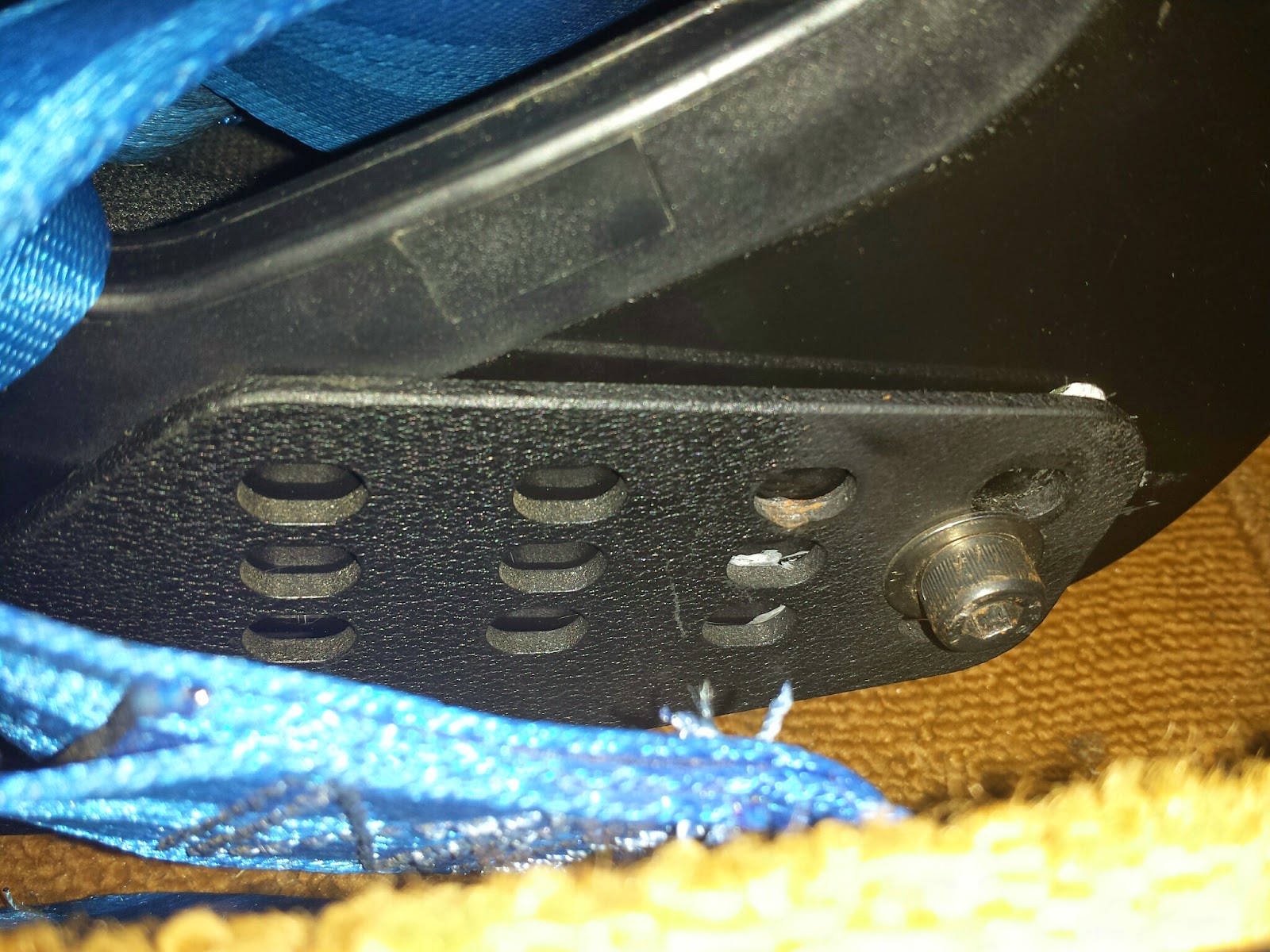