Our watering wand was attached to the hose for a long time.  After a while I couldn't unscrew it any more.  It wasn't a big deal because we didn't need to take it off, until the valve stopped working the other day.
The hose itself has been in need of a new connector for some time, so this is actually a twofer.

The first part was easy.  I cut a couple inches off the end and installed the new connector.  I even sprung for the fancy metal one. 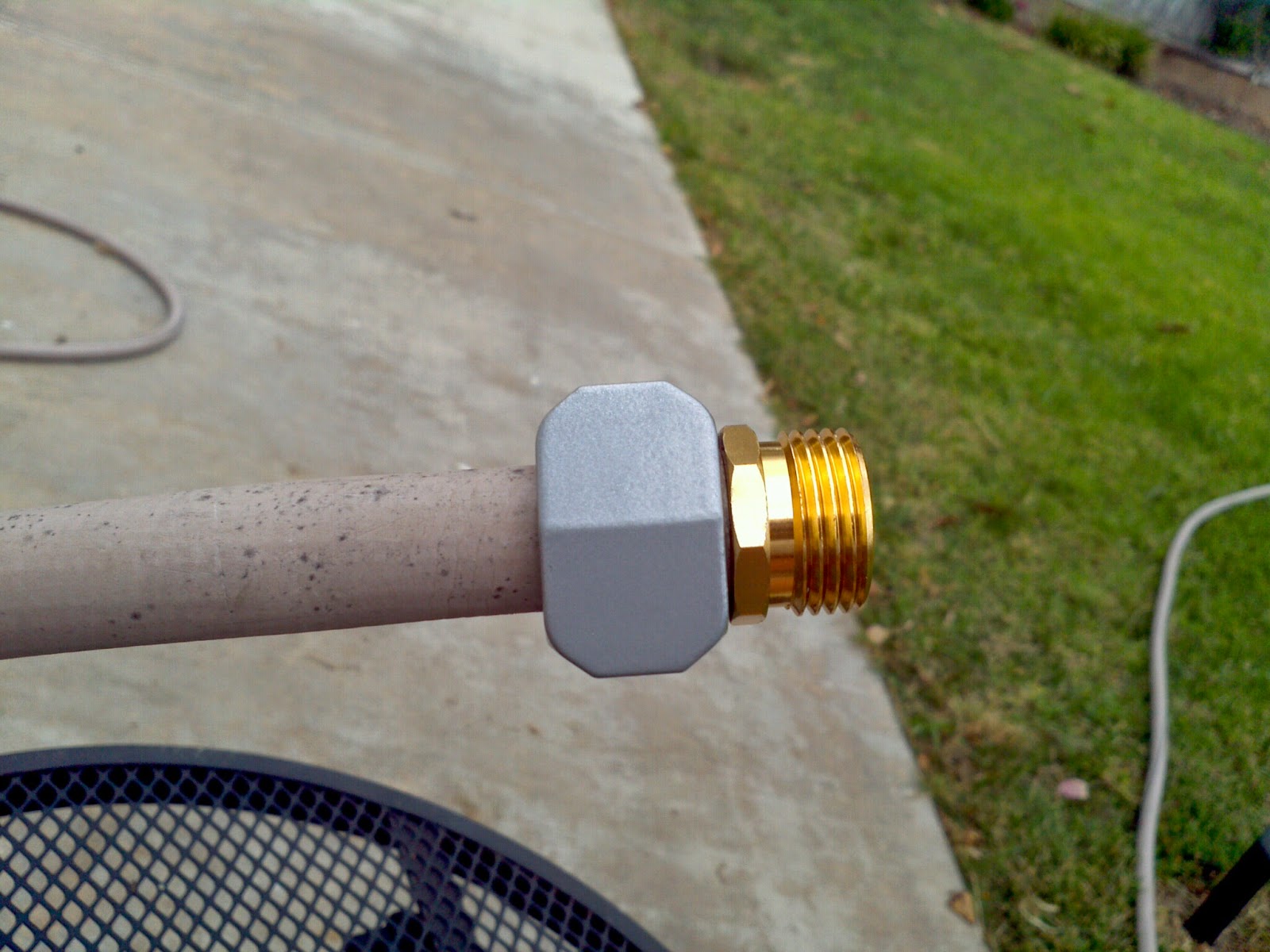 The next part was much more challenging.  Try as I might, I couldn't unscrew the old hose connector from the malfunctioning valve or the rest of the wand from the valve.  They all seem to have become welded together over time.  I soaked everything in vinegar, hoping it would dissolve the minerals holding everything together.
I tried to get the old connector out of the valve until the connector ripped apart, then I tried getting the wand off the valve, which worked.  So I managed to salvage the wand, but now it doesn't have a shutoff valve.  Good enough. 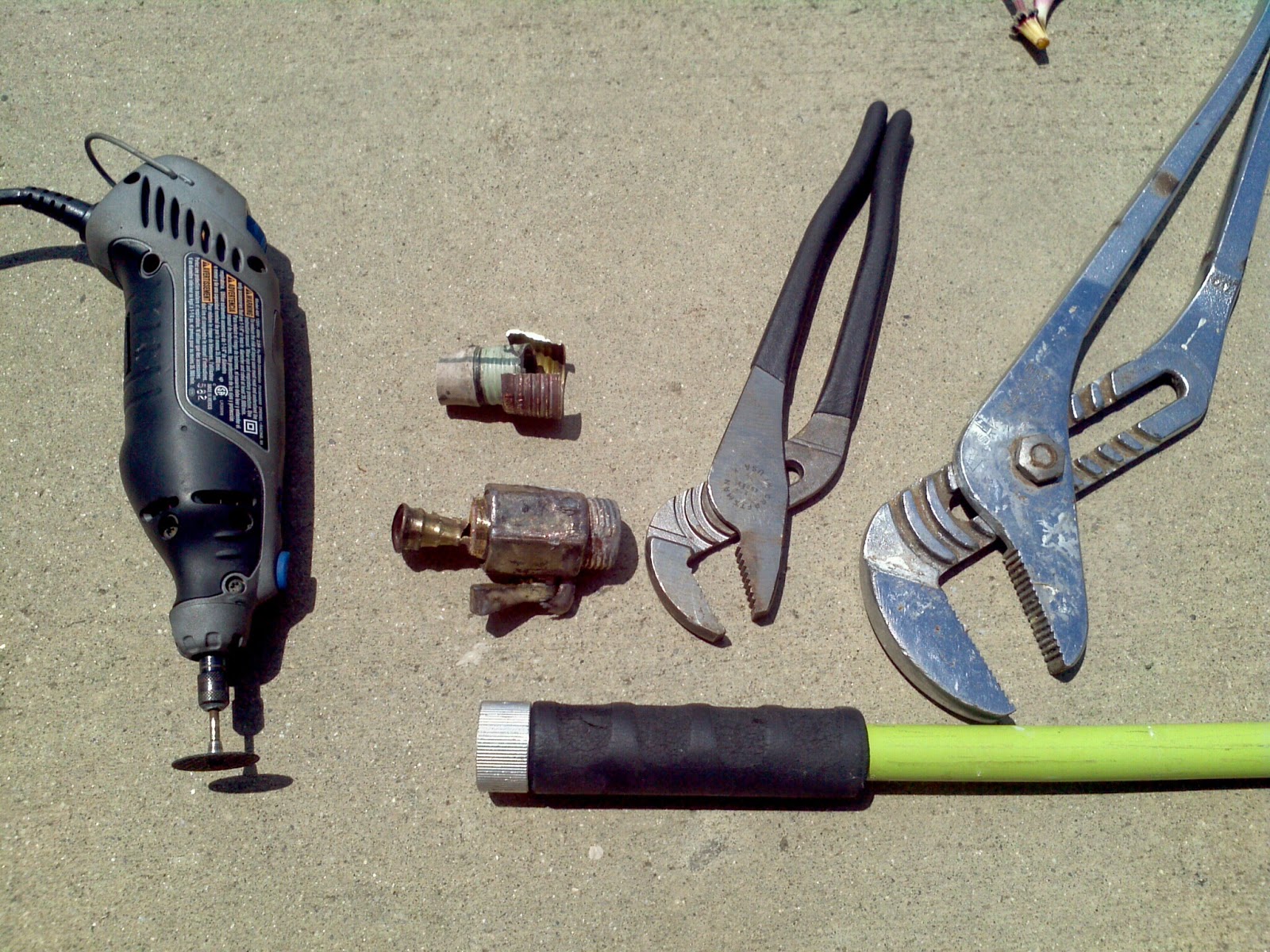