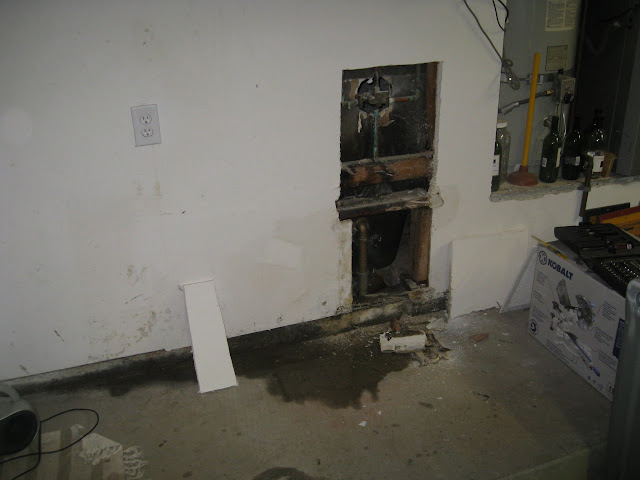 It was bound to happen, although, I wish it would have happened a little later; we had our first plumbing disaster.  The image above is just a glimpse, but I should start at the beginning.

It all started when Chrissy noticed the ceiling in the guest bath was bubbling a little.  We assumed it was due to our wonderful guests neglecting to use the vent fan when showering, thus not a big deal and nothing to be done. 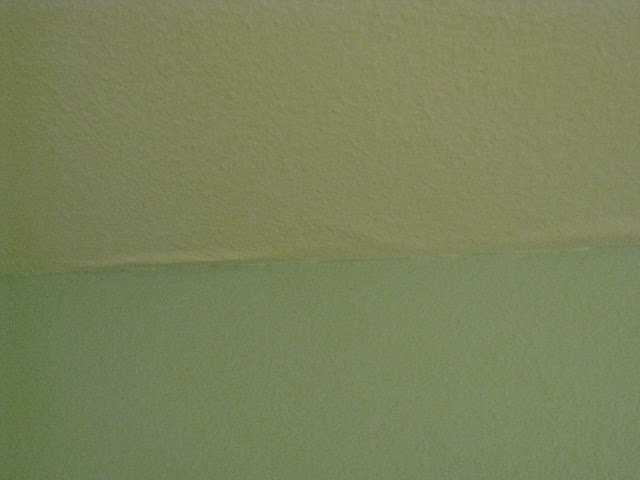 A couple days later I went into the garage and discovered a puddle.  There was obviously a bigger problem somewhere. 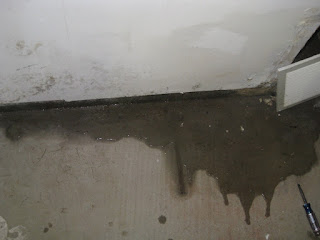 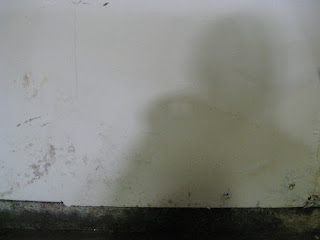 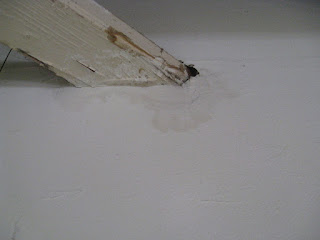 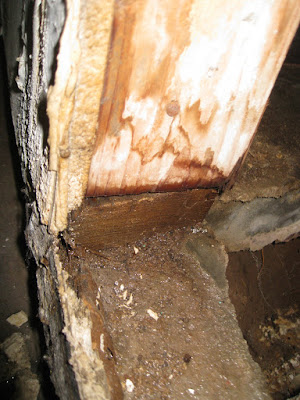 I initially assumed it was coming from the shower valve on the other side of the wall, so I removed the handle and cut the hole you see in the lead photo (ironically I had just patched a different drywall hole--post coming soon).  It was clear the water was coming from higher up, so I unscrewed the shower head and didn't find anything. 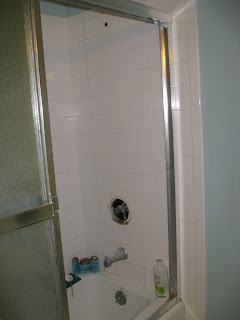 It had to be in the attic, so I crawled in.  At first I didn't see anything, but I moved some insulation and found a puddle. 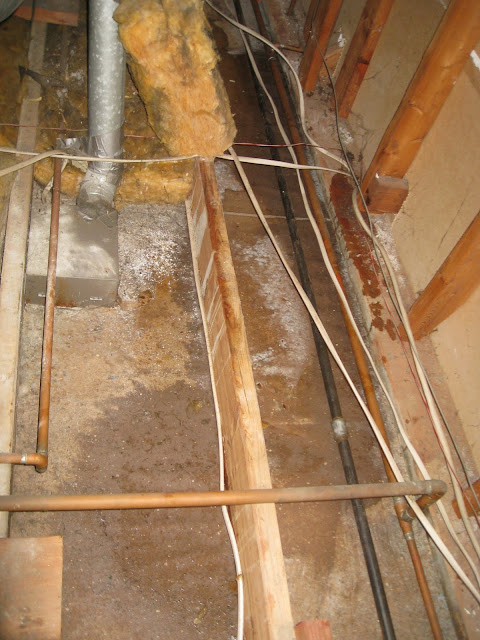 I couldn't find the source of the leak, but I eventually heard it.  I finally moved one more piece of insulation and found a pinhole leak in the copper pipe, letting out a steady mist.  I don't know how that happens, but apparently it does.  If you look really hard, you can see the stream in the pictures below. 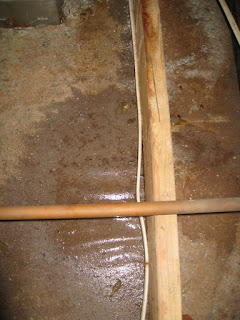 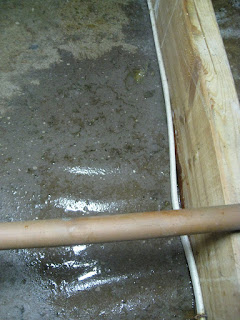 Now I had to figure out how to fix it, ideally without calling a plumber or burning myself with solder.  I remembered seeing a repair after a pipe burst at Greenfield Professional Building that involved a big metal clamp, so I was off to Home Depot.
Despite the employee not knowing what he was talking about I found the clamp I needed and headed home.
The installation was easy, aside from the bolts being too long to allow me to use a ratchet. 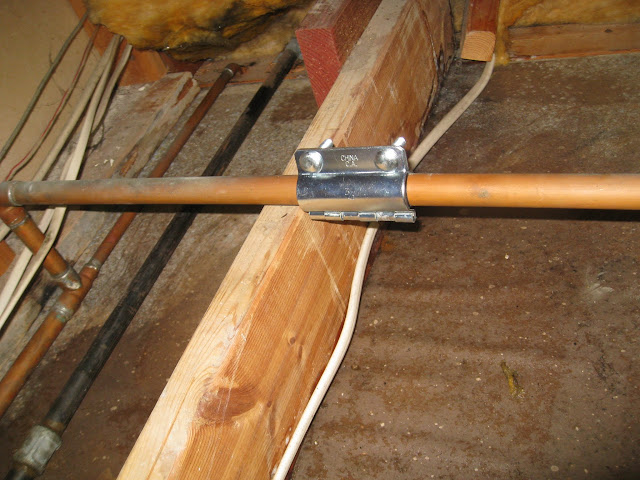 The final step was to somehow dry the mess and hopefully prevent horrible, horrible mold, which seems to have already started forming (gulp).  I figured airflow was key, so I grabbed our fan. 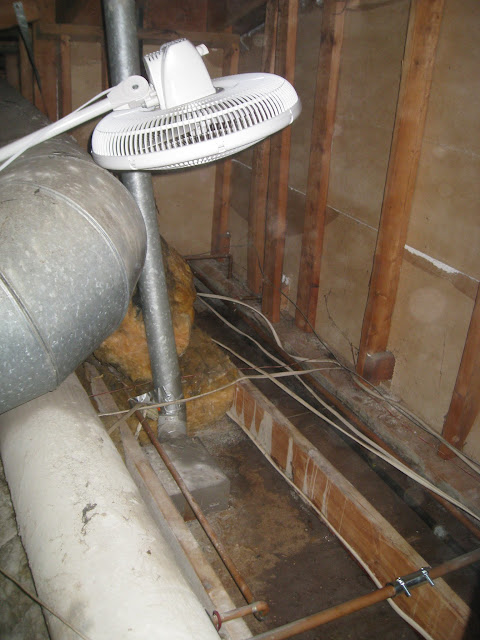 So far, the fan seems very effective, as does the clamp.  Hopefully it holds for a long time.

I'm a bit unsure what to do about the water damage.  I'm thinking we should let it dry and go from there.
Posted by Andy
Labels: Casa, Disaster, Stuff I don't like doing