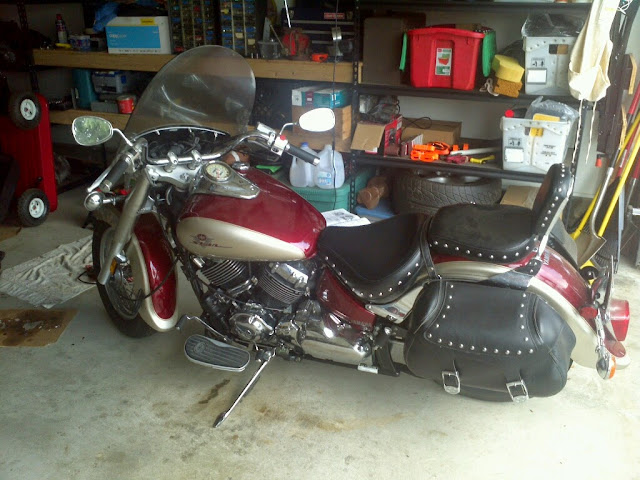 The Yamaha has finally been put back together.
I had all the parts on hand, but didn't have the time until the 4th of July weekend to button everything back up.
The most miserable thing I had to do was also the first thing--remove the bits of old gasket from the alternator cover and crank case.  I spent about an hour scraping things with a razor blade on Friday.  That is all I could do before my back started to ache, so I stopped there and worked on other projects.
I got back to it on Sunday and continued scraping.  It got so tight I had to snap a razor blade in half to reach some areas. 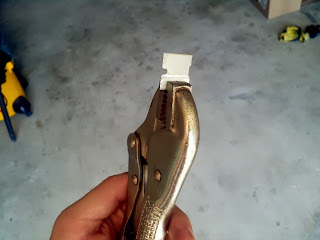 I also started charging the battery using the charger I inherited from my grandpa, which has only been run over by one car. 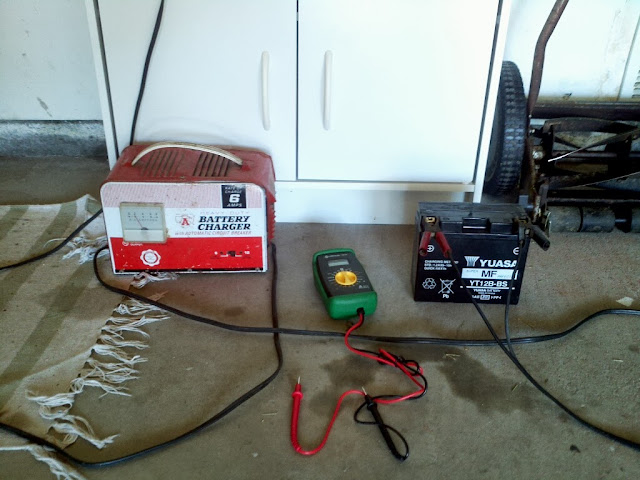 After getting the old gasket cleaned off to my satisfaction, I started bolting things back together.  First was installing the new stator in the cover. 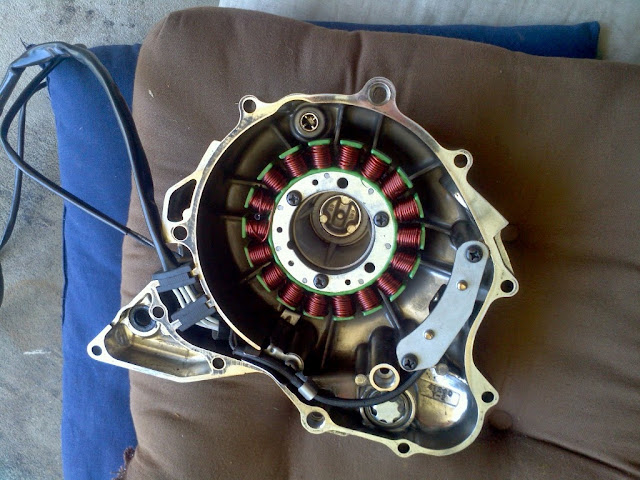 I installed the new gasket and with just a little struggle, bolted the cover back on.  I even got to use my new torque wrench to tighten it up.  Running the wiring wasn't as bad as getting it out.  I'm not too sure why, but it went pretty smoothly.
After that, everything else bolted up pretty easily, with only a little struggle on the kickstand and it's position sensor.
After putting everything together, I did the best I could to run through all the systems in my head to make sure the bike was ready to ride.  I did adjust the clutch cable a little bit because it was dragging slightly, but I thought it would probably loosen up when I the engine was running and it got some oil circulated.
It fired up relatively easily, considering it hasn't run in nearly a year.  As I predicted, the clutch worked perfectly, as did the rest of the bike.  Unfortunately, I am not certain the repair is working.  We will see how the electrical system performs over time, but I may well need a new battery, since mine is a few years old and has been sitting with a low charge for a while.  We'll see what happens.
Motorcycles wouldn't be so exciting if they were totally predicable.

Posted by Andy
Labels: motorcycle, Stuff I don't like doing