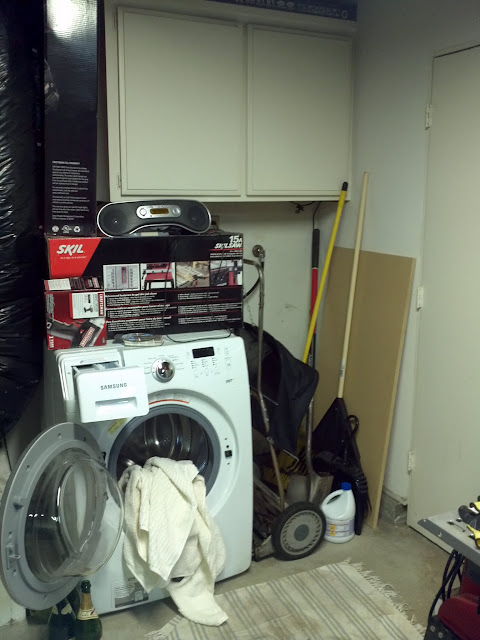 As I think you know, we purchased a washing machine shortly after moving in.  We did not buy a dryer; just a clothes line.
It just so happened that Chrissy's uncle is upgrading his washer and dryer and he was kind enough to give us his old dryer, which, as far as I know, works perfectly fine.

We could have easily placed it next to the washer, but we want to install a utility sink, and that is just about the only location one could possibly go, so we decided to think vertically.
The first step was to remove the large cabinet you can see above.  That was a miserable job that entailed pulling about 30 nails buried deep in the wood.
Next, we needed to come up with something that would hopefully prevent the dryer from falling off of the washer.  We decided to put a plank of wood (leftover fencing) under each side of the dryer, which would prevent a single foot from slipping off.
Chrissy even used a router to create a divot for each foot.  The end result looks like this: 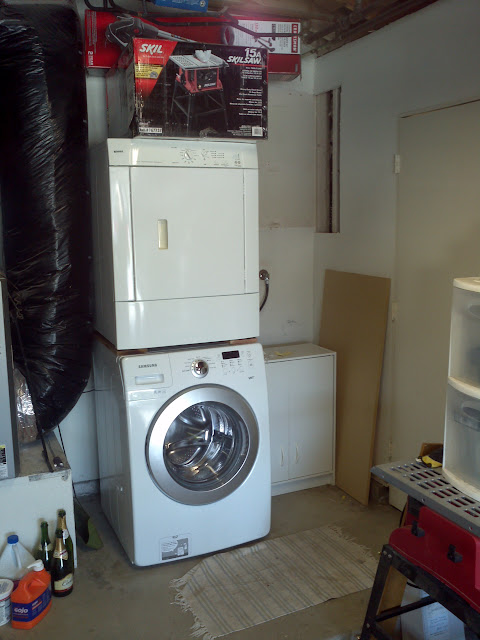 The last step will be to mount that small cabinet (which came out of the guest bathroom) and install the sink, probably with the assistance of a professional.