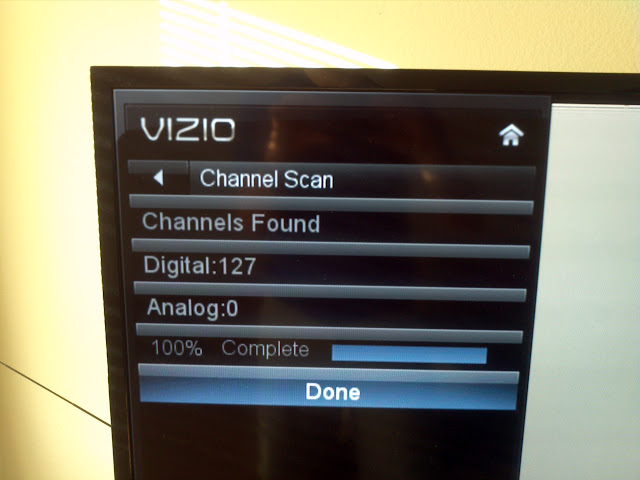 Some would say it's silly to host a Super Bowl party if you don't have reliable television reception.  I saw it as motivation.

After inviting all of our friends over for the party, I ordered a reasonably sized outdoor antenna on Amazon.com.  I originally planned on mounting it in an inconspicuous place somewhere outside, but when it arrived there was a picture of it in an attic, which made me remember that is a thing people do, and it would work quite well for us.

I proceeded to start assembling the antenna but paused and finally stuck my head into the attic.  To my surprise, there was already an antenna sitting there, twice as big as the one I had bought. 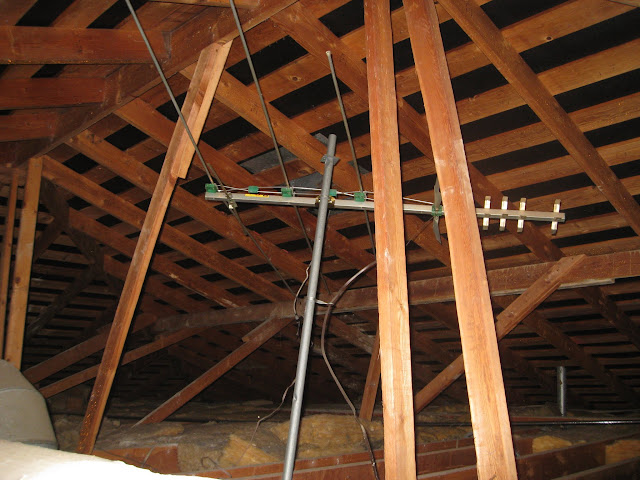 At this point I had to re-evaluate my plans.  I had Chrissy crawl into the attic and trace the lines, and eventually pull them out of the dining room wall.

This was the old style of wiring with a half inch of flat plastic separating two thin wires.  A quick trip to the local electronics store secured me an adapter that terminates in a coaxial connection.

I then rerouted the coax cable that was already coming into our living room from the side of the house to one of my attic vents and connected it to my little adapter.

The moment of truth came when it plugged it all into the TV and scanned for channels.  As you can see in the lead photo, it (miraculously worked and) found 127 channels, many of which are in crystal clear hi-def.

Great Success!  We are now ready for the big game.
Posted by Andy
Labels: Casa