Editor's note:  These projects were completed before Hope arrived.  Since she was born we have accomplished nothing.

Want to know about all the stuff I've gotten done since being on leave? OK! Check out my projects:

The first thing I tackled was a "pouf" footstool for the nursery to go along with my vintage rocking chair. I searched everywhere for a reasonably priced one (<$40) in a fabric I liked for the nursery. I had zero luck; every time I'd find something I was OK with and it would be over $100. Why? It's a footstool! Luckily, I have a completely legit sewing machine (thanks Hubs and in-laws!) and I have an awesome designer friend who gifted me some luxe upholstery fabric. It is white but it seems incredibly stain resistant, and has a beautiful texture and some reflective bits. Plus it matched my nursery very well. I also needed the pouf to be Hope resistant. As in, I imagined a toddler running full speed at it and throwing herself onto it. It needed to be soft and sturdy! My solution--I sewed two oval pieces (top and bottom) to a big rectangle piece (center) and filled it up with bean bag filling. I packed it densely so it wouldn't be a mushy mess and then crammed some batting on top of that to ensure it was packed really full. The end result is a sturdy but soft and beautiful footstool. Total cost was the cost of the bean bag filling $12.
Since I had plenty of that "pouf" fabric left, I thought I would whip up a headband stand. A cute way to display the fun headbands Hope was gifted at the shower. I used an empty oatmeal container, spray adhesive, hot glue and BOOM: Done. This project took very little time. I cut the fabric to size (done scientifically by rolling the empty container over the fabric) and used spray adhesive on the back to press it against the oatmeal container. I hot glued the edges into and under the container then (because my fabric is thick) I glued the lid on top. My final touch was to glue a ribbon (from a gift from the shower) to the top. Total cost: Free.
Speaking of using gift wrapping from the shower, I received several bags that were too cute to simply re-gift later, so I picked out a few I liked the most to hang as art in the nursery. I have only framed one so far. The frame with the little bird that says "Hello Little One" was perfect in so many ways to adorn the nursery shelves so a little snip, toss it in the frame, and done. The adorable framed "you are our greatest adventure" was a gift from my bestie who also hosted the shower for me.  Cost: Free 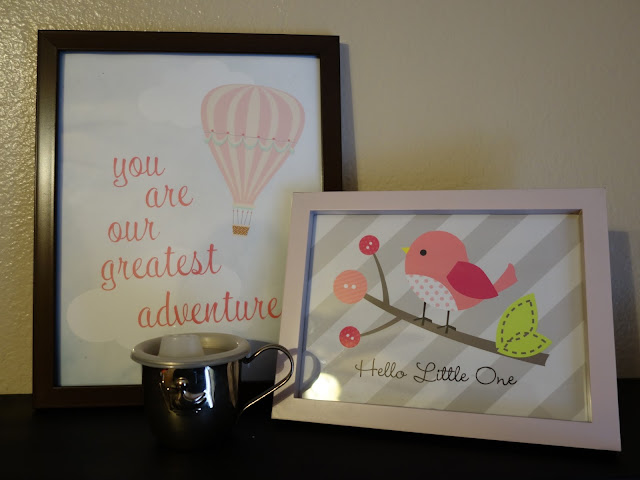 I had some old clay pots laying around, I believe from the previous home owners. They looked sad, so I added some pretty metallic paint to freshen them up and tossed in some cute indoor plants. Cost: $9 for the plants. 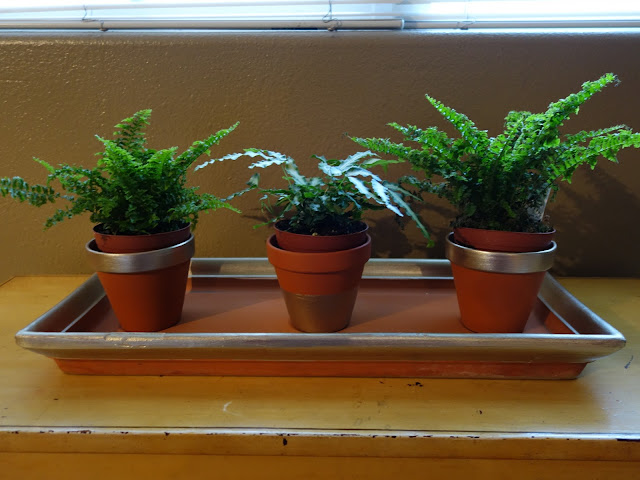 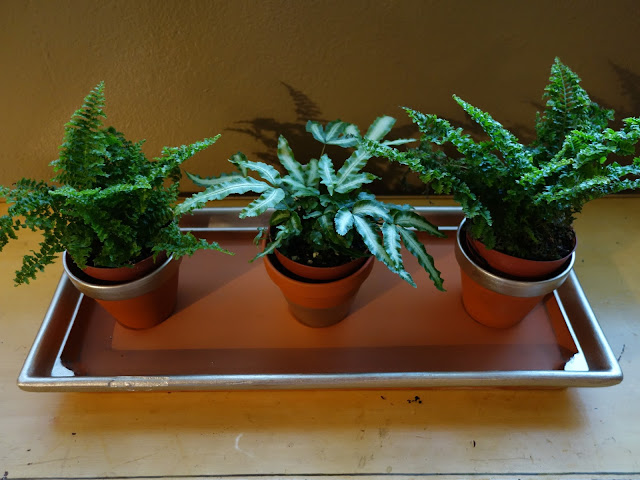 My final project (as of now) was a photo album (or four). I make a photo album every year, usually just one, but in 2014 we had an epic and lengthy trip to Europe and I thought it justified its own album. However, I never had the free time to sort through the hundreds and hundreds of photos we took. So, with the peace and serenity of maternity leave I set out to complete the book. First, I decided that not every photo was going to be perfect, or included. So I just started loading the pictures that caught my eye into a single folder. I uploaded those, organized them by day of the trip/location and filled the pages. Then, I spent an absurd amount of time curating the photos and adding captions and cute decals (I had double the number of standard pages). I took advantage of a great 40% off sale, threw in a $20 off coupon and had that puppy shipped over! Cost: blood, sweat, tears and about $40. The other books in the queue for ordering: 2015 Album, Pregnancy Album, and Hope's baby book. The 2015 album is still being worked on (not too crazy since it is only January), the pregnancy album is done through today (I just need a final bump picture, a delivery story, and Hope's first picture), and the final book, Hope's baby book, will span over a year. Instead of handwriting in details to an already printed book I've opted to be completely digital, update it monthly and print it on her first birthday (whenever that will be!). I'll let you know how that ends up working out with a newborn in the house. I'm not too concerned because, well, you guys know me pretty well and you know when I want to do something, I do it. 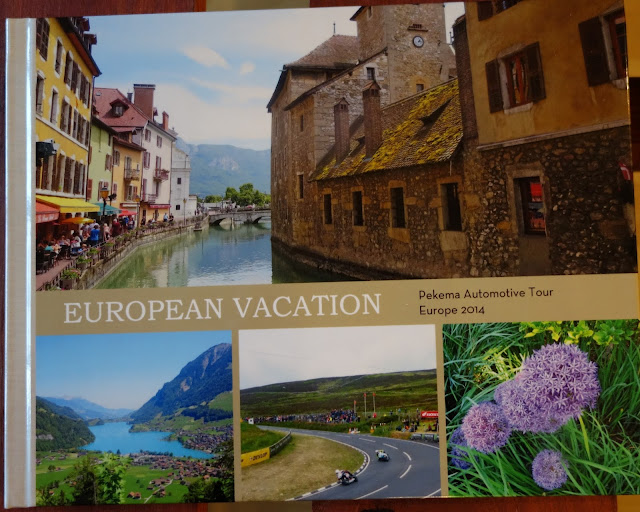