We started having trouble with the toilet in our master bath, again.  There seemed to be a slow leak, so it was constantly running.  I didn't see any water draining into the bowl, but that had to be the problem.  It turned out the zip-tie that holds in the fancy dual-flush unit broke (just like it did in the guest bath) and was caught in the gasket, causing a slow leak.

After removing the broken zip-tie and replacing it with a sturdier one, I adjusted the float level and thought I was good.  I wanted to get the water level a bit lower, but the float type wouldn't allow it, which bugged me, but I was happy to have the leak fixed.  I left the lid off so I could monitor everything for a while.  A day later, I discovered the water level was very slowly rising and running into the overflow pipe.  Who knows how much water was wasted.

I happened to have a spare valve on hand because I unnecessarily replaced it in the other bathroom.  Long story, that I won't go into.  Oddly, I can't find a blog post about it.

The first step was draining the tank and removing the old valve.  I recommend having plenty of old towels on-hand. 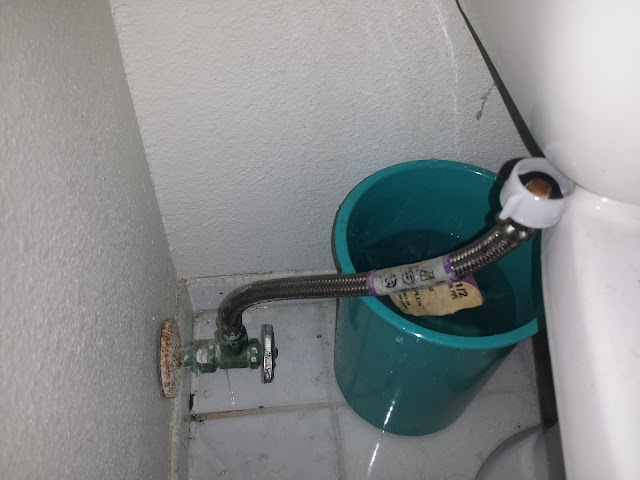 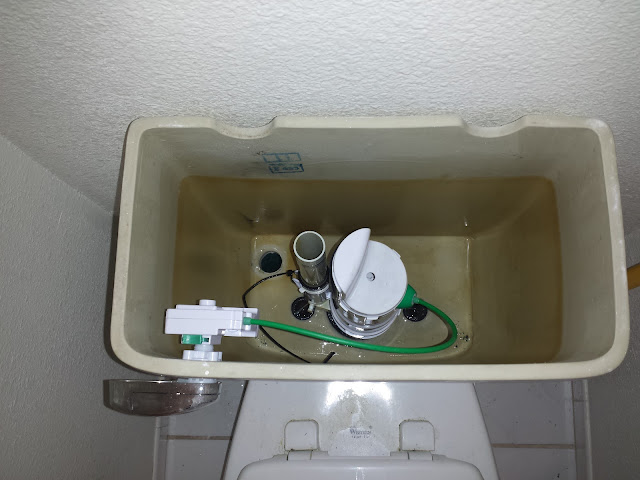 Once that was done, installing the replacement valve was a cinch.  So far there's no leaks and I was able to dial in the exact water level I wanted.  Success.