When I removed the glove box, I noticed some HVAC equipment behind it.  I figured it needed to be there to make the vent work, so I didn't touch it.  Some time later when I was under the hood, I noticed a couple fittings coming through the firewall, which I assumed used to carry A/C fluids.  I then realized the thing under the dash was the evaporator, which no longer served a purpose, so I decided to remove it.
The process was pretty simple.  I just had to remove the glove box brace then undo the two clamps, two connectors and two nuts (one of which was a pain) and it pulled right out.  I referenced this and this site. If we want to use the vents or heater, I will need to buy one of these from a non-A/C car to fill the gap where the evaporator was.
I covered two holes in the firewall and one in the transmission tunnel with duct tape.  Official plugs exist, but all sources indicate tape is fine. 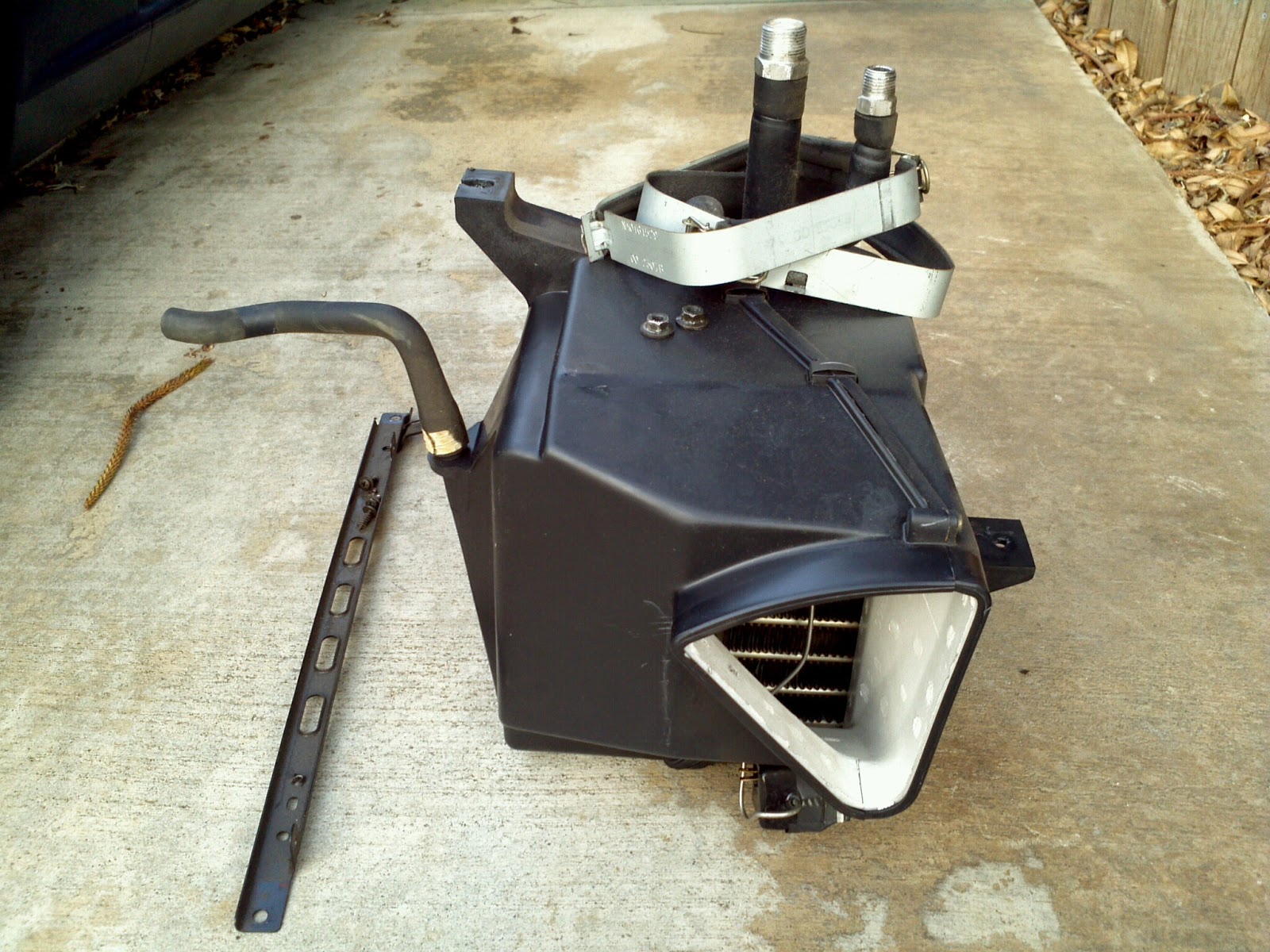