After the success of the ceiling fan in our office, we decided it would be nice to have a fan in the master bedroom.

This is how we prepped for the impending drywall mess. 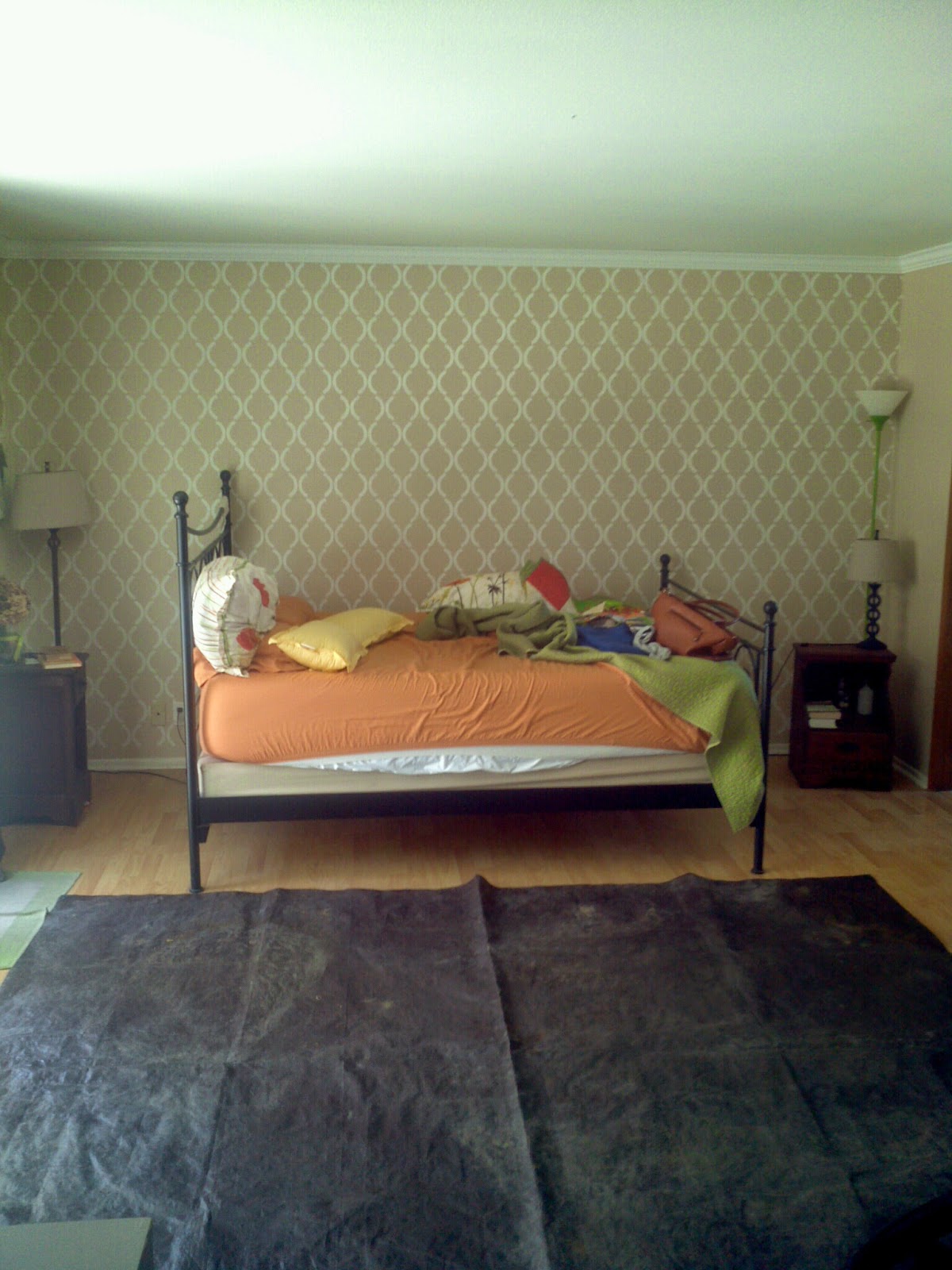 While in the attic for the previous fan, I had investigated the wiring in the bedroom and determined I could intercept the wiring from the existing light switch to power the new fan.  Unfortunately, that would still involve a lot of time in the attic.  I started by cutting a circle. 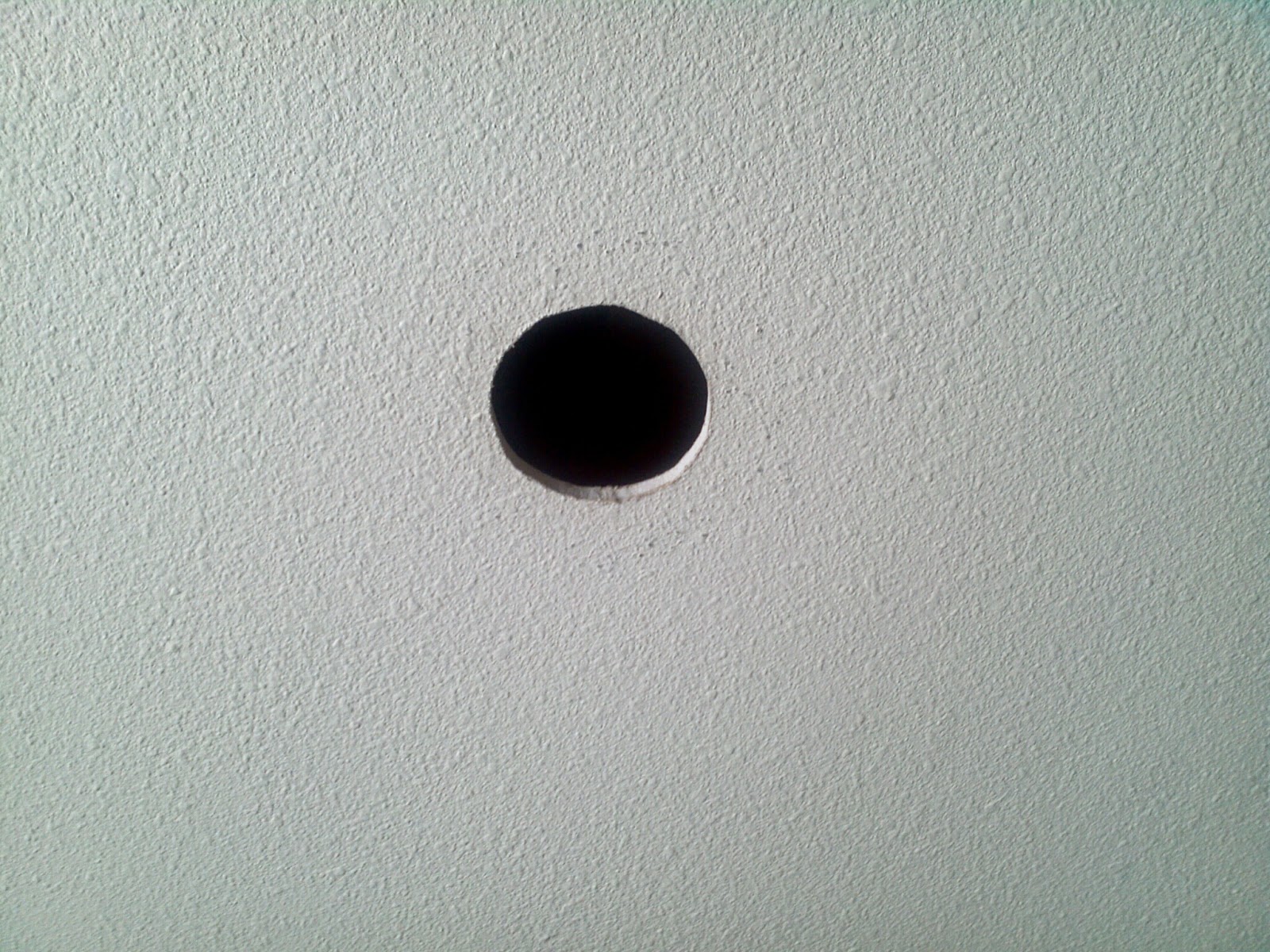 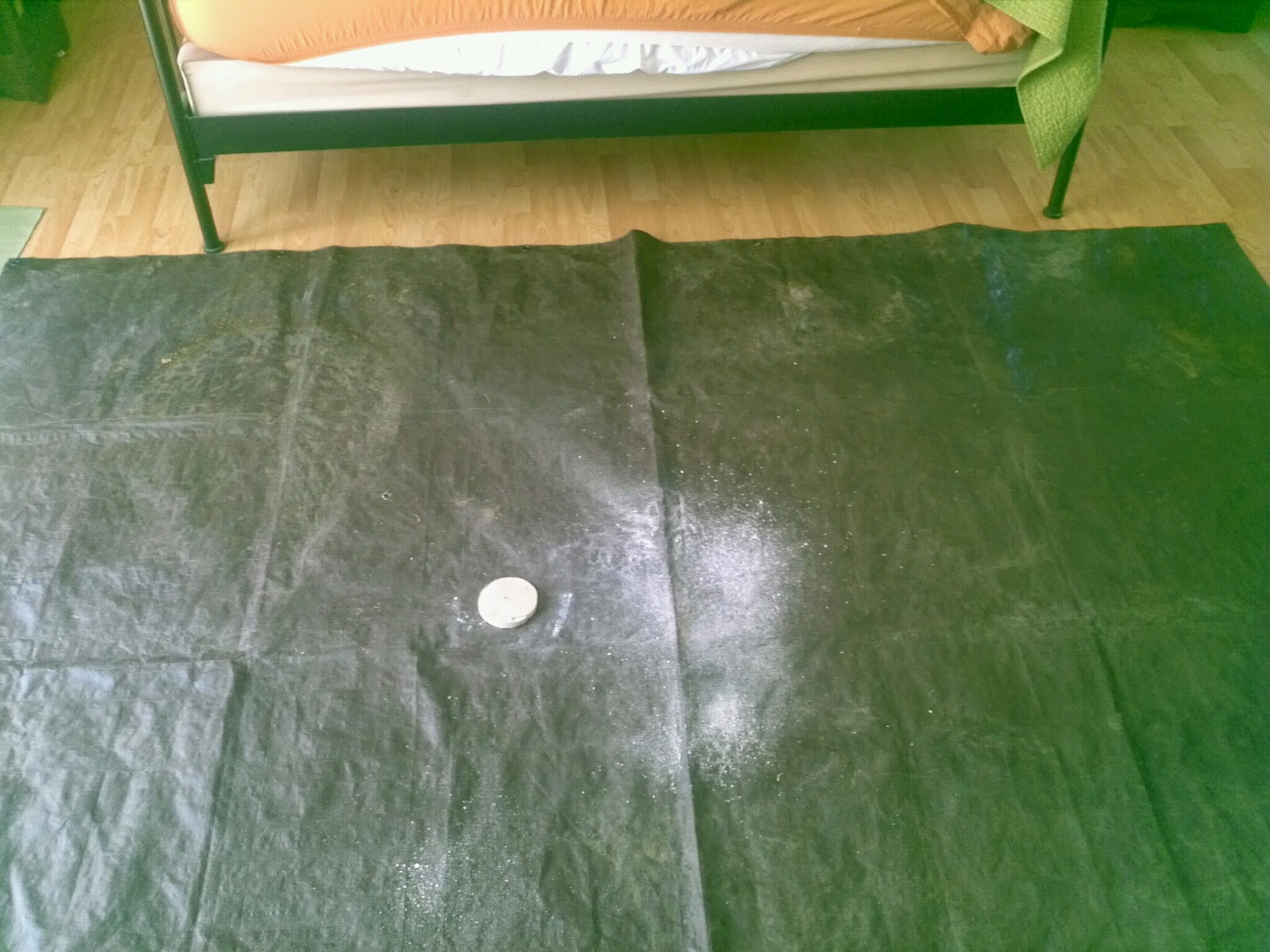 I then had to install another receptacle to hold the fan, which was just as miserable as the last one. 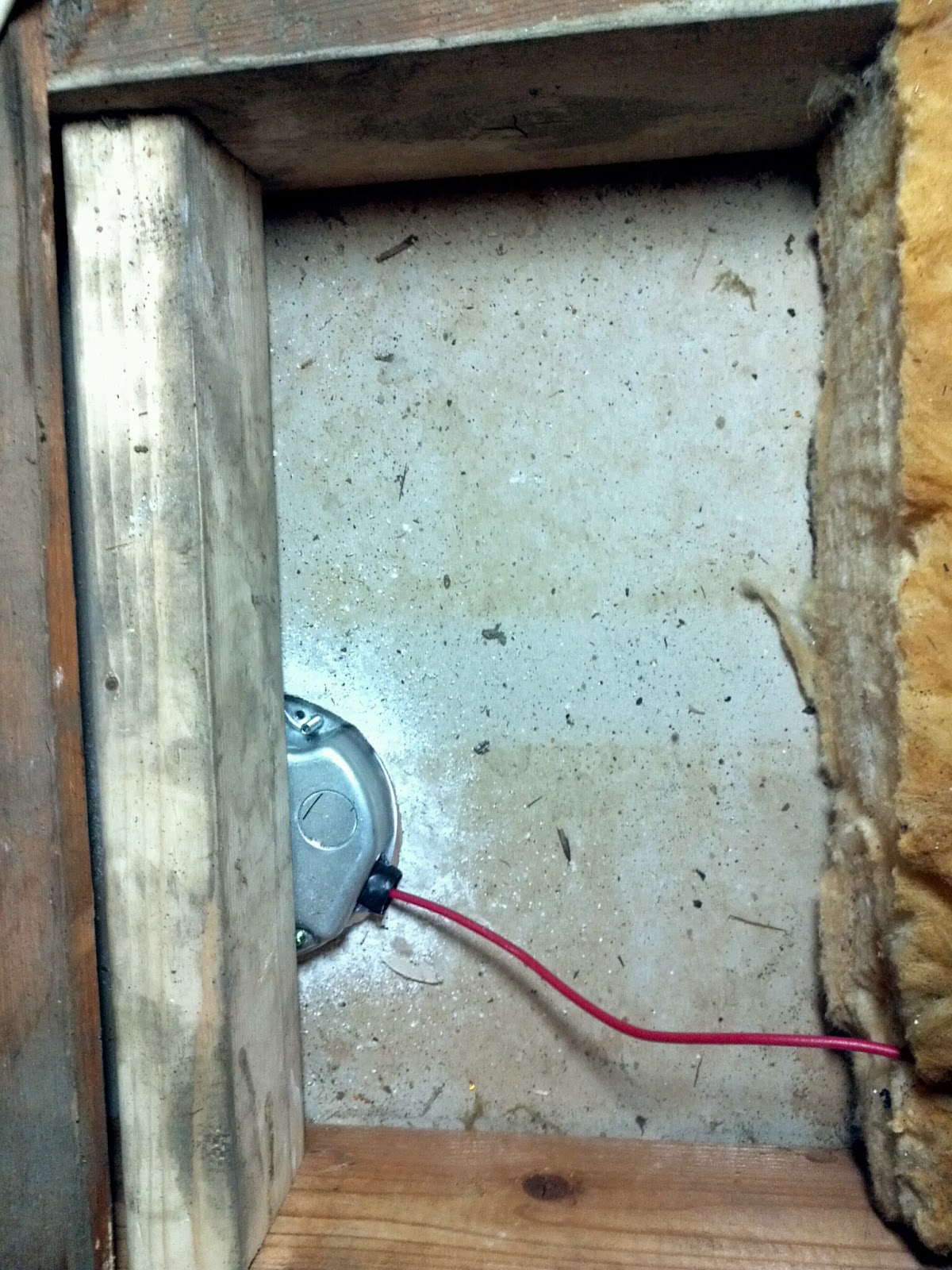 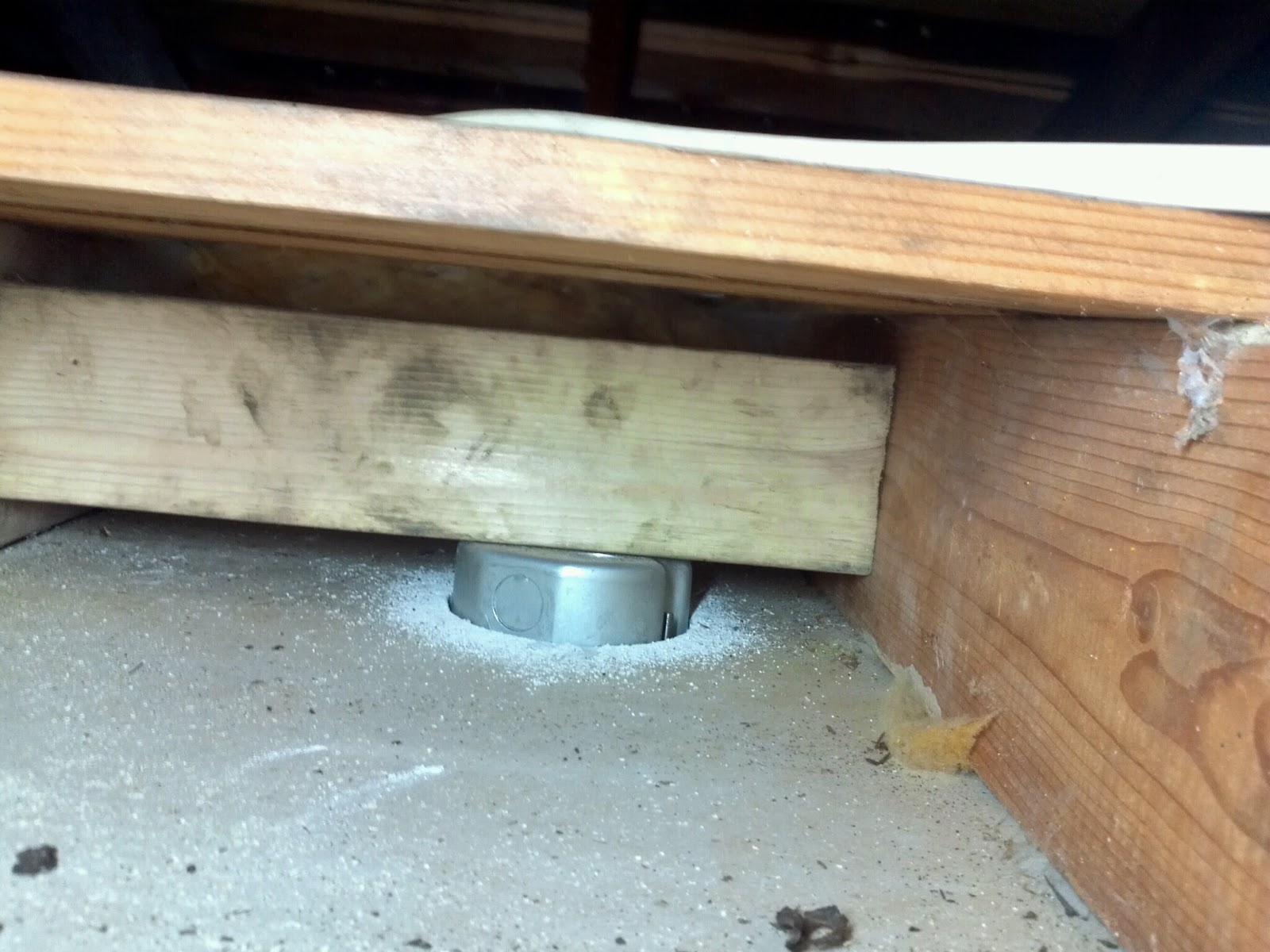 Next it was time to do the wiring.  This is where the problems began.  I snipped the hot, switched wire, which used to go to a pair of outlets, and ran that to the box.  I needed to keep the common wire where it was to power other outlets, so I tried to tap into a different common wire.  Bad idea. 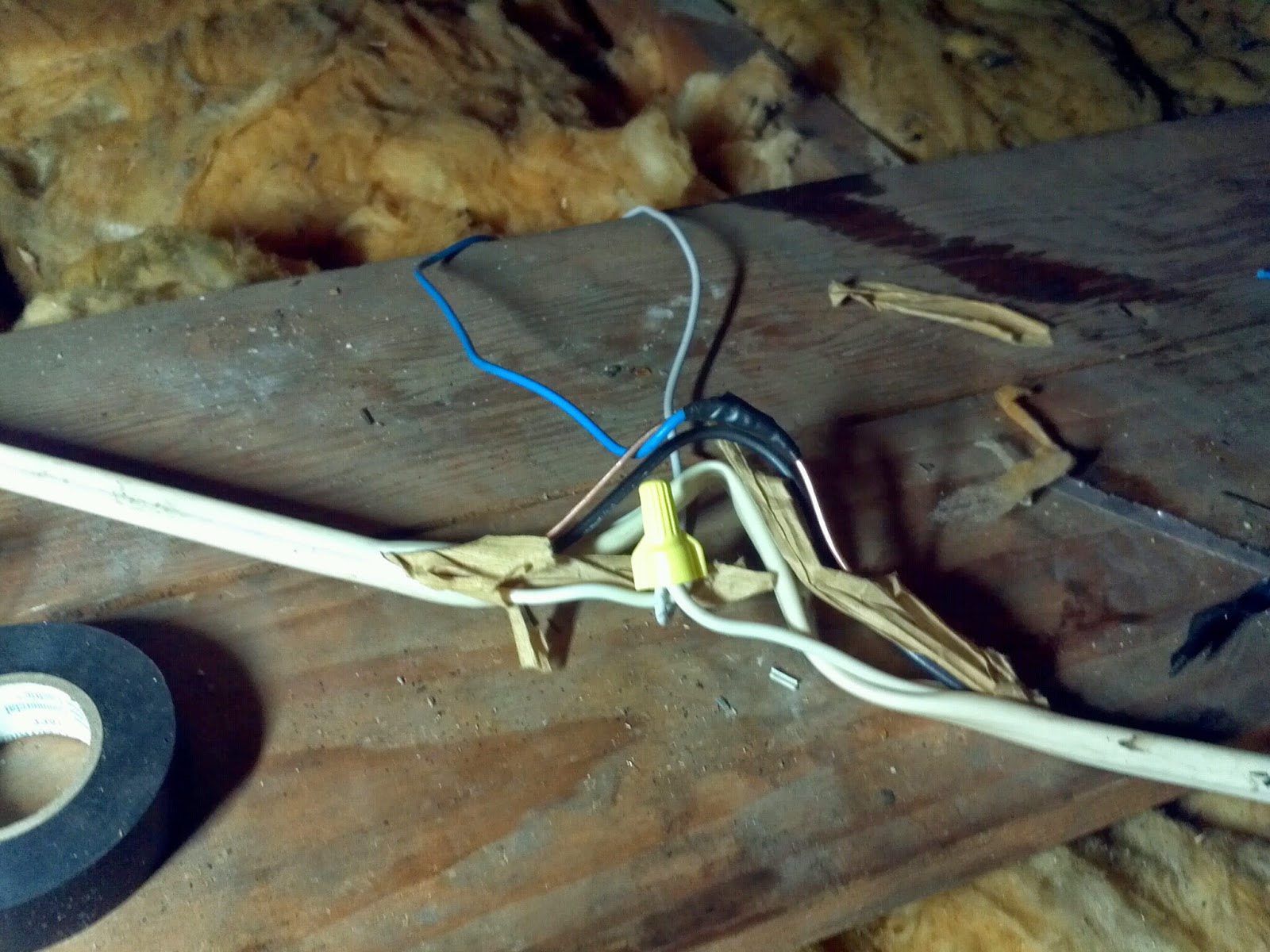 This resulted in a very low voltage at the box which couldn't power the fan, so I had to go back into the attic and tap the original common wire.  This is how I learned AC and DC are different.
When doing this, the outlet in the master bath stopped working, but I'll come back to this.
Once I got power to the ceiling receptacle, I mounted the fan, a Harbor Breeze Kingsbury. We liked this fan because it was big (70" diameter) and low profile (15" from ceiling to bottom of light). 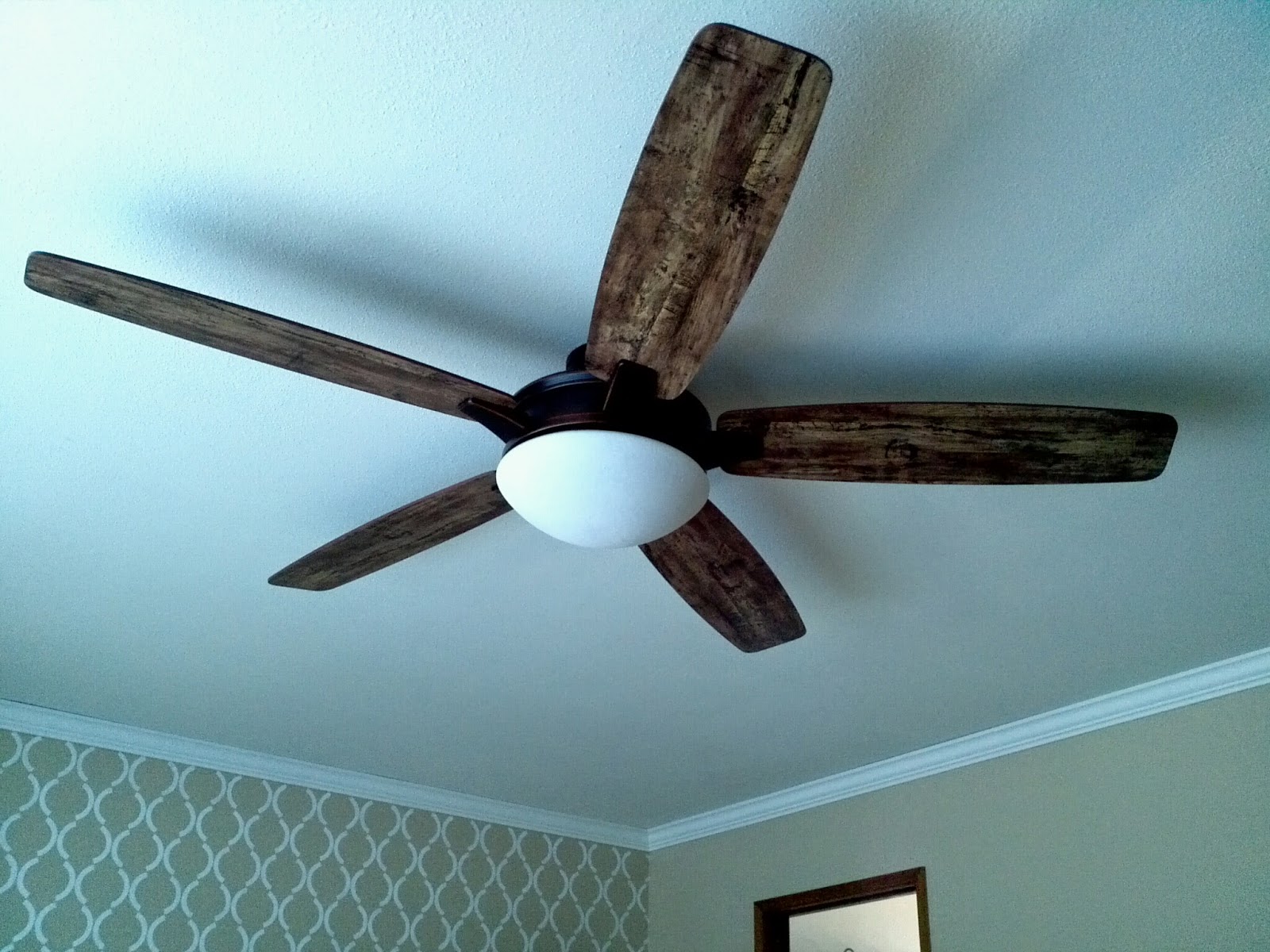 It looked good in the room too. 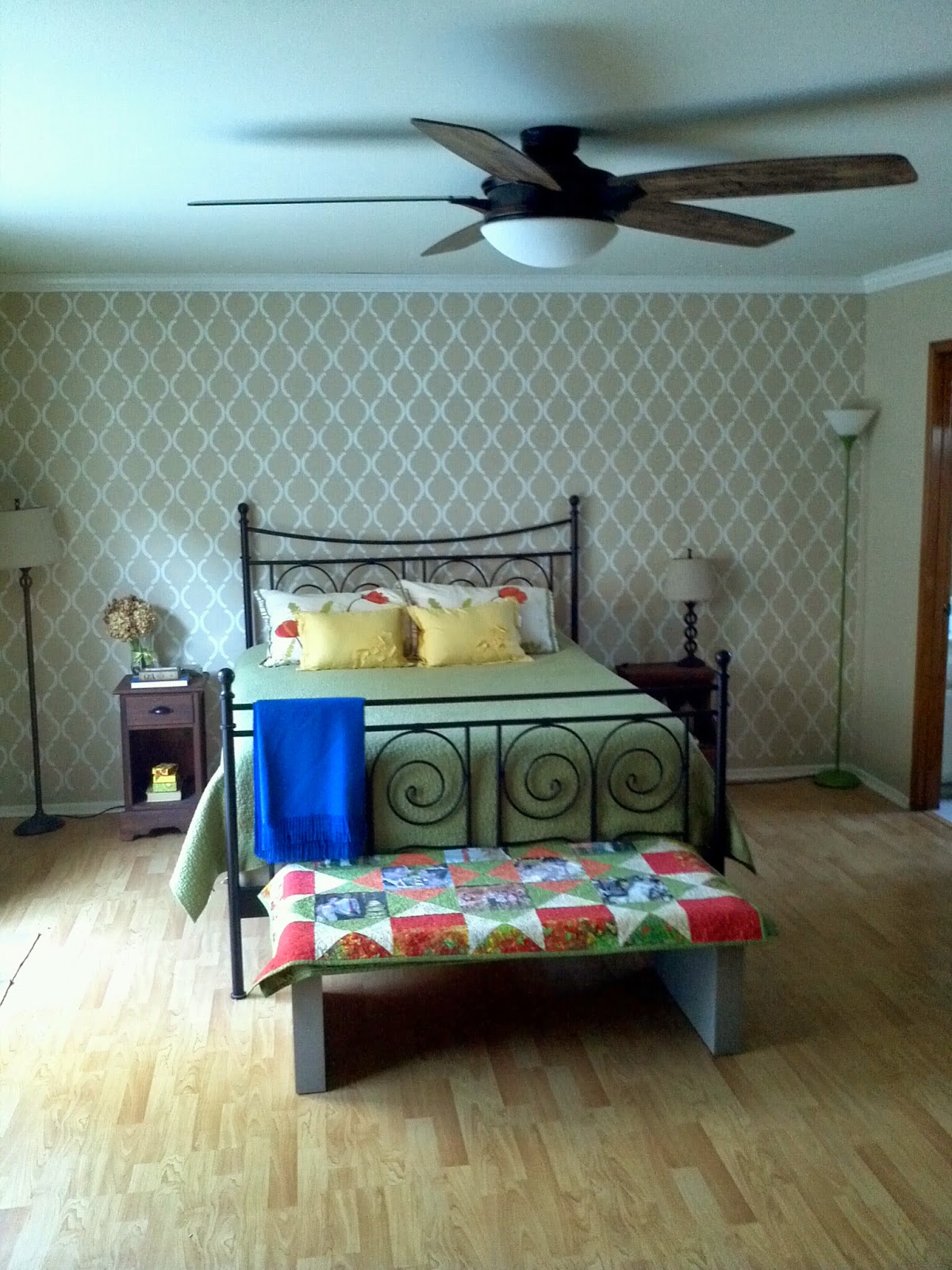 Unfortunately, it shook violently.  I did a little research and found this review on Lowes' website, which could have easily been written by me:

Love the look of the fan, so after getting what we hoped was a lemon, we returned it and got another. Same thing, the fan hub is out of round and vibrates excessively. Terrible quality. Can not run the fan over the lowest setting. Returned it. I've installed dozens of fans, and balanced them all. This one is beyond being able to balance with counter weights. I'm also a Mechanical engineer and PE. This is a poorly designed and fabricated fan.

I'm not sure if it was naive, but we decided to give the Kingsbury one more try, in case we got a lemon.  Of course, the second one didn't fare any better, but it did manage to waste a lot of our time.
Another interesting aspect is that despite the large diameter, the fan didn't seem to move much air.

Before mounting the new fan, I decided I would straighten out the receptacle, which I had mounted slightly crooked the first time.  That meant another fun trip into the attic.  With a little help from Chrissy, it was as straight as it was going to get.

I installed the new fan and held my breath when turning it on for the first time.  Even on the lowest speed, it produced a noticeable breeze.  I slowly increased the speed and reveled in the airflow (hurricane force when set to 6) and lack of wobbling/shaking.  This one is rock solid.  Hallelujah! 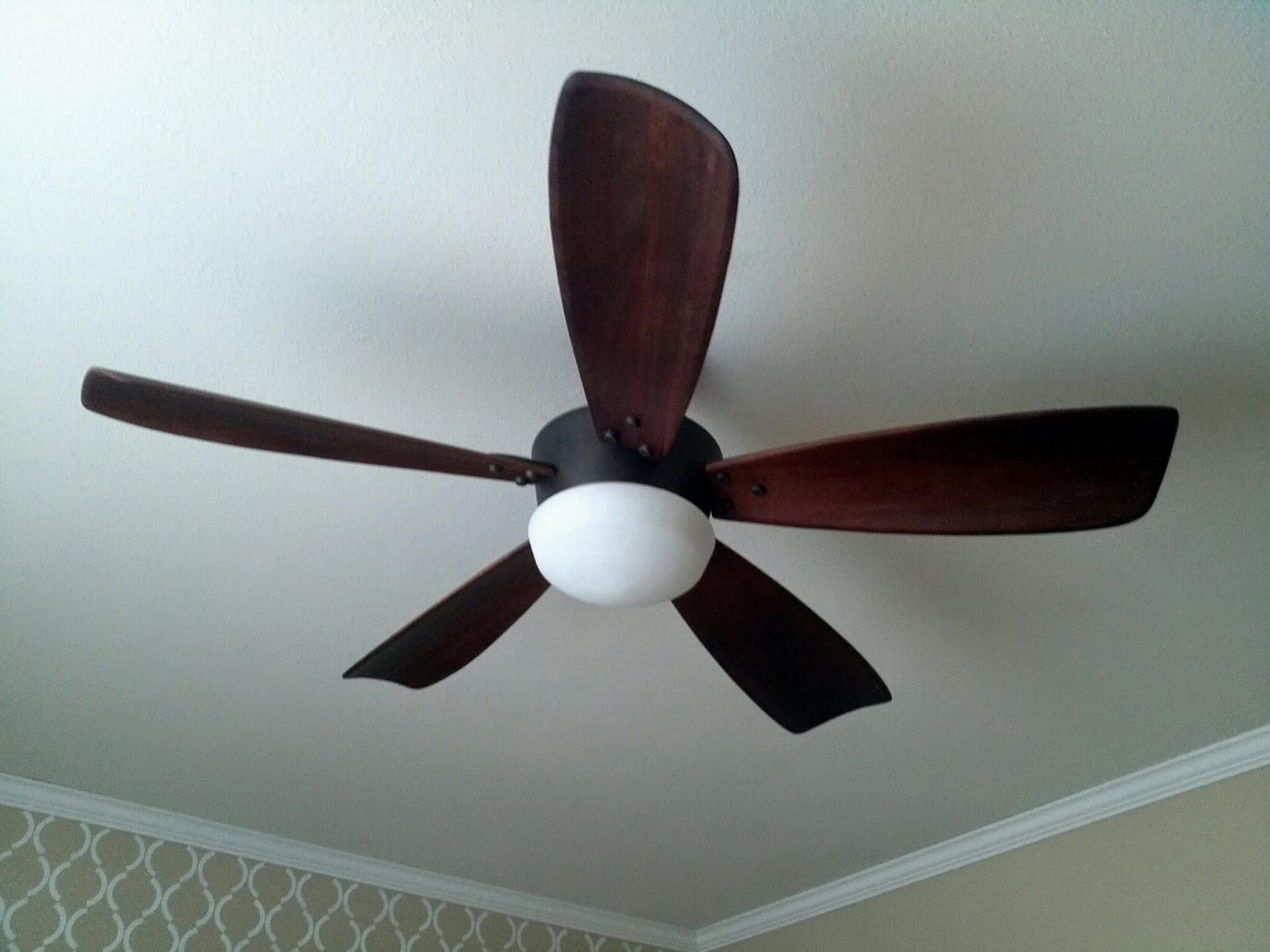 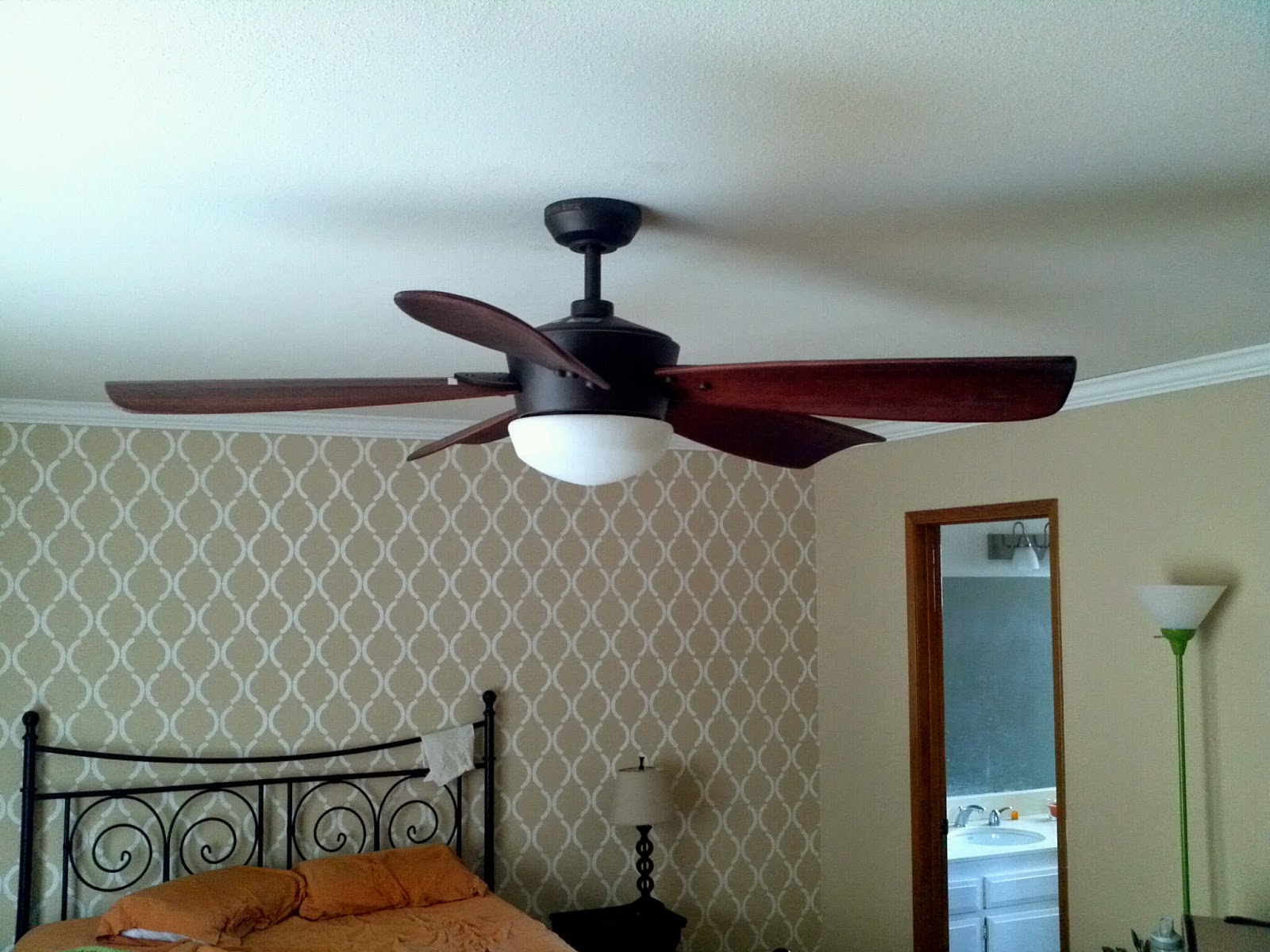 When straightening out the receptacle, I also tried to investigate the bathroom outlet failure.  After wedging myself into some tight, miserable corners, tracking wires, I remembered what had caused power outages in the past.  I yelled at Chrissy from the attic to try to reset the GFCI outlet in the other bathroom.  She did that and all was well.  Hallelujah again! 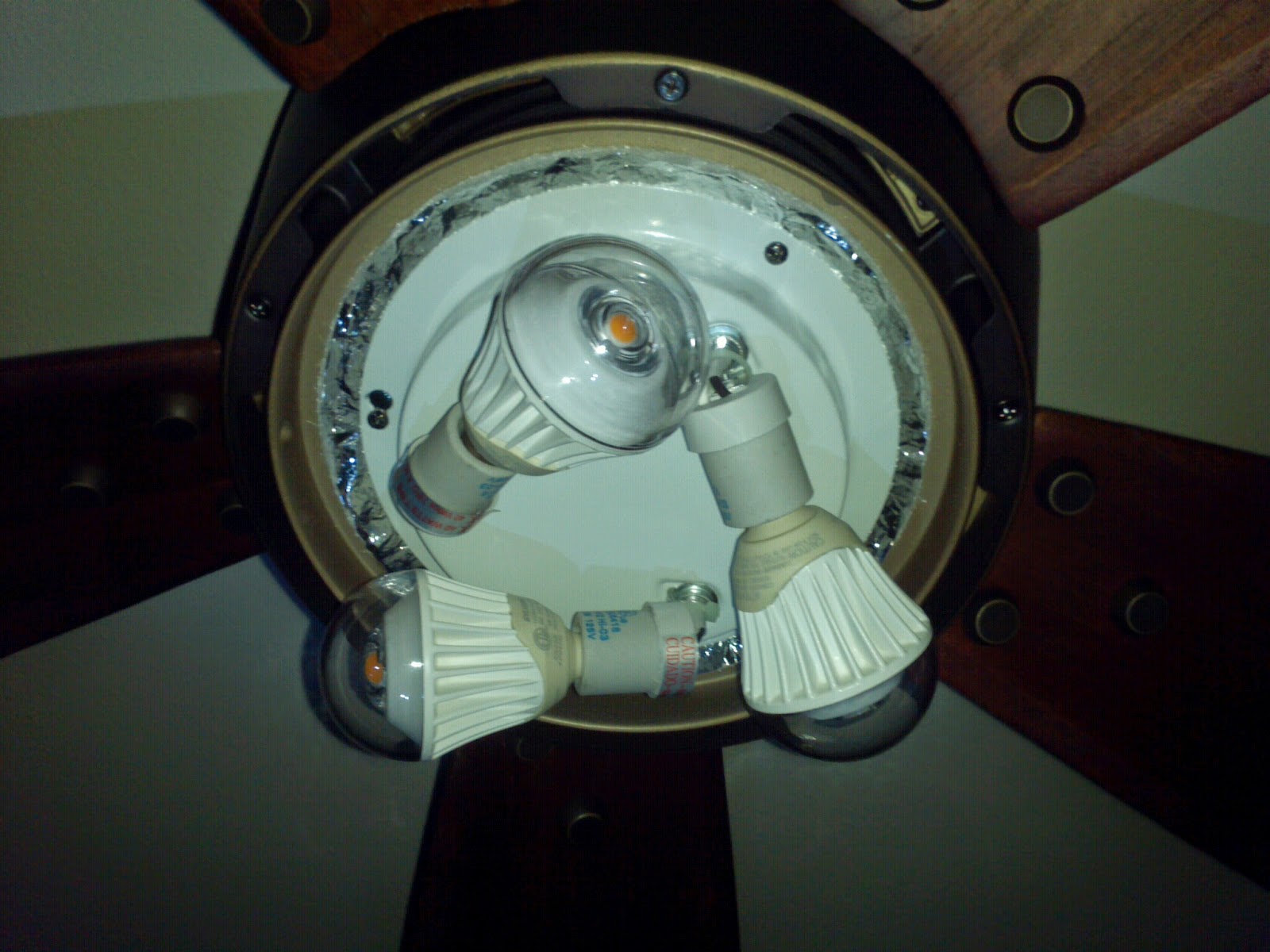 This new fan hangs a little low, so I'm considering shortening the rod, but I'm going to live with it as-is for a while and see how it goes.