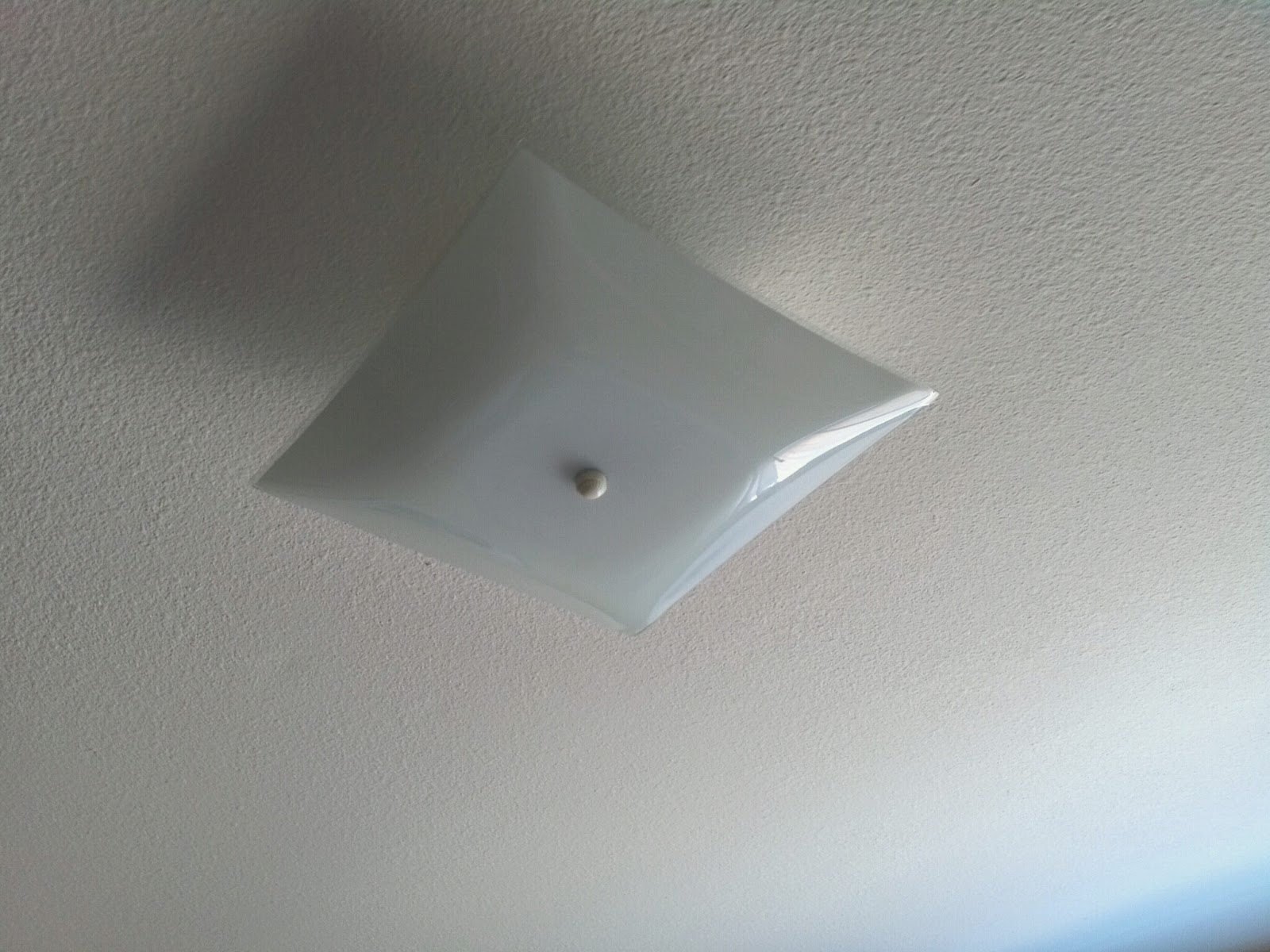 I should probably start by telling you our "office" is the smallest room in our house, yet we tend to spend more waking hours there than in any other room.  Unfortunately, it can get a little stuffy in there, so we needed some airflow.  The obvious solution was to add a ceiling fan.  It also helped that the existing light was literally the cheapest fixture you can buy at Home Depot.

We visited both Lowe's and Home Depot in search of the perfect fan, and after roughly four hours of me hemming and hawing at each place, we finally bought one.

These are the tools the fan's instructions claim you'll need: 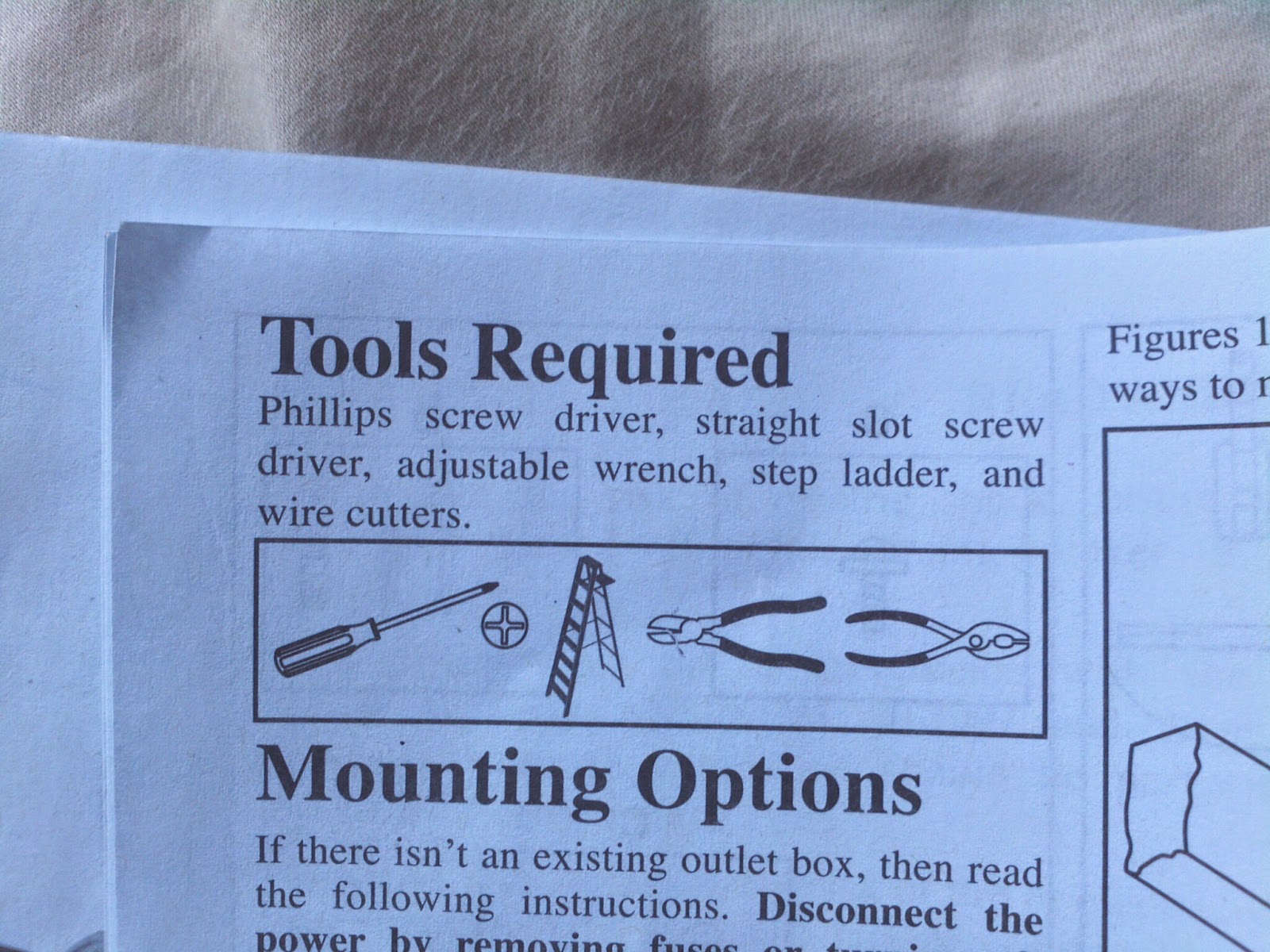 Here are all the tools I actually needed.
I kicked off the project by voiding my warranty.  The fixture allows for a single bulb, and the one it comes with is a tiny "60W equivalent" compact fluorescent.  There's no way that was going to cut it, so we bought a 100W equivalent LED.  Of course, that bulb didn't fit, so I had to modify the mounting location of the socket.  This was a foolproof plan (note the sarcastic foreshadowing).
The next (miserable) step was to replace the ceiling mount with something that could support the weight of a fan.  Here's the existing, plastic box:
Here's the new, metal box:
As luck would have it, the existing box was located directly below a 1x6 stringer that ties the joists together.  That made installing the new one particularly miserable.
Let me remind you again--only go in your attic first thing in the morning, when it's not 130 degrees in there.  That is my policy, but I wanted to get this thing done and I am going to be gone this weekend, so I decided to go for it in the evening.  It was just as sweaty and filthy as I expected. 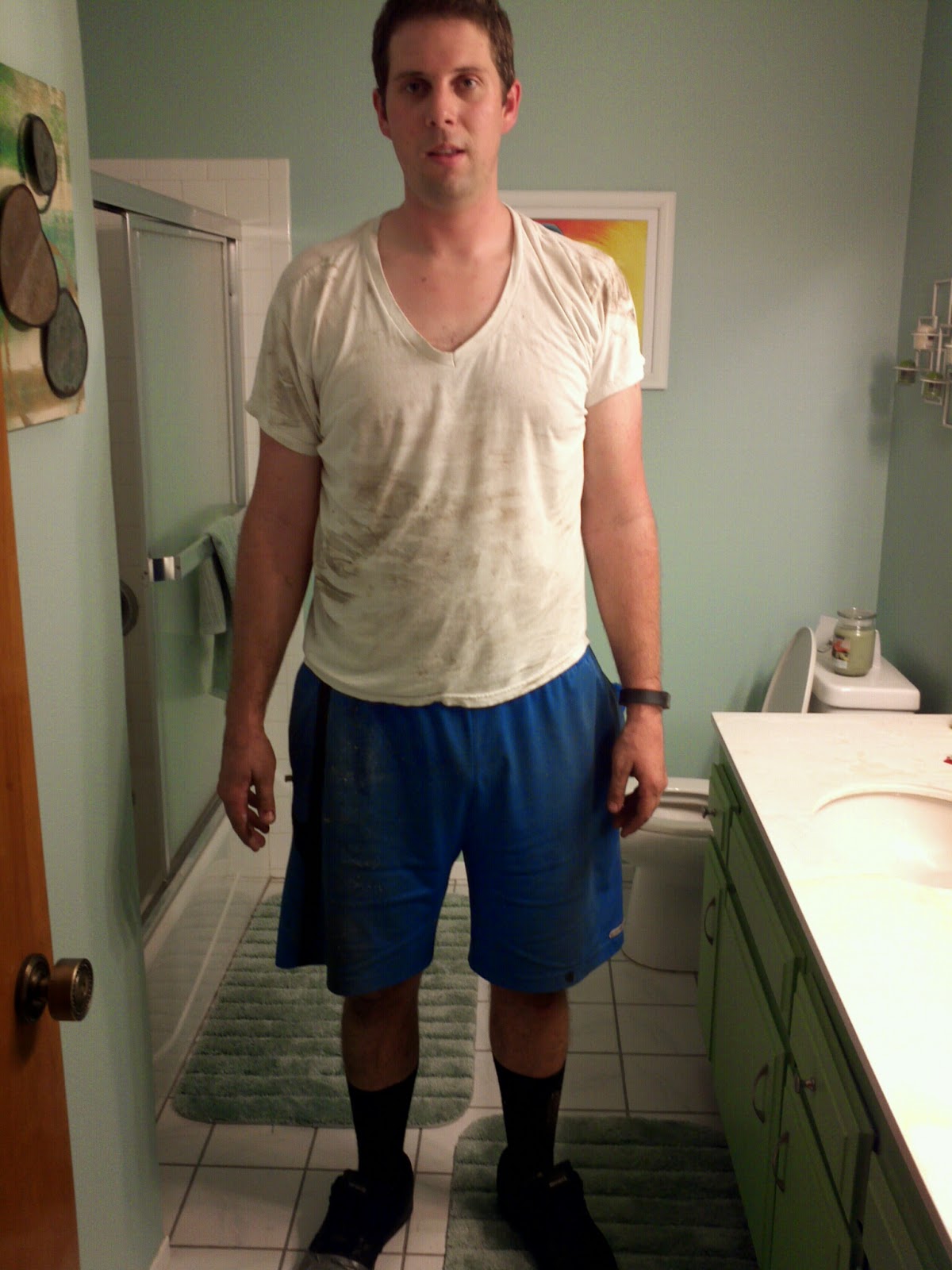 After getting the new mount installed, the rest of the project was relatively easy.  Cramming all the wiring where it needed to go was unpleasant, but not more than expected.

Just as I was hitting the home stretch, I ran into a big problem.  That bulb mount I modified interfered with its mating surface.  Out came the Dremel.

After that, the light went right on and it was done. 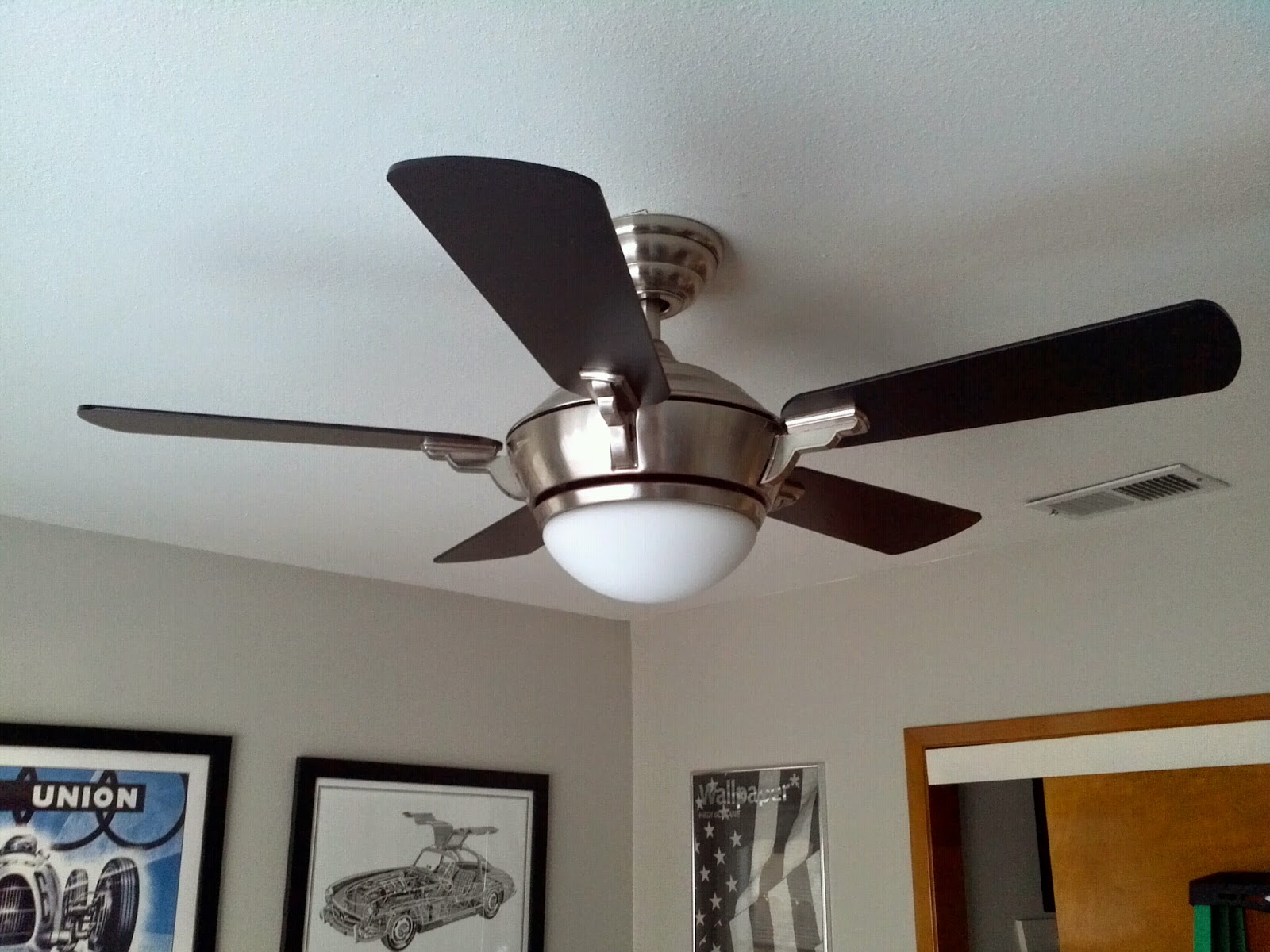 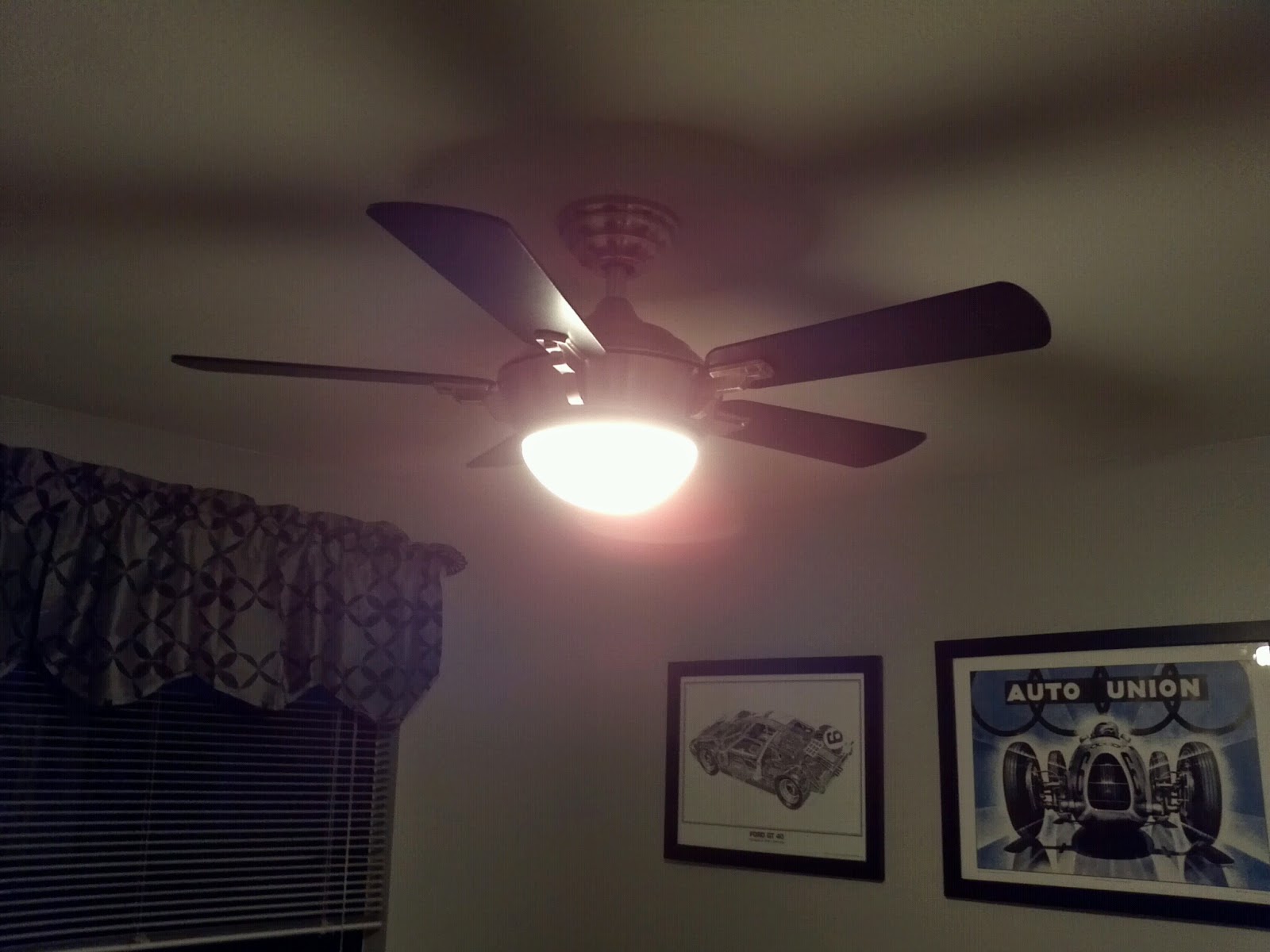 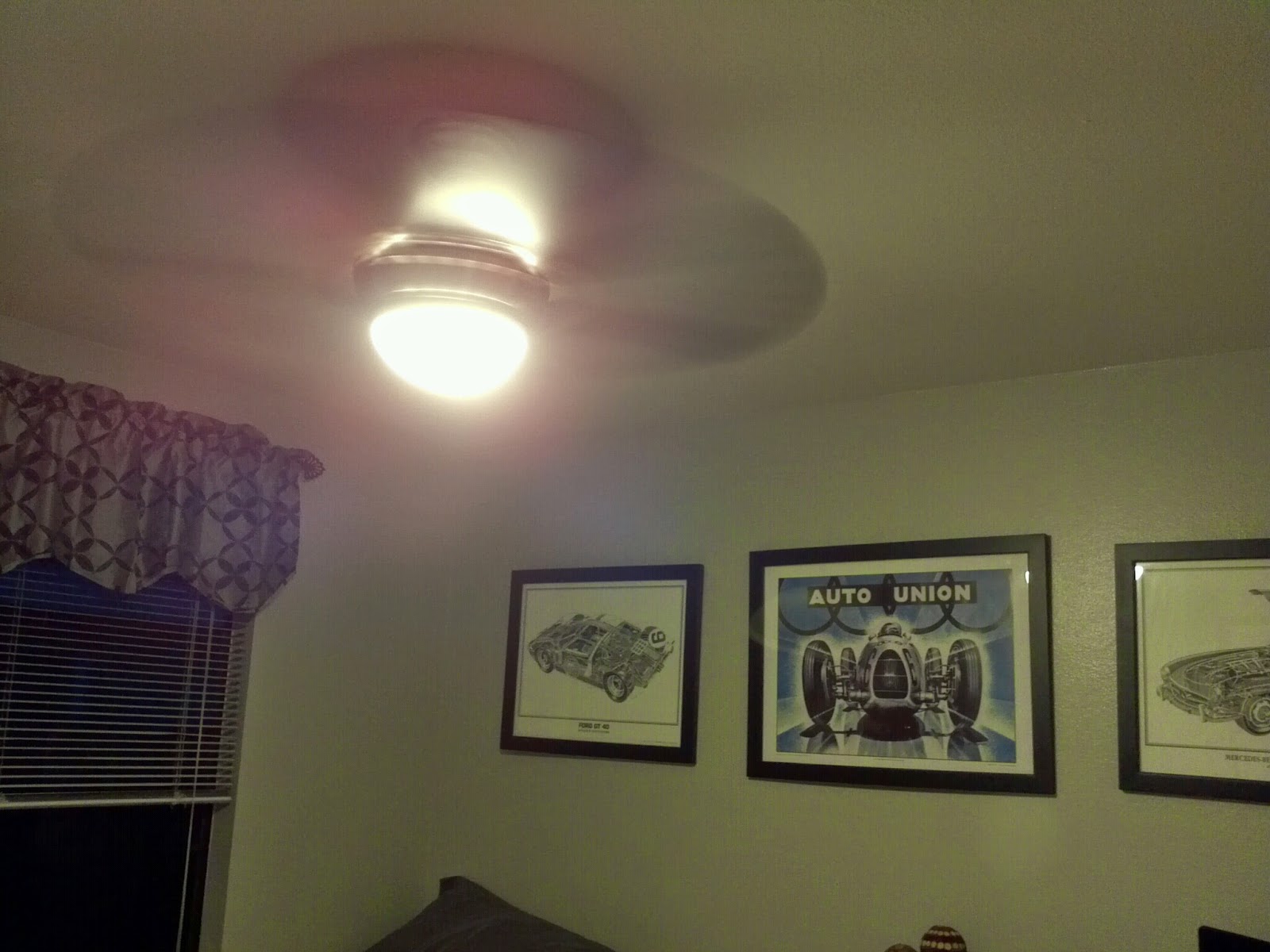 If you're curious, the fan we got is the Midili from Home Depot.  It had the right combination of height, diameter, price, bulb type, and light distribution--all the things that made me hem and haw.