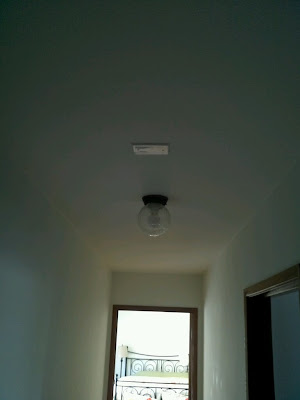 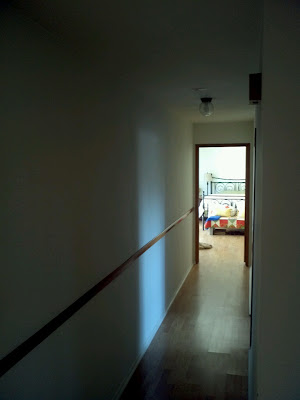 Here is our hallway; note that all bedroom doors are open and it is still that dark.

I had the roofers install the top part of the "solar tube" type skylights, so all I had to do was cut a hole in the ceiling and run the tube, which is much more difficult than it sounds. 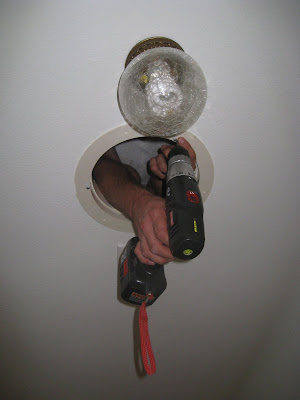 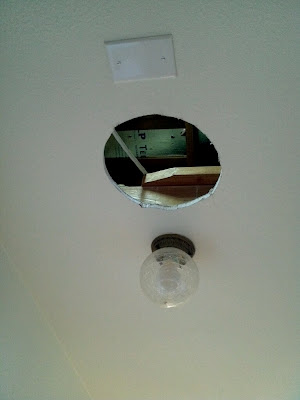 I made the poor decision of doing this in the middle of the day when it was approximately 140 degrees in the attic.  It is just about the sweatiest I've ever been.
I also did it when nobody was around to help, so I had to go up and down from the attic about 32 times. 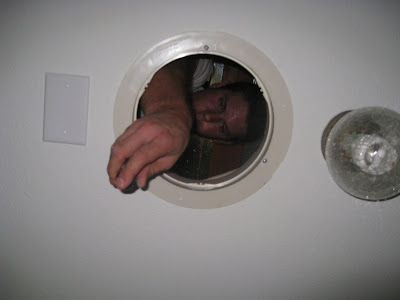 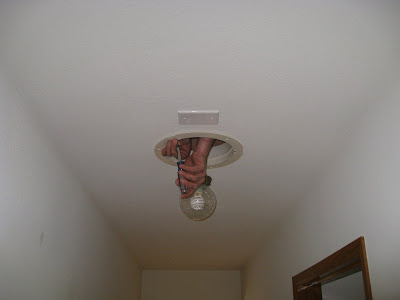 This is the finished product from inside the attic. 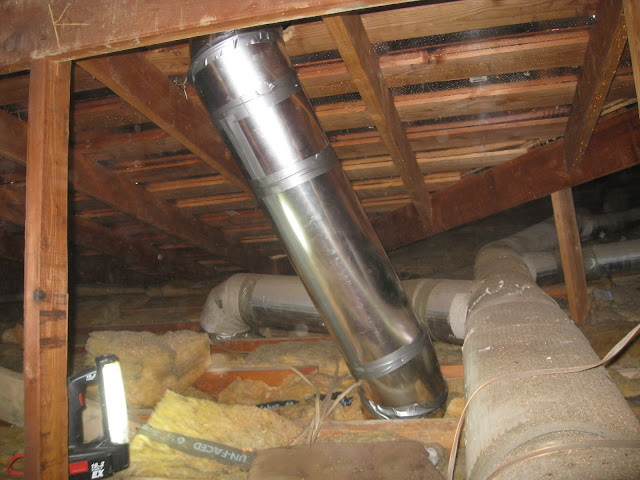 And this is what it looks like in the hallway (before and after).  Even with the doors shut, it is now much brighter. 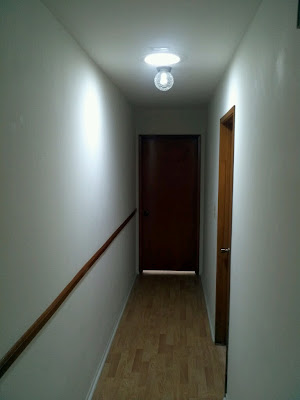 If you are curious, we went with the 10" tube by Velux; available from Lowe's.  I chose this over the slightly cheaper Home Depot version because it includes metal flashing for the roof instead of plastic. 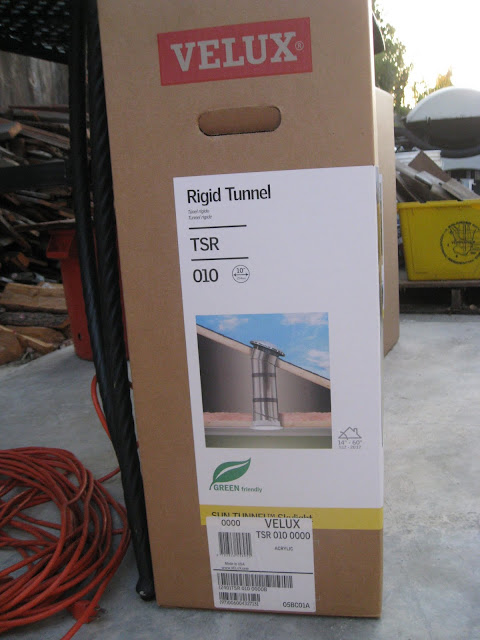 Stay tuned for the post about the second skylight, which is an even bigger improvement than this one.