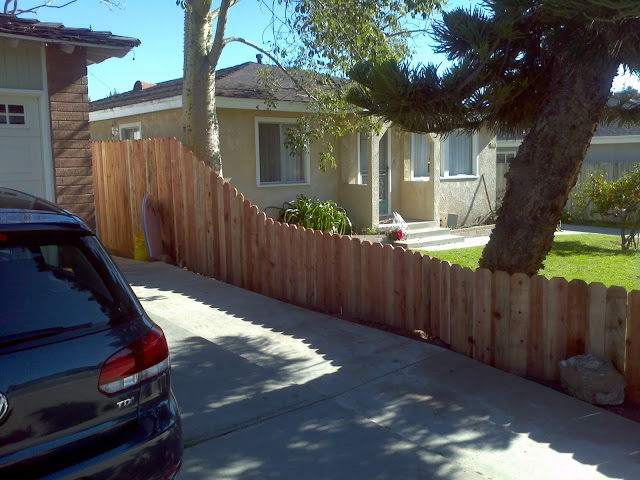 Our fence was pathetically short and falling apart.  It was literally held up by pieces of string, so it was time to replace it (the new one is shown above).  We figured Christmas would be the best time to accomplish this since we would have a bunch of unsuspecting family members in town to con into helping.

It started with a trip to Home Depot and a handy 10% off coupon. 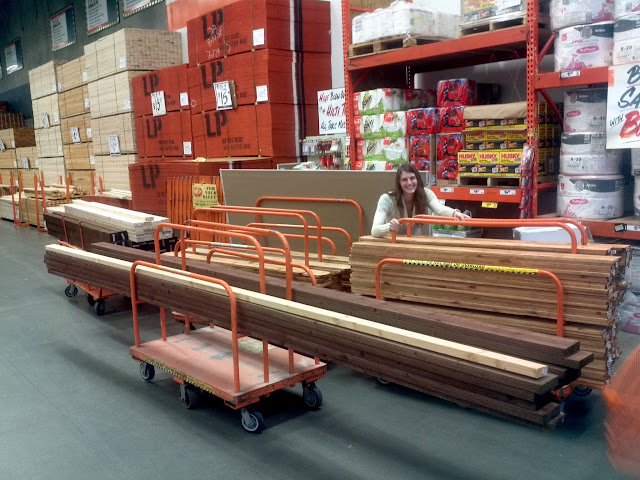 I've never had four carts full of stuff before, but this is what it takes to build 150 feet of quality fence.

Two pickup loads were required to get it into the garage. 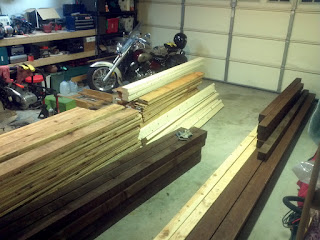 The next step was to remove the old fence, which, due to its rickety nature, took half an hour at most. Also notice how short the fence is. 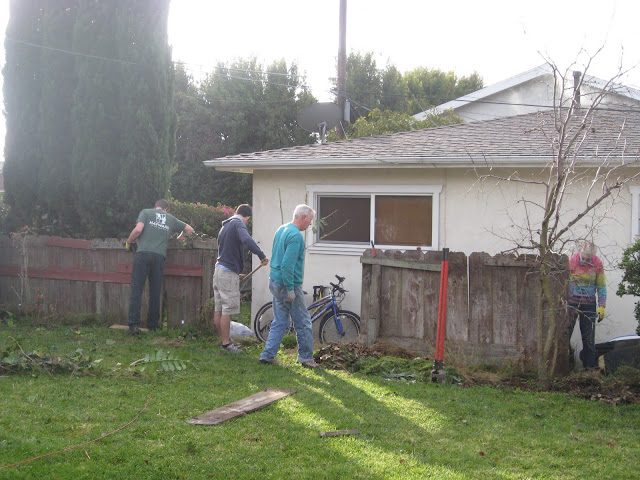 King of the pile. 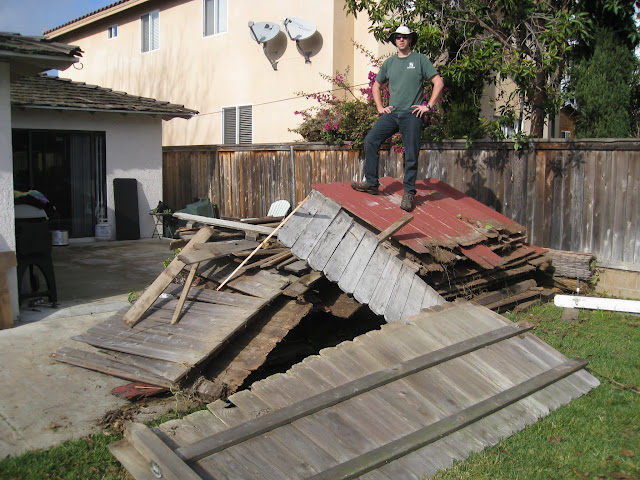 Free firewood.  Going from the photo above to the one below was a miserable process I completed after my helpers left.  It even killed my beloved Twin Cutter. 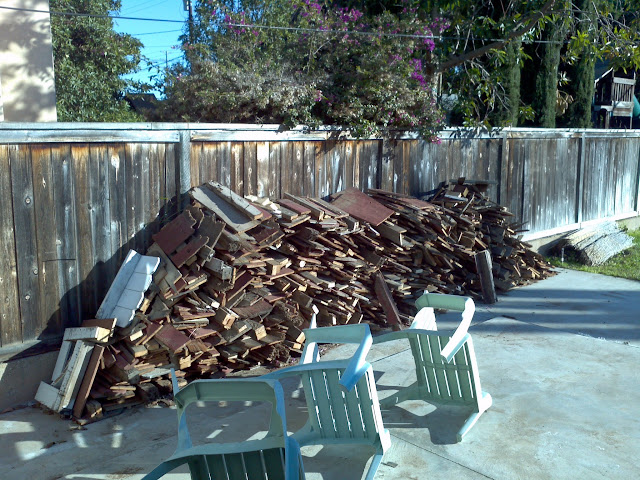 The old fence allowed us to have our first fire in the fireplace. And who's that sexy bride in the corner? 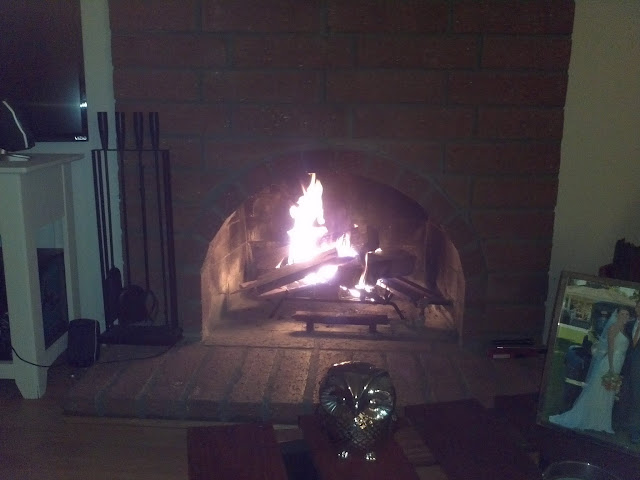 The new fence started off well, with the easiest post hole digging ever.  Then we hit the concrete.  We spent miserable hours digging out a dozen or so giant chunks of concrete that had held fence posts in the past (see the chunk in the lower right corner of the lead photo to see what I'm talking about).  This is why I don't believe in concrete around fence posts and will always practice the tamping method, passed down to me by my father. 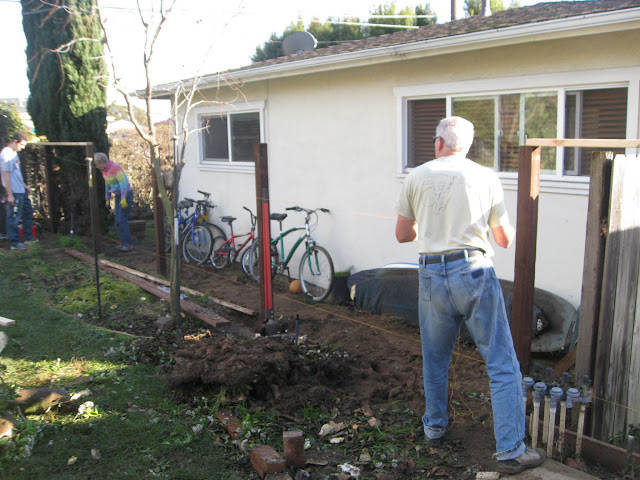 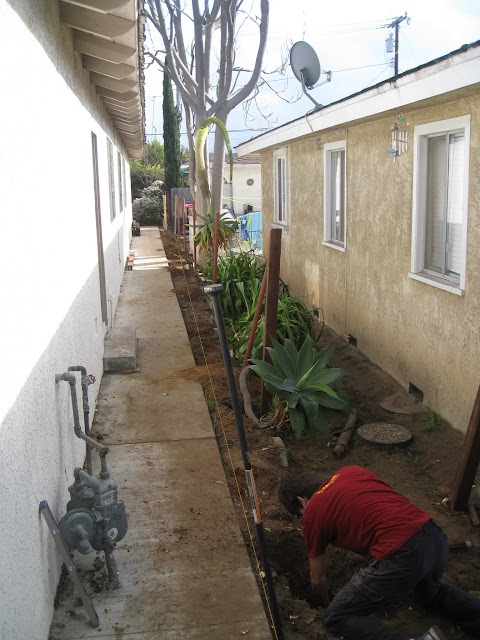 Eventually we were able to start screwing boards on. 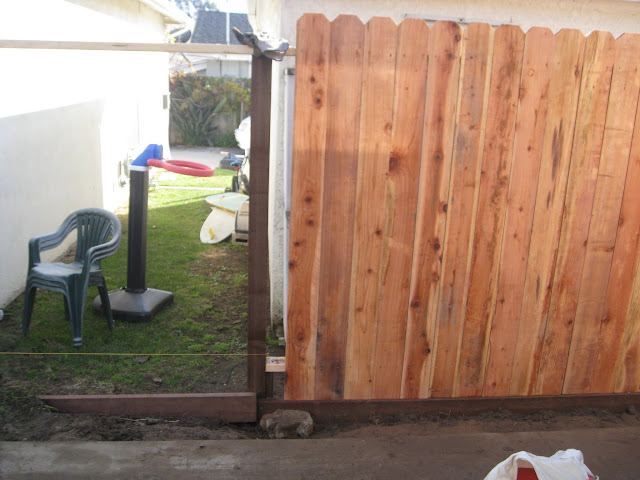 And we did finish (notice the new height compared to the old).  It took us three mostly full days and 87 Tecates to tackle this beast of a project, and we couldn't have done it without our wonderful family.  They deserve a huge thank you. 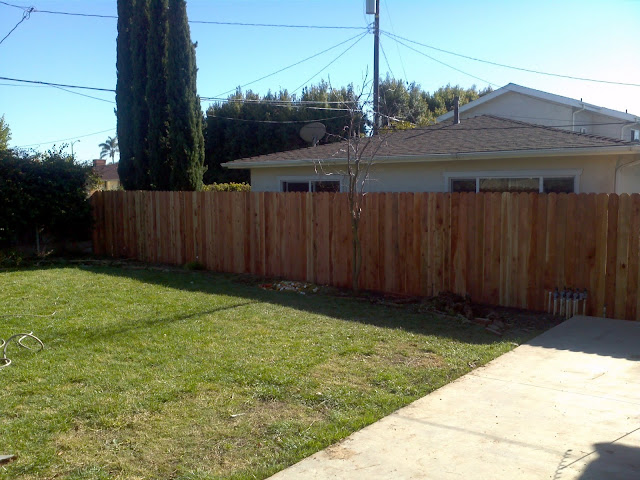 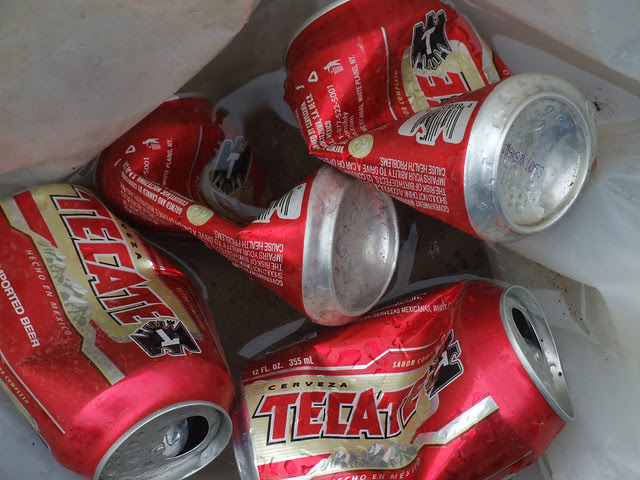 I want to take a moment to point out my favorite feature of the new fence, The Kink.  You probably didn't even notice it in the lead photo because it is so perfectly executed.  Anyway, we had to go around a tree, and the result is spectacular.